Yellowtail still holding their own


The "Pride" and the "Pacific Voyager" both had big days yesterday on yellowtail scoring 32 and 21 respectively at the Rockpile. The rest of the fleet had only a few fish each. What made the difference?

Both boats made their score very early in the morning before most others got there. There are plenty of barracuda in the lee of South Island along with a few yellowtail. Word has it, the sea lions were not as bad as they have been lately.
​
Offshore


It appears that there are two areas of bluefin down here. One out west at the 380 fathom spot and another one closer to San Martin at the Tuna Hole.
The bluefin are willing to chew in less than ideal conditions. At last word the wind is still up but is coming down.


With the horrible sea lion activity going on at the Islands, much of the focus has been on the sand bass fishing at the Bull Ring. It's pretty good fishing, too. Mexican limits - or close to it - is the rule here. There are also some barracuda mixed in. Some of these are very big, upwards of 10-11 pounds!

Over at the Island, the yellowtail are around, mainly in the lee of South Island in spots like the Ribbon Kelp and Five-minute Kelp. They are also at the South Kelp and on the Ridge. The yellows are on the spooky side and when you do get lucky enough to hook one, the sea lions come racing for it. You might want to have a bucket of dead mackerel with you to feed the dogs with as soon as you hook a yellow

With the Yellowtail Shootout happening this weekend, there might be enough boats out here to spread out the sea lions enough to catch yellowtail&#8230;
​
La Salina

Kelps to the north holding yellows&#8230;
http://www.bdoutdoors.com/forums/ba...2-kelp-paddy-yellows-more-local-rockfish.html
Last week's reports
Lots of yellowtail reported being seen here by the local guys&#8230;not a lot of catching though. The wind has been brutal the past few days.
http://www.bdoutdoors.com/forums/ba...-6-17-12-kelp-paddy-yellows-bass-barries.html
06/25 reports

Sloppy Monday at Salsipuedes. Not much happening except bottomfish&#8230; fishdope.com
Offshore


Too much wind! If this wind would back off the fishing for bluefin and yellowtail would be much better. Even still, it's pretty darn good. The yellowtail are mainly in the 8 to 10 pound class and the bluefin are 18 to 20 with a few larger.

Kelps holding yellowtail are up as far as the 1140 Finger to the Lower 500 now and still moving north. Wind is making locating kelps very difficult. The tuna for the most part remain down around 110 to 115+ miles. The numbers from past days remain good. The majority of bluefin are showing from the 117 line and west. Some of them are being hooked on kelps while fishing for yellowtail. The wind is making it almost impossible to see breezers and jumpers. (white caps make for seeing lots of phantom jumpers!)
Still no signal from albacore. Maybe this weekend will have some show up. It's time now for them to pop up. Stay tuned........

Second area is centered at 30.30 x 116.30. This zone is inside and down from the above area and is out to the west of San Martin. It's a zone that runs roughly SE to NW towards the block mentioned above.​
San Quintin 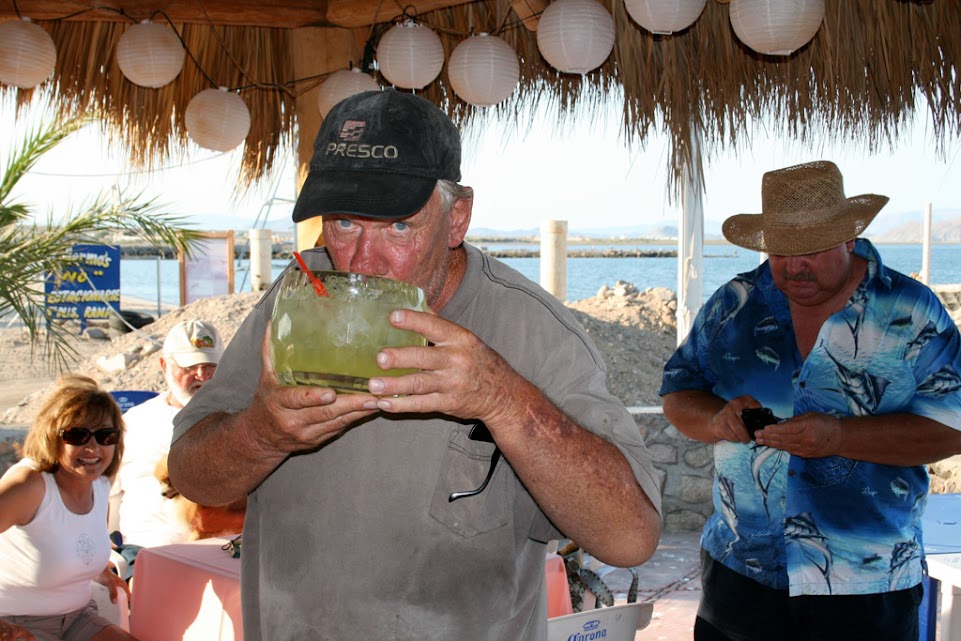 A fistful of yellow&#8230;
http://www.bdoutdoors.com/forums/baja-mexico-fishing-reports-discussion/440085-loose-crew-bola.html

Massive amount of calicos up to 10 pounds. Many in the 3 to 5 pound range caught in the kelp, on the stones and boilers&#8230;Bill, Martin andSteve
http://www.bdoutdoors.com/forums/ba...cussion/436796-cedros-isalnd-june-9-12-a.html

Monday we were all in a bit of a fog after all the fiestas on Sunday.Juanita has the best cure for THAT....menudo and cold Tecate (followed by a nap)! &#8230;Shari Bondy

That&#8217;s a mouthful! Our friend, Rich Jones, from Hyrum, Utah knows a photo opportunity when he catches one! Take a look at the great colors on this fresh giant bull dorado he took this week north of La Paz! It looks like dorado season finally hit!

Who Said the Yellowtail bite was over in La Paz??????

Bus schedule and directionsto La Paz from Los Cabos Airport:
http://www.bdoutdoors.com/forums/ba...us-info-people-flying-into-san-jose-cabo.html
This is more like it today&#8230;more like the way fishing is supposed to be right now! Limits of dorado for many of our pangas in the best dorado day of the season. FINALLY! Plus good roosterfish, sailfish and still some yellowtail. All the way from Montana, Mike Harvey put the hurt on this nice bull!
http://fishreport.jonathanroldan.com/

Our best fishing week of the season! ...John Ireland

Tuna limits plus for almost all of the boats.


Well, we still haven&#8217;t caught anything over 40 pounds yet, but any day now. After losing the first 24 pound fish and a large sail (both pulled the hook), we then caught a marlin, sail, three 25 to 37 pound dorado and several more. Have heard of many 50+ pound fish caught this week. One friend was claiming eleven kept that averaged 30 pounds. Some big weed patches around, dead whales, and lots of flying fish. A few tuna have been caught too. Looking like a few more great weeks of fishing!​
http://scaamexico.wordpress.com/


Looks like our tuna run never materialized, but with the blue water returning this week maybe they&#8217;ll show again. Water is in the low 80s. Not too many marlin or sails the last couple of days but boats are still doing pretty good. A lot of seaweed patches being found that are holding fish. Some big dorado have been caught, as well as some 200 to 400 pound blues. Still fishing up a storm and looking for a good rest eventually.​
http://scaamexico.wordpress.com/


Today was a lucky day for the Aries Fleet I of Marina El Cid! Rene Casarsa and Robert Money from Houston, Texas caught this 60-pound dorado (mahi mahi) with Captain Jose Zamore and Marinero Zomosa. Look at this enormous fish which is a true delicacy! El Cid Marina​
06/18 report


The water temperatures are up and as predicted, the dorado counts spiraled upward with the warming sea temps. Most of the influx of dorado are smaller fish, in the 10 to 15 pound ranges, but unquestionably they have provided great action for the light-line anglers on the super pangas and cruisers. What we are currently lacking in this area is the typical billfish numbers that tend to arrive with the annual influx of dorado. So far, the billfish have delayed their arrival and I would suppose it is related to the off-colored, clean green waters that extend out beyond the reach of the normal fishing day ranges.​
Puerto Vallarta

On the other hand, it appears the fishing was slow for these guys. 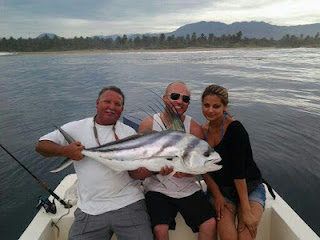 Even Andréa got in on the action with her first rooster along with Rick and Adolfo.

Cameron Hicks with one of his 12spin-caught roosters.
Wild shorts! He wanted blue water fishing and came
dressedfor it,but I talked him into going for roosters
as his best bet. 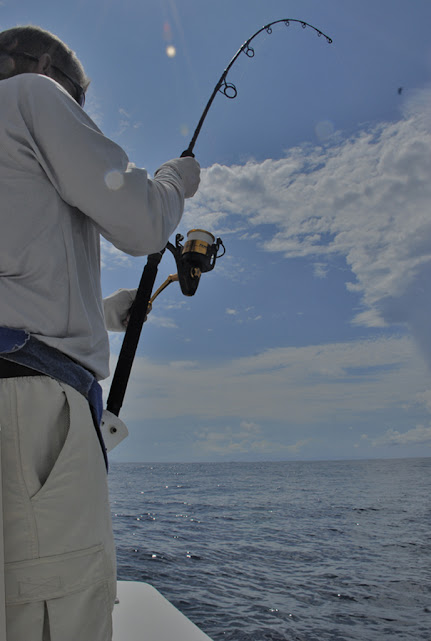 Poppin' in a panga!

I am currently researching old Baja trailer boat stories. If you have any stories with photos of your adventures way back when, I would enjoy hearing them. [email protected].​

Speaking of old Baja stories, Captain Kelly Catain shared a great one this week. In case you missed it:
http://www.bdoutdoors.com/forums/ba...46-la-vaca-san-martin-island-short-story.html