My crew of @Duramax2500 , @Ragin Cajun , @silver slayer & @Unit873 arrived in westport Wednesday evening and got settled in. We launched the boat Thursday morning and meet up with our wounded Warrior Rick. We rolled out of port expecting to slam some salmon, but after a long day of fishing we ended with only 3 coho for our efforts...
Friday was more salmon fishing with two warriors on board, Kat and Marie. We did a little better, but still ended the day short of our limits. We found a good coho chew going on thanks to Donald up at 14/19.

My favorite part of this week is having the chance to get a few of our American Heros out on the water. I had a great time doing so again this year!

Iced down, fueled up, and gear ready, Saturday morning rolled upon us! My plan was based on SST charts (what we could get anyway) and a few whispers of intel. I knew that there was going to be a mass of captains heading towards the 30/30 and most of the big guns were heading south...... way south, so I found some water that looked promising and decided that I wanted to go do my own thing somewhere in the middle!
My starting point was 20/50 in the dirty green water with plans to push out as the day went on. We had great water all day and blazed out to the grounds at 28-30knts. In the past few weeks there have been some very nice fish to be found inside, that is IF you could get them to chew, so I was searching the green water for some pigs. The signs of life were there, but no one wanted to play.... Jumped out to the 125, again no joy so we hopped on out to 20/30 and found good looking water, deployed the troll gear and got a take down almost instantly. Jigs and bait banged out a few fish of which 3 where HOGS! That school was a mixed bag of 12#'s and 25+#'s so we worked hard at an area about 1/2 sq mile and got the same school back up two more times. I spent the day pimping a 130g shimano flat fall jig in excellent fashion and a few more pigs came over the rail. We were sure we had a decent 5 fish limit and around 2pm we packed up shop and pointed NE for our 76m (65nm) run to the tips @ 25knts!

The Got Fish got us to the grounds and back quickly and economically with the zuk 140's and we weighed in with a respectable 133 and change, enough to secure 2nd place in the WTC. We missed big fish by less than a pound and Peanut fish by less than 2oz!

It was one hell of a day and I want to say thanks to my crew and all the people who volunteer for the WTC. 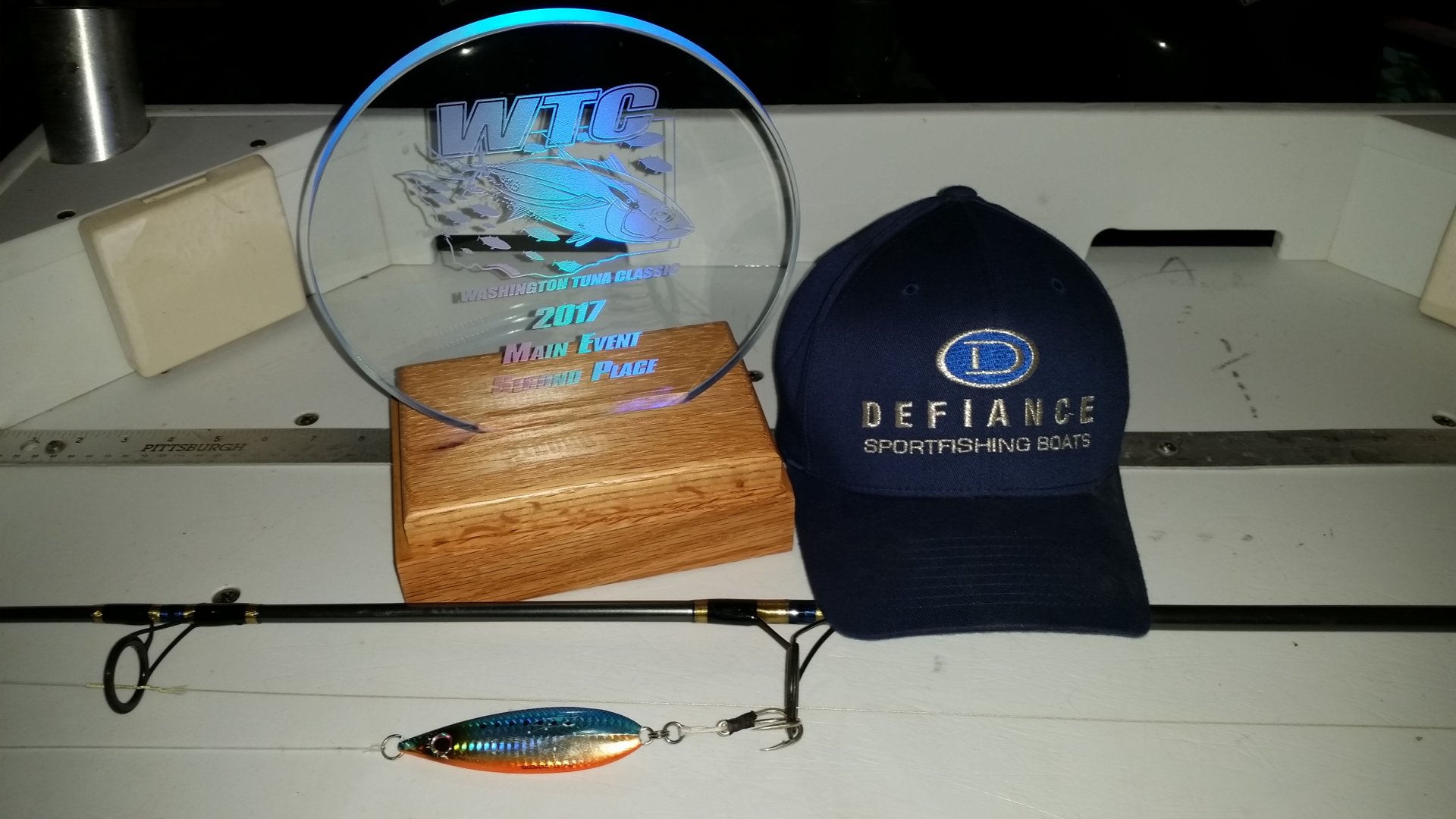 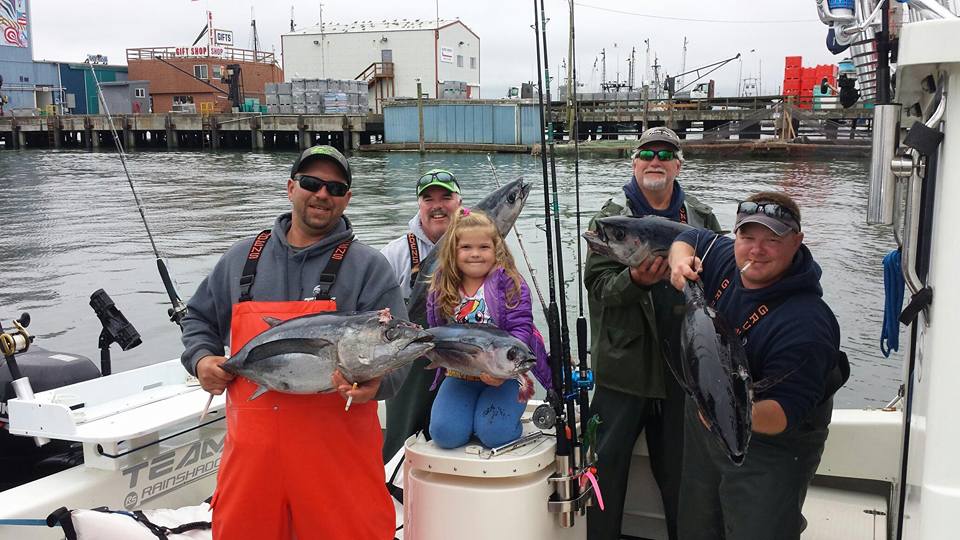 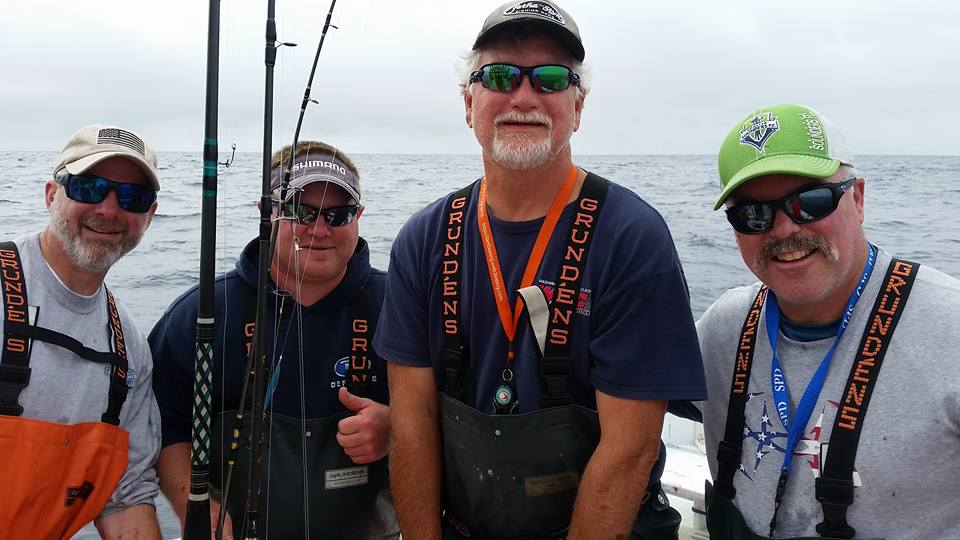 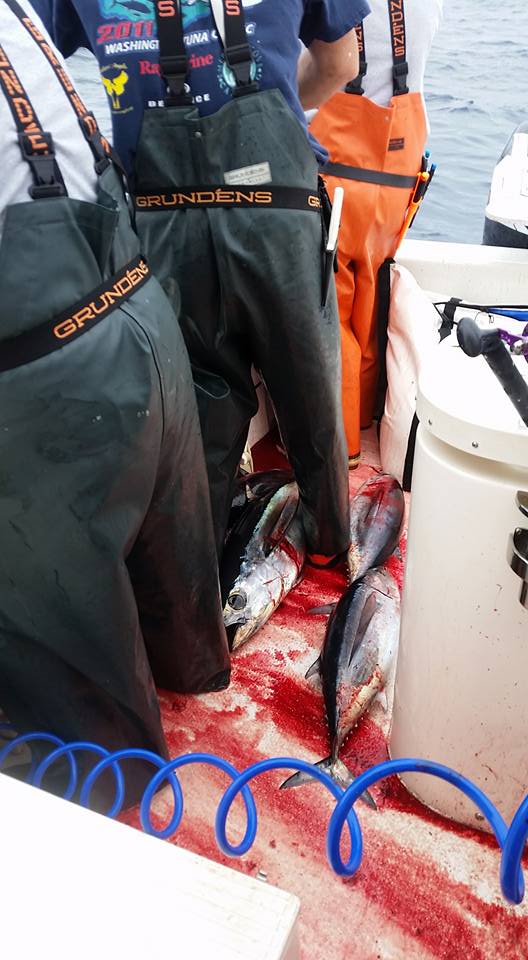 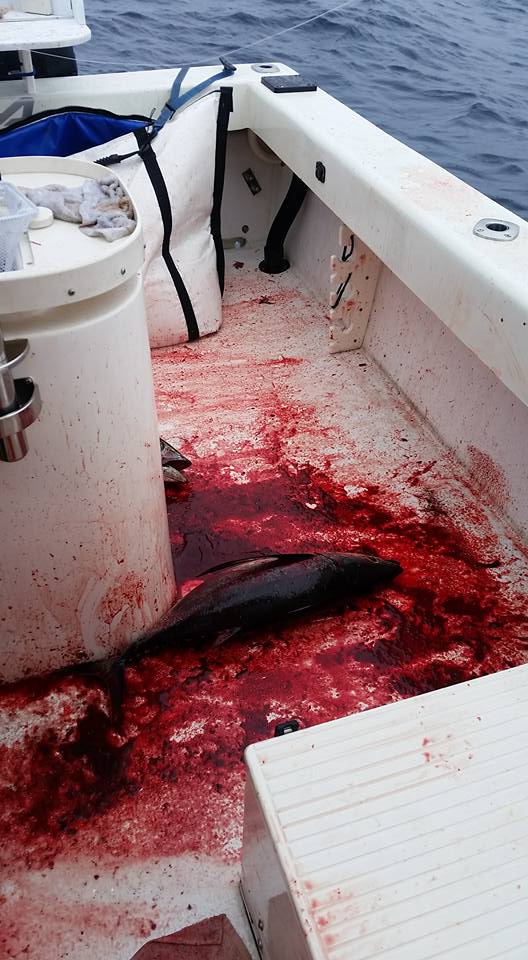 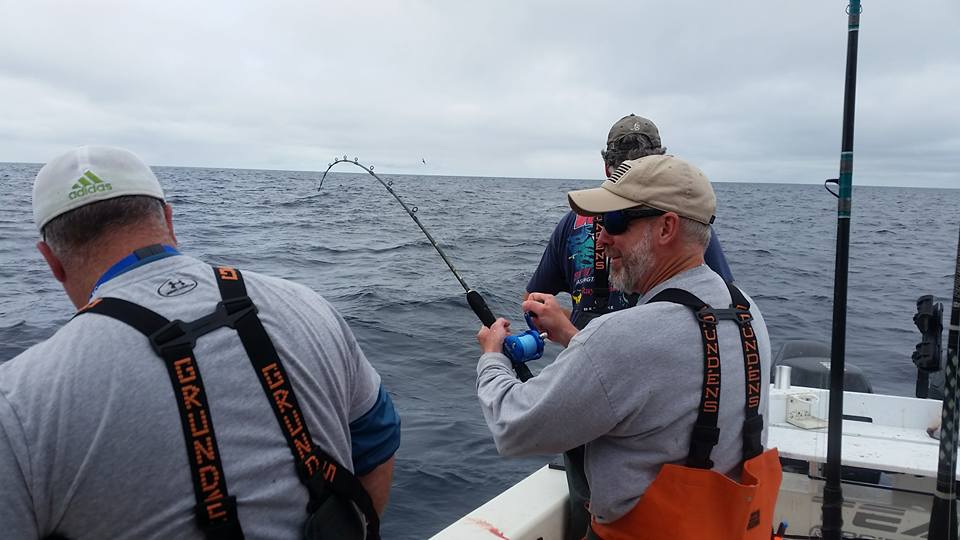 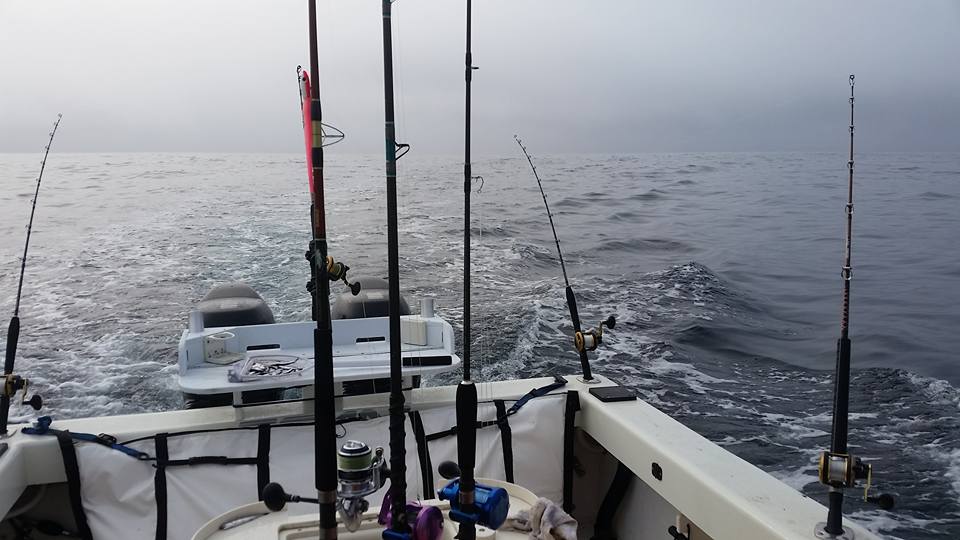 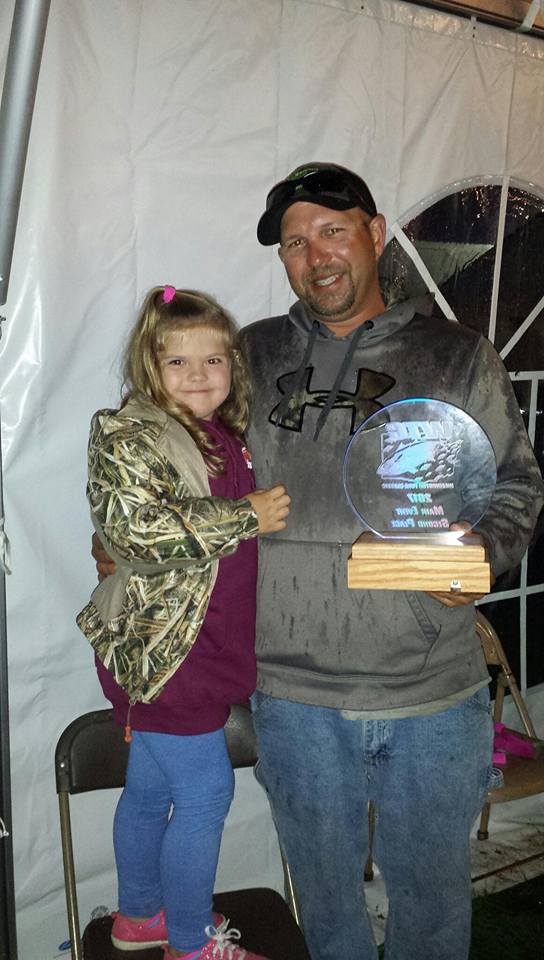 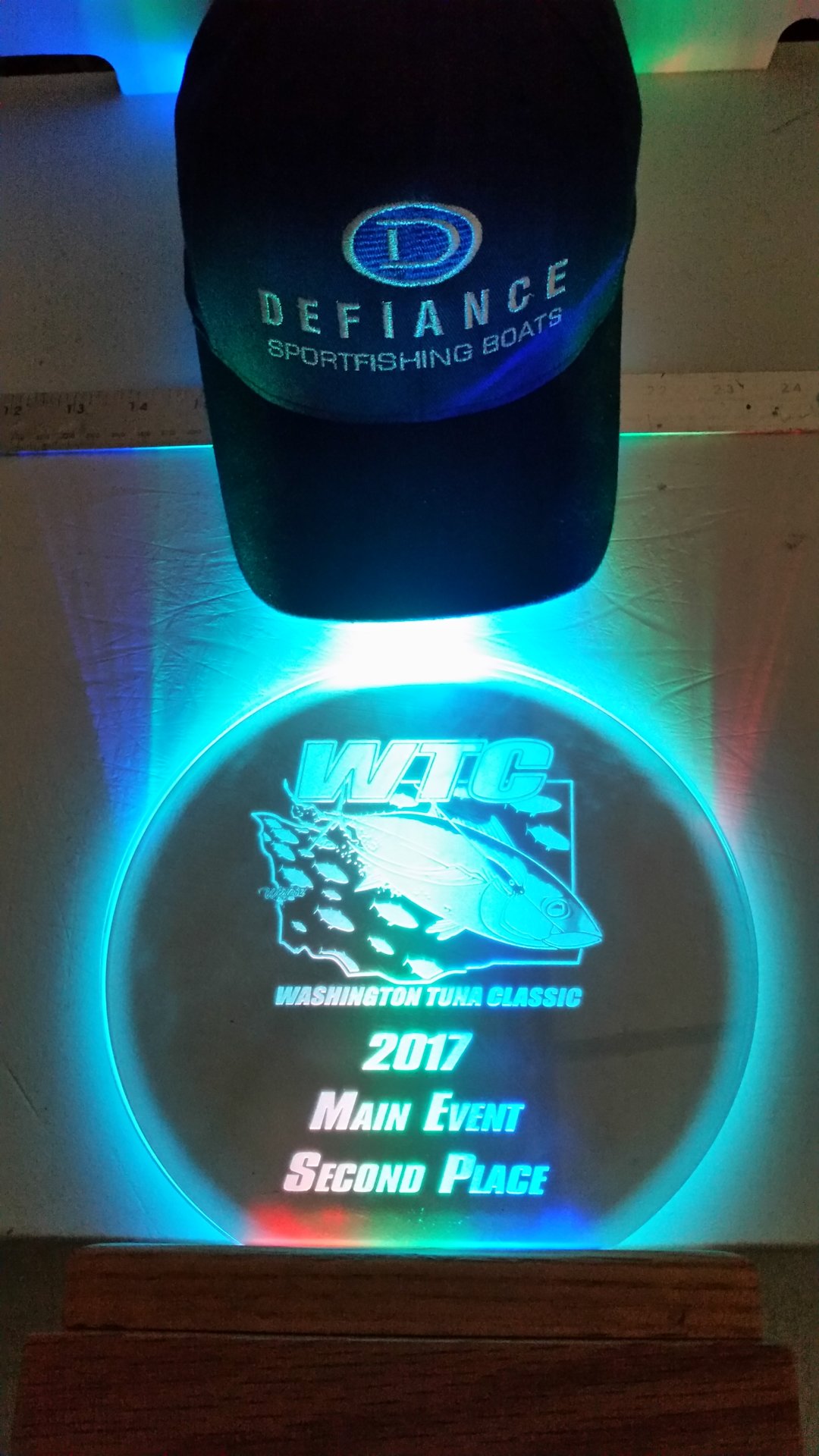 God put me on this planet to keep the worlds fish population in check, bitches!!!
Reactions: RobJob, Captain Chrome, Bent-on Fishing and 21 others

Outstanding job on all three days.
Reactions: TexMojoII and T2shortB

Way to represent Team Got Fish........
Expand signature
Nowhere in your incoherent rambling did you come close to what can be considered a rational thought. Everyone is now dumber having heard it. I award you no points and may God have mercy on your soul.
Reactions: T2shortB

Well done guys! Looks like everyone had a good time.
Reactions: T2shortB

Glad the weather finally gave the WTC a break and it was a nice ride for all. Looks like you guys covered some ground. 65 NM out is a long ways for a lot of boat.
Reactions: T2shortB

My old motors ran while my new motors did not.....hmmm! Maybe I should have kept those 140's. Nice job Todd and crew!!
Reactions: Corey G, Swede and T2shortB

Saw you up on that podium. You did a great job!! It was tough going for most boats out there trying to bring them up for a Dance, but you guys did it in style. We were hearing reports of zero in the box all the way up til 2:30 PM. We eeked out some, but not like you guys, wdlfbio, and Cornfed. Some dynamite catches out there with tunies that just didn't want to party.
Got a chance to take out 7 wounded warriors during the week and couldn't agree with you more. It was a great experience having them aboard and seeing some faces light up when the tunies came knockin.
Last edited: Aug 15, 2017
Reactions: T2shortB

Question to all those who have been catching tuna as of late. Whats have been in the stomachs of the fish you've caught? Tuna crab, sardines, anchovies?
Reactions: T2shortB

Duramax took a look at the stomachs when we carked them at his house, our tuna had anchovies in the stomachs.
Reactions: T2shortB

God put me on this planet to keep the worlds fish population in check, bitches!!!
W 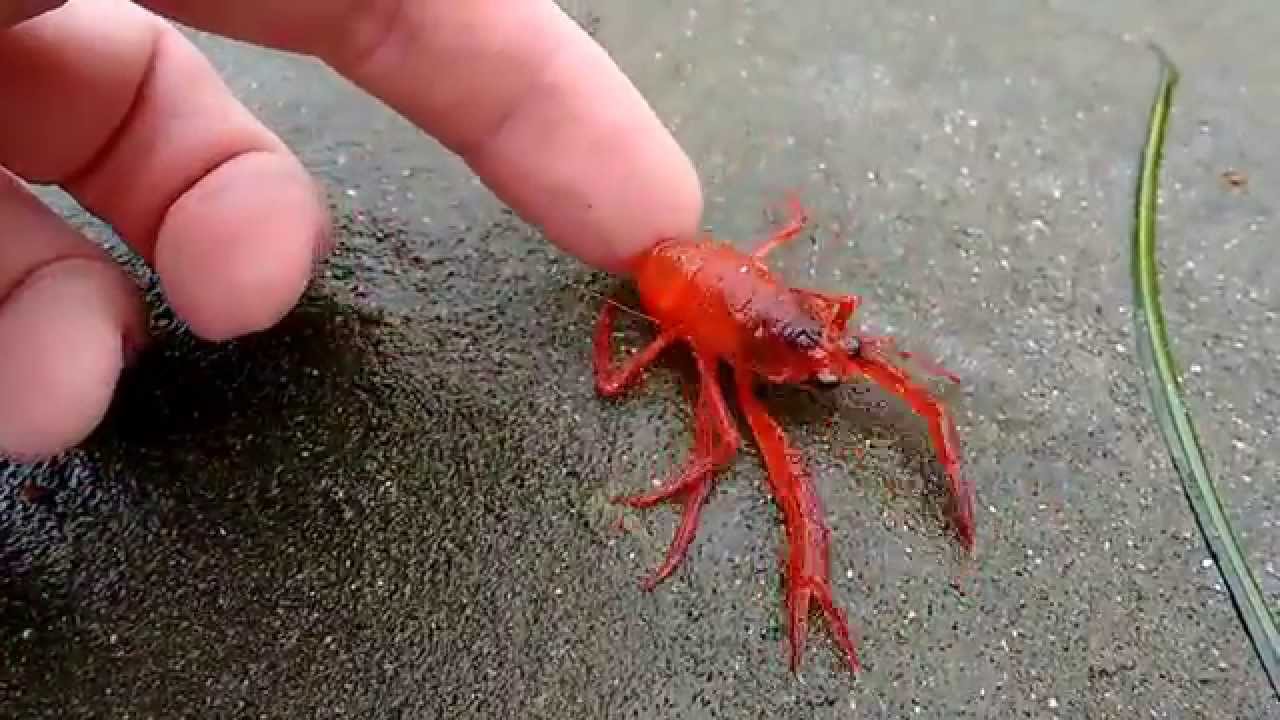 I was thinking that since the tuna have been holding deep they may have been feeding on the crabs .

SRM44 said:
View attachment 859645 I was thinking that since the tuna have been holding deep they may have been feeding on the crabs .
Click to expand...