First time post and member here. With a case of ahi fever, we headed out from Ko’olina at 6:30am on Tuesday. We searched for some bait, but we missed the dawn bite so off to the troll we went. We’d heard the bite was still good on the 1000 between Ko’olina and Nanakuli so that’s where we headed. As we crossed the 1000 we ran into a large bird pile and hopes shot up. After a few passes with no success, we turned to head out further when the long starboard rigger with a 9” Alamea Lures jet came crashing down. The line was tearing off the reel and our thoughts went to Ahi immediately after seeing nothing on the surface to indicate a marlin.

After clearing lines and getting the fish to settle, it became clear that it wasn’t likely an ahi. Maybe a Shibi is what crossed my mind. As we got to color and then leader, we were pleasantly surprised by the sight of a good sized Otaru.

After cleaning up and setting the lines again, we began working what appeared to be a bird pile that extended from the 1300 to the 1500. It was fishy for sure, and there were several other boats working the area. The pile was heading in the direction of the pinnacle so we followed for several hours. We were about to give up about noon when we saw another boat suddenly hook up with an Ahi. That insured another 30 minutes of driving in circles hoping for a similar bite, but with no luck.

At 12:30, we decided to begin our trip back to the harbor. As we got closer, we discussed getting out some ono lures and setting up for a run on the ledge. We had just crossed the 650, and we were pulling out the ono lures when the starboard short corner Alamea 7” cut face was inhaled. This time around there was no mistaking the initial run - Ahi. We cleared the lines and set up down sea for the fight. After about 20 - 25 minutes, we got the fish to leader and set the first gaff without too much drama. Celebrations erupted once we boated the fish as it was our first Ahi on the new boat.

She had the length, but not much girth and weighed in at 110# gutted and gilled. The big surprise was the Otaru which weighed in at 27#! We were in and cleaned up by 3. All in all, a great day. 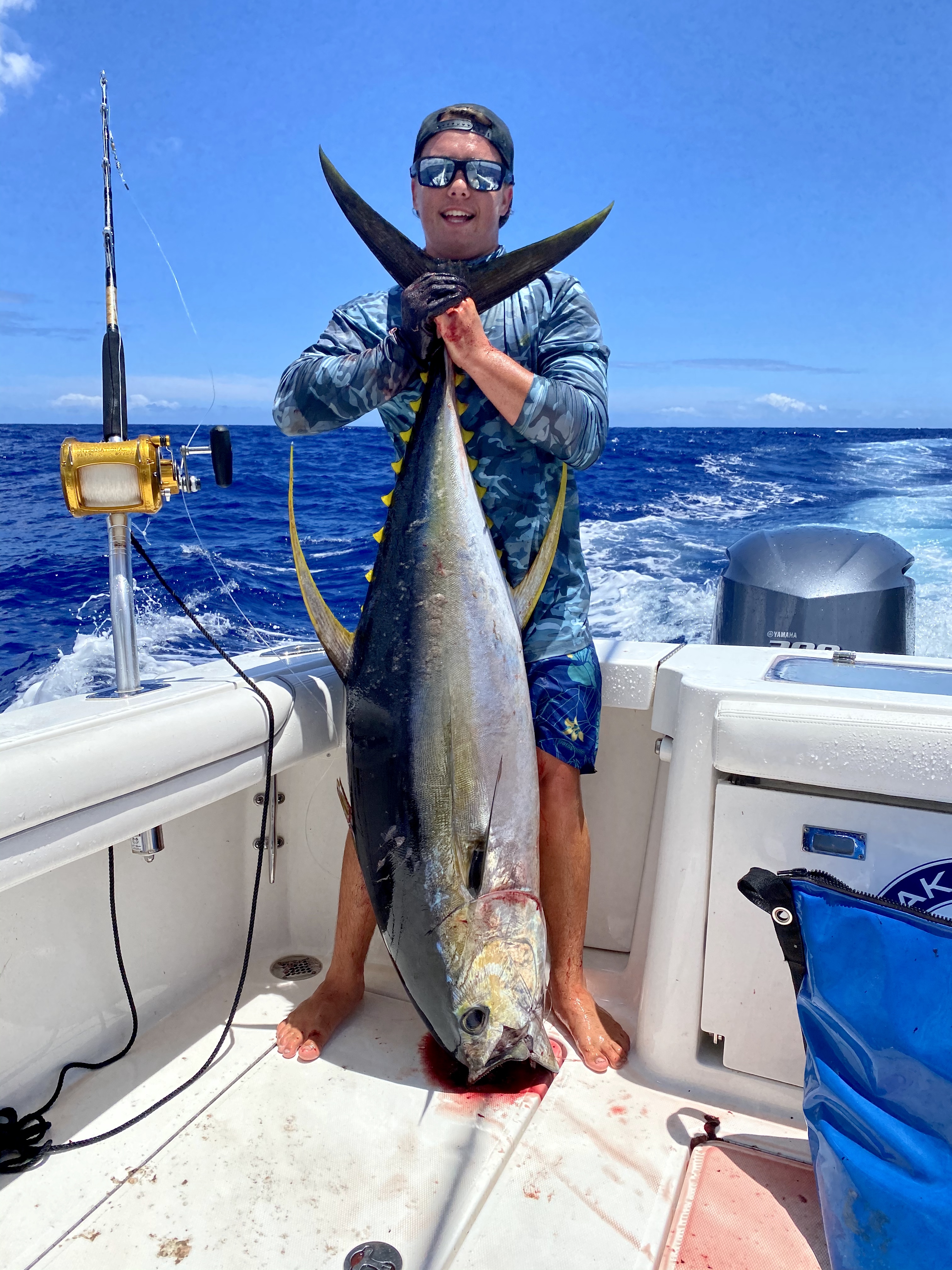 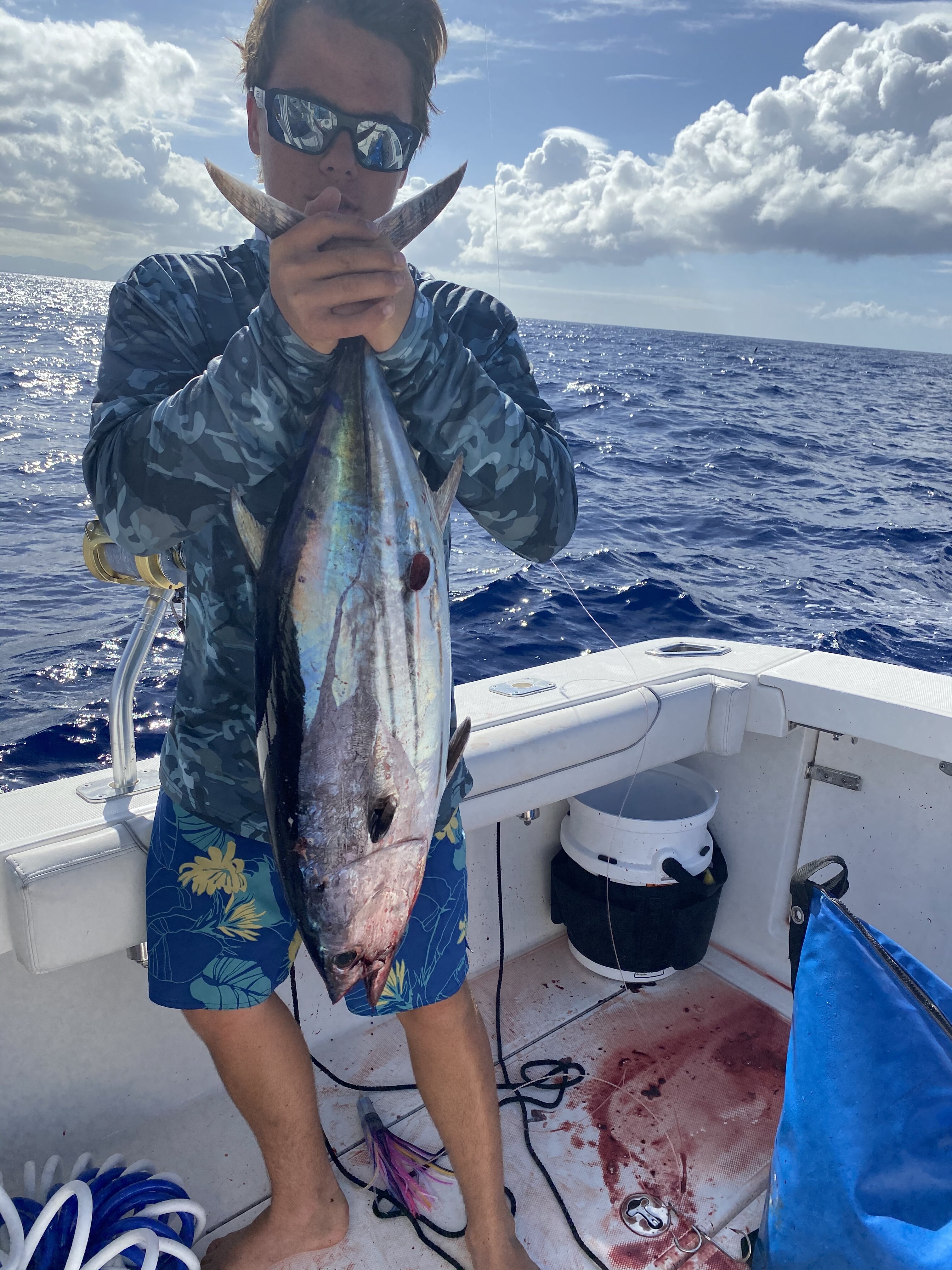 Kepa and crew,
Good goin' on the Otaru and the Ahi, shweeeet!!! Welcome aboard and I like the clean yet bloody ride.

Wow, right on, exciting stuff. Can't wait for my first ahi on my new/used boat. Sounds like you brought that ahi in pretty easy; at least minimal drama. Thanks for sharing...aloha!
Upvote 0
Show hidden low quality content
You must log in or register to reply here.