Saturday i Launched out of oside and went out to the 209 over to the 279, into Dana and then south back home. Lots of boats out there. Got a kick out of watching a center console at the 209 try to fly a kite for over 30 minutes. They eventually got it up and headed east.

Tried out some new lures and teasers. Making adjustments along the way and figuring out what works best on my little boat. I need to rig a pole to get my line up high to run a bird or jet head way back because the bird likes to twist and dive when 100 yards back since the rod tip is so low. But I think I have an idea with an old blank and flat line clip.

Found lots of paddy’s. Some
Holding bait, a few had mahi. Few boats called out some catches but these Mahi had lock jaw for lures but may have eaten bait. I called in the paddy over the radio asking if anyone wanted a go after I spent 30 minutes throwing my whole tackle box at them and some guy started yelling at me so I turned the radio off and marked the spot. Nothing to show for that day.

Sunday I did some motor Maintenance. New impeller, grease, oils, cleaned the water lines and carb.

Monday I ran out and followed the line where the paddies had been Saturday and couldn’t find any. Found a temp break and 2 paddies spread out with nothing under them.
Headed down off Carlsbad looking for trash and paddies and it was the cleanest water I’ve seen in 5-6 weeks. Funny how I find so many when not looking but go looking and they’re MIA.
Really bumpy on Monday so I didn’t venture too far. 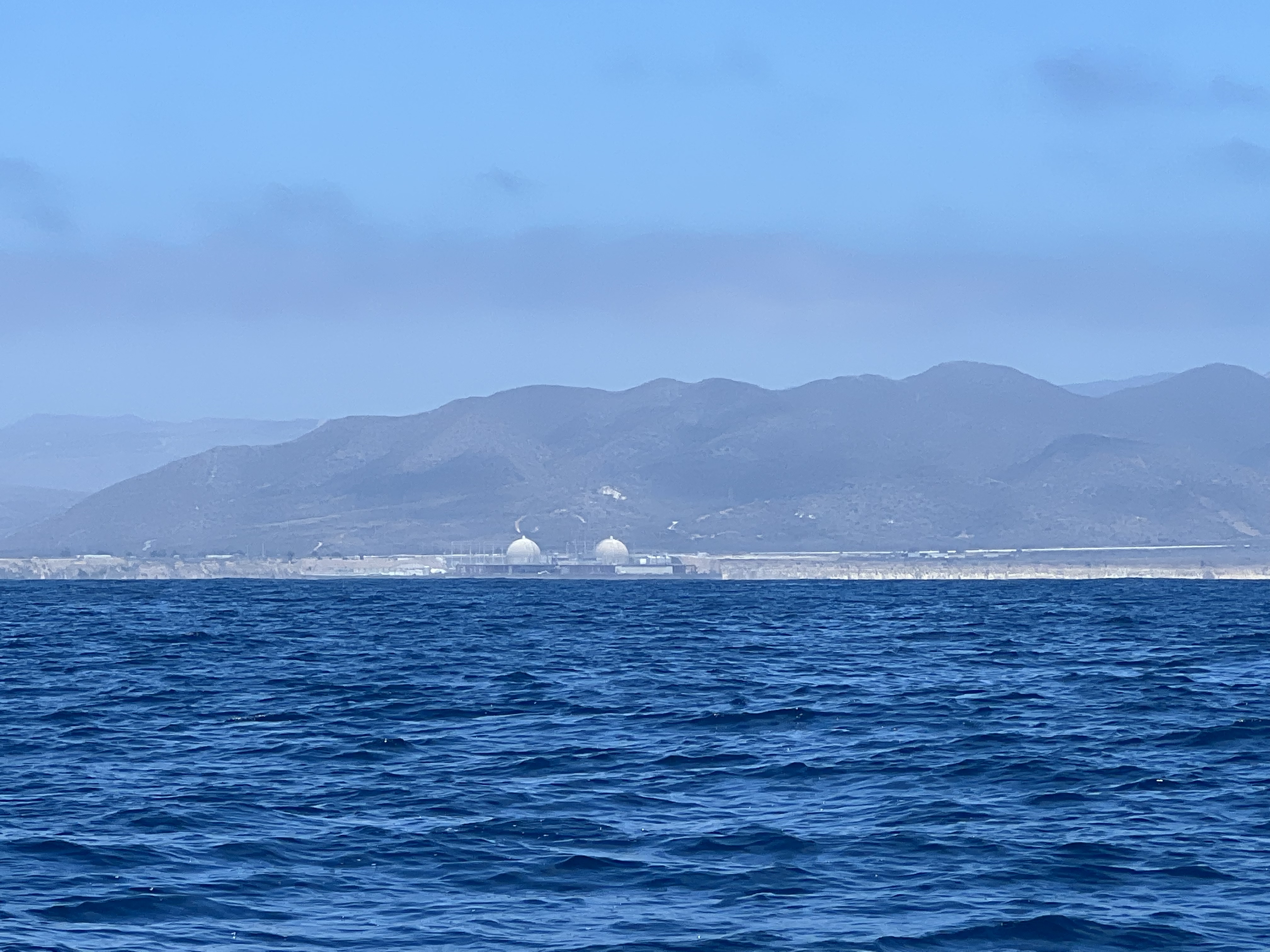 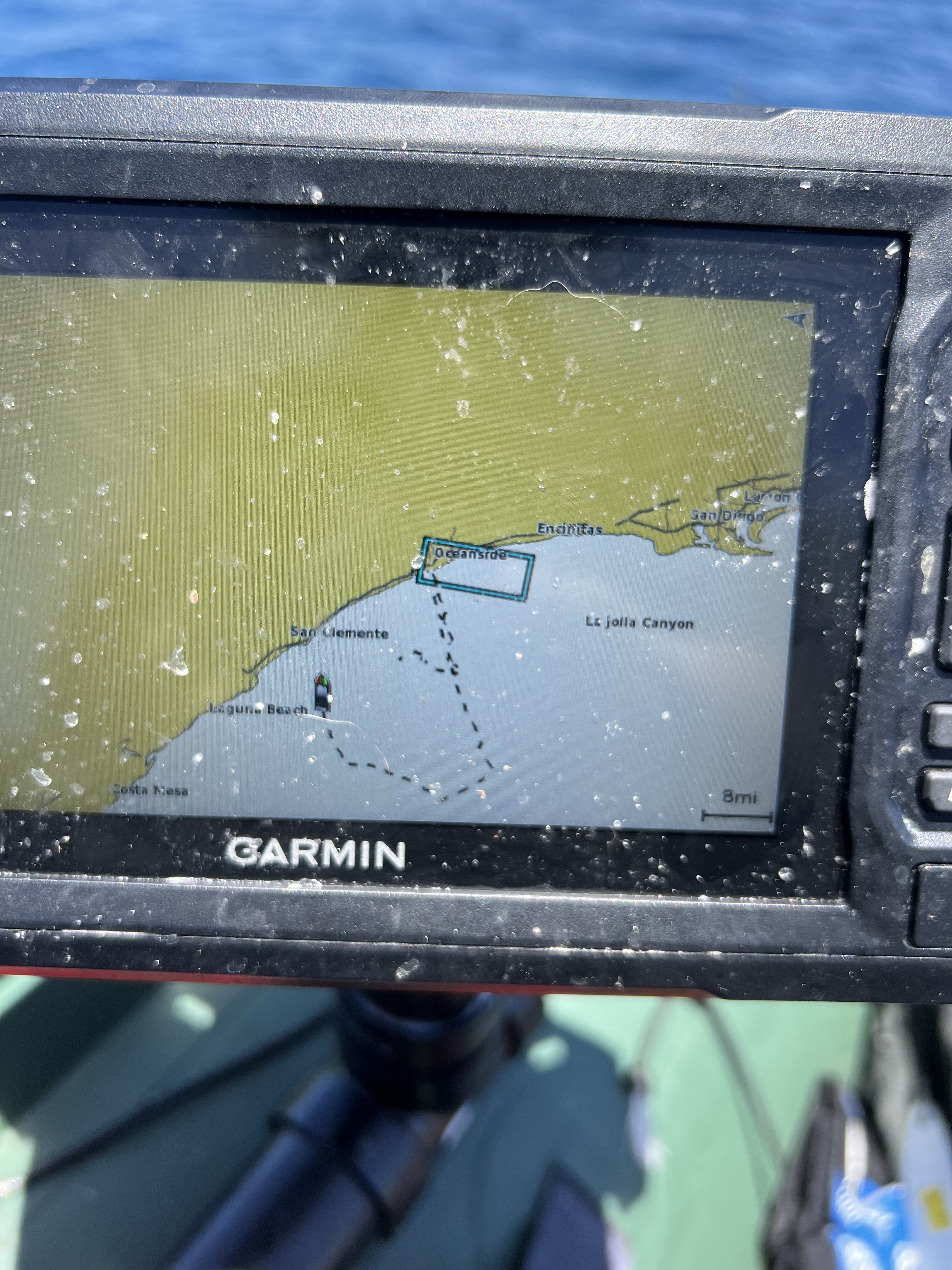 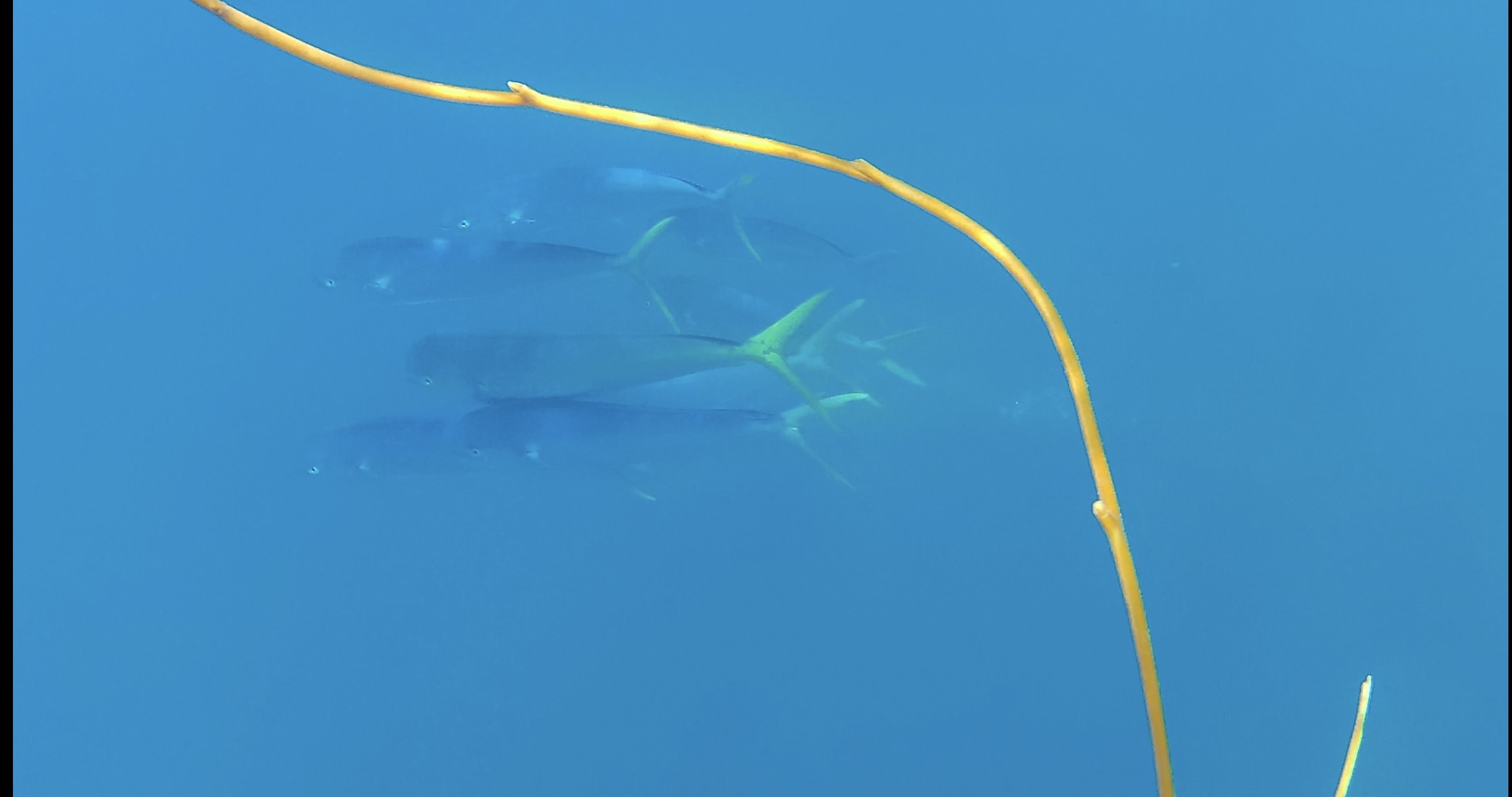 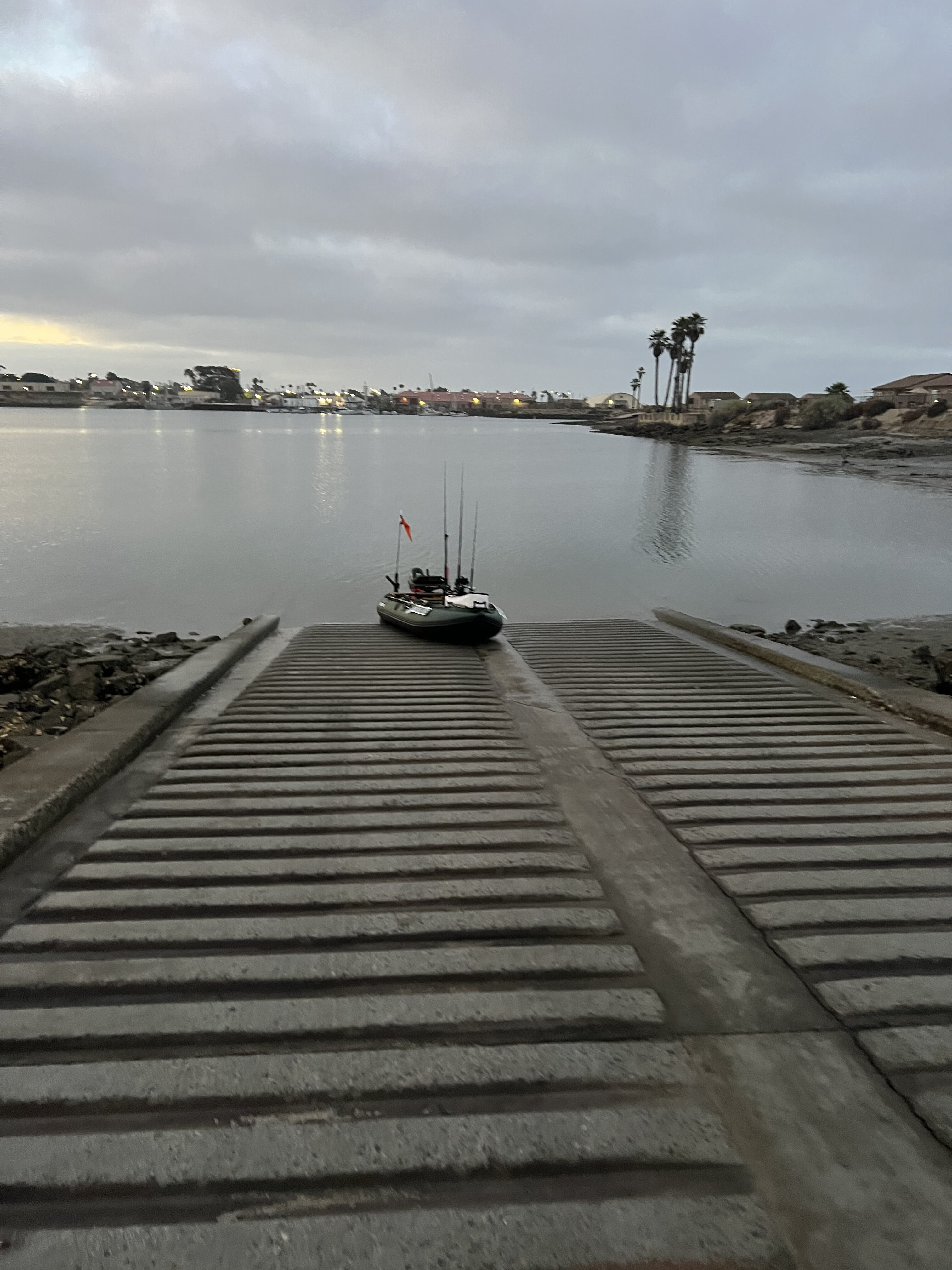 Thanks for sharing, Chris. Nice seeing more exotics, and it's only the beginning of July!
Toggle signature
There's something fishy about this website...
Reactions: lowprofile
Upvote 0

Glad to see more reports of fish up north, I’ll be out next weekend but probably stay a little closer inside, check out the 279 and due west before working up the beach to fill the box with something if we don’t connect.
Reactions: lowprofile
Upvote 0

Way to get out there and give a go Chris. Next time!!!
Upvote 0

Boat Name
Working on it

Why did he yell at you?
Upvote 0

Gafff said:
Why did he yell at you?
Click to expand...

I honestly couldn’t make out everything he said but he said I was interrupting a boat in distress or something along those lines. Not sure why he wasn’t on 16. He was yelling and I’d bet he had the mic right up to his mouth.
Upvote 0
T

You shoot my guy!
Upvote 0

Ran out of oceanside today - 5 trailers in the lot when we returned after 40-50 miles of a sea cruise. Very few paddies, none holding. Very few birds or bait. Great dolphin show - spotted an elephant seal in 68.5 degree water - must be lost. New vhf worked, so all was not lost.
Reactions: lowprofile
Upvote 0

bjcanweld said:
Ran out of oceanside today - 5 trailers in the lot when we returned after 40-50 miles of a sea cruise. Very few paddies, none holding. Very few birds or bait. Great dolphin show - spotted an elephant seal in 68.5 degree water - must be lost. New vhf worked, so all was not lost.
Click to expand...

Good sign for swords. They’re usually in the same area and can dive really deep. I was going to do a drift last weekend but couldn’t find any big squid local.
Upvote 0

Thanks for the report !!
Upvote 0
N

no longer a farmer

i saw you out there! your a bad ass. I love the set up. where are you gonna put the fat fish when you get um? your gonna get um soon. good luck. yewwww!
Reactions: lowprofile
Upvote 0

no longer a farmer said:
i saw you out there! your a bad ass. I love the set up. where are you gonna put the fat fish when you get um? your gonna get um soon. good luck. yewwww!
Click to expand...

Well, I’ve got this really cool kayak fish bag on the front…. As long as they fit in it then it works great.

I got a sun shade to wrap over them now and keep ice packs in the bag. Hopefully I get the opportunity to test that out 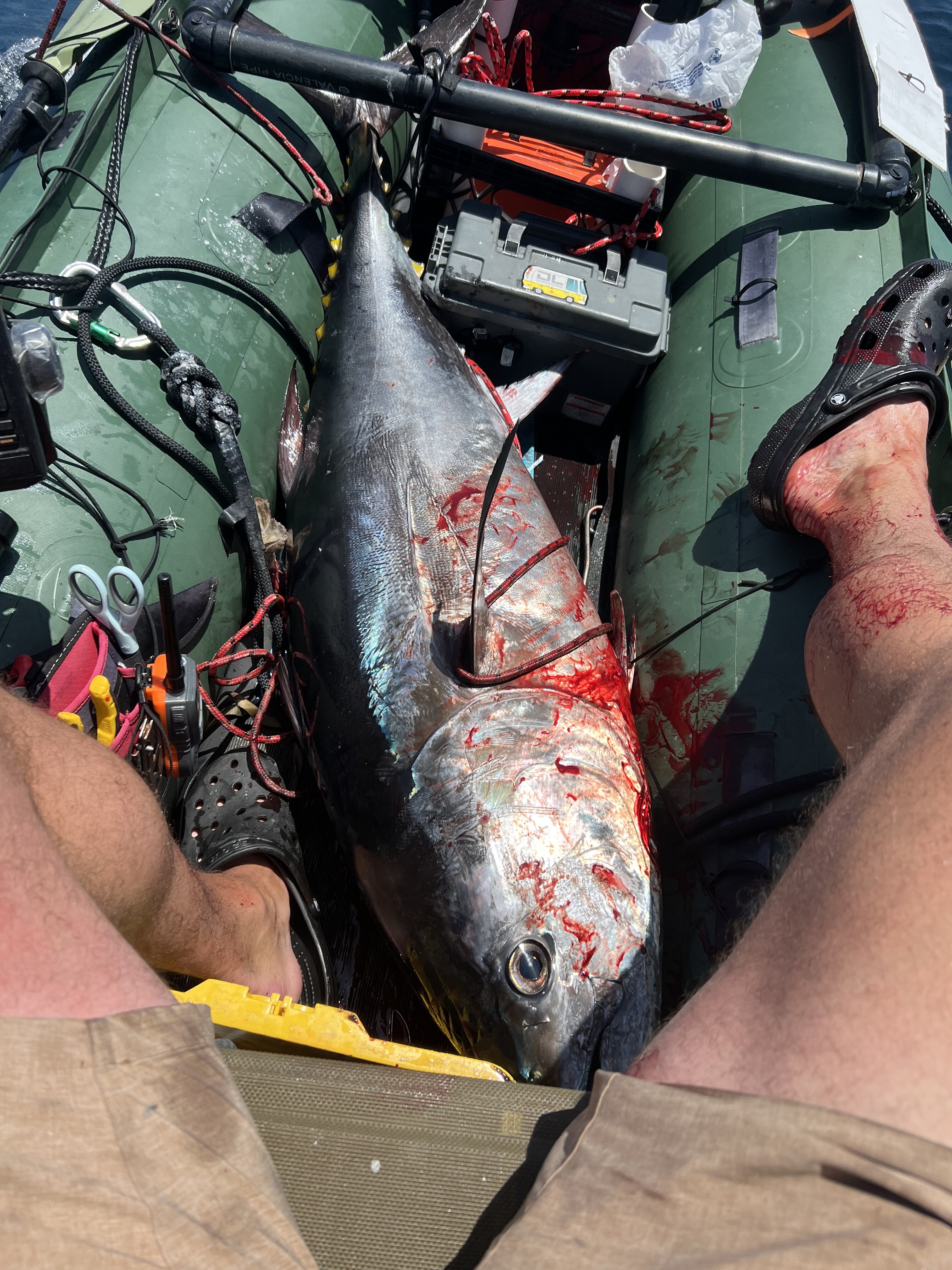 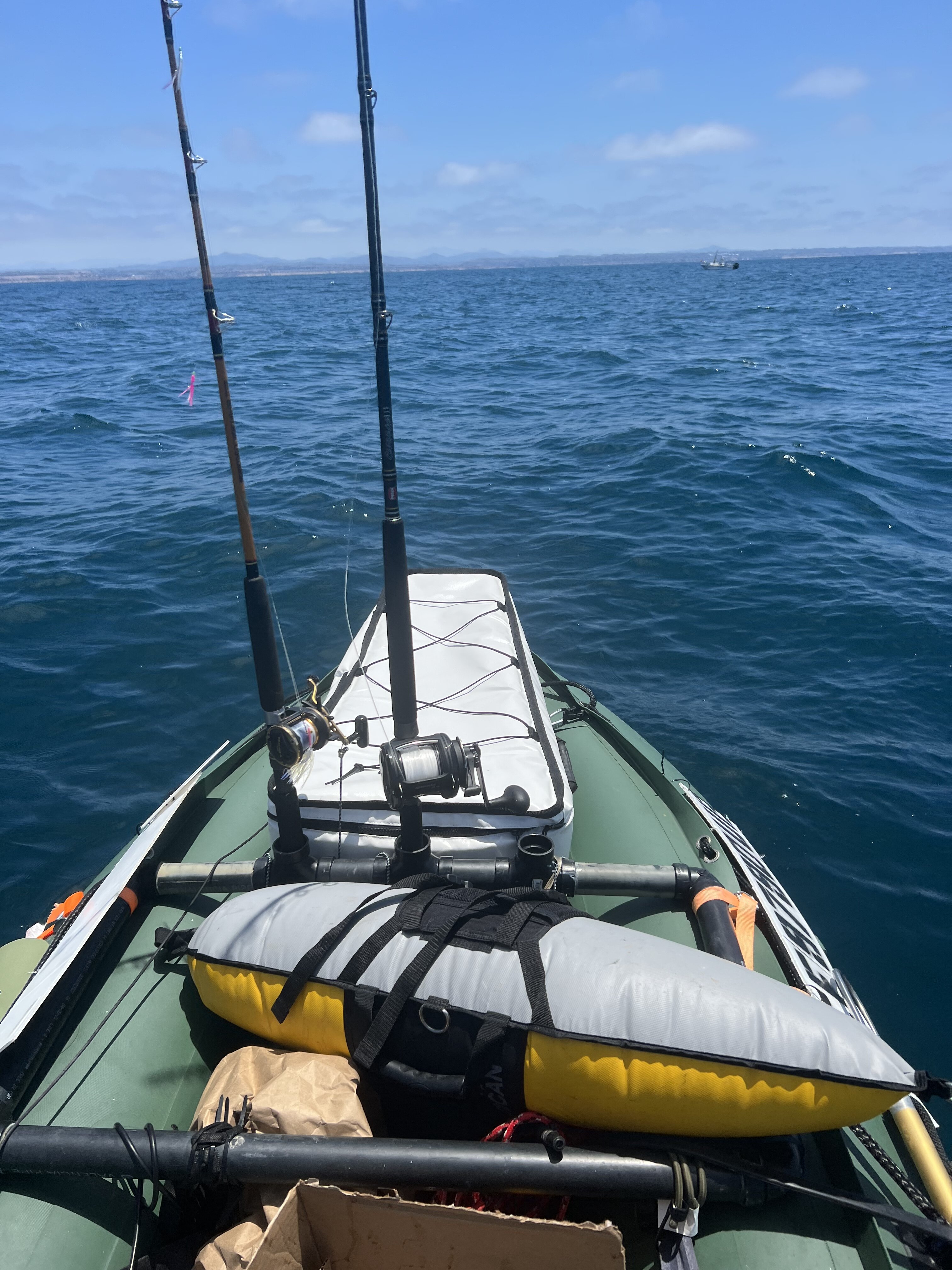 Advising you to not do anything like a greenstick. Our craft are very light weight, and despite extreme longitudinal stability on your part, I'd hate to see you go "yard sale" if something huge put a big sideways pull on your craft above your center of gravity.

Just sayin', sounds a little too risky. Clip could get tangled, fish could cut port or starboard, and pull you over. Especially in mixed swells