Wahoo Tournament Tactics - Prefish or Not

That was the delimna facing my daughter Samantha and I as we would arrive two days before the tournament and had chartered a 31’ Cabo for the day before and tournament day.

I had got a little dope, and my instincts were to fish north, even though most of the most popular wahoo spots are south of Palmas de Cortez. I also knew that most boats fishing the tournament would likely fish south and Wahoo don’t like the pressure.

I felt I needed to at-least do a heat-check on my spot which was Roca Montana area at the southern end of isla cerralvo.

We arrived early morning on pre-fish day and deployed the wahoo gear which consisted of 4 30’ and 40’ Rapalas, and a chin-weighted frozen Ballyhoo.

Within the first 15 minutes we got a double strike in the purple and wahoo pattern 40’ Rapalas. Both were smaller grade, but confirmed the spot held promise. The only other boats fishing the area were commercial pangueros.

We re-deployed the gear and about 30 minutes later got another strike and landed a high twenties class wahoo.

That was enough for me as I didn’t want to overly pressure the fish nor did I want to call attention to the spot.

We ran outside and deployed a spread of my Bomboy Blue marlin lures. As we passed a shark buoy, we got a drive-by missed strike by what the captain said looked to be a 60-pound class Wahoo.

The rest of the day was spent trolling for marlin without another strike.

Tournament morning all but about 8 boats faced south before the shotgun start. We put the hammer down and reached cerralvo about 15 or so minutes before the other boats that headed north with us.

Things looked good as according to plan, we got a 27 lb wahoo in the first 15 minutes on the hot 40’ purple Rapala. We were fishing straight 100’ mono on accurate 50’s.

Well, that is pretty much the end of the story as we lost 3 hooked wahoo including a potential winner that ate the frozen ballyhoo deployed in the way-back-Charlie position and the only other action we had was about 1:30 when a wahoo sliced the leader on the purple hot rapala. I did have a back-up but we ran out of time.

I’ll do a separate report on our final day of fishing after a couple lay-days. 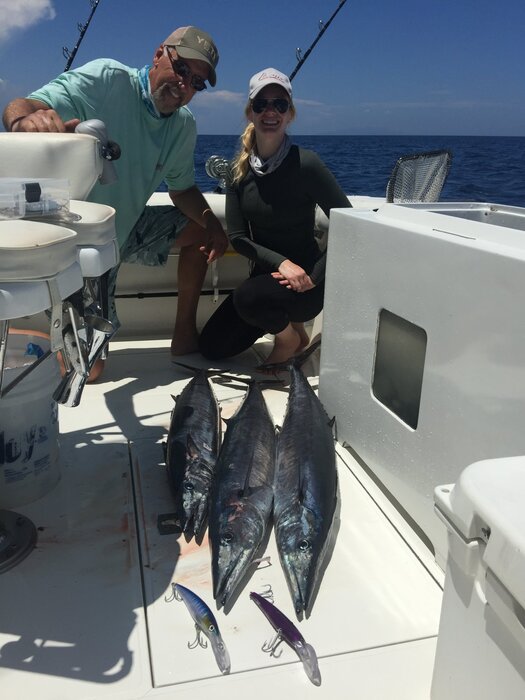 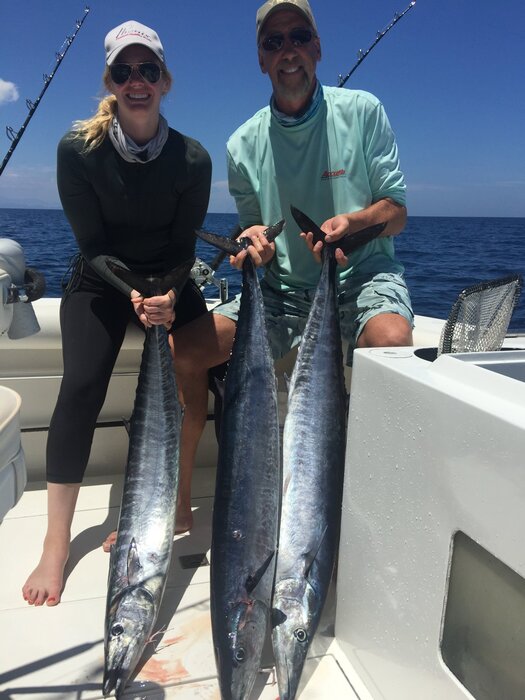 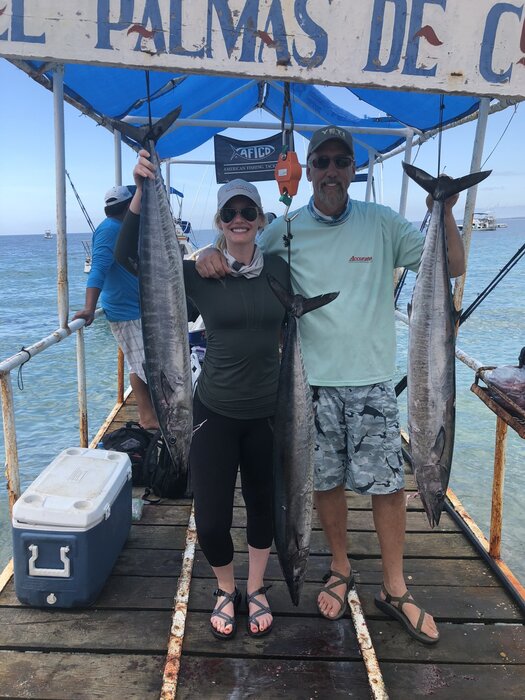 Special shout-out to Michelle at Bloodydecks for giving me the hot lures. Those 40’ Rapalas are a must-have for Wahoo fishing anywhere they swim.
Last edited: Aug 29, 2018
Reactions: DoubletroubleII, MinnesotaPhats, tugasangler and 4 others

Nice. Thanks for the report.

Heading over to San Jose Del Cabo in early Nov. Already grabbed a Purple Mack 40' and a Fluro Pink Halco MAX190. Heard both are killer. Plan to use mine with a wire harness like this http://www.charkbait.com/cs/images/lures/StrikeMaster/2017-SM-Harnesses.jpg
Or possibly just single strand wire with a haywire twist.

Robert,
the X-Raps get bit much better on mono. You'll loose one now and then, but mostly you won't loose them. You'll need the wire for the MAX though, as they're shorter and will get bit off.

FAT CAT said:
Robert,
the X-Raps get bit much better on mono. You'll loose one now and then, but mostly you won't loose them. You'll need the wire for the MAX though, as they're shorter and will get bit off.
Click to expand...

I may have to pick up an extra one or two.

Zane,
Great report and fishing! Glad you had a success and thanks for sharing.
ROBERT

Does anyone use the Nomads down at East Capr?

My buddy Larry Moore did and he claims he got bit.

The purple Rapala 40 was the chit for sure. As mentioned we got bite on the Wahoo color and the fluorescent Orange 30'
Last edited: Aug 30, 2018
G

Hey Caballo, I used the Nomad and got one the other day. Only about 35#s but good eats!
Reactions: FM-Outside

caballo del mar said:
Does anyone use the Nomads down at East Capr?
Click to expand...

My buddies were dragging a few at the tournament with no luck. I put them in for a while on my last trip back in June for nada. both times there were xraps and mauraders in the water as well and nothing got bit. We got one strike offshore on the big silver one back in April, something toothy left a huge gash but didn't stick. We guessed it was a shark as we had seen a few makos jumping around that morning.

Pic of a Nomad for those who are curious.

Additional pics from my Nikon. 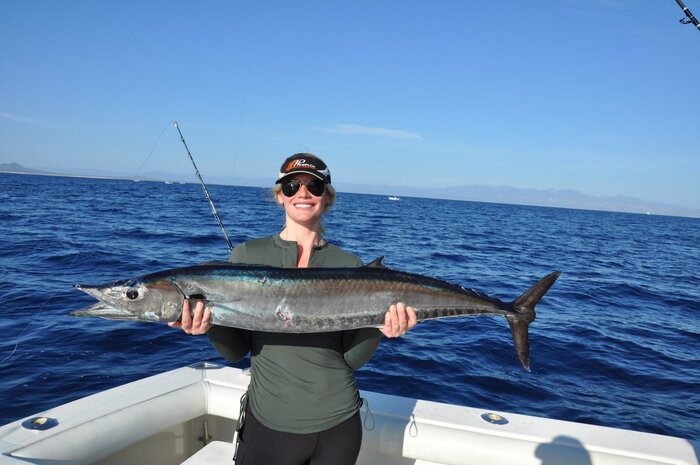 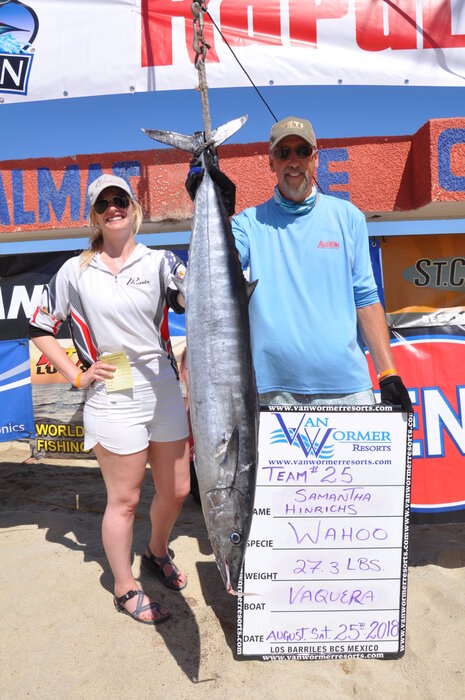 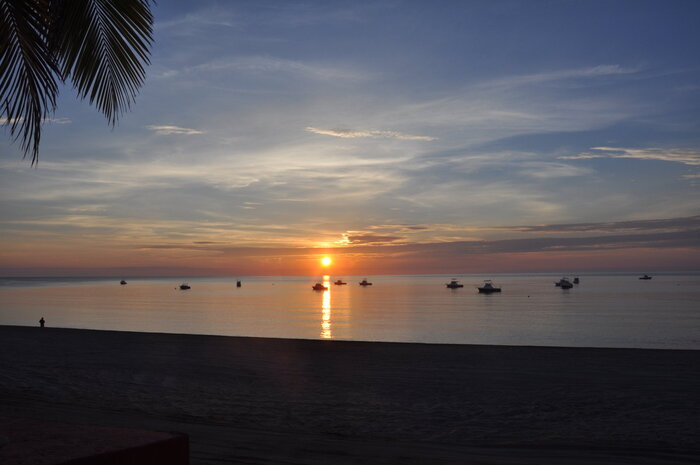 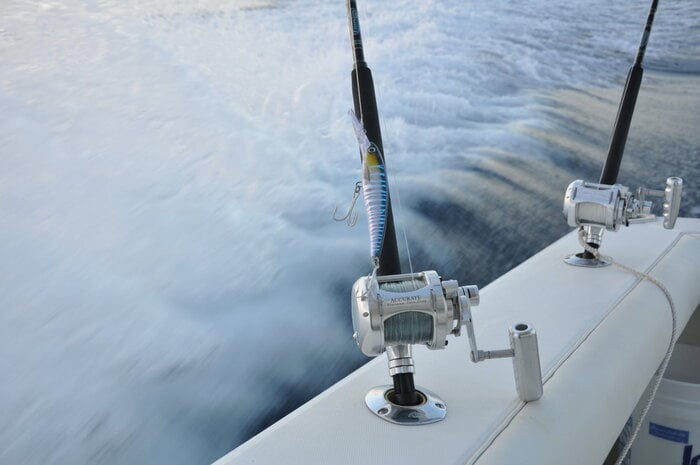 Thanks again for sharing.

I did the old push the fish forward trick...... I have no shame, I think the pic looks better with the fish in the foreground
Reactions: MinnesotaPhats

caballo del mar said:
Does anyone use the Nomads down at East Capr?
Click to expand...

Yup, and they work just fine! That said, they don't appear to be any more durable than Rap's, etc.. Sadly, the combination of a good bait, with saltwater and sharp teeth, often equals a short shelf life. Saludos.
Expand signature
I don't fuck around, but when I do, I don't fuck around!

That Black Pink Mackerel is one our best selling Nomad lures at www.strikertackle.com The Wahoo love that thing. Very Nice Fish !!!!!!!!!!!
Expand signature

I just need the pink mackeral and the pink fusiller to complete my line-up but I can't find them in larger size...Do you carry those colors?

jbarbosa said:
I just need the pink mackeral and the pink fusiller to complete my line-up but I can't find them in larger size...Do you carry those colors?
Click to expand...

I have the pink Mackerel in the DTX 200 in stock. I should have the purple fusilier in about 2 weeks.
Expand signature

We just received a NEW shipment of Nomad DTX 200 Minnows in the most popular colors and are now carrying the brand new color "Orange Mackerel" just released from Nomad. The WAHOO are gonna kill this lure!!!!!!!!!!!!!!!!!!

Check out the selection at www.strikertackle.com for all available colors and sizes. #strikeroffshoretackle