I did a repeat of my last outing and started at the islands with a killer half scoop of bait. The fish were right where they have been the last week or so and put a few solid ones on the boat and released a couple pretty quickly. Once the tide slacked off the Cuda and bass took over so I split west of the islands. 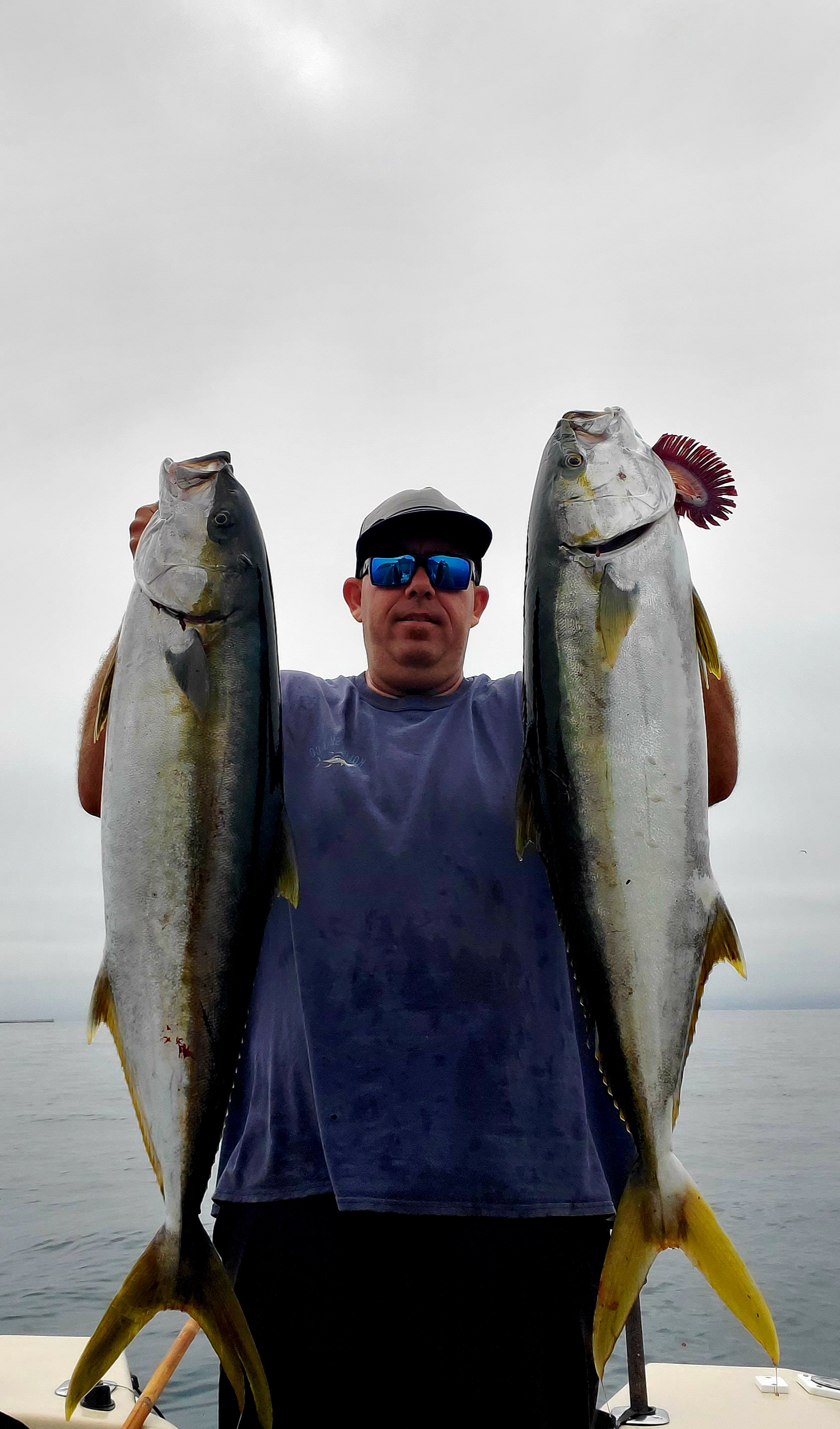 I found a kelp pretty quickly at 22 over 21 that was loaded with dorado and got 1 nice one to go and released a few smaller ones. I handed off the kelp and headed north.

There was a good volume of tuna in close with plenty of boats on it. I metered a couple good schools and got yellowfin to go on 20lb and a small hook which I released. On the way in I found a big foamer of bluefin and got one on the popper. He choked it so went in the bag. Another killer day and only had to burn 9 gallons! Good luck and stay safe! 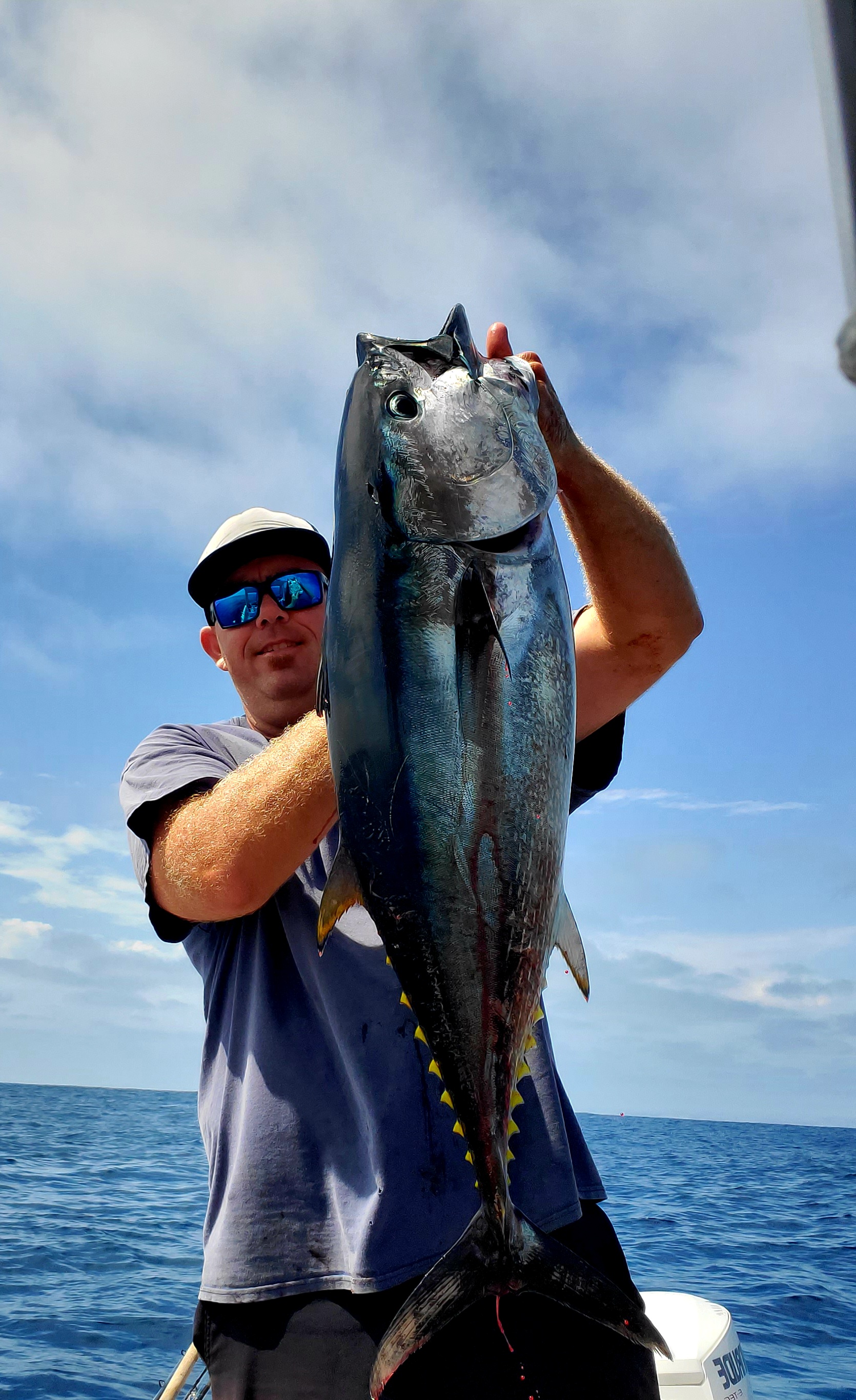 Cool pic of the dorado. Another great day on the pond...
Toggle signature
Ain't no shame in my game...
Reactions: mhanson59hb, bottomdweller, rick rouland and 3 others
Upvote 0

Developing a strong dislike for both of you, based solely on envy mind you.
Toggle signature
Invictus 42-AVD

Fun Day fishing today!
Another trifecta for you!
Amazing the volume of fish out there!
Reactions: longboard85
Upvote 0

Gorgeous ocean view. Congratulations on a great outing and kudos to you for releasing small ones . Bravo
Reactions: longboard85
Upvote 0
B

Wow heck of a day on the water. Rookie question here but what does “22 over 21” mean? Tried a little google search but my outcome was NSFW

Maxfli123 said:
Wow heck of a day on the water. Rookie question here but what does “22 over 21” mean? Tried a little google search but my outcome was NSFW

Boat Name
Got one

ok, Cody I'm calling Valance and asking him to tell me your secrets.
It can't always be the "blue shirt outerwear".
Reactions: longboard85
Upvote 0
J

You are a beast!! AND on 9 gallons! Sensei level!
Reactions: onehottip and longboard85
Upvote 0

Invictus said:
Developing a strong dislike for both of you, based solely on envy mind you.
Click to expand...

How the hell did you get a "killer scope of bait" when ours was terrible?
Reactions: longboard85
Upvote 0

getaway said:
How the hell did you get a "killer scope of bait" when ours was terrible?
Click to expand...

What time were you at the barge and got your bait?

We were two boats behind Cody and we both got lucky... I think they opened a new bin right before Cody and the guy said the bait had been sitting in there since the weekend.

I'm guessing you were ahead of us?
Reactions: Tunahead and longboard85
Upvote 0

getaway said:
How the hell did you get a "killer scope of bait" when ours was terrible?
Click to expand...

They opened a new box a few boats ahead of me and the bait was really good. My buddy that was way ahead of me got crap bait from the last of that box
Upvote 0