So much leading up to this trip, decided to just start with a fresh thread. Here goes, much anticipated by me as departure day was my 73rd Birthday.

I don’t know how many Bluefin were caught for the boat but pretty sure it was less than 20. Handful of Yellows on really only two of the many paddies we stopped on. Good to see some nicer ones on the second one, nothing but rats on the first.

Mike Lackey started the search Friday night, but I was pretty tired and hit the rack, but heard him on the P.A. several times calling out sizes and depths to target. In the morning I found out they had caught a few. Then, throughout the day on Saturday, with Andrew taking the wheel and calling out the targets, I can’t recall the number, but we had a handful of the smaller grade Bluefin from a couple of stops and the Yellows. After dinner I hit the rack with intentions of getting up at midnight and I was up and ready to make a drop. Extremely slow, made maybe one stop for nothing.

Then, Sunday was even slower, a few of the smaller Bluefin. I climbed the ladder up to the upper deck to have a look. Found one of the crew up the stick, and Mike and Adam in the wheelhouse, all burning their eyes out in the binos looking for chippers, flat spots, breezes, jumpers, anything that would lead us to a spot of fish. Decided not to bother them, as they were working. Finally they found some Terns working and we picked off a few smaller ones. Then Mike kept looking at the machines in the dark until calling it a trip around 10:30 and headed in. That’s about it.

Couldn’t tell you what was working other than being lucky. Some caught, some not. I got skunked. More later on the group, the boat, the food and the crew.
Toggle signature
Longer Rods, Longer Boats, Longer Trips, Lighter Loads
Reactions: jiggermyster, Jcocis1, Chuck Roast and 29 others
Upvote 1
T

Boat Name
The Big Ones

Dues paid! you'll get 'em next time Steve! Thanks for the report.
Reactions: Steve K and repo805
Upvote 0

Sorry to hear the trip didn't produce as was hoped for, Steve. Still, hope it was good to get out on the water for your birthday. I doubt there's a better trio out there than Mike, Adam and Andrew (Fluffy).
Toggle signature
"The path to your destiny lies in allowing the discipline of your dreams."
Reactions: arkansastuna, BluefinCurly, RandyPotts and 1 other person
Upvote 0

Thank you for the report and 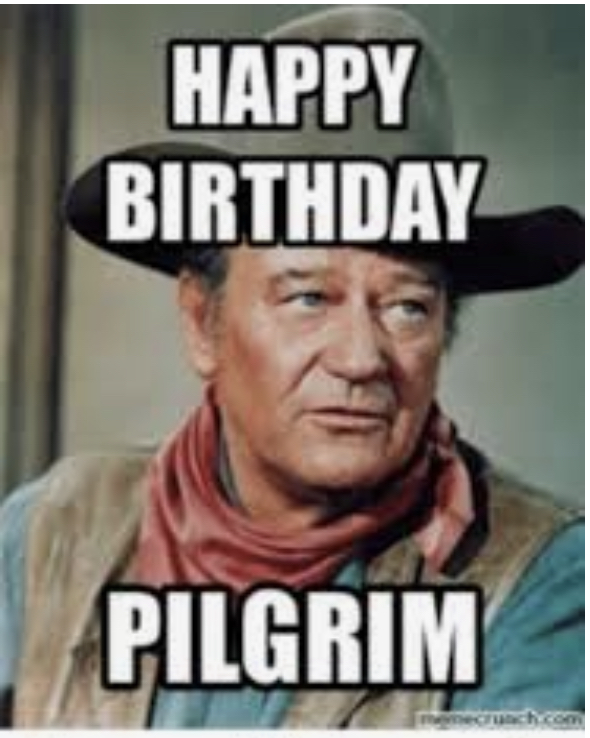 That 5 day windstorm prior to your trip did not do you any favors.

I can only hope these fish get relocated and go on the bite on the backside of this full moon.

I leave on the 24th
Toggle signature
Why be average when with a little extra effort you can be exceptional...
Reactions: RTAA
Upvote 0

A big HAPPY BIRTHDAY brother Steve. Maybe you did not get those bluefin to bite your line but hey it was your birthday and you were where you wanted to be. If I get lucky I will send you a 50 LB box of bluefin wahoo or tuna... on my dime..... Your one cool dude. Let me know... I can ship it UPS to your door for you brother. Again if I get lucky... I am learning to fish... it's about time

Happy Birthday! You'll get them next time.
Toggle signature

Steve thanks for the report, you paid some dues!

Steve.... you know Brother....Birthdays are about learning.... and celebrating!! You did both!! Although the results were not quite what you had in mind.... your years of experience.... and the tone of your post shows you've adjusted. All we can do. In the bigger scheme of things.... maybe this is that "lull" before your WFO trip that's coming up next. At our age.... you can't drive the car..... with the pedal down.... everyday. Be safe. Thanks for your brutal honesty. Times coming.
Reactions: Steve K
Upvote 0

Happy Birthday everyone gets the boat ride now and then I will have to say had my fair share
Toggle signature
JC
Reactions: Steve K
Upvote 0

Steve, first off, happy birthday! Cool of you to share the even a very experienced angler such as yourself can get a shut out once in a while. Just good to get out on the water, enjoy 73 and many more birthdays!
Toggle signature
Stay Classy- San Diego!
Reactions: woodfish330 and Steve K
Upvote 0

Can't think of a better way to spend your birthday than on a fishing boat doing what you love. Catching is secondary.
Reactions: Soda Pop, nu2reels and Steve K
Upvote 0

lazyfisherman said:
Can't think of a better way to spend your birthday than on a fishing boat doing what you love. Catching is secondary.
Click to expand...

I have long admired Captain Mike Lackey for his style, class and accomplishments. His reputation as one of the best precedes him. His boat is certainly not the newest one of the Long Range fleet. But, he has every right to be mighty proud of her.

If you’ve never ridden and fished aboard the Vagabond, I encourage you to visit the website and do a little poking around, check the videos, crew and staterooms tour.

Superior to the boats with only open berthing, the layout of the staterooms is unique. Three rooms up in the bow, A B C, two with two bunks and one with four. Three more rooms accessed from the back deck, E F G, three bunks each as well as the two at galley level, J K, also three bunks but no wash basin as they are right next to the heads/showers. Two more two bunk staterooms in the stern, H I.

Galley accomodates 12-14 at three tables, so first and last call for dinner. Food was good, nothing fancy or elaborate but delicious and plenty of it.
Last edited: May 17, 2022
Toggle signature
Longer Rods, Longer Boats, Longer Trips, Lighter Loads
Reactions: J-HOOK, Kos, RandyPotts and 5 others
Upvote 0

Tackle I took was a small bag containing 4 reels: ATD30T, ATD12T, BX2-600N, and a new Mak15T. Also, an FTH30LD2 for flylining. Two of the smaller one 3500 size trays for Knife Jigs and FlatFall style jigs as well as the leaders and assist hooks to go with them as well as some big circle hooks and spectra loops to fish some of them with the bridle rig. I made my own leaders of 200# mono using Ring and Grommet for the top and a ringed swivel with split ring on the bottom with a single Mustad Assist Hook. I’ll get a couple of pics up in a day or two. Rods were borrowed from friend Joe in San Diego.

I walked the rod racks both port and starboard and literally no two anglers had their knife jigs and FlatFalls rigged the same way. I saw swivels, solid rings, split rings figure eights, short and long crimps and a couple of different chafe protection methods, as well as an array of hooks, single/double top and or bottom and a couple of large 7691 style singles on the bottoms. Nothing standardized about it, seems to be personal choice. I assume they all work if done properly. Didn’t witness any failures but we’ve all heard about crotch breaks on crimped connections and stock hooks opening up like paper clips.

We also fished the Dart style jigs, the Daiwa Zakanas and the Shimano Sniper and I’m sure several other brands, 100-150 gram which accounted for a few fish as well as a bait fish or two.
Last edited: May 17, 2022
Toggle signature
Longer Rods, Longer Boats, Longer Trips, Lighter Loads
Reactions: RandyPotts, Tsmithson, vegasandre and 3 others
Upvote 0

We had a crew of 8 for this trip, gotta be hard on those guys fishing 24 hours a day. Captain/Owner Mike and Andrew drove the boat day and night. Ashamed to say that although I introduced myself 2 or 3 times to the guys in the galley, I can’t remember their names, although both come with years of experience cooking on the boats. Deck crew we had Tommy, (I would say Smiling Tommy) and Adam, the two veterans and another experienced and capable addition to the crew, Hayden. Also, on loan, we had Phil who comes from a fishing family of boat owners. Guys were knowledgeable, helpful, cheerful and approachable. Sunday, no other way to describe the fishing except to say it sucked. I made my way up the ladder to poke my head in the wheelhouse. I was not surprised to see Adam and Mike using the binos as well as one more guy up the stick. They were all working hard for us, so I decided to leave them to it.
Toggle signature
Longer Rods, Longer Boats, Longer Trips, Lighter Loads
Reactions: Kos, terryc., Tsmithson and 3 others
Upvote 0
R

Happy Birthday Steve. You’ve been fishing long enough to know some trips just don’t produce. However you celebrated your BD on the water, something I have experienced. And on a great boat. Mike is such a knowledgeable Captain and works hard to find fish. There will be better days ahead, as you know. Enjoy the a summer.
Reactions: Steve K
Upvote 0

Happy Birthday Steve. Glad that you got out for it.
thanks for the info and report
Toggle signature
Blue Chum Saltwater
Reactions: Steve K
Upvote 0
T

Steve,
Thanks for giving us a great report on your trip.
I really appreciate it.
Thanks
Upvote 0
Show hidden low quality content