My son just turned 18 and wanted to go back to two Harbors Campground for a couple of days. This time he wanted to bring two friends. I tried to get one if my buddies to go but two of them back out. So it was me and three 18yo

We drove up from La Mesa to Dana Pt on Friday 0600. The plan was to leave at 0500. Got to Dana 0720 and the ride up was great. Put the boat in then went to the office to pay for an extra day parking. They also had me park in the lot behind the office which was a nice bonus.

Picked up two scoops of very lovely horsies. Headed out of the harbor to make a few Mack's. Found nothing but small fragile Bonita. They trashed the sabiki and were dead or dying by the time we dehooked them which took a bit. Remember who I'm with and two of them don't really fish. No Mack's so we move out and head for the Island in glass conditions. Water temps got up to 71 on the way over. I started to see something breaking the surface. Threw out some trollers and boxed for nada. Continued on our way and decided to go up and spot while my son followed the route. Found a few paddies with only bait fish on them.. damn! I got shutout the night before on the mooring reservation site so we headed straight for Two Harbors to I'd have a shot at an open mooring if available. Got there 1330 and the wind was blowing. Called the Harbor Patrol and got a mooring for two nights pretty much where I wanted. That was a huge relief because there was no shore service. Our mooring was 50yds from shore and close to the campground. Access to the campground absolutely sucks when getting there from the dock. They will take your stuff to your site for $5/bag. I'm not an avid camper and we had too many seperated items. The veteran campers had their stuff neatly packed in containers.. smart! We unload on the dock and I tell the boys to start the trek to site #10 while I moor the boat. All the boaters there had real dinghys, I had one from Big 5. It got the job done. We ferried a few items from the boat to shore. After the boys got everything to the site from the dock. The boys were beat down from the multiple trips back and forth from the dock along the rediculous trail to the site. I had to crack the whip to get the site setup.. they wanted to go snorkeling. It was 1630 and there was no way in hell I was going to be setting up in the dark. Next day we went to Avalon as my son had booked a Scuba session and his buddies did some snorkeling in the dive park. I again was lucky to get a prime mooring for a few hours. We grabbed some lunch and I stopped to get a couple of Michelada's from El Galleoñ. We headed back to Two Harbors stopping in Toyon bay to fish some marks. Dropped the anchor and started chumming. The Calico's were thick but small. Gave it a go for a while but nothing notable. Dropped loops didn't produce any Yellows. Flylined and chunks only produced short Calico's. Only one pesky Sea Lion to deal with but bad enough. Headed back for our last night and had a few beers before bed. Got up at 0600 to begin the breakdown. I knew the trek out would be painful because our dinghy blew away while we were in Avalon. I must not have secured it properly.. dumb ass. I made a trip with multiple bags to the dock while the boys slowly got up.. slowly. Dropped the gear off at the dock and went to grab a coffee but the shop didn't open until 0800. Hiked back to the site. Boys still hadn't taken their tent down. I told them load up and head to the dock. Plan was I'd take the small fish bag to the boat. Headed to the beach, put on some fins and got in the water and headed for the boat. Once on the boat a fella came by in his nice dinghy towing my Big 5 dinghy and said he grabbed when it floated over to him. Yes, at least we can ferry the gear from the beach.. just have to get in the water. That proved too much for these young men to handle. They wanted me to ask the guy moored next to us if he'd be willing to ferry them in his dinghy. The nice guy saw my predicament and helped me out and made several trips for me and three lazy 18yo. Aside from setup and breakdown we had a fun time. I personally think you're probably better off in a primative camp site as it looks like an easier access. Two Harbors Campground is just ok, the sites are hit and miss. Ours was not really terraced out very well and it was a downslope. Again I'm not an avid camper so maybe this campground is awesome. To me it is too difficult to get in and out on your own. Still looks like a great trip and awesome weather. I camped there last year with some buddies and the wind was howling but we still loved it. We just swam out of the harbor to spear and rented a skiff the last day to spear ship rock. If we had our own boat next time we would reserve a spot at Parson's Landing instead and anchor off the beach
Reactions: lougio
Upvote 0

HBtunatime said:
Still looks like a great trip and awesome weather. I camped there last year with some buddies and the wind was howling but we still loved it. We just swam out of the harbor to spear and rented a skiff the last day to spear ship rock. If we had our own boat next time we would reserve a spot at Parson's Landing instead and anchor off the beach
Click to expand...

How'd you do spearfishing?
Upvote 0

lougio said:
How'd you do spearfishing?
Click to expand...

Not too great, water was dirty green with barely 7 foot visibility. Best things we got were sheepshead and toad calicos, no luck on the yellows. Made some great tacos at the campsite with 'em. Coolest thing I saw was when I was casting a JRI from the rocks in the evening I had a yellow following it twice to the shore before I got it snagged in the sea grass
Reactions: lougio
Upvote 0

Pretty cool to spend time with your son and his buddies.
Reactions: lougio
Upvote 0

boys and yourself will remember that trip forever
Reactions: superduty and lougio
Upvote 0

That sounds awesome! We’re the primitive campsites closer to the beach?
Upvote 0
K

Hey Lou, awesome trip. Next time you head to Cat hit me up. I’ll meet you at the DP ramp and we can buddy boat over.
Upvote 0

Looks like a fun time with your son, the challenges just make the story more fun. We went last year with no Dinghy and swam to shore, it was so cold! Now we have a good dinghy, $500. We tie it to the bow of our Parker where you put your kill bag. The boat in camping spots are easier than Two Harbors.

THE GRAYS said:
Looks like a fun time with your son, the challenges just make the story more fun. We went last year with no Dinghy and swam to shore, it was so cold! Now we have a good dinghy, $500. We tie it to the bow of our Parker where you put your kill bag. The boat in camping spots are easier than Two Harbors.

Can you send me info on the dinghy you have and which boat in campsites do you like? Thx!
Upvote 1

lougio said:
Can you send me info on the dinghy you have and which boat in campsites do you like? Thx!
Click to expand...

Here is the link to the dinghy, it is out of stock right now but you can sign up to be notified when it comes back in stock. We just row it, no motor since there is not a good place to put a motor on the Parker. 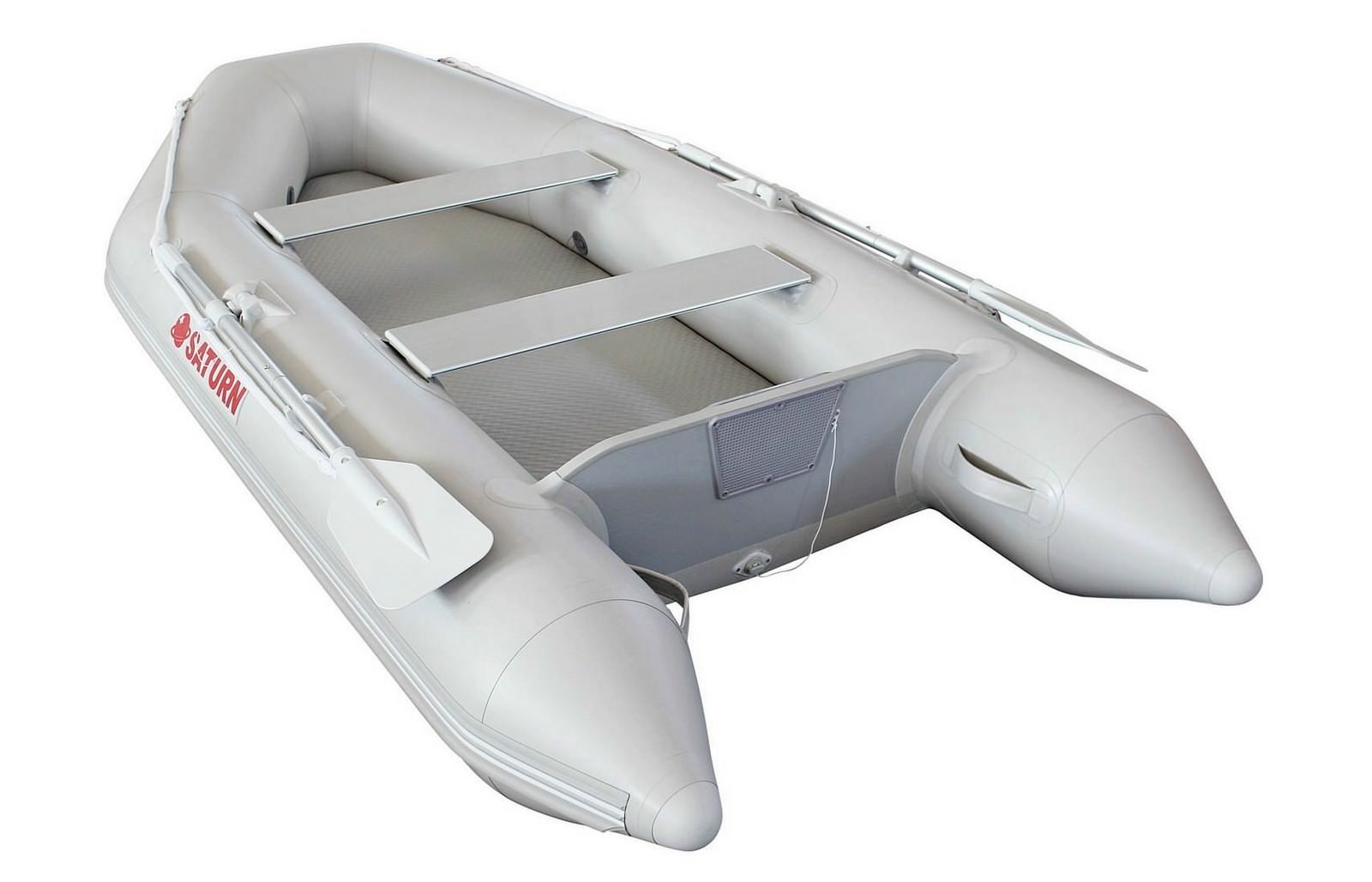 www.boatstogo.com
For campsites, we like the frontside boat in spots that are close to Two Harbors. So Ripper's is preferred, but any of these will work:

The boat in spots with higher occupancy limits usually have a bigger beach which we like, but then you might have other campers with you.
Toggle signature
Follow our family on our So Cal fishing adventures at YouTube! https://www.youtube.com/channel/UCh5EYIrexGgkk12GiQl38aA
Reactions: lougio
Upvote 1
Show hidden low quality content
You must log in or register to reply here.

Boat in camping Catalina with the kids