Mike met me down at Kai'Nana around 4:45 hoping to get some bait just as the moon sunk below the horizon. We got a few, ran out to S and got a variety there as well. Jerked the ika around the buoy a couple of times, just for good measure, no interest. Set up and trolled outside, sliding up the 1000, see some birds outside of us so we head that way. A nice pile some times active sometimes not. Stay with them for a while, both of us are in the tower, as Mike so perfectly timed, states... "I would expect there to be marlin around here" pretty sure just as he got the "A" of "around" out the port flat rubber band snapped with a vengeance, love those flat line bites and love them chrome jets. 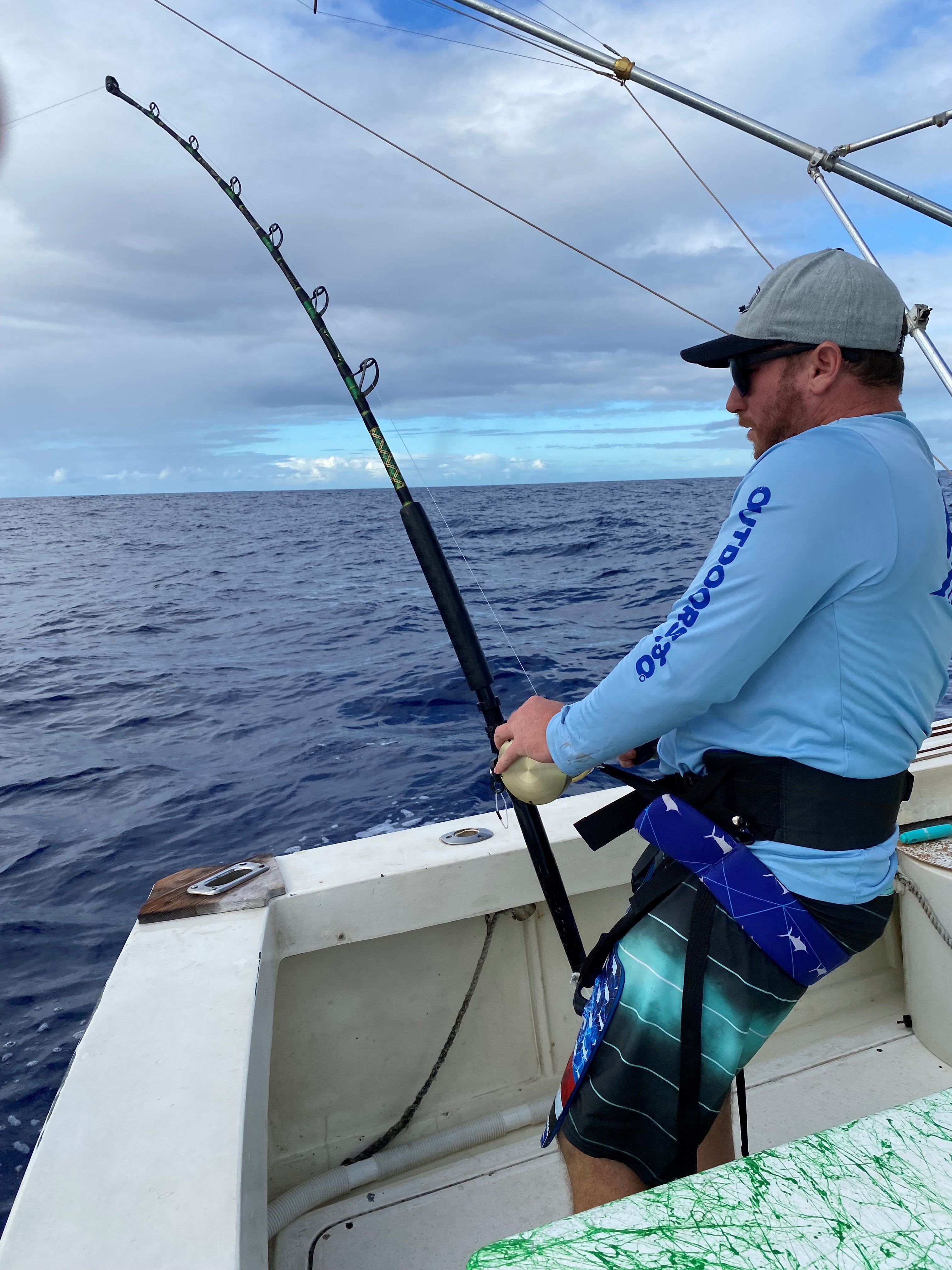 We both scurry down out of the tower, Mike as he is climbing down said it looked pretty big, I hadn't seen him yet. I reach over and slide the drag up, look back and get a glimpse of our little buddy, looked thick but not on the large size. Get the back deck set up, Mike get's Jerry's (Seamount) harness on, I finish the killing field preps. The fish never ran much, and Mike is making good progress, based on that, I load up the 357 bang stick, also have a 44, but have had some problems with those loads in the past. 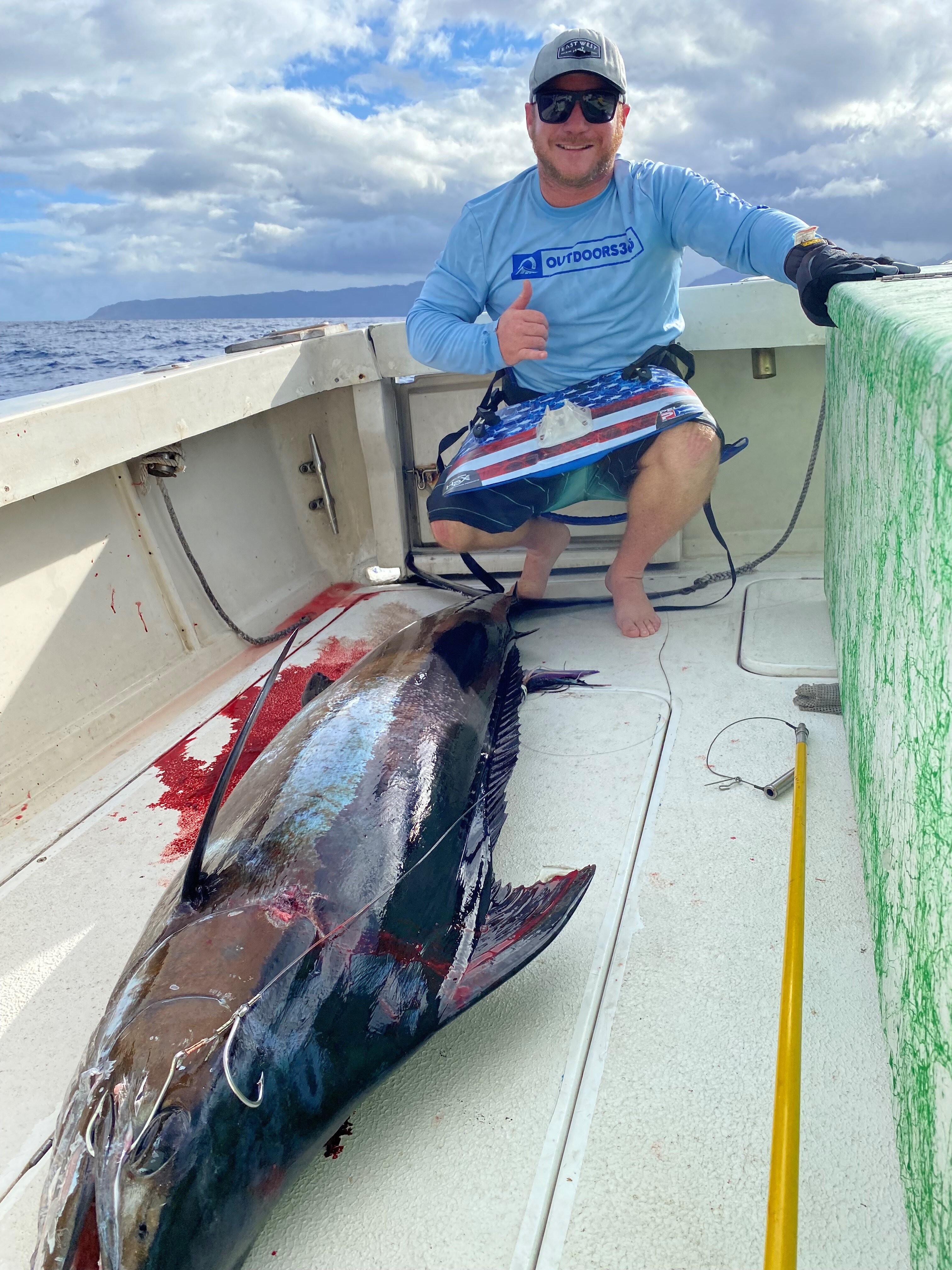 Mike gets the fish close enough to leader, I grab the leader, Mike steps out of the harness and eases the drag off some. Make some wraps, get the fish close enough for Mike to get a good shot and he does, get a gaff in him and bring him thru the door. When I leadered him, he looked like he was missing most of his bill??? Interesting short and twisted... 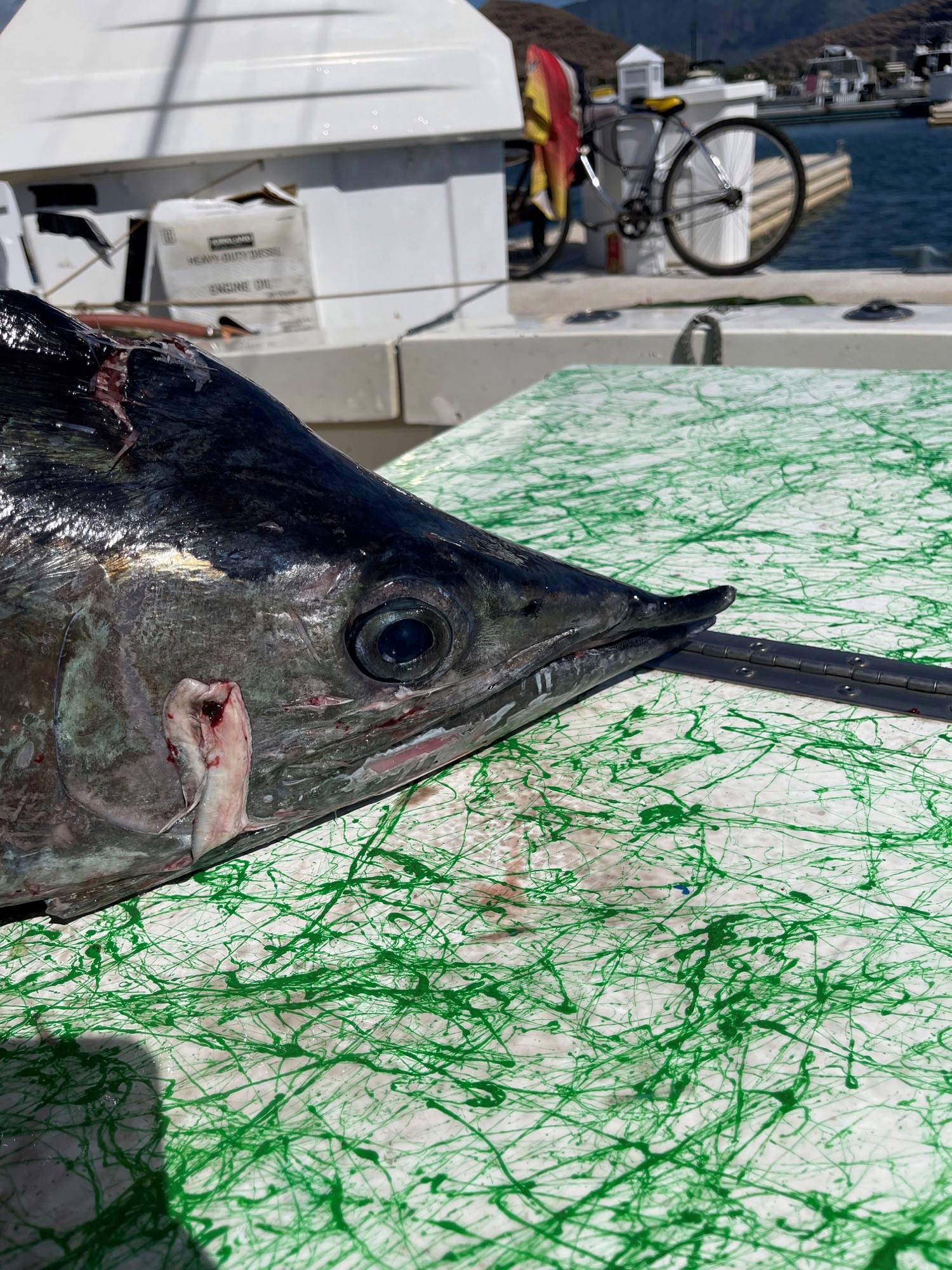 Good ole' faithful, 9" chrome jet in black salmon. Cut the critter, have my neighbor smoke it. 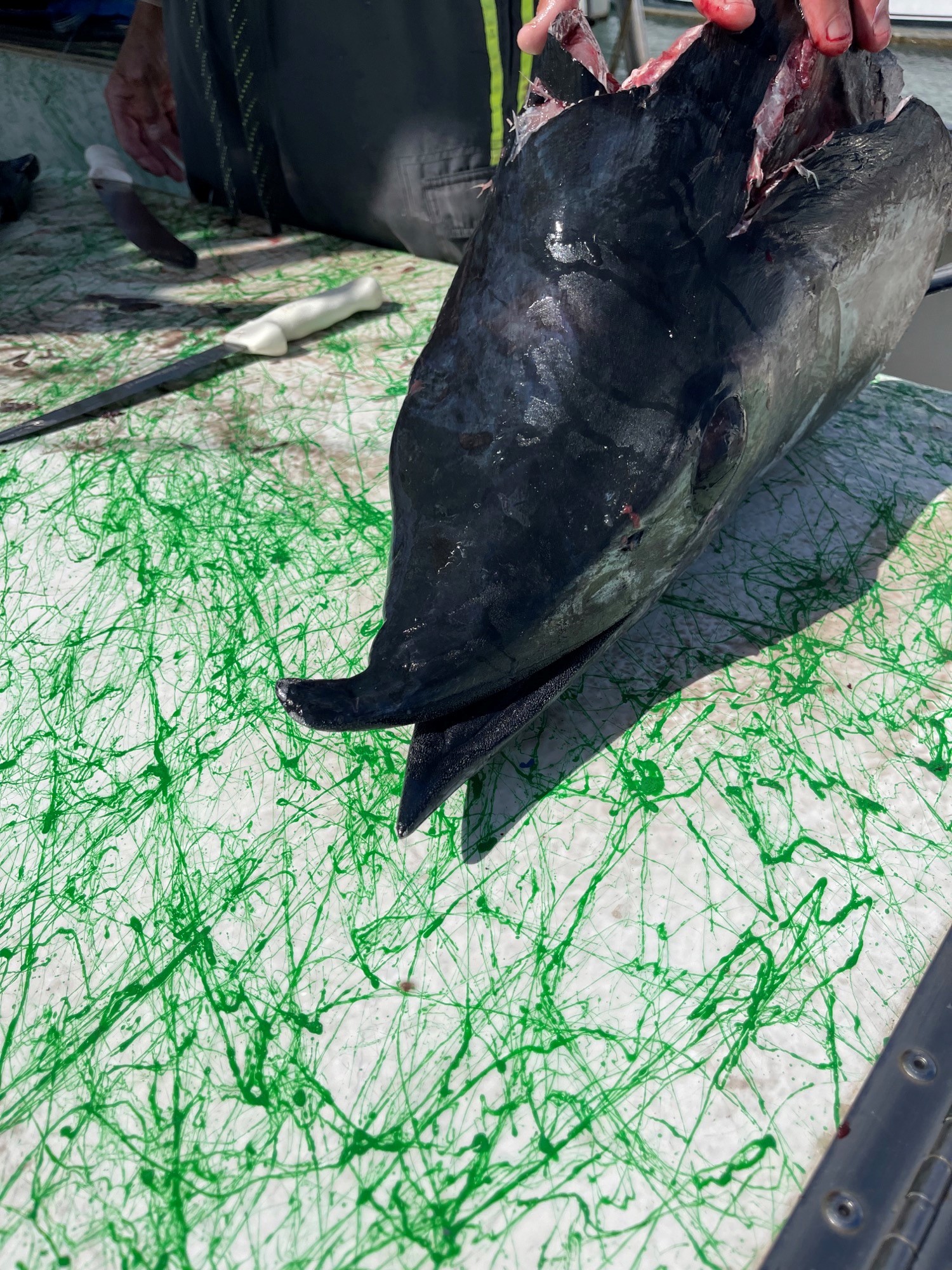 We misaed the hook set on one that decided to hit our wimpy ballyhoo Ono rig today.
Upvote 0

Good going on your catch! Nice to see that you got some action, been mighty slow on the westside.
Upvote 0

That’s a really weird bill regrow there.
We caught one way back when that was regrowing in three different directions, must have gotten really shredded!
Upvote 0

We misaed the hook set on one that decided to hit our wimpy ballyhoo Ono rig today.
Click to expand...

Thanks John, sorry you missed yours...

JimmyK said:
Good going on your catch! Nice to see that you got some action, been mighty slow on the westside.
Click to expand...

kapnd said:
That’s a really weird bill regrow there.
We caught one way back when that was regrowing in three different directions, must have gotten really shredded!
Click to expand...

Thanks Ron, I've seen/heard of 2 others recently that exhibited similar bills???