Optimism is good and we were definatley optimistic while planning on our first TUNA effort this year.

Got every thing loaded, drove to Westport and iced up filling 3 kill bags and 1 165 qt cooler on the boat and 2 coolers in the truck. Launched and set up gear and talked with several optimistic crews. Our 3rd crewmember showed up about 830 and we decided to launch at 5.

1 scoop in the 22 gallon Kodiak bait tank and away we went in the dark water with just a pink glow in the East.

The bar was a little lumpy but nothing like it was further out. at 10- 15 mph it took nearly 4 hours to get to the 125 line S of Grays Canyon. Water temp was only 58 so we continued SW past the 125 10. Heard some radio reports of action further S so headed that way, finally found 61 degrees and some less green water and deployed the troll gear.

First Tuna finally hit the clone rod at 1230, tossed chovies, dropped live bait hooks and nothing more. Danan reeled a nice 25# one up and I missed the gaff the first swing and got the bottom loin the next.

Gear out again we trolled another hour and the cedar plug got hit. Live bait again got no joy and I got this one up and Danan made a nice head gaff on the 20# Albie
that resulted in blood splattered every where. From the bleed bucket into the slurry while we trolled here and there seeing other boats land fish occasionally but we couldn't get another fish to bite even changing the lures, speeds, drivers .... We trolled N for quite a while still in 62 degree water and finally headed in at 336. 25 + most of the way back arriving to the wait at the dock mill around mill at 530.

Sorry we couldn't get Mike his day after birthday fish but appreciate the radio hints from several boats who offered support. 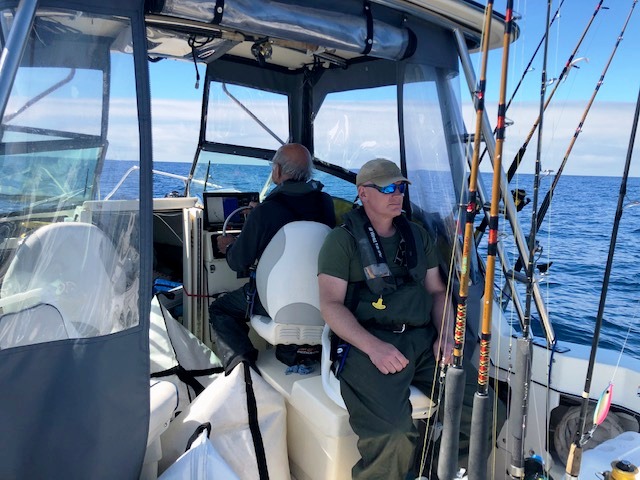 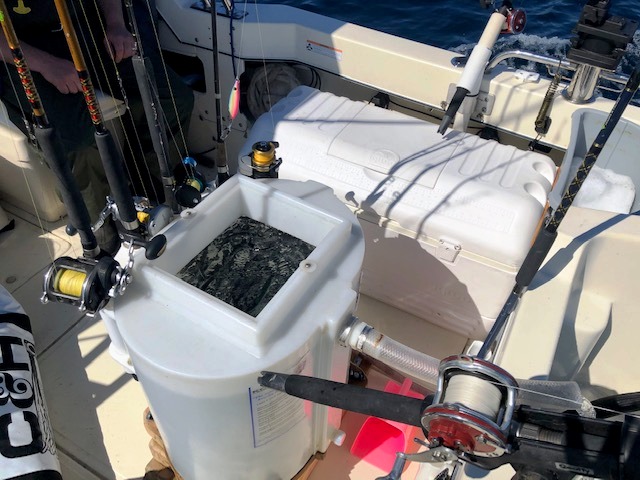 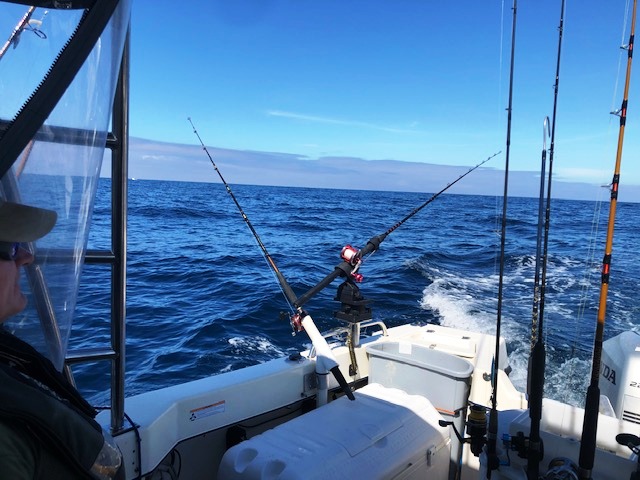 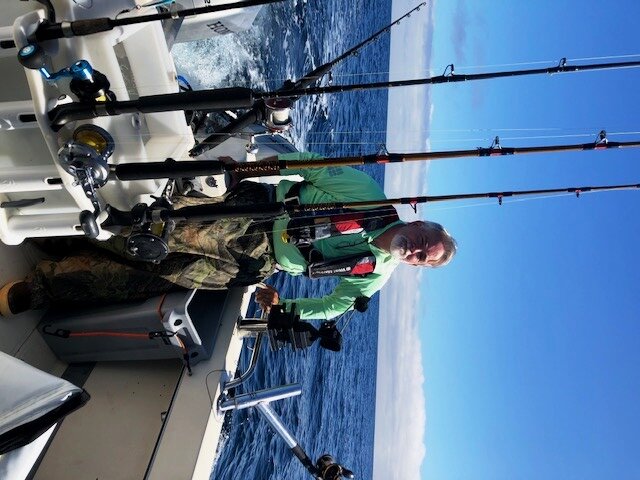 Last edited: Aug 28, 2020
Toggle signature
Save Fishing for our Grandkids, and Theirs

Good job, I was out today too, really nice size average. Had to run out to the 30 line to get good water temp. 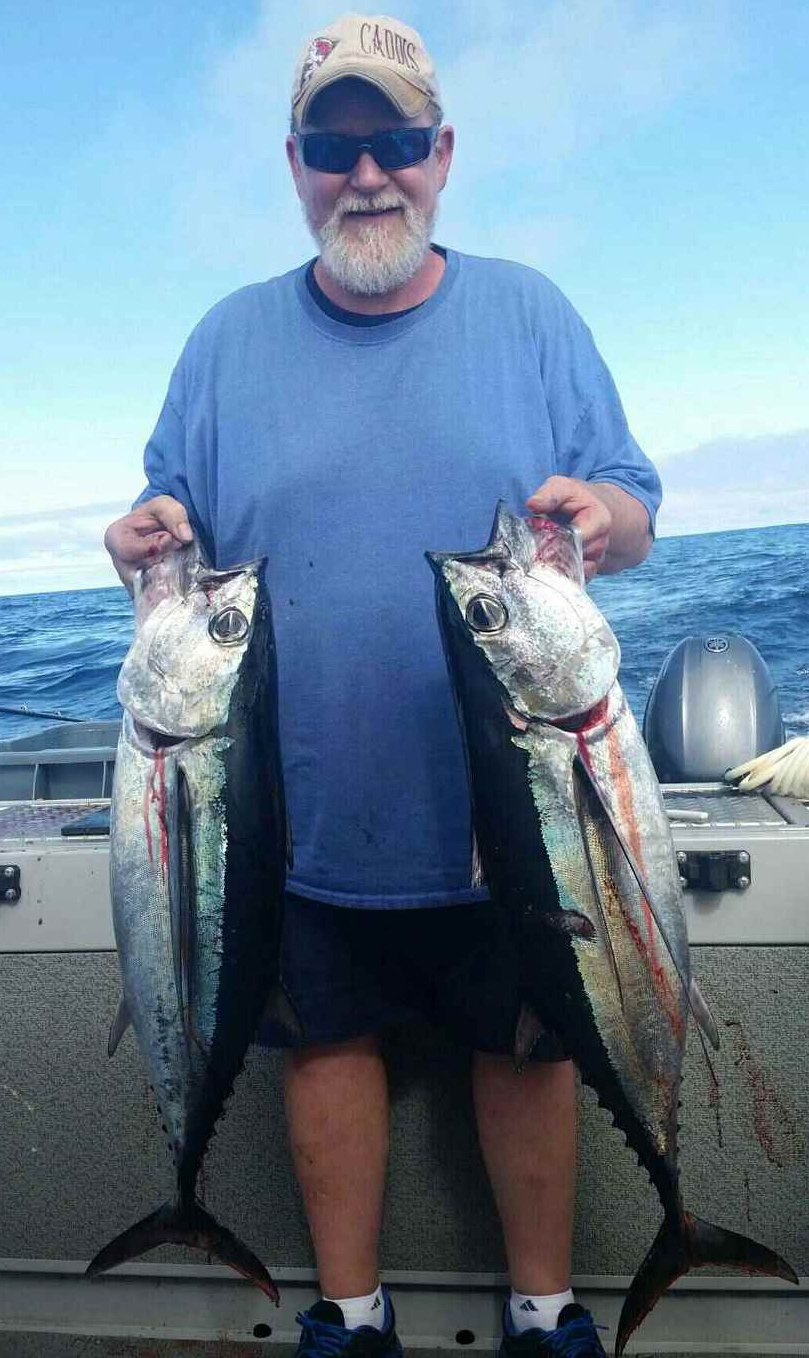 Nice albies!!
Toggle signature
Save Fishing for our Grandkids, and Theirs

We were out also, got first fish at 59.5 degree water, and then another, lots of bait there and a mix of water color. Ones we found were very weird, had at least 8 grab live bait and spit it w/n 2 seconds. Lost some in crazy ways (sure those ways I will never see again, had an awesome crew of 2) finished with a decent amount. But troll was not awesome by any means. SST temp was good al the way back to w/n 38 miles on way back we were 46.50/125 something all day
Reactions: GregE
Upvote 0

Thanks for introducing yourself and chatting. Was looking forward to fish with you on Thursday, but we didn't even make it all the way out! After a two hour run and only at our halfway point we threw in the towel...gps said another freaking two hours to go...wtf...boooo

Instead of running, we decided to use that 2 hours to hunt and kill Salmon. Sounds like a good plan....WRONG!! We started our hunt at the 300' line...blank screen, no fish. Work our way in 280', 240', 220' South Bowl...couple shakers...threw back a short King. My fish finder had two modes...Blank mode and Jellyfish mode. Eight hours later...we're all the way in the beach in 20' of water, still looking for a big takedown.

Here's that fish I caught on Wednesday. I wanted to show you, but it was buried on the bottom on cooler. My personal best for sure. Don't know the weight...it bottomed out my 30 lb. scale...my big scale was in my archery box at home. 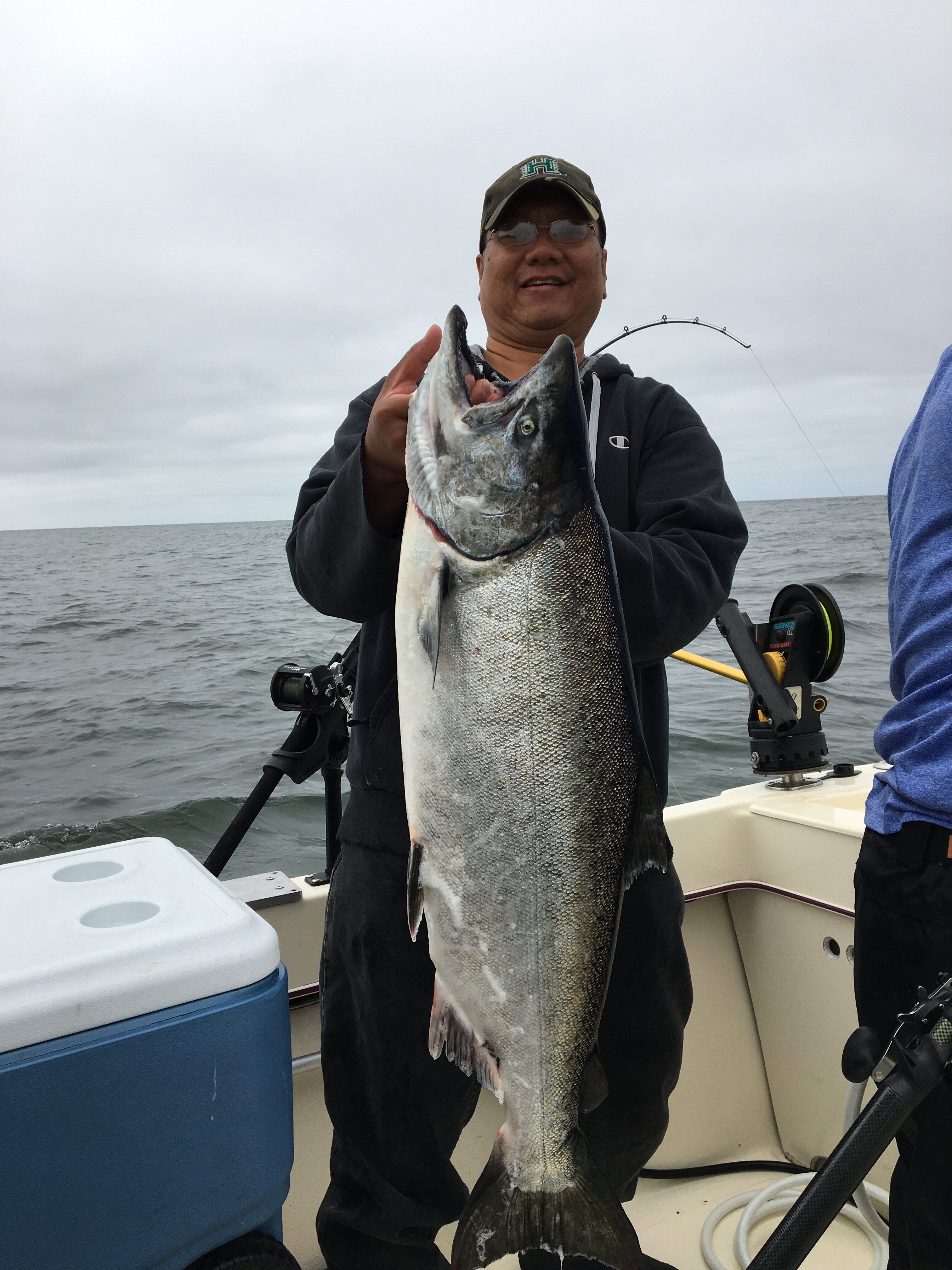 Yeah it was a tough slog getting out. Glad I'd added the suspension seats 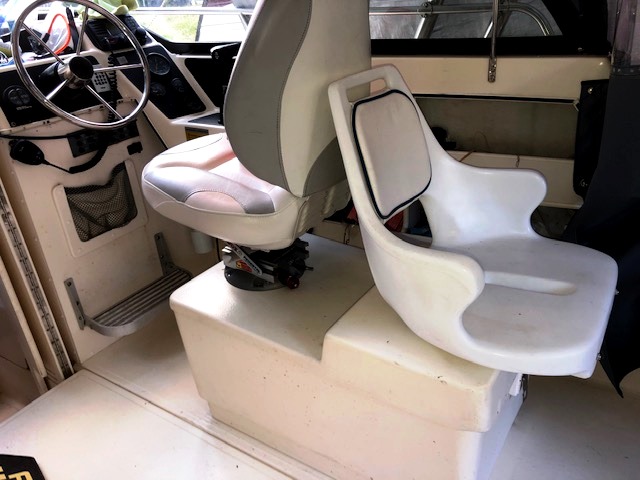