For anyone who has the trac (or Brutus, I think they're pretty close to the same thing) line puller, how did you mount it? I want to be able to switch between using it on the big boat and my 17 Whaler, so I can't mount it permanently, and I don't really want to drill into the boat anyway. Any thoughts? Also: I can't run it direct to the batteries on either boat, even with a fuse, it would be a PITA, so how did you wire it and to where? I do have a wall outlet open in the cockpit of the big boat, as well as a 12v cig lighter plug, but only a 12v cig lighter type plug on the Whaler. I've never had a strong set of wiring skills, so any advice or suggestions would be appreciated!
Expand signature
God is great, beer is good, and people are crazy!

Club a Sea Lion, not a Sandwich.

For the Scotty version, it is mounted to a #1023 tilt mount. 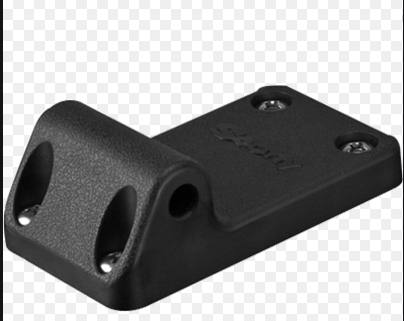 Now it's up to you to figure how to attach that to the boat. Some guys use a rod holder mount which is the Scotty 1028 for non permanent applications. It may be tough to use that on a rod holder attached to a railing because at least in my own experience, you put enough pressure on them and they will rotate on the rail. 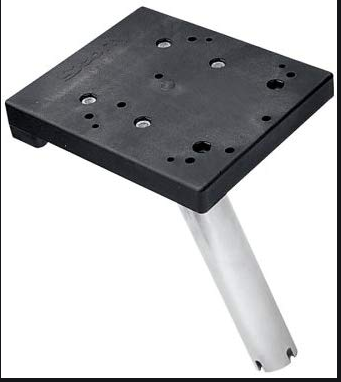 For rail applications you can use the 1027 rail mount, that piece of wood is used to press against the boat for added stability. 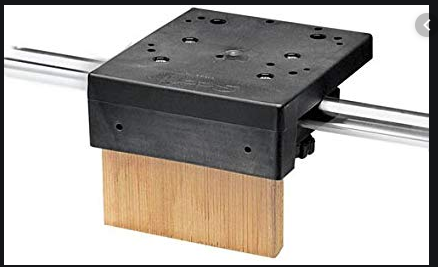 The other mount you can use is the 2027, and that goes around the rail and uses the stanchion for support. 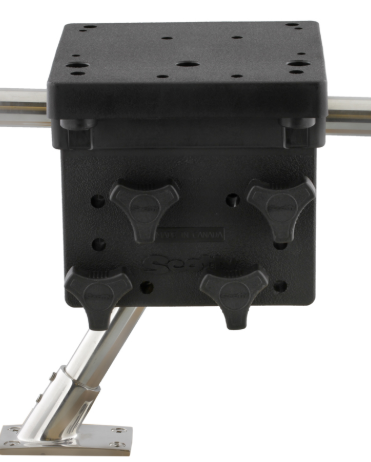 
The key thing to remember is you need a place to secure that 1023 bracket.

As for the wiring, you want to overkill this because of the amp draw. You will probably be using a minimum of 12 AWG wiring, 10 would probably be better.

You will want to beef up your electrical system, don't even consider running it through your cigarette lighter. You are asking for serious problems/safety issues. I just checked the spec of the Blue Seas Cig. Lighter and it was 15 Amps max.

Since you will not be going directly to the battery you will want to make sure whichever fuse block you are going to run the power to is capable of handling a load this big. Meaning, if you put the female socket in the console of the whaler, you better make sure that the wiring from the battery to the fuse block you are using in the console is sufficient as well. Sufficient being it can run the hauler with all your other crap on at the same time.

Even on your big boat, make sure that wiring is good before using the hauler, if they ran the wiring expecting to use that receptacle with something that would only be 20 amps, it's undersized. Get in there and check the wiring and the connections and if need be, run new wiring.

It ain't difficult, but this is not something you want to screw up or cut corners on. Just because it may work 1 or 2 times, does not mean it is any less safe down the road.

Good luck, let us know if you have any questions.
Expand signature

www.marinco.com
this will work
M

I just installed one of these for my electric reel and pot puller. Put an inline fuse and connected straight to the batteries. Very simple.

miaf said:
I just installed one of these for my electric reel and pot puller. Put an inline fuse and connected straight to the batteries. Very simple.
Click to expand...