Offshore The sword teased us then finally committed

Fished the inaugural PCYC Channel Islands swordfish tournament last weekend along with 15 other boats. We fished hard all day Saturday without any fish or bites to show for our efforts, one fish was caught late in the afternoon however overall a slow day for everyone.
Spent a cold wet night on the center console at Santa Cruz Island and decided to fish a new zone on Sunday away from the fleet that was spread out along the backside of Santa Cruz. Got to the new zone without a boat in sight and set up a drift for nada, however conditions looked good so we reset and started our second drift.
About 30-40 min into the drift it happened, a slight tap on the rod tip; that's a fish! Reeled the bait up about 100 ft and slowly dropped it back down. After what seemed like an eternity, another tap...then nothing. Then another tap, then nothing. This went on for well over 10 minutes then the rod tip got heavy for a second, then nothing again. By this point we are beside ourselves yelling "take it"! Then the rod got heavy and heavier and WE'RE TIGHT and it's pulling drag 1000 feet down. 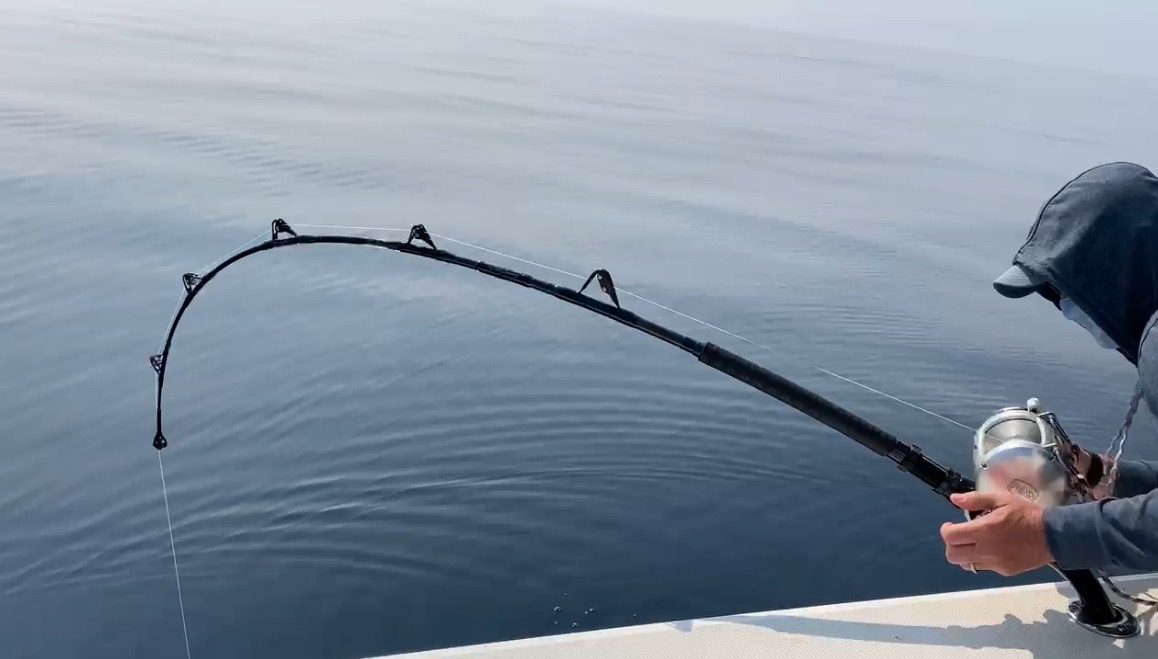 Then the line went slack as the swordfish rocketed towards the surface and we reeled like crazy (no electric reel) while driving the boat away from the fish. We finally caught up to the fish and managed to put some tension on it as it came up to the surface. It popped up about 200 feet from the boat and thats when we knew we were on a big fish and the excitement level on the boat got a little higher. It kept on coming towards the boat and we got the weight off and as soon as we did it sounded ripping off about 100 yards of line as it headed back down into the depths.
For the next hour we'd gain some line only to lose it as the fish refused to move above the thermocline. We eventually got it beside the boat where it started thrashing on the surface until a well placed shot with the flying gaff then a second gaff and tail rope ended the battle! However, in typical swordfish fashion it wasn't quite over as it proceeded to go crazy beside the boat breaking two gaffs and almost ripping the tail rope out of my hands. Finally we calmed it down, opened the transom door and welcomed it onboard!
Fish weighed in at 264 and was the winning fish in the tournament! Clearly a day I'll never forget.
Special thanks to Eric's Tackle and PCYC for hosting a great tournament 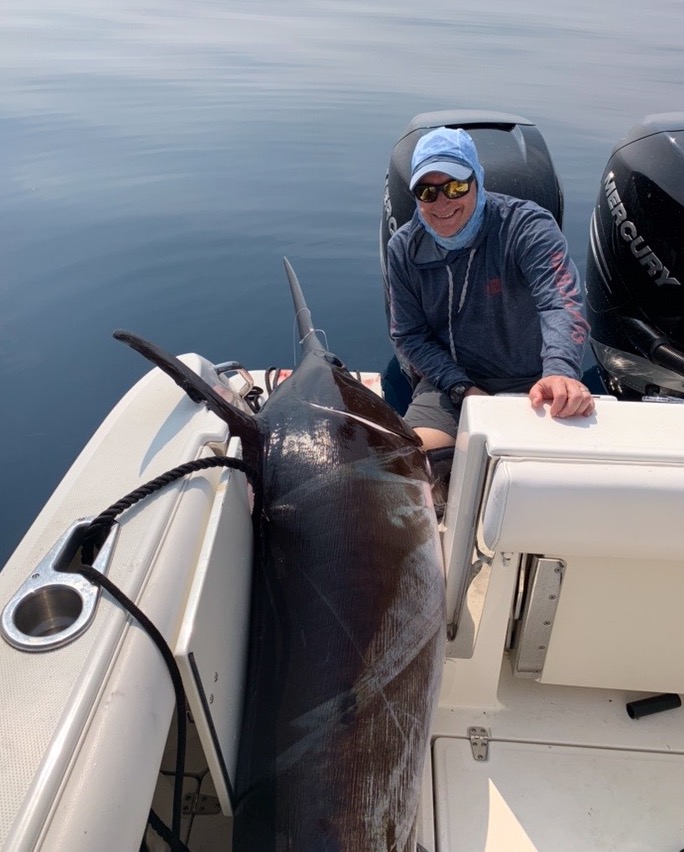 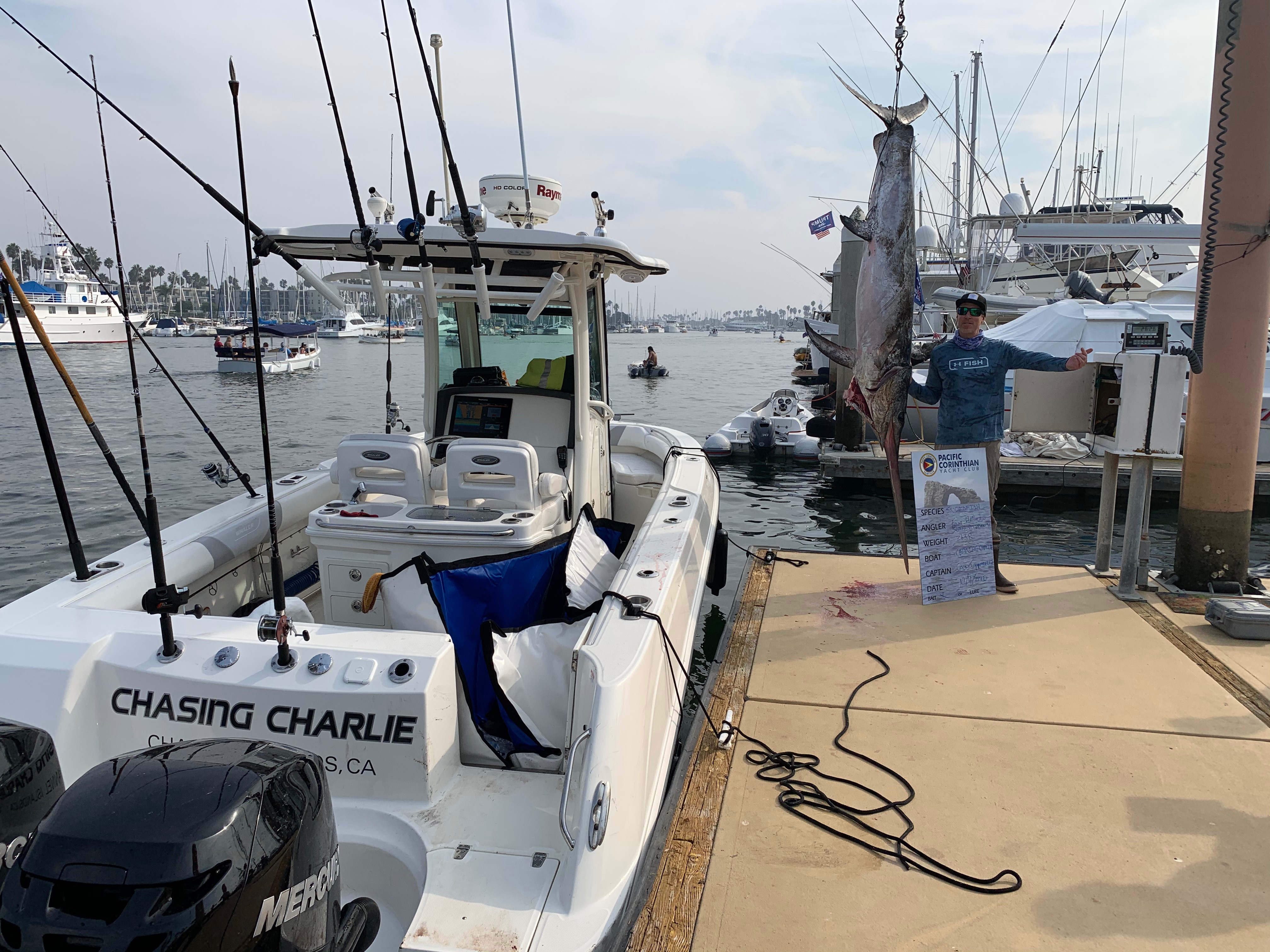 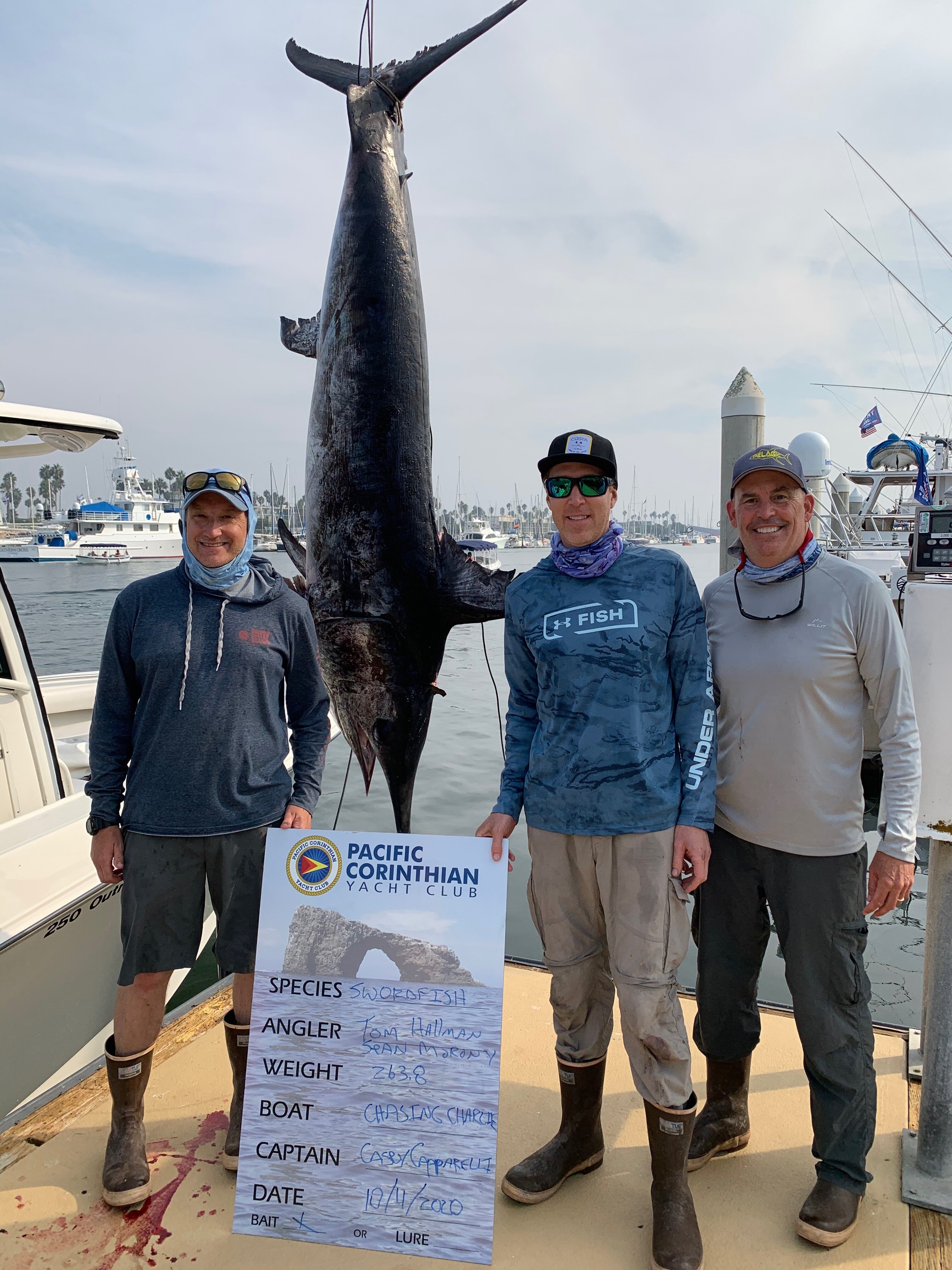 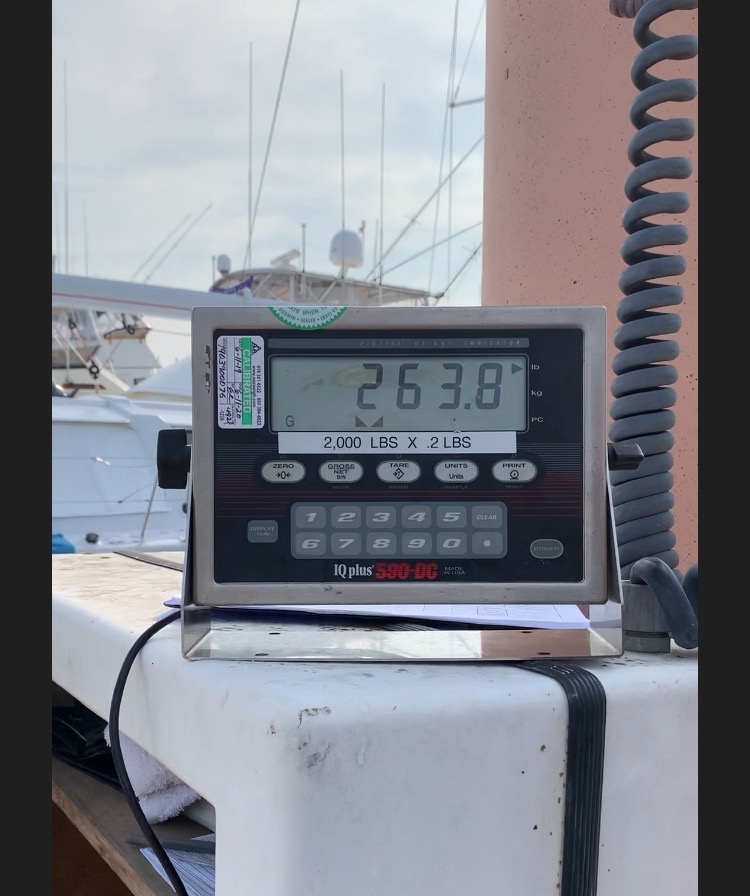 Congrats on the fish and great report, seems like I’m gonna have to give it a try sometime there are way more sword fish around than I ever thought
Reactions: Steelhead1
Upvote 0

I have no beliefs, I joined for the violence.

Super rad! Been gearing up to fish them myself. Eric has been a huge help, I’m probably there 3 days a week!

Matt4824 said:
Congrats on the fish and great report, seems like I’m gonna have to give it a try sometime there are way more sword fish around than I ever thought
Click to expand...

Great report, thanks for the details, congratulations!
Toggle signature
Follow our family on our So Cal fishing adventures at YouTube! https://www.youtube.com/channel/UCh5EYIrexGgkk12GiQl38aA
Reactions: Steelhead1
Upvote 0

Heck yeah way to go boys !! That’s getting it done...hopefully it will happen for me soon!!
Reactions: Steelhead1
Upvote 0

Paid yours dues and converted it into a fish, heck of a job!
Reactions: Steelhead1
Upvote 0

That's a dandy, and you guys won it.....SICKAZZ!!!
Toggle signature
IF YOU WAIT FOR YOUR FRIENDS TO GO FISHING, YOU MAY NEVER GO FISHING.
Reactions: Steelhead1
Upvote 0

that water looked like a lake!
Reactions: Steelhead1
Upvote 0

errock_22 said:
Super rad! Been gearing up to fish them myself. Eric has been a huge help, I’m probably there 3 days a week!

Steelhead1 said:
Thanks and yes, that's #2 for us this year.
PM me, I'm no expert, but happy to share what I've learned.
Click to expand...

Will do! It’s been pretty cool watching the local guys figure this out.
Reactions: Steelhead1
Upvote 0

Love the write up felt like I was there super cool!
Waters looked like glass and a big congrats and yes Eric’s is the best!
Reactions: Steelhead1
Upvote 0

I'm putting all my money on you to catch a 264-lb. swordie tomorrow. (See date on weigh-in board)
Reactions: Steelhead1
Upvote 0

Elvis has left the building! Outstanding!
Toggle signature
Go ahead, make my day...