Headed down to Seaforth Friday 11/5 for a last minute trip and boarded a full boat at 5:30am. We were already baited up, so we went straight out to the grounds with Captain Ryan at the helm. We were told it would be a 2.5 hour ride before we got to the grounds they had been fishing and sure enough, we pulled up to our first kelp between 8-8:30.

We hooked a few yellowtail before the bite died down, then Captain Ryan said that there were bluefin there anywhere from 40ft to 200ft down. I was fishing the bow but I heard a couple anglers had hooked tuna on the stern. I grabbed my 40# setup with a 100 gram pink Daiwa Zakana tied on and casted out a couple times, letting it fall and dumping half my spool before burning it back in. On my second cast, I felt an odd tension on the retrieve- like barely any, but enough to know that it wasn't just the weight of my jig. Thought for a second maybe I'd picked up someone's line. I wound as fast as I could to see if my rod would load up and it did. Soon after I was yelling for a gaff and boated a 30# BFT.

We left shortly after and proceeded with paddy hopping for the rest of the day. I'd say about half the kelps we stopped at were holding. It would be pretty wide open for 5-10 minutes on each stop then die off, then captain would move on. Smaller belly hooked lively sardines on 25#Seguar Premier with a #2 j-hook was working for me on the YT. There were BFT being metered in multiple areas, but no more hookups for the rest of the day.

I ended up with 1 bluefin and 4 yellows. The boat had over 100 on the yellowtail and 3 bluefin. Not bad for a full day in November. I've been reading reports of them running into big BFT 100-200 pounds in their zone the last few days and they are telling passengers to bring big gear to be prepared. 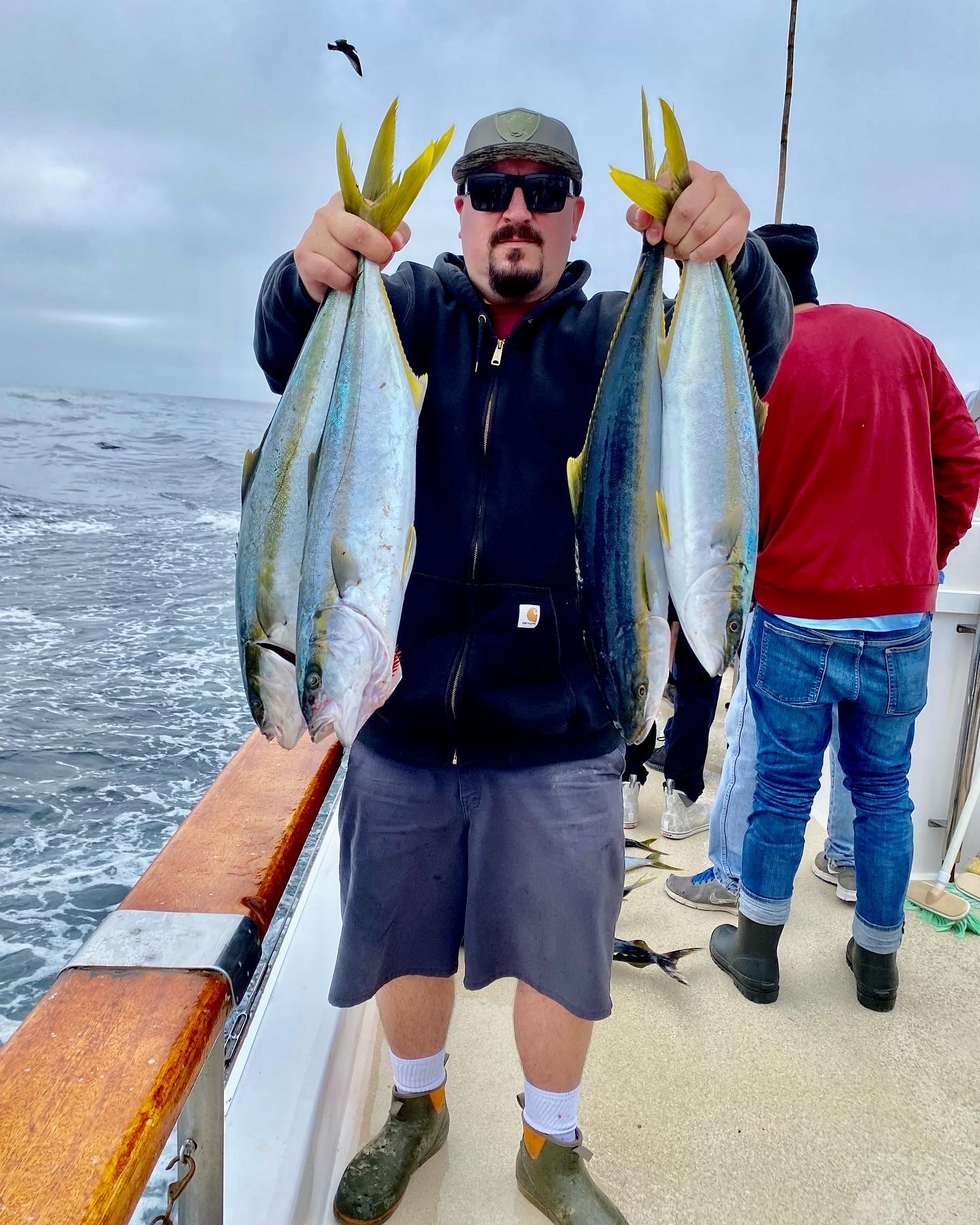 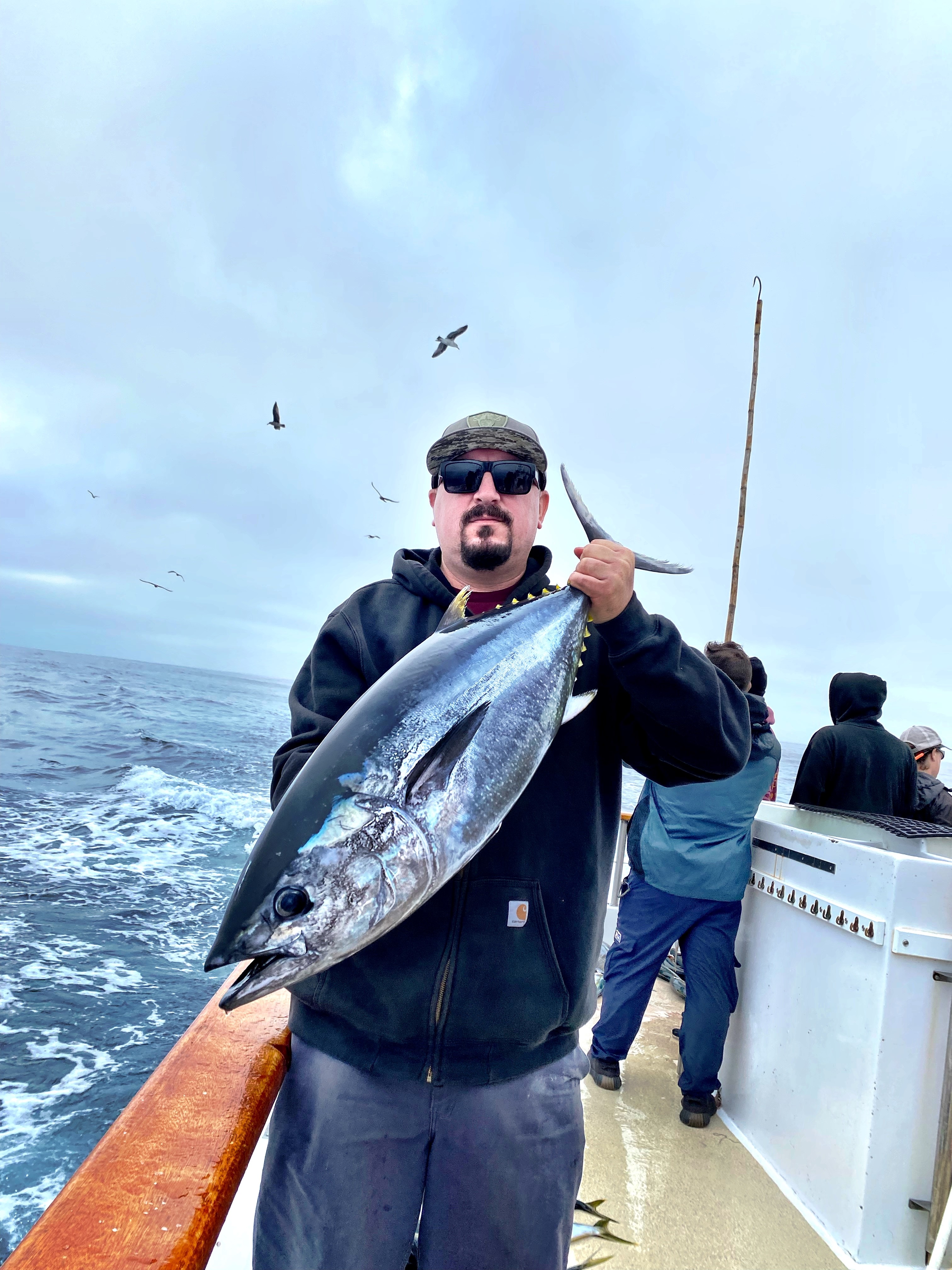 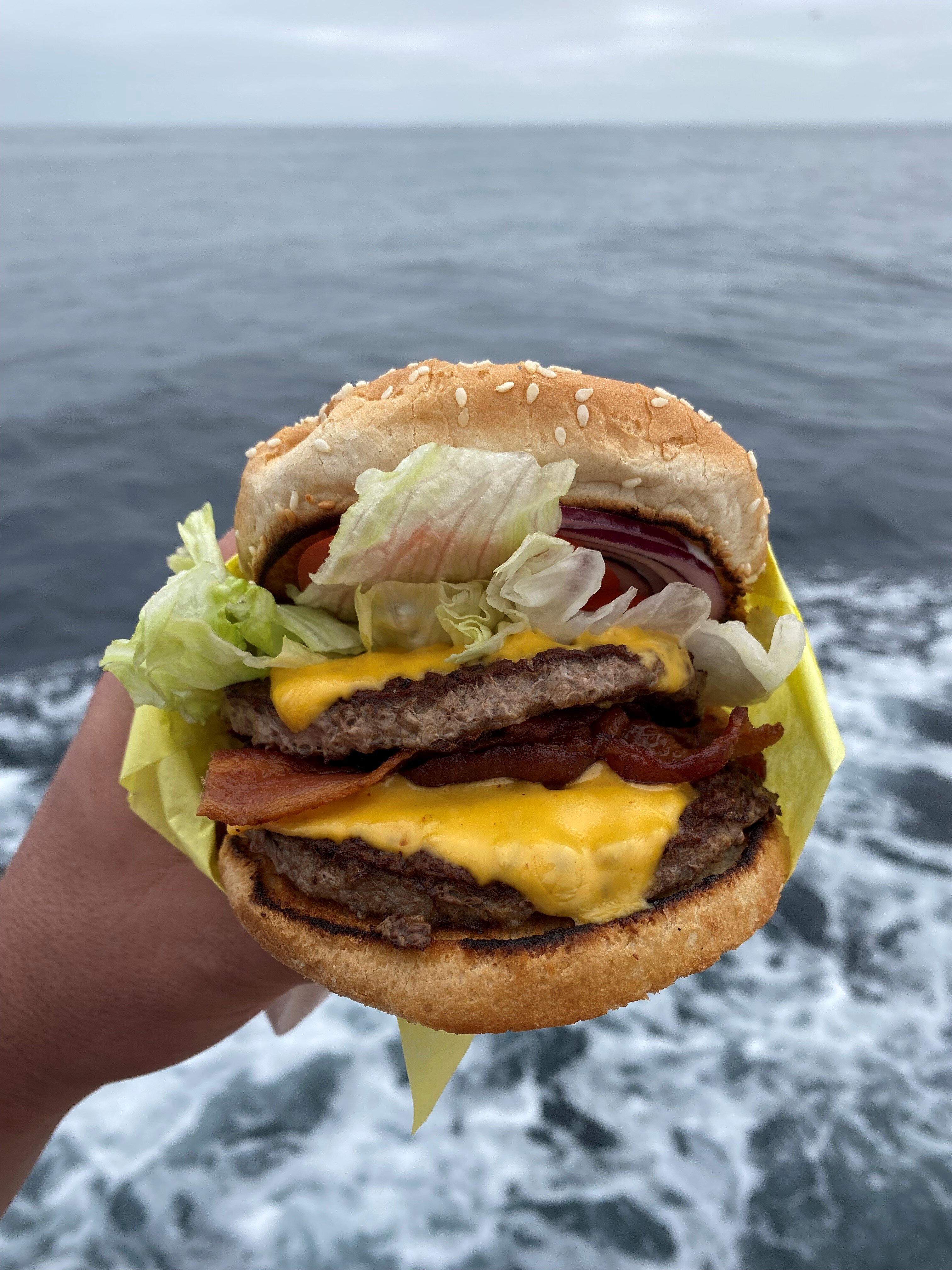 Some fish taco meat, nice big bowl of Poke and YET the boat burger steals the show

Man that burger got me hungry!
Great job on The BF.
Reactions: Yr4m2pro, CI_SeaWolf and Kh1983
Upvote 0

Appreciate the report. Was a passport required for your trip?
Toggle signature
Friends will bail you out of jail Best friends will be next to you saying that was f#!k-ing awesome

Offshore 5/5 on the San Diego