Hopped on the Liberty 7/2 with my newbie buddy who hoped to catch his first ever yellowtail. Parking was a breeze and lots of empty spots! Not sure who was driving the boat, but it wasn’t Taro.. We headed a bit south of the Coronados for the first stop.. Weather was awesome, bait was very good 4-5” sardines and the fish were biting.. The first stop produced big calicos, yellows and all the barracuda you wanted.. I caught lots of big barracuda on the surface iron but no yellows.. got tired of that and switched to bait..

Hooked up on my first yellow- (gear: Calstar 870/Sealine x 20sha/40lb j-braid/25lb mono/25lb flouro/#1 Owner mutu ringed circle hook.. fly-lined sardine).. After a few minutes the fish was almost at color when my line snapped.. checked my line and line was frayed.. pretty sure it was from a guy who sawed me off with his braid when we tangled.. No worries, try again.. Hooked another yellow and it is game on again.. got him straight up and down when my line takes off like a freight train.. you know the feeling.. the feeling when the dog has your fish.. no chance.. oh well, ..lost another yellow..

), his first ever!! He used his new rig: Cedros 7’ spinning jigging rod/Coronado 60 spinner/50lb braid to short 25lb fluoro leader/ #1 Owner mutu ringed circle hook.. fly-lined sardine. So happy for my friend who had only ever caught rockfish..

Captain makes a move back towards the islands and it’s non-stop bottom fishing , mostly whitefish with a few sheephead, rockfish and perch mixed in.. barracuda still being caught on the surface iron.. another move north and we end the day next to the Grande and the Mission Belle with more calicos and yellows.. hooked up again on fly-lined sardine and you guessed it.., I get sealed again.. he dropped my fish for a moment but I had no chance since nearly all my line was gone... oh well, we had a GREAT trip, caught tons of fish, great crew who worked hard!

-Most all the yellows were caught on the sardine, not sure if I saw any on the iron except one

-Seals were thick and they love me

-The Liberty is awesome and I shall return! 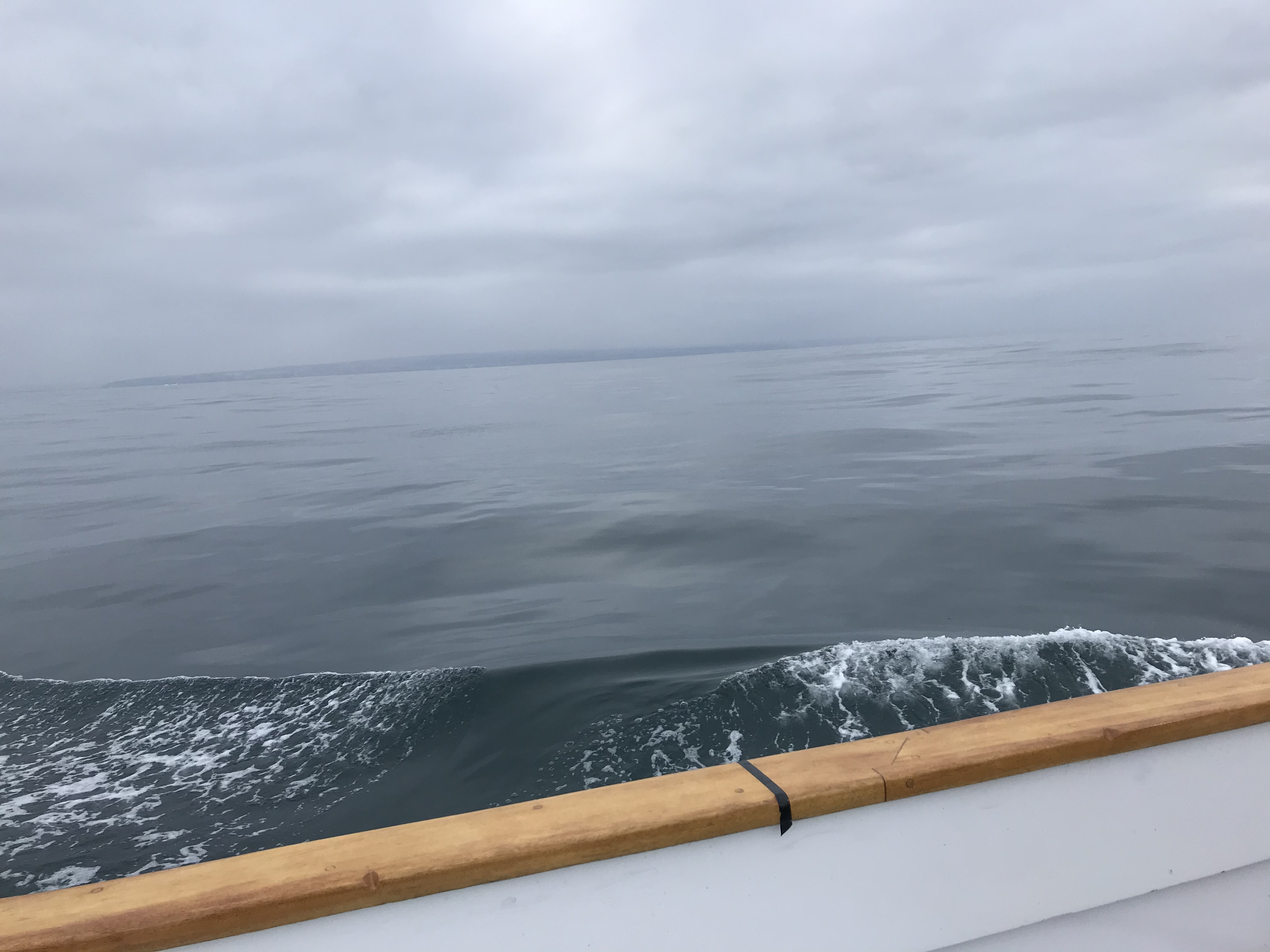 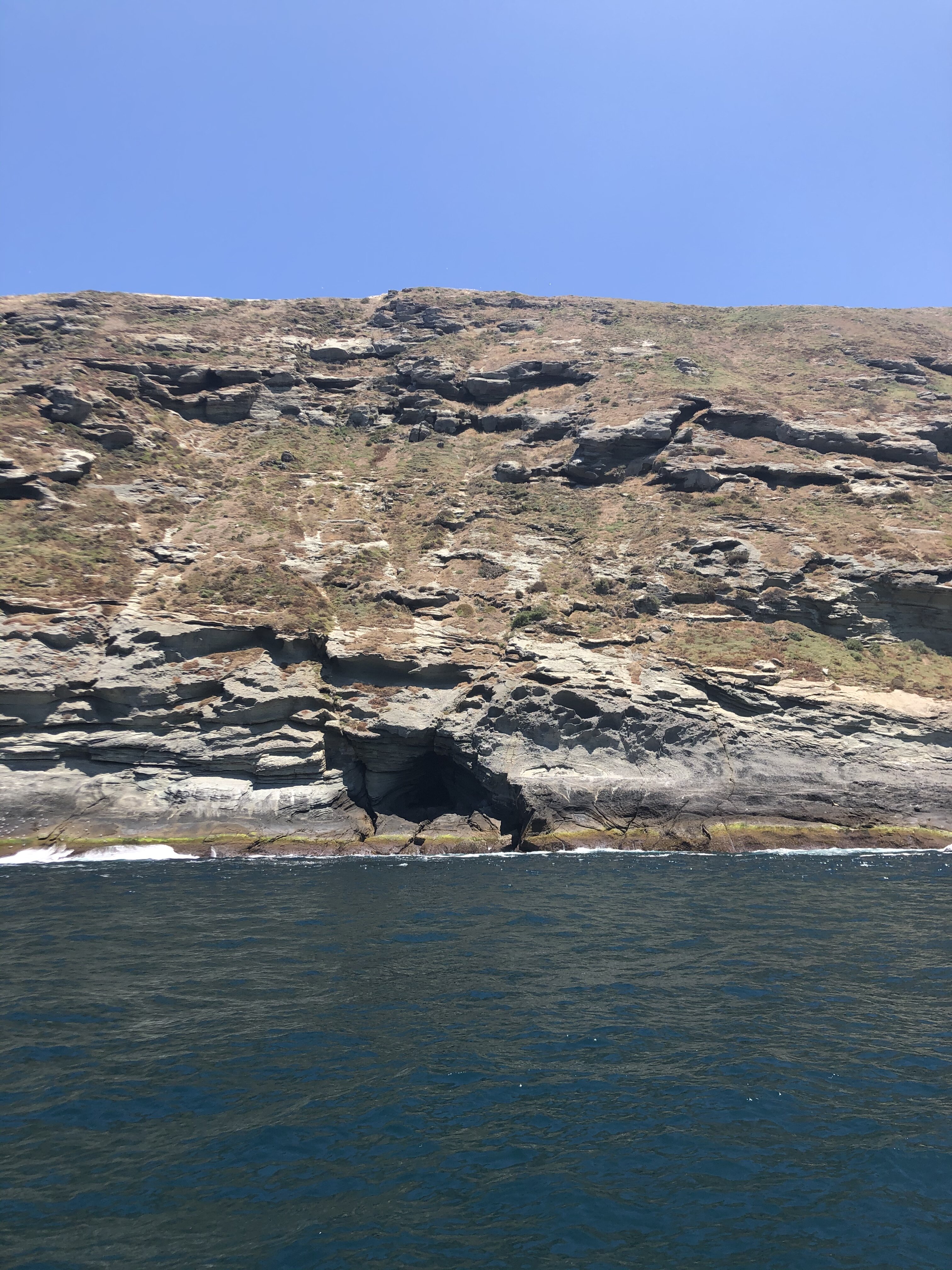 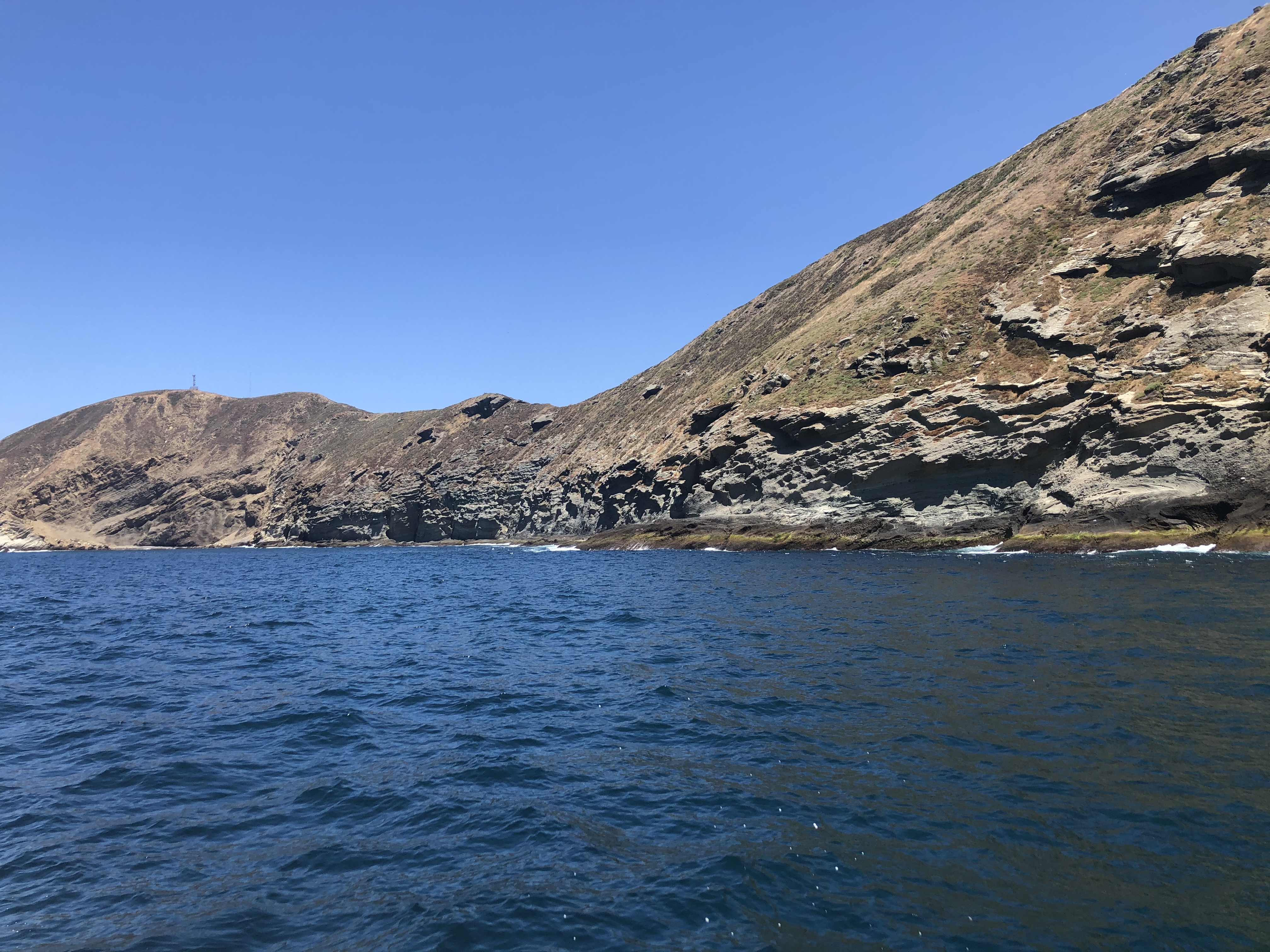 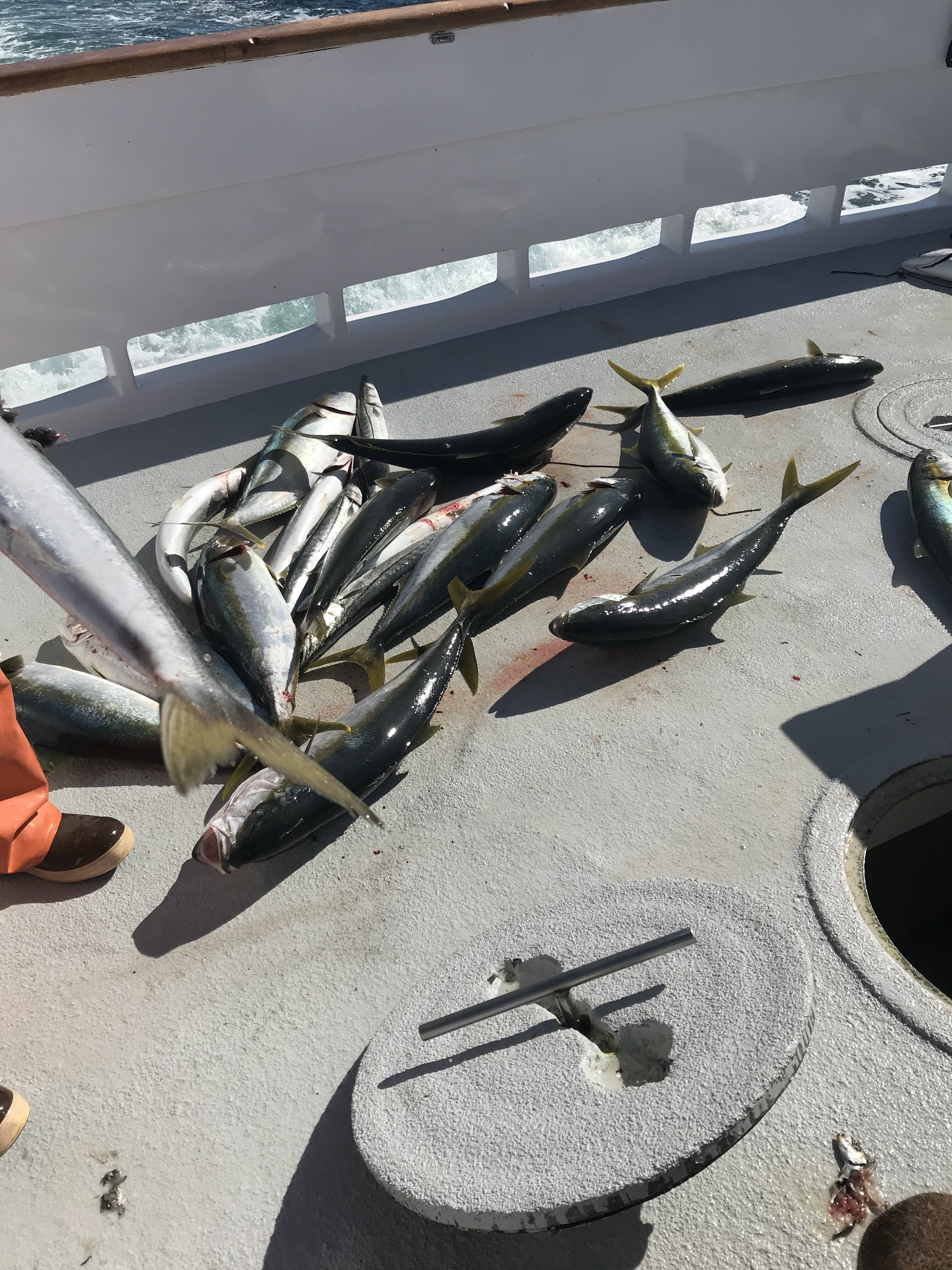 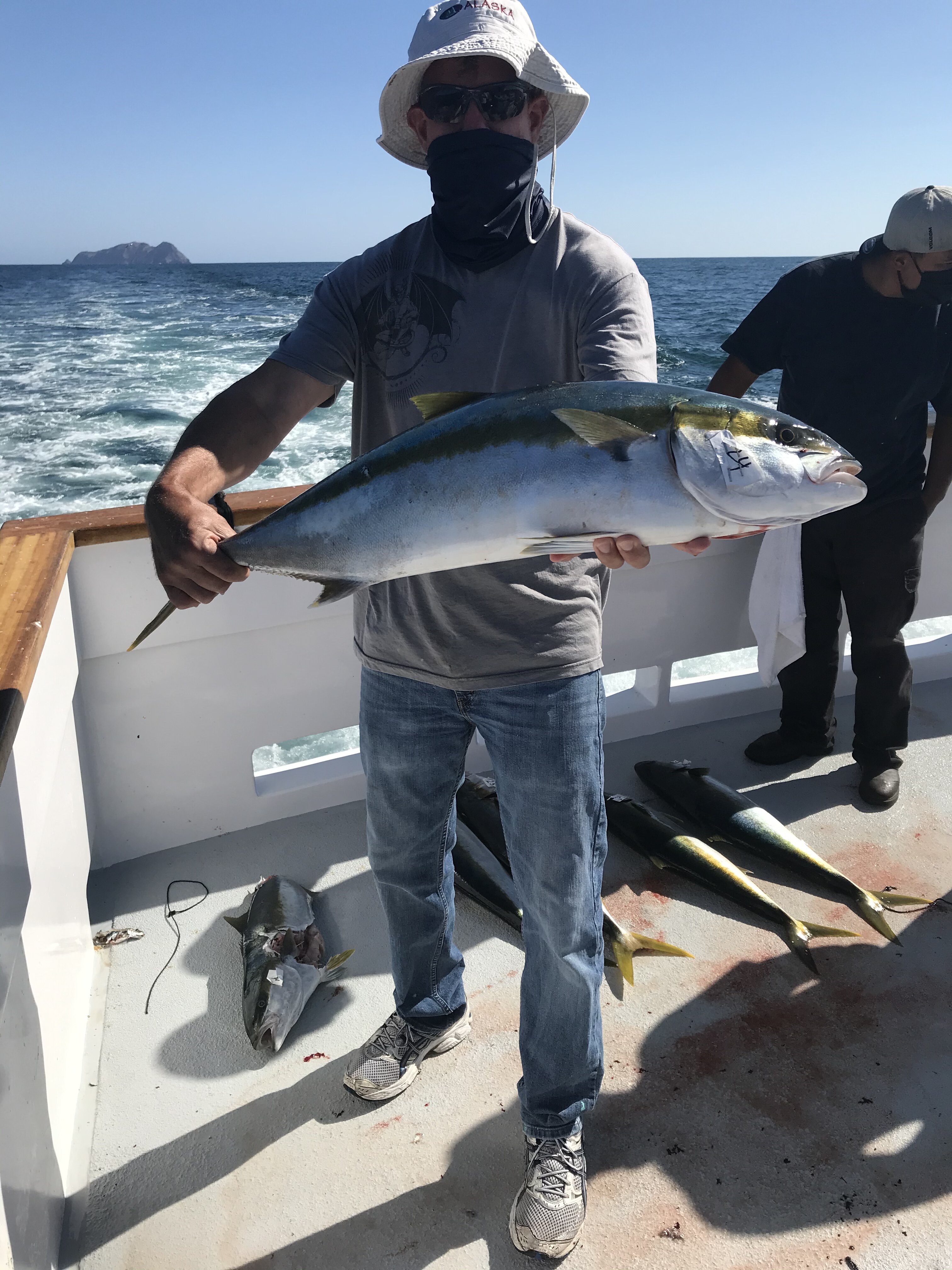 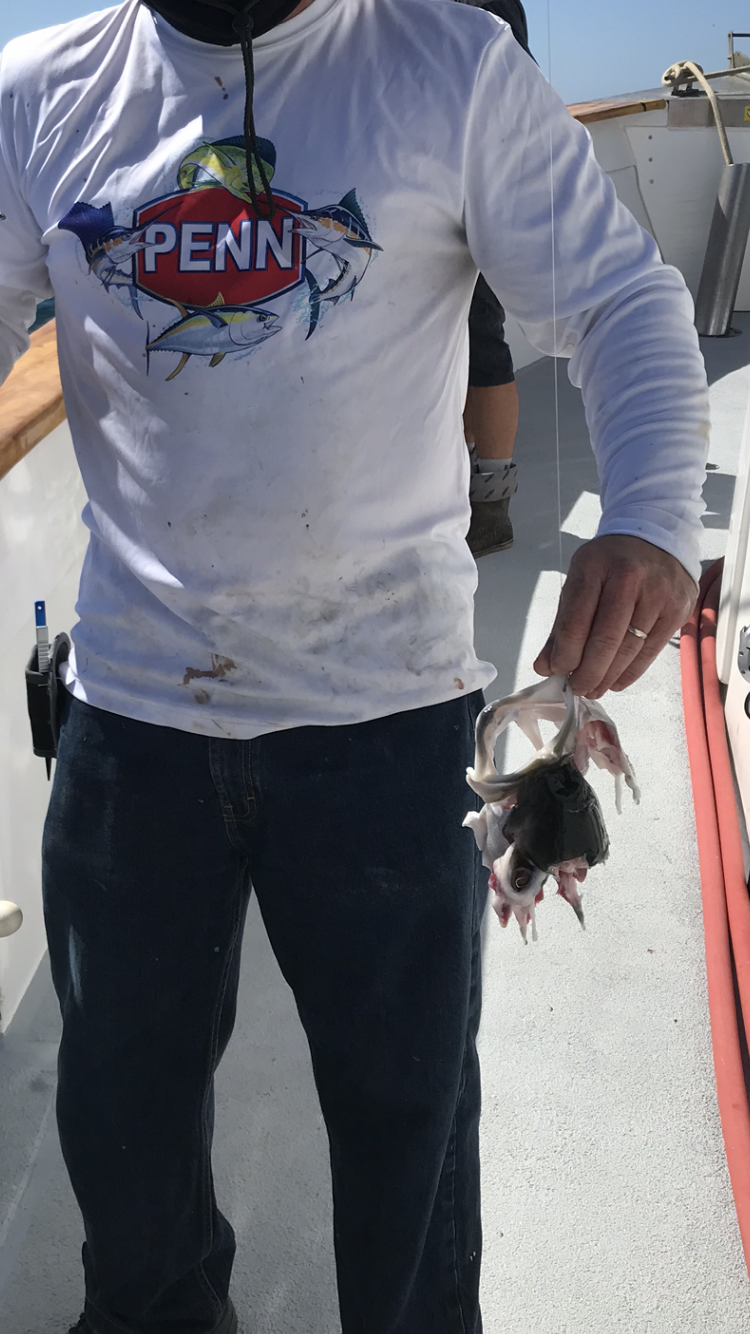