Definitely picked a day with good conditions. Embarcadero landing was crowded with many boats, mostly with the intentions of finding the “magic paddy”. Me, I just wanted a leisurely time out in nature with the dog. She has been landlocked for the last three trips since I went offshore, one of them successful, thus this trip was to fish inshore.

Water was around 67-69 degrees, Off-color greenish, fairly-clear, and current slightly downhill. Tried two spots with a few nibblers throughout the morning to noon. Was busy baiting the squid strips about every other drop. No live bait for me. 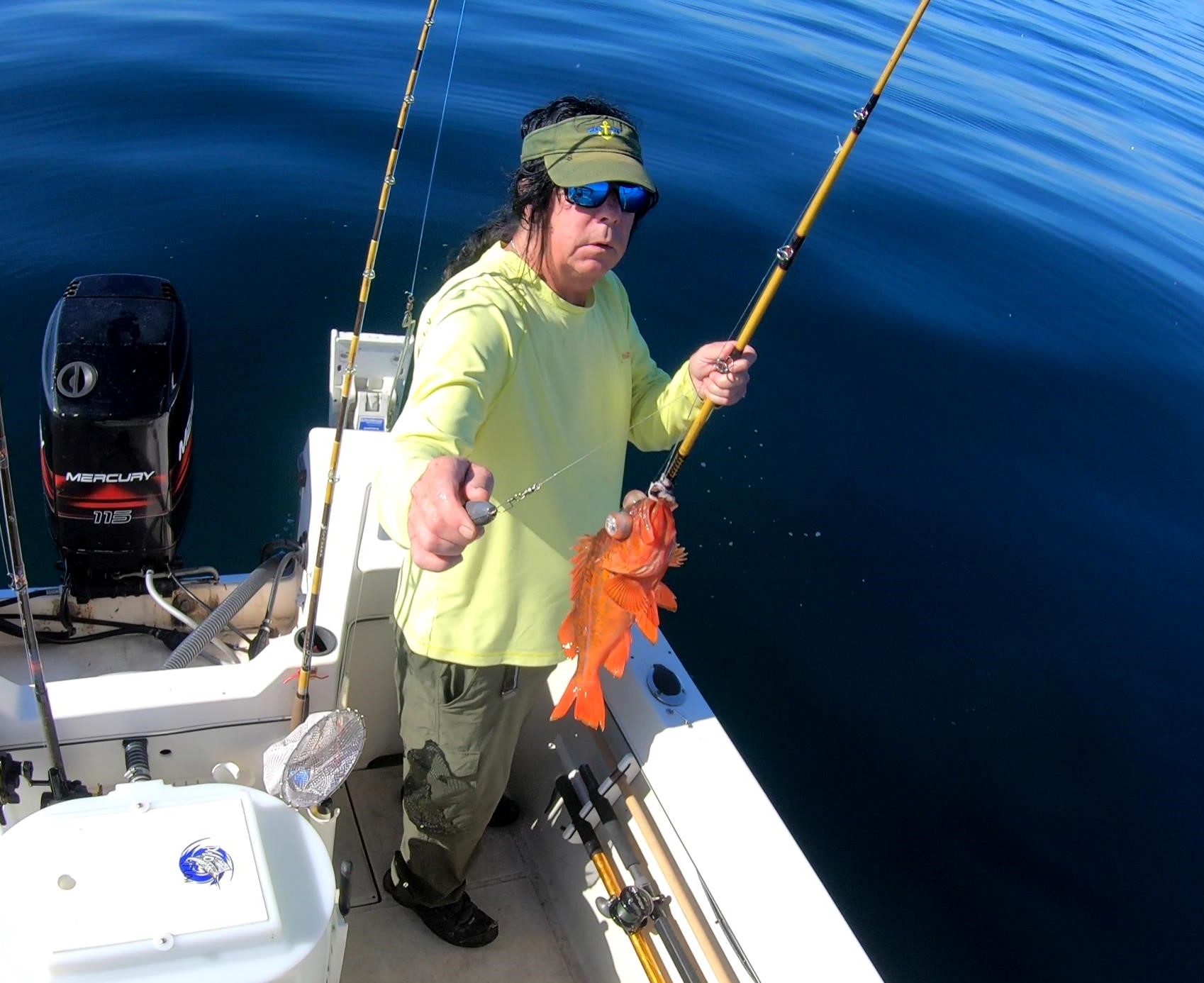 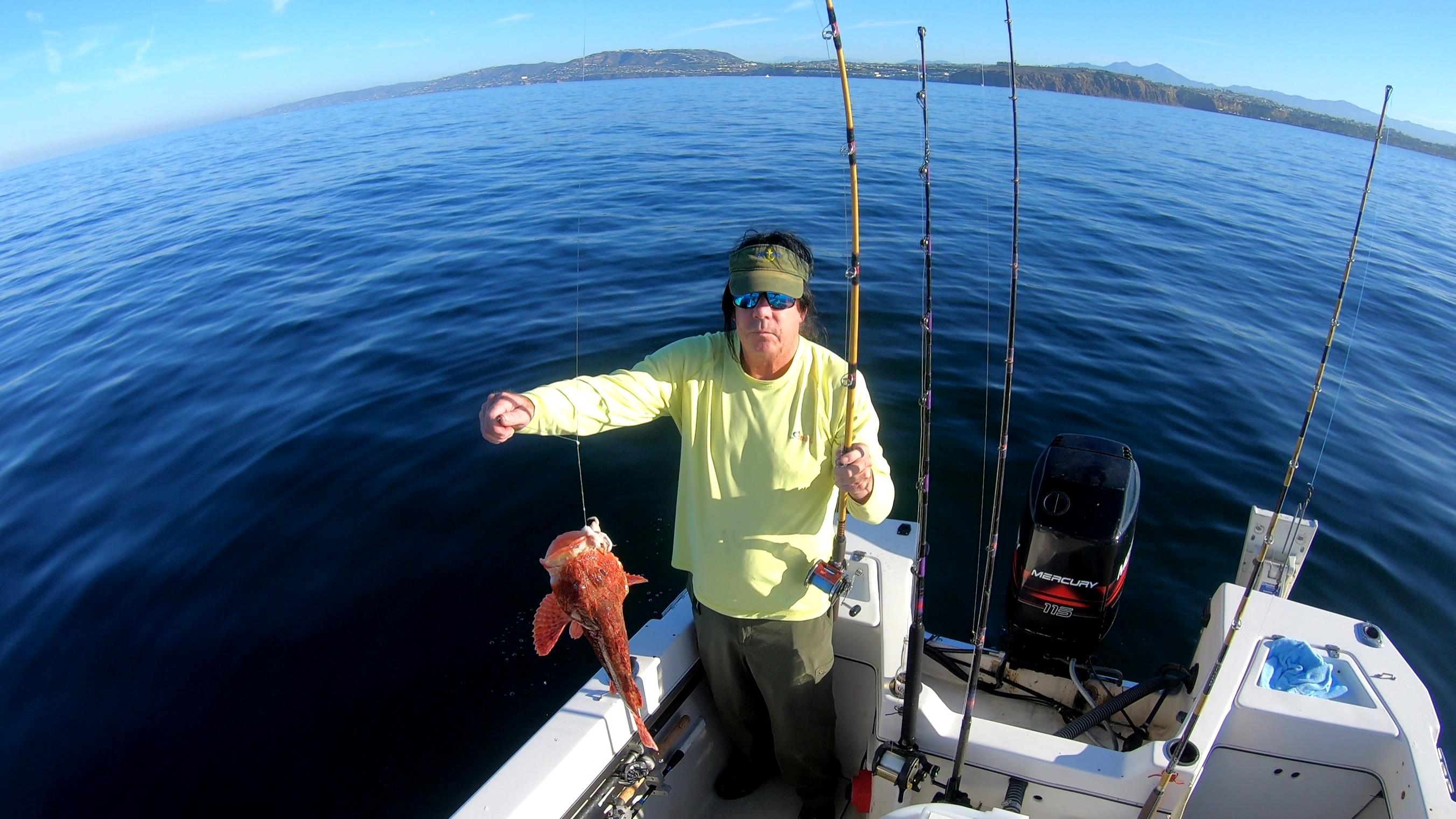 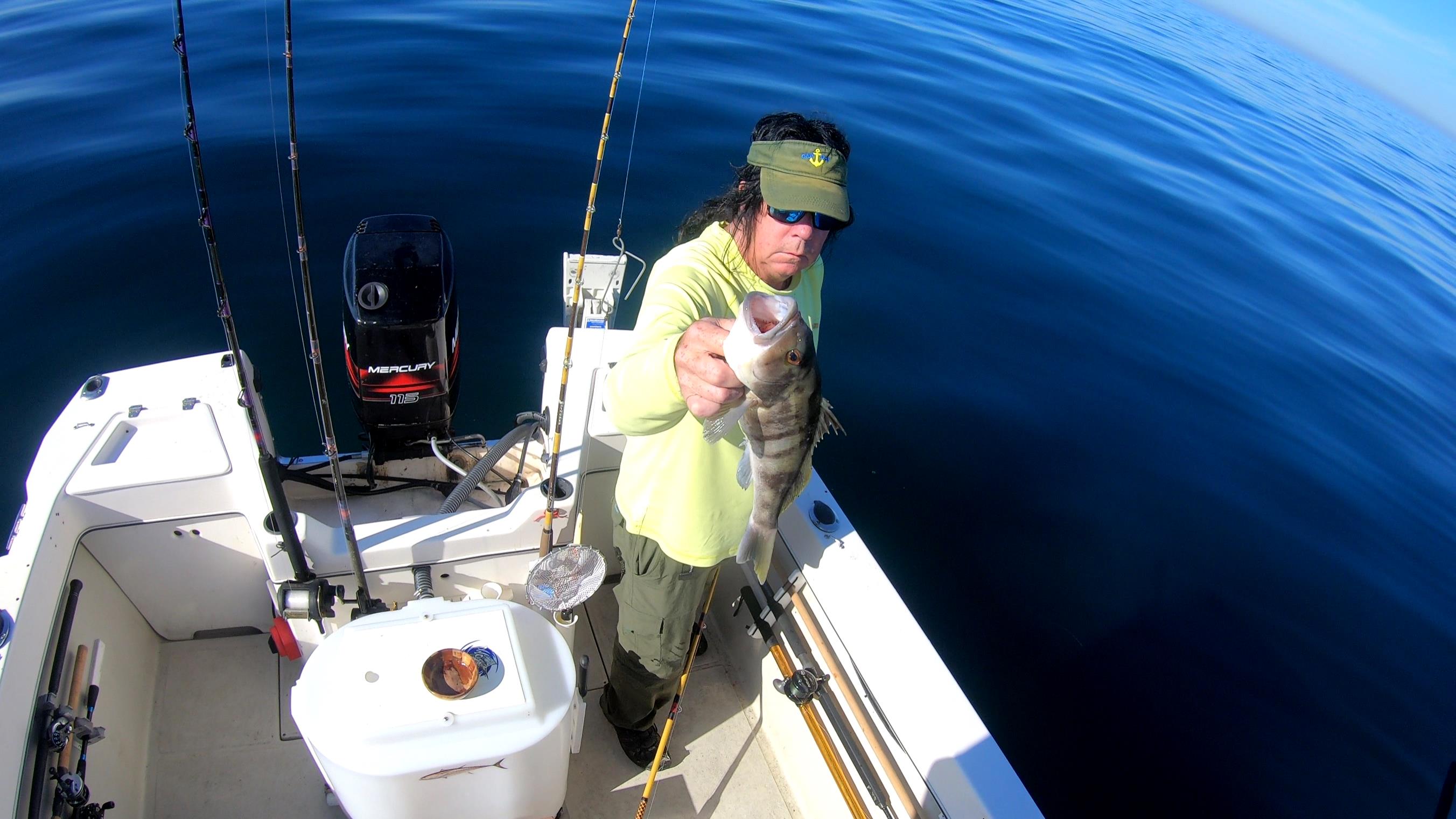 I kept the radio on 72 and participated in radio checks and contributed to the chatter on occasion, even though I was not with the offshore bunch. Mainly trying to be humorous when the occasional hot head had a problem the guy crossing his stern over his Madmacks and the notorious Paddy Poacher. I was not alone as others did likewise which made for some good entertainment. My perception was that many paddies were dry (lots of them) and the ones holding had the old “lock-jaw”, although a few boats said they have boated a couple of Mahi. One thing that was funny, I kept on hearing a guy calling out for “Cody” on the radio in desperation.


On the way back from Laguna I put out the Bonito Feathers on my bait-casters. Had four stops on Mini Bones before I made it to the point. Kept three of them. I immediately gut and gilled them alive and tossed on the cooler. Baked one for dinner last night that was delicious. Pyrex buttered, onion, tomato, salt and garlic powder. Fresh is the deal! 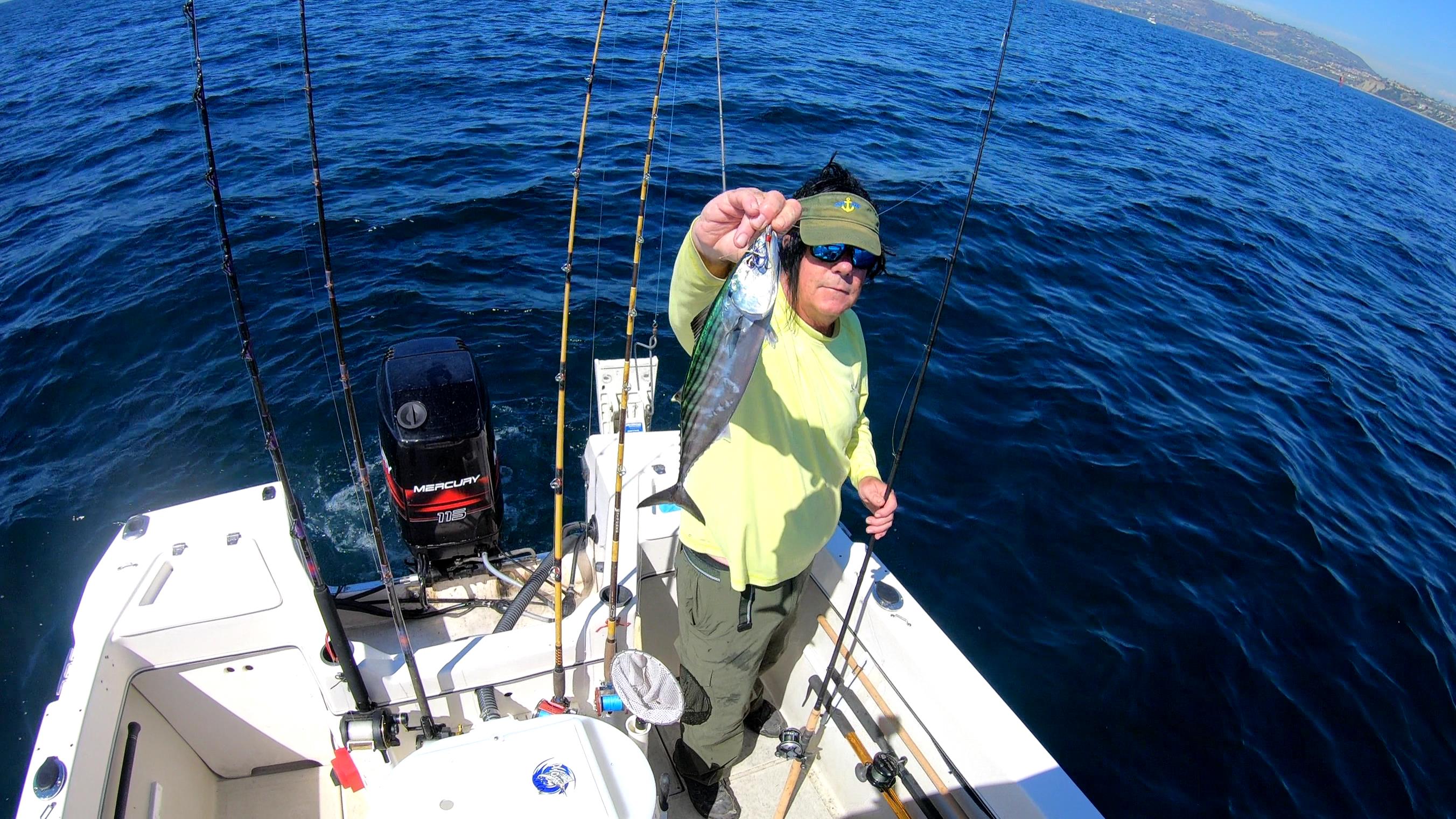 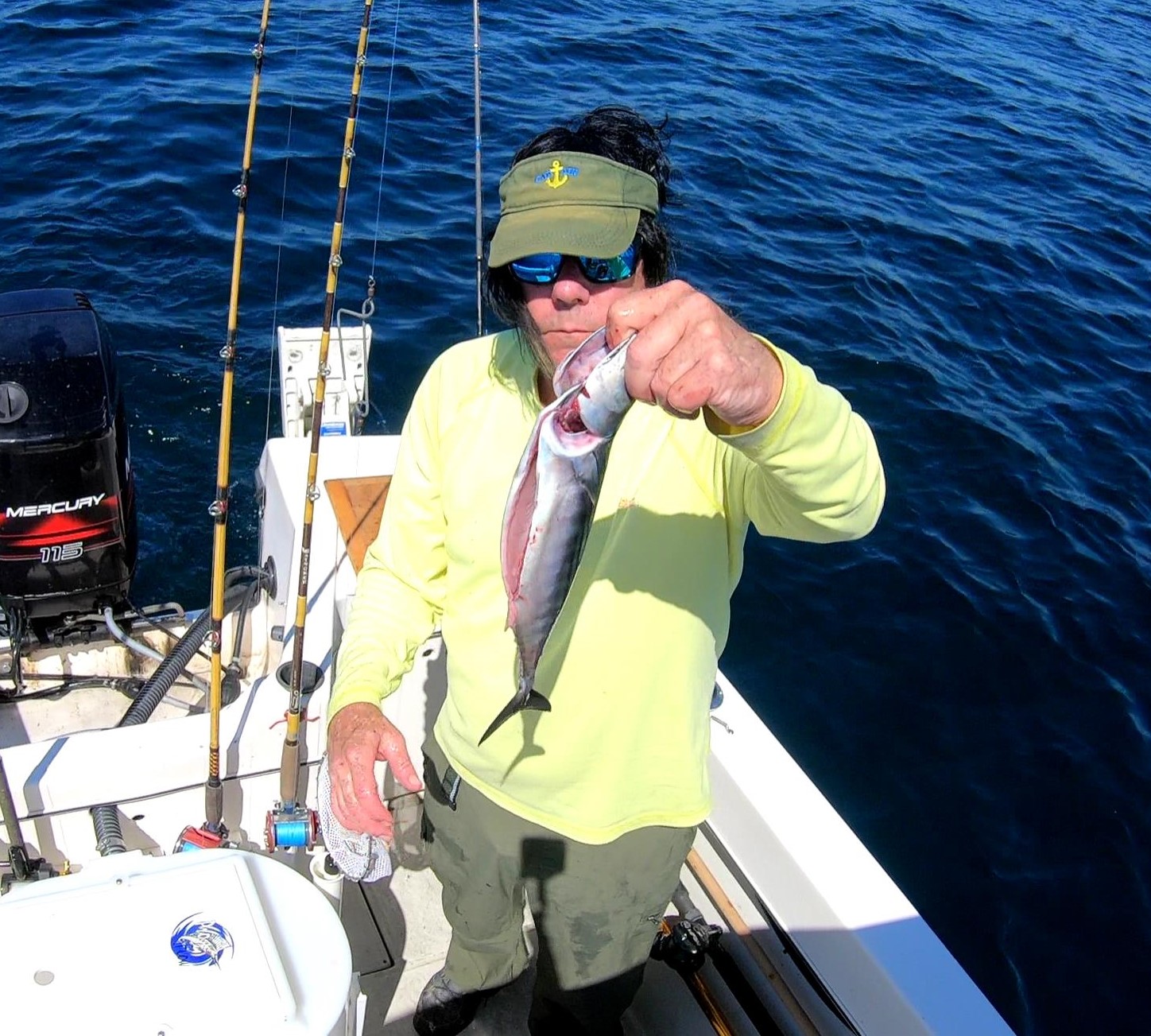 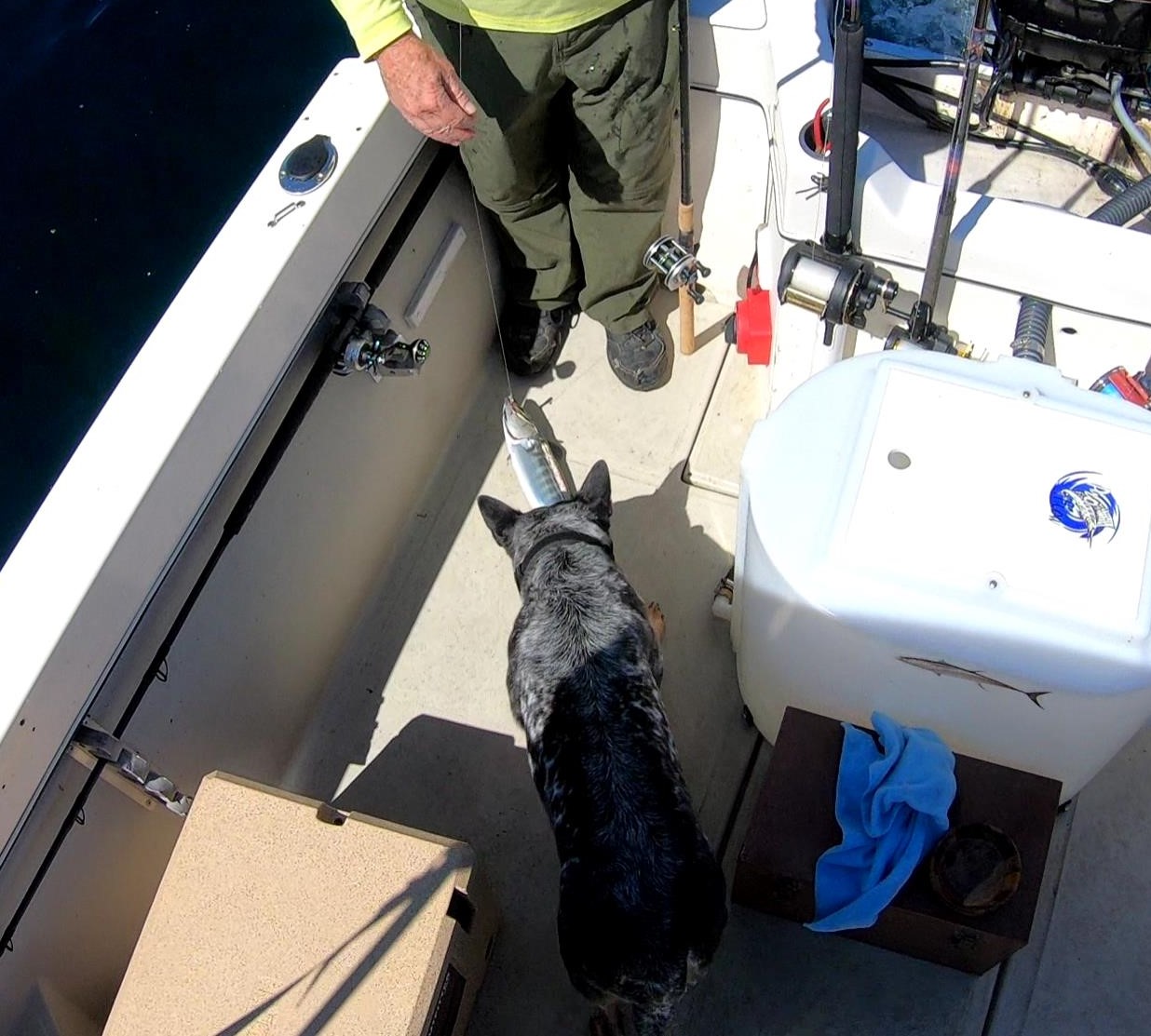 I kept a few more fish that I typically would for me a Bolan, going to feed my buddy some fresh fish tacos tomorrow.

Ultimately, my plan is the lure the guys who got skunked and spent two bills yesterday to come back inshore, so I can get out there next week with a few less guys.

“psuh”
Last edited: Sep 24, 2022
Toggle signature
Disclaimer: The opinions expressed are mostly Bullshit, should be taken with a gain of salt and most likely contain spelling and grammatical errors. Any issues regarding this comment should be directed to the WGARA Department. Thank you.
Reactions: Frumpy760, Isaltyvair1980, mhanson59hb and 39 others
Upvote 2

I heard that guy about losing his madmac and half his spool in the process. There's always someone looking for Cody too it seems.
Reactions: Capt Devo and the SLIDER
Upvote 0

Great report and pics..and some nice inshore fish. Good to see Bolan woke up for Bonito inspection! I told Angling Allen he needs to take his Labs out too or get shunned soon.

Good to see you out again. YES Cody is a fish magnet, but per Cole's report w/dad, Cody went with them south for Dorado I think Friday. Look for Cole's report.
Reactions: Capt Devo and the SLIDER
Upvote 0

Secret Spot!!! I used to take the half day guys way out there for some of that love but my Calico Bass only guys would have a melt down and sulk on the engine hatch and whine till I gave in.
Reactions: intheknow, pacificscout, the SLIDER and 1 other person
Upvote 0

Enjoy the tacos LJ thanks for the report! I think they were looking for a different Cody
Reactions: mhanson59hb and the SLIDER
Upvote 0

Nice inshore outing, thanks for the report. Fresh mini bonito is tasty.
Reactions: Tom123 and the SLIDER
Upvote 0

Fun day, congrats!
Toggle signature
Thanks for your report. Hook up! Cory
Reactions: the SLIDER
Upvote 0

Nice work! Bolan for the win!
Toggle signature
Go ahead, make my day...