We didn't find the fish the first night, so first real fishing opportunity was an early morning stop. Okay, there were many stops, the bluefin schools are everywhere. Just not biting much. So, this stop wasn't much different, meaning no takers on live bait. So I dropped down a bridled 100g colt sniper on 60lb with a 4/0 super mutu as the fish were holding at 150-200ft. I get bit on the drop, and it seems like a little fish. About 50 feet from the boat, it wakes up. Clearly a better fish. It immediately takes 200 yds of line once it sees the boat. No other biters but the fish are hanging around. Meanwhile, I go round and round the boat. It won't budge from the 50-60 ft mark. After giving and taking the same 50 feet of line, the worst happens. Seal. Big one. I've been on the fish for about 90 minutes (we learn later it was tail wrapped) and the seal has no mercy. He grabs the big tuna and takes off. I put it in full drag and there is no stopping the seal. I ask if I should pop it off before it takes all my line and the crew says let's just see. I had no intention of handing over the rod while fighting a bluefin, but a seal is a different story. After the seal take some 300-400 yds of line (I've got 500+ yds of 50# hollow) the seal drops the tuna, which is clearly still fighting, but now he's running toward the boat! We get most of the line back and the seal is distracted enough by other dead baits and I get the fish to the boat. He's coming in backwards and the last 70-80 feet I've got the tail out of the water. Easy gaff shot! Okay, first fish, it's over 100!

After that we proceed to pick away at the smaller bluefin throughout the day. I'm using a tiny 1/0 circle and 40lb spectra and I get 3 more fish, but hand off some, we only have about 7 or 8 at the time. But when nightfall comes around, my luck turns. Everyone's getting bit on knife jigs. One of my new friends hooks 11 and hands off a whole lot of fish. I get no bites. I don't have knife jigs, but I've got sk jigs, flatfalls, and some other long jigs. Nothing. Even the teenagers fishing for the first time get a couple each on their jigs. Most of the nighttime fish are 40-70lb. We easily limit out for the day with the night bite.

Next morning, everyone gets up a little late

. We start again chasing schools in the daylight. I keep going to the bow while everyone fishes the stern. I get rewarded with a couple more fish in a row. The day continues with a pick bite. Just a handful during the day. Clearly I'm just a daytime fisherman at this point. To confirm that we get into another night bite. Again it starts off slowly. My friend with the shimano 325g non-glow flat side knife jig is still killing it. I get no love again. He offers me the use of his magic lure. I look at it and notice he's rigged his knife jig upside down. So I try this, 3 drops, plenty of other people hook up, and I've again got nothing. I go back over and just sit and watch what my friend is doing for 3-4 minutes, then I see it. He's stopping the jig with his thumb every 3-5 seconds!!! No one thought to mention this?!?!?! So, I try again armed with the new technique. Full speed drop, I get to 200 feet and stop the jig, I give it 5 more seconds to drop and stop the jig again and I'm on. That quick. It's a little fish, so I give it away too. I go back to drop the lure again, same thing, get to 200 feet, start stopping the jig, I get maybe 2-3 bites and then it's on again. I finally get it dialed in now the captain calls the trip. We wait for another boat to hand off the school and then we head back. I end up with 1 nice fish, 2 at 45-60 and another at 28# and lots of hand offs. I think I hooked 9 or 10 for the trip, but it wasn't until the last 30 minutes that I got the nighttime bite dialed in. If we'd been on a 3 day trip instead of 2.5 day, we'd have limited out on that inside of another 1-2 hours, the bite was that good. I was getting 2-3 bites every drop at the end. Would have been nice to have the bigger fish bite, but no love on those except for the one.

What didn't work:
Flat falls - I only saw a couple of fish hooked on them, and it wasn't me
Bridles on smaller fish. Bridling works for fish over 60# when they swallow the whole lure. It was the reason I was able to get that 116# tail-wrapped, seal taken fish on 60lb. It was a perfect corner hook shot that took extra effort to extract.
The kite - although it was barely tried, it didn't get any attention except for 1 or 2 near misses on stationary flying fish. I truly believe the flying fish need to be on the move to be effective. Last year our kite that we worked at moving got 3 big tuna one day while the boat's 2 stationary baits got 1 total.
Sinker rig - maybe a couple of fish, most were on jigs, then flylined
Straight drops on the knife jigs - at least for me it didn't work. I know I was in the zone, I've got the line marked every 50 feet. Soon as I stopped the drop every 5 seconds it was game on
Sleep - we got like 5 hours a night, tops.
Reactions: Mark C., mhanson59hb, wkk and 37 others
Upvote 4

How was the knife jig rigged?
They were bit on the fall ???
Reactions: Tuna Dreamer, Jeff Hannah and Tunahead
Upvote 0
D

Great report!!! Thanks for the details!!
Reactions: Tunahead
Upvote 0

Good intel thanks for the secret technique info I will be out next week so I am going to try it out.... Sounds like a cool trip though!
Toggle signature
Work to live and Live to fish!

Are not the knife jigs like those 10 inch really skinny jigs? Am I missing something?

Somebody got a picture of these so called "tuna knife jigs"?
Reactions: Tuna Dreamer, Jeff Hannah and Tunahead
Upvote 0

Great report and info Aaron. Glad you guys had a fun trip.
WHAT no PICS? Geez. Send some 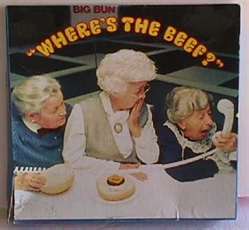 I've noticed that sometimes flatfalls & knife jigs fall a bit too quickly depending on current, scope, line tension etc. In this case the jig is more vertical through the water column and the fluttering action is not there.

I will thumb, sometimes stopping, the spool to reset back to a slow fall. I used to thumb and lift the rod up to try to reset, but found that the jerking motion would more frequently result in a continued fast drop.

When I find the sweet spot where the line peels nice and slow off the spool, I leave it alone. Thinking about it, all my jig bites on the fall have been on a nice slow drop.
Reactions: Whiskey Line, mhanson59hb, fishin_kid and 4 others
Upvote 0

Thanks for the report sir. Outstanding.
Upvote 0

I am not familiar with ”bridling” a jig like a colt sniper. Can someone explain this techniq?
Upvote 0

Thanks for the info I’ll be on there tomorrow for 3 1/2 day trip.
Toggle signature

Seeing a few reports where fish were caught on stopped or suspending jigs. Of course there’s still some movement due to boat rocking and current, but probably not the intended action of the jig.

This got me thinking, what if we didn’t have to choose between sinker rig or jig, what if we fished both at the same time

Heavy leader to jig, assist hooks on the top, bottom of jig to lighter flouro circle hook with sardine? Going to try this for sngs on my next trip.
Reactions: fishin_kid
Upvote 0
Show hidden low quality content
You must log in or register to reply here.