Since the WSB fishing has been going off at the Channel Islands team Fandango opted to do an exploratory trip to check it out. After picking up great finbait in redondo Steve, Brian and son Michael, Marlow and son Kevin, Kevin #2, DJ, and myself were off to Jankovich to fuel up.
Before making the long run Steve opted to take a peak at the west end of Cat, but no exotics wanted

to play there, so we set course northward towards Anacapa, Santa Cruz, and Santa Rosa.
Upon arrival we were greeted with a beautiful looking island surrounded by lots of bird life. We did some daytime fishing on some nice marks, but no exotics wanted to play. 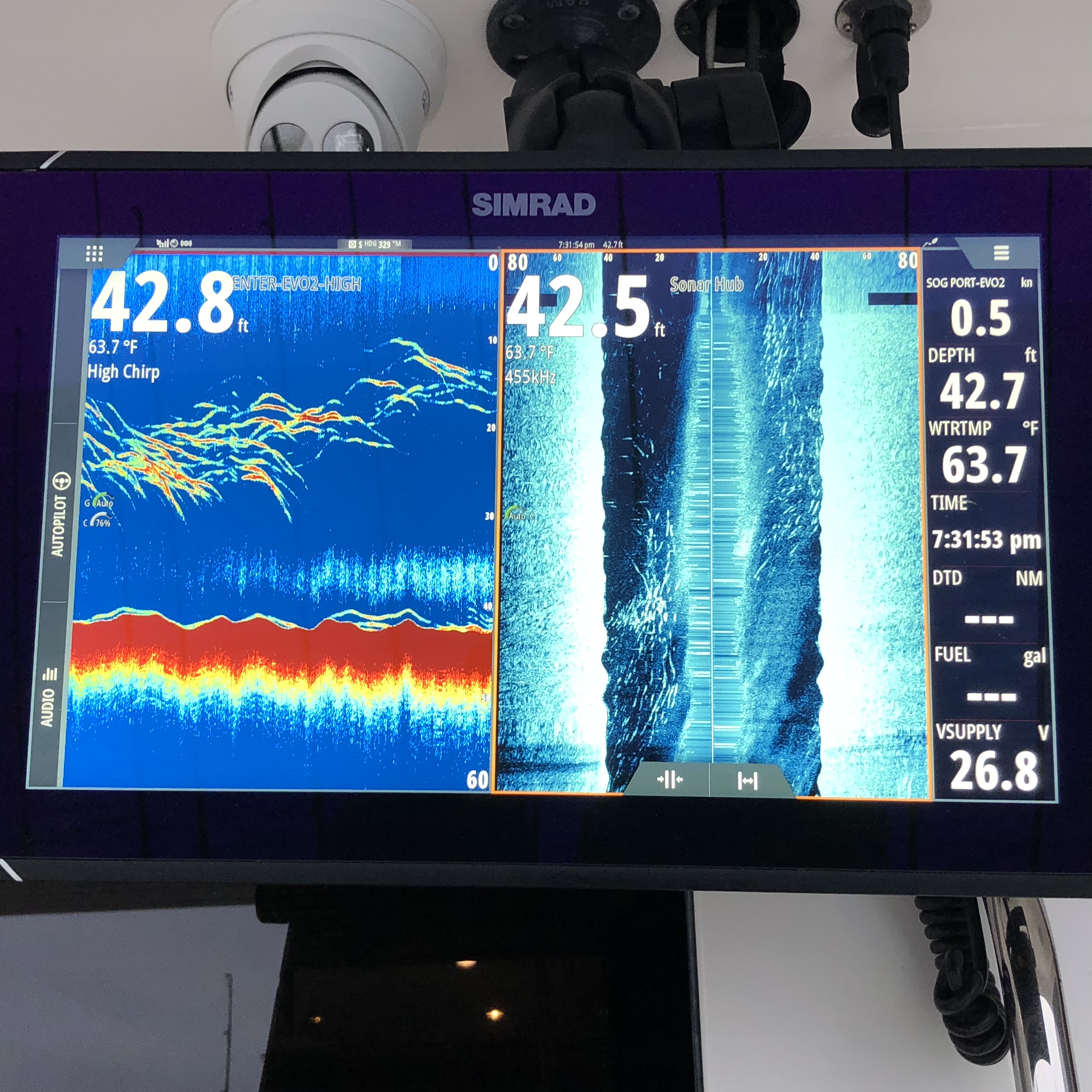 We headed up the line in search of squid to make after dark. As usual the Simrad electronics worked great and kept us safe while exploring new islands in the dark. Steve found some on the meter and shortly after turning our lights on we were busy jigging and netting them. Don’t get me wrong, it wasn’t as easy as it sounds, but our experienced crew made good progress. 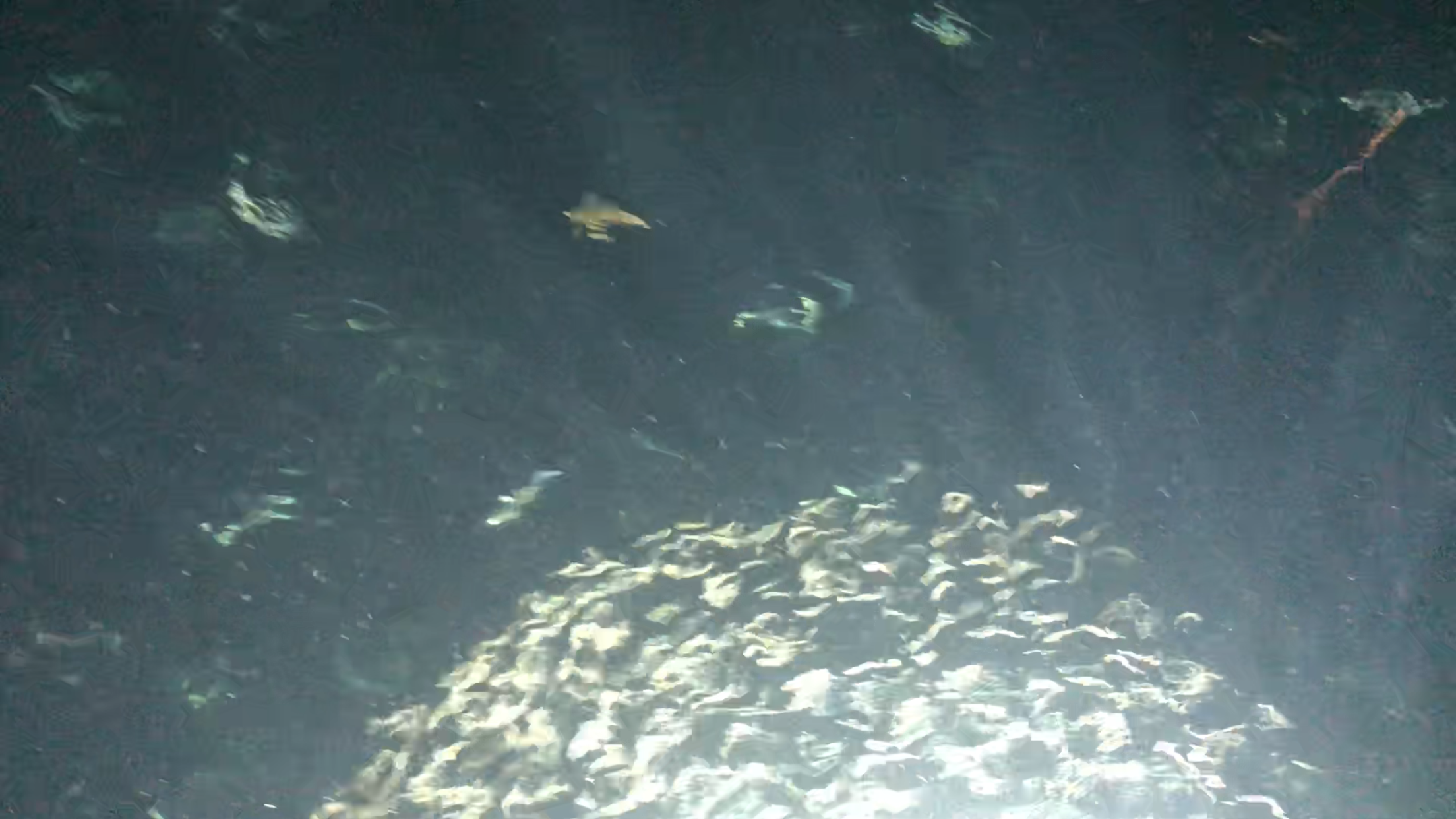 A few of us put some lines out and got some rockfish, a Sheeps Head and I got a blue ling cod. 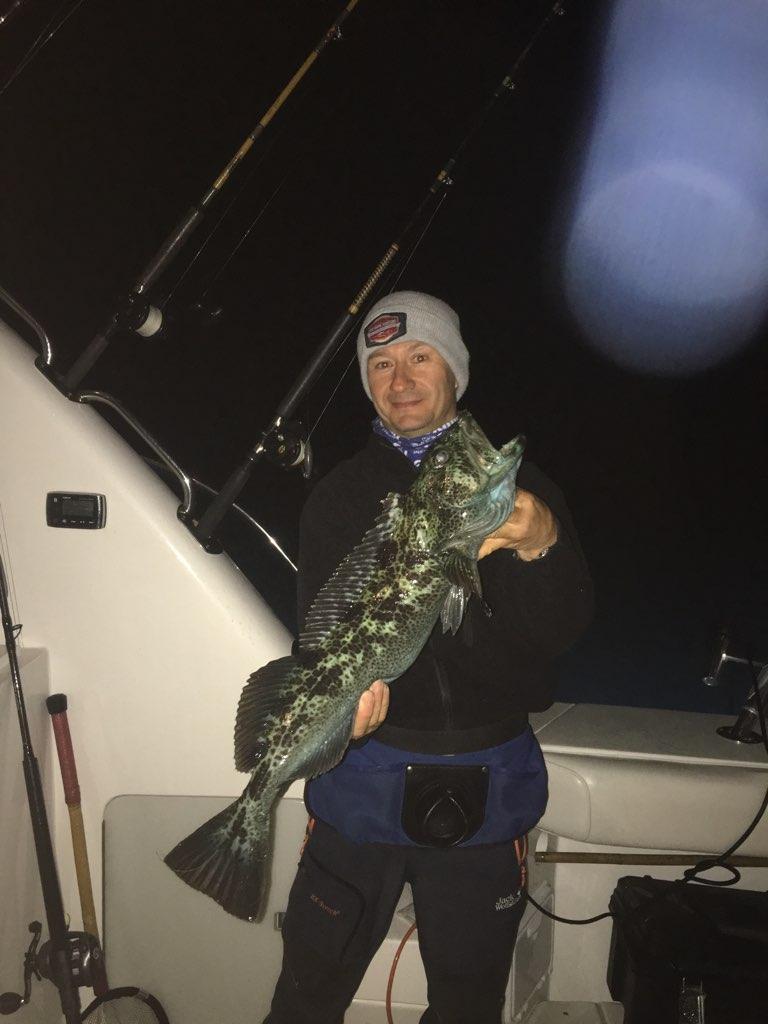 After baiting up we motored around to find a place to set up. Sure enough it was just like any other island with a hot bite and a parking lot of boats. One guy near us didn’t have any lights on at all. Some people just don’t take safety seriously. Once we set up most of us went to bed aside from Brian and Marlo. A few hours later Marlow woke us up with a nice Seabass on deck. Marlow with first WSB of the trip.

Everyone went to work and had a steady pick of Seabass through out the morning. The largest of which was a near 50# WSB that came on my prototype Okuma 12s and a dead 8” Greenback Mac (dropper loop) paired up with my Phenix Black Diamond Hybrid. Since I was on the bow helping Steve get around the anchor line Brian was kind enough to reel it in. I was stoked to see a solid fish on deck that was clearly much bigger then the others. By that time I already had one myself on that rod and we also fish like a team on the boat so everyone gets a chance to pull on fish. Things slowed down after 12 Seabass, so we explored other parts of the islands for a mixed bag of fish. We were mainly in Seabass/Yt mode but at one point Brian suggests I target a Halibut, so I pinned a Spanish Mac onto my dropper loop rig that was on my Okuma Tesoro 5s with a
PCH-C-901h rod and sent it down. Not 5 minutes later I was reeling in what felt like a nice Halibut. Our first gaff attempt was foiled as it went nuts near the surface but I was ready for that. Brian took over the gaff and shortly after I laid it out for him to stick it with a perfect gut shot. Nice shot Brian! Brian set up a Halibut rig of his own and got a keeper Halibut in the same zone. The team tried for more exotics at different places but dinner time must have been over so we made the run back to redondo and started cleaning fish after a short power nap. Surge with halibut and WSB This will be another trip to remember as it’s always a pleasure fishing with the Fandango crew. Thanks to everyone for the great times.

Nice work as always Surg. Thanks for the great report!
Reactions: Surg
Upvote 0

Looks like a lot of fun
Thanks for the report
Reactions: Surg
Upvote 0

Wow, that's a trip and a half! Can't go wrong floating your own squish, busting the ghosties and halibut kickers! Congrats!
Toggle signature
Go ahead, make my day...

Nicely done!!! Was this done at Anacapa or one of the other islands? Pictures look like Anacapa. I've been wondering when Anacapa would come alive and join the game.
Upvote 0

Great trip and report, could probably leave out the Sponsors Promos for an even better report. I commend your Team for making the decision to go north instead of south for tuna. I wish the San Diego LR Boats would consider the Channel Islands as an option this time of year as they are currently headed south to Guadalupe and the Ridge for lackluster counts and alot of driving around. They could spend a couple of days on BFT then head up to the Channel Islands for WSB and Butts. I have a couple of buddies who say no more to those 5-7 day trips in June or early July; its just not Cost effective anymore $3,000 for 10 fish?
Reactions: FloMar
Upvote 0

DOGHOUSE26 said:
Great trip and report, could probably leave out the Sponsors Promos for an even better report.
Click to expand...

I wholeheartedly agree with that!
Sure hope those fish were iced-down?
I hate seeing fish on the deck looking hard on the outside and mush inside. *speculation*
Toggle signature
Luck is where planning meets opportunity.
Upvote 0

The lure of failure is irresistible

What an incredible day of expert fishing.
Upvote 0

Sorry, I posted the question before I realized I should have PM'd him
Reactions: Jax Mikkelsen
Upvote 0

Excellent report. Very detailed. You guys make it look sooooooo easy.
thanks for sharing
Upvote 0
Show hidden low quality content
You must log in or register to reply here.