All the hard work paid off today when that left outrigger loaded up and...snap!!! Then the right one!!! HOOK-UP!!!

We ran SW again, like 240, and put them in just after the temp break...yes, we now have a proper temp break. Check out your shots. It's there as of two days ago. The inshore water cooled way off. That's a good thing on several accounts. The temp break is at the 51 West line and it'll go from 57.1 to 58.1 then quickly to 59.

Anyway we trolled out from there, still on the 240 heading. Nothing, picked up and ran 5, put them in, etc.

We found fish at 28/14...(the first double on the troll). Got those two in and celebrated by giving them each a lollipop! We also celebrated, a little, then back to the task at hand.

I worked that over for awhile but only had one more hook up which went away. I moved on, still 240 on the troll.

We trolled about 6 more miles and hooked up again, a single, got it, more lollipops! Worked that over for about an hour and lost another one. We kept on the spot and doubled on the troll again, we got those two.

We did throw live bait all day. Didn't see any boils on it this trip and I slid hook bait out in a few spots but no biters that way.

It's coming along nice. We ended up getting a hold of 9, and killing 5. Big scores right around the corner!

We've gone four times "on the house", it's your turn next boys...go looking and let's dial this in! The water looks good straight out too and NW actually looks the best. Good luck, be safe. 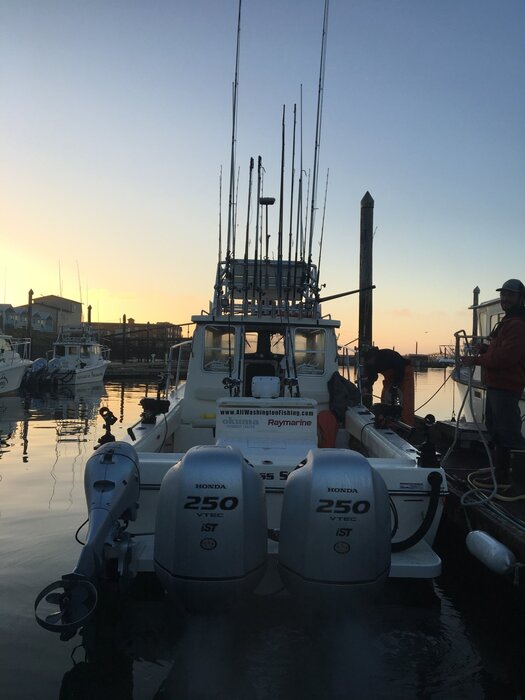 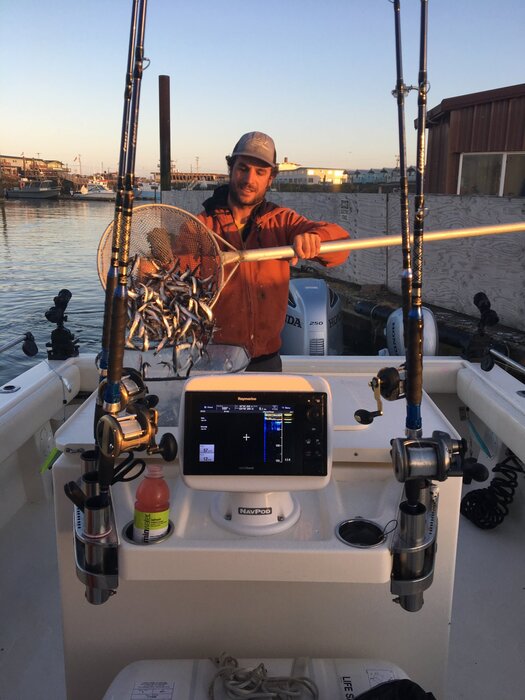 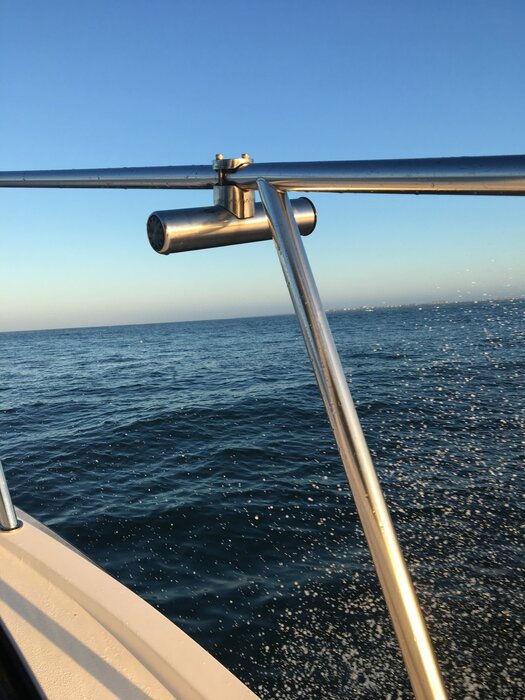 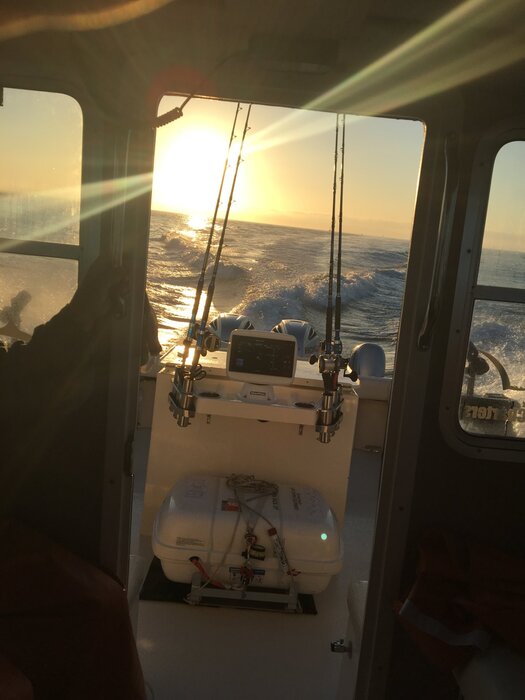 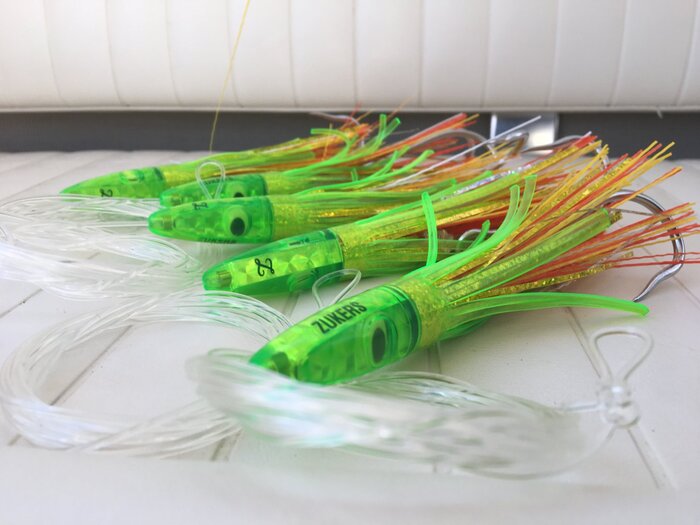 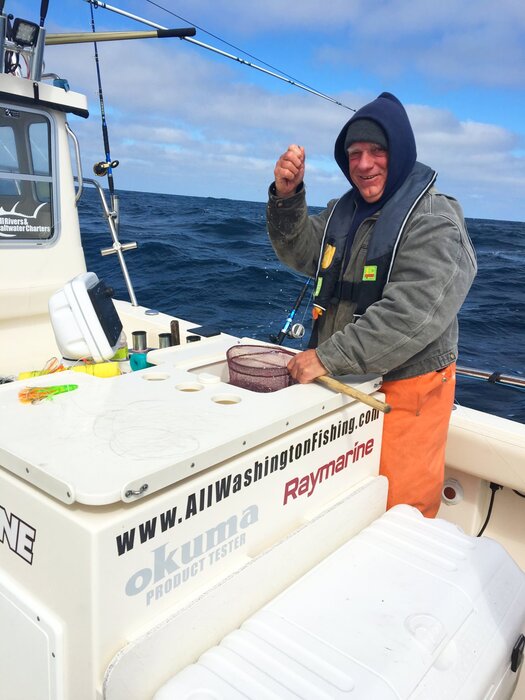 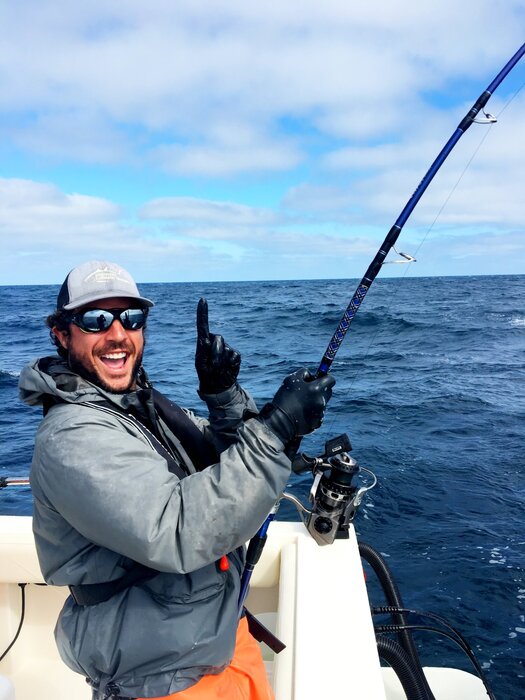 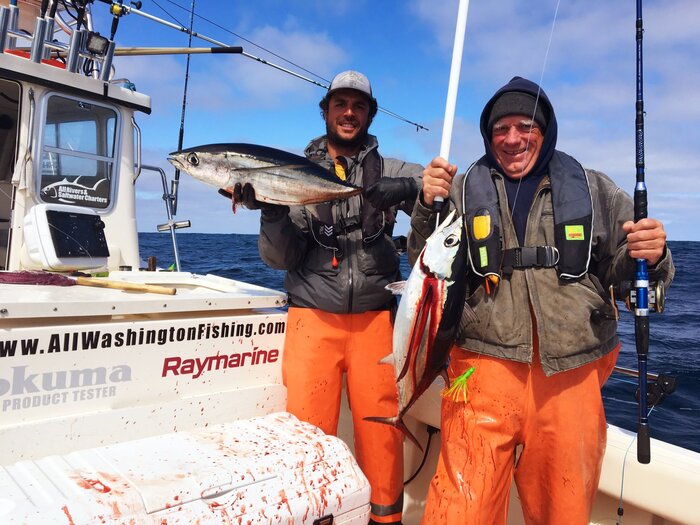 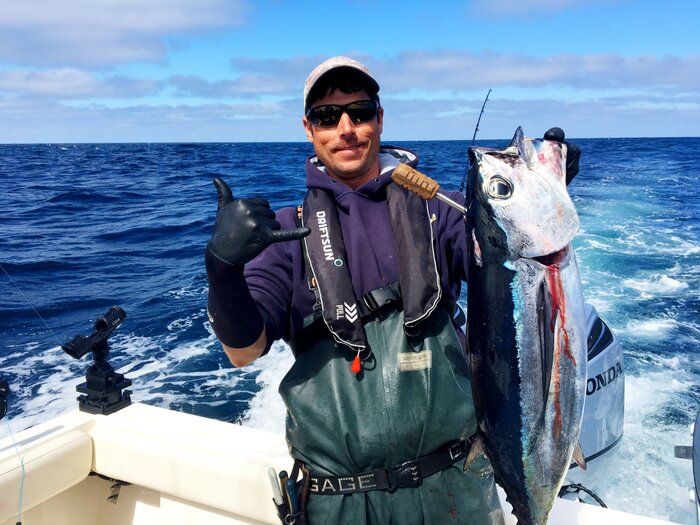 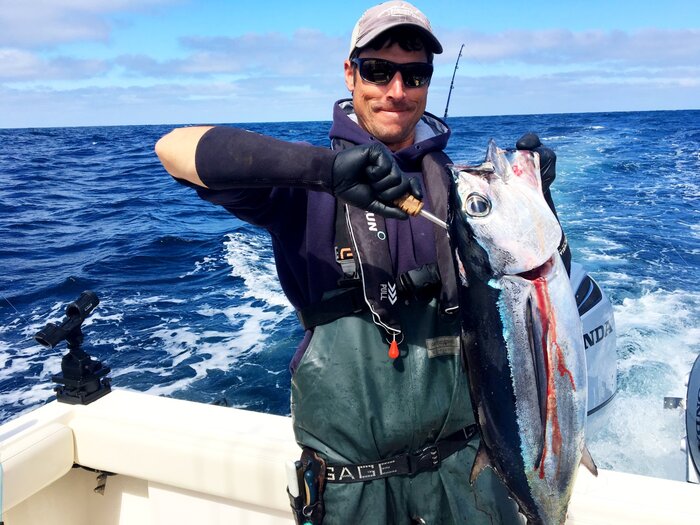 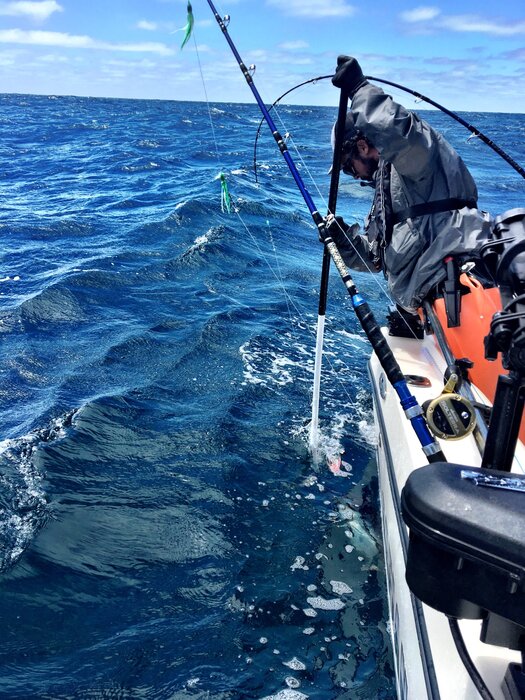 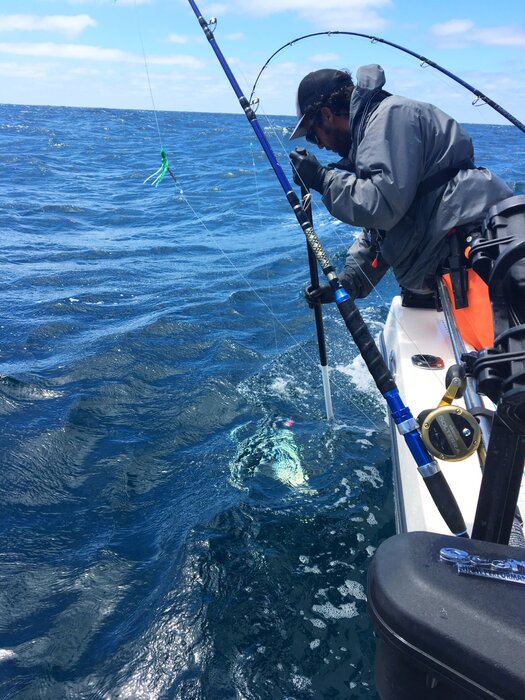 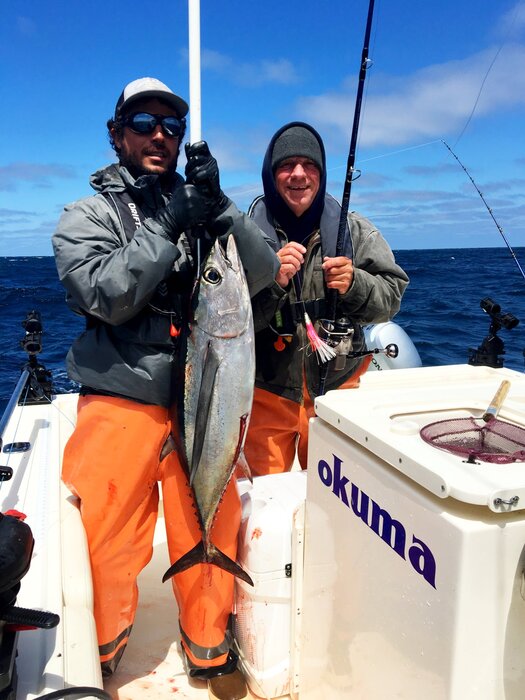 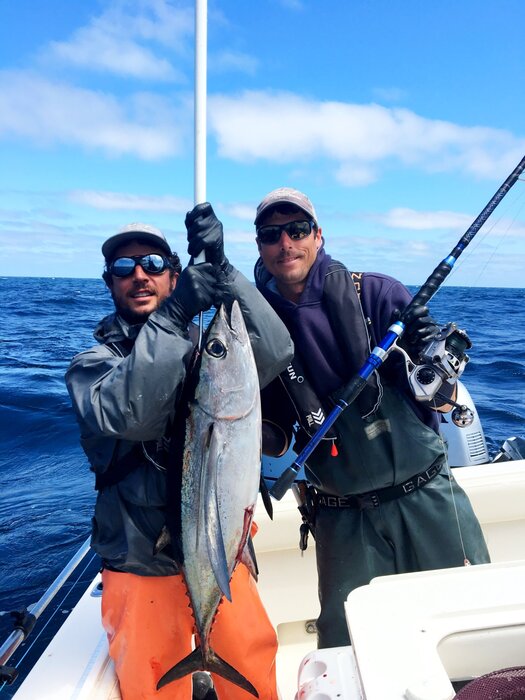 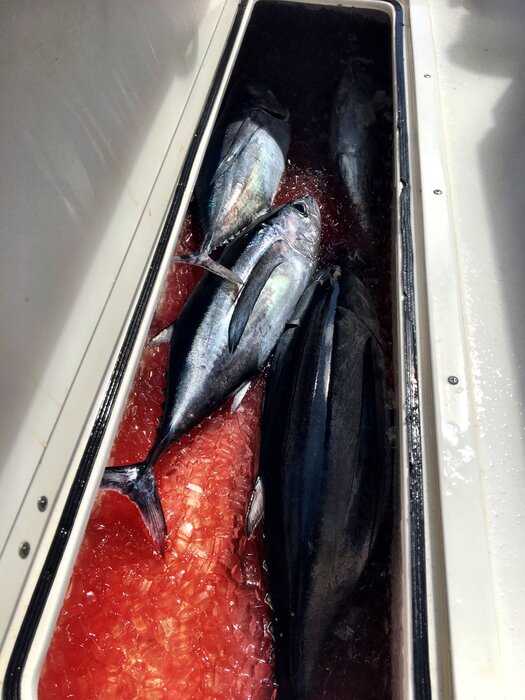 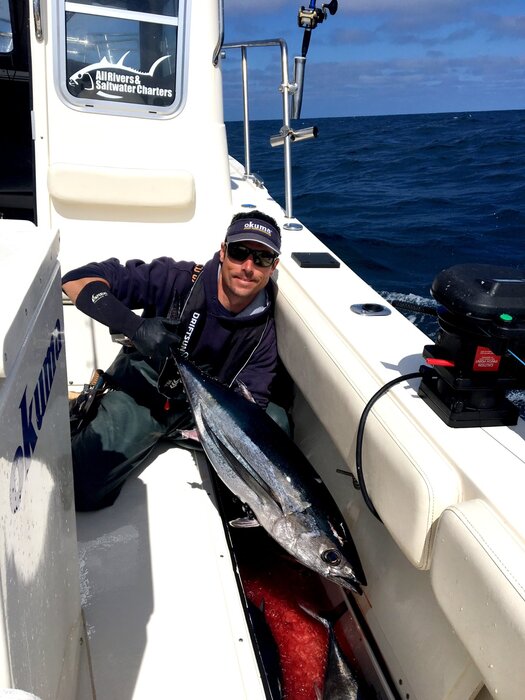 Thanks again for all you do for the WP fishers!!
Expand signature
Save Fishing for our Grandkids, and Theirs 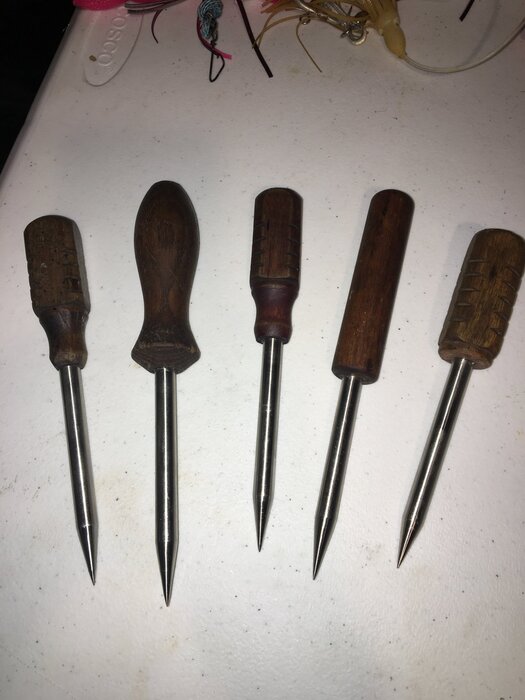 oh hell yeah! good for you jokers! and so it begins

Thanks Mark for keeping the juices flowing.
You have really been super about sharing your exploits of bringing home the bacon and getting us pumped for the season.
Reactions: MarkColeman and SeeMeFISHIN

Great work and thanks for sharing. I like the lollipops, I may need to upgrade from the screw driver this year.
Reactions: MarkColeman

The flat tip has a better chance of breaking the spinal cord IMO. I like your grinding skills but don't have a problem getting enough penetration with my cast off screwdrivers.
Expand signature
Save Fishing for our Grandkids, and Theirs

Nice spikes. I dig the tradition. But I think one of my crew would shove one somewhere I'd prefer not to discuss if I kept her from being able to club tuna...

I give my sincerest thanks to all the cops that protect us from criminals
Reactions: MarkColeman and zzz

Thank you Mark again for the post and all you and your crew do to keep us up to date. Great pics way to get it done!
Reactions: MarkColeman

Way to git er dun mark hats off to you thanks
Reactions: MarkColeman and mrfish11

Boat
Once you go cat, you don’t go back

wdlfbio said:
Nice spikes. I dig the tradition. But I think one of my crew would shove one somewhere I'd prefer not to discuss if I kept her from being able to club tuna...
Click to expand...

wdlfbio said:
Nice spikes. I dig the tradition. But I think one of my crew would shove one somewhere I'd prefer not to discuss if I kept her from being able to club tuna...

Way to put in the work again Mark! Looking to head out that way Sunday.
Click to expand...

Club Tuna... I would expect to see her there.
Expand signature
If I had a dollar for every girl that found me unattractive, they would eventually find me attractive.

Thanks Mark. I will try to put something together for next week. This summer is going to be SUPER AWESOME!!!!
Expand signature
[SIGPIC]

Thanks Mark!!!! Butts in the shop getting ready for the runs!!!
Expand signature
Keeping the waters clean, removing BASS turds at every chance.

Nicely done Mark! Thanks for the report