This report covers a 1.75 day trip on the New Lo-An. The boat left on Friday December 10th at 10 AM, with a load of 22 people, short of the 25 trip maximum. The main objective was Tanner bank for some day time and night time BFT fishing. We ended up with limit of BFT by afternoon and had spare time to drift for rockfish and lingcod to close out the day. Nobody had been in the area for a few days for the weather so we didn't really know what to expect. Luckily the water temp hadn't dropped enough to turn off the fishing.

*** Friday Night ***
Left the landing at 10:00 AM, got bait, rigged up and headed to Tanner Bank, expecting to be there by 10:00 PM. Sardines were on the medium-to-smaller size. The bait quality was average by Saturday. You just had to be more picky finding a good swimmer.

Came across the 361 foot attack submarine USS Charlotte (SSN-766) being tugged into dock. Always cool to see the Navy in action. The wind was not more than 5-10 kts out of the west on the way out. There was still some 4-6' swell from the prior day's storm. Got to the bank with a few other boats nearby. Guys who wanted to fish the night had their chance starting about 10 PM. Captain marked fish at various points. Guys dropped jigs. Fish were typically sinking out to greater depths every time the boat came close. Couldn't get the jigs down fast enough. Eventually the anchor was dropped and wasn't pulled until Saturday afternoon.

*** Saturday ***
I wasn't feeling well, so I slept Friday night. Felt fine and started fishing on Saturday at about 4:45 AM. Just a couple of fish had been landed by that time. Fisher were around and under the boat typically between 100 and 300' down. We were in approximately 360' of water. Guys dropping knife jigs and smaller flat falls and colt-sniper-like jigs were getting bit. Glow seemed to help. The knife jigs performed well. I saw a few fish caught on smaller flat-fall-like jigs. I was fishing a 100 gram colt sniper. Didn't get bit. Switched to a large Norwegian jig - didn't get bit. Weather conditions at the bank were perfect for night fishing. Wind about 5 kts, waves about 1' with some swell every now and then. Moon was half-full, skies were clear.

At grey light the bite started getting more consistent. More guys catching fish on jig and then eventually some on fly lined bait. The jig stopped producing shortly after sunrise and most guys were fly-lining or using a sinker rig with a sardine.

Steady bite on 15 - 40 lb. BFT from 6 - 10 AM. One or two going almost all the time. Almost no wind. Waves less than a foot. Water was about 63 deg-F. The BFT were a various depths in the column. So, sinker rigs and fly lined baits all worked well. We got a few scoops of live squid from the Freedom. Those were dropped down with a 1/2 oz. to 2 oz. egg sinker and landed fish. I hooked two BFT on squid - just letting it drop down with a 3/4' glow egg sinker. Just had to let it drop to the depth the BFT were swimming at. I hooked into BFT at about 50' and at about 300' down. Didn't land either of them. One I didn't give enough time to take the squid and the other I gave too much time - came back with chewed-off leader. But, there definitely quite a few BFT caught on squid. Make sure you come with some 1/2 oz. to 2 oz. egg sinkers if you're going out. Also saw some BFT caught on sinker rigs using squid. Fresh dead squid worked ok to.

By 9:30 AM I still hadn't landed a fish. Guys were landing fish using everything from 20 lb. and a size 4 hook up to 30 and 40 lb. line (earlier in the morning). I didn't land a fish until 9:45 AM and would only land two more to close things out. I had been using 25 mono to a 25 lb. fluoro leader with a size 4 hook with no success. Dropped down to 20 lb. leader - landed two fish. One BFT about 12 lbs and another about 30-35. Dropped down further to a size 6 hook and was picky about choosing baits. Did me no good.

There were a couple guys on the boat that were consistently hooking up - one named "Mr. Lee". That guy put on a fishing clinic. I learned a few things.... First, I was too lazy to change out the 25 lb. mono topshot on my Trinidad 14 that I used on my last trip three weeks ago. So, I fished with "used / kinky / scratchy" line - normally I don't do that. The BFT were picky, but there were many of them around. Some of the guys doing the best had long (25') topshots of 20 lb. fluoro and a size 4 hook. My guess is that my kinky line and 3-4' fluoro leader were visible enough to the BFT that I didn't get bit very often. So, next time...fresh mono topshot. I think I'll stick to my 4' fluoro leaders since I don't like putting $40 of fluoro at the end of my line. But, I'd consider trying a 20+' fluoro topshot it if I find myself snake-bit again on the BFT.

There were a couple of guys good with the jig also - even caught a few BFT on jigs during mid-day. Again, I watched this "Mr. Lee" fellow as he fished a knife jig and would copy is style. All I had was a big Norwegian jig with a large treble hook on my 100 lb. setup - a jig I caught many cod and haddock with in the Northeast, but would it work on BFT? Yup, an approx. 35-40 lb. BFT smashed it about 250-300 beneath the boat - didn't bite it on the fall - smashed it when I was up-jigging. I like surprises. So, yeah, you can catch a BFT with a cod jig at mid-day. I want to nail one at night on it though.

Early afternoon approached and we had limits of BFT. So, with a couple hours left in the day we did some drifts for rock fish and lings about 7 - 10 miles S / SE of the bank. A couple of nice lings were caught along with Starry's, Boccacio, Bank Perch, Chucleheads, etc... Great way to round out the trip.

Weather Saturday was perfect. Sunny. 65 or so. No wind during the afternoon. Waves typically 6 inches to 1' at most. Nice ride home to.

*** Bait ***
4 - 5" sardines. Not the best bait, but not the worst bait either. You just had to be picky to find a good swimmer. If you cast a bait that doesn't swim, cut your losses and reel back in. Nice to have life squid. Consider bringing a cheap squid catcher if you're going out soon.

*** Other Notes ***
Captain and crew were very good. Saved several fish from tangles and got a couple undone from the props. Chummed effectively and help gut us limits by the afternoon. Fished hard with the time left to catch some rock fish. Fished until the very end.

*** Knots ***
Bimini to worm knot for all spectra-to-mono connections.
Loop-to-loop connection for all bimini / wind-on connections.
Palomar knot for any line less than 40 lb. spangler or crimps for anything larger. 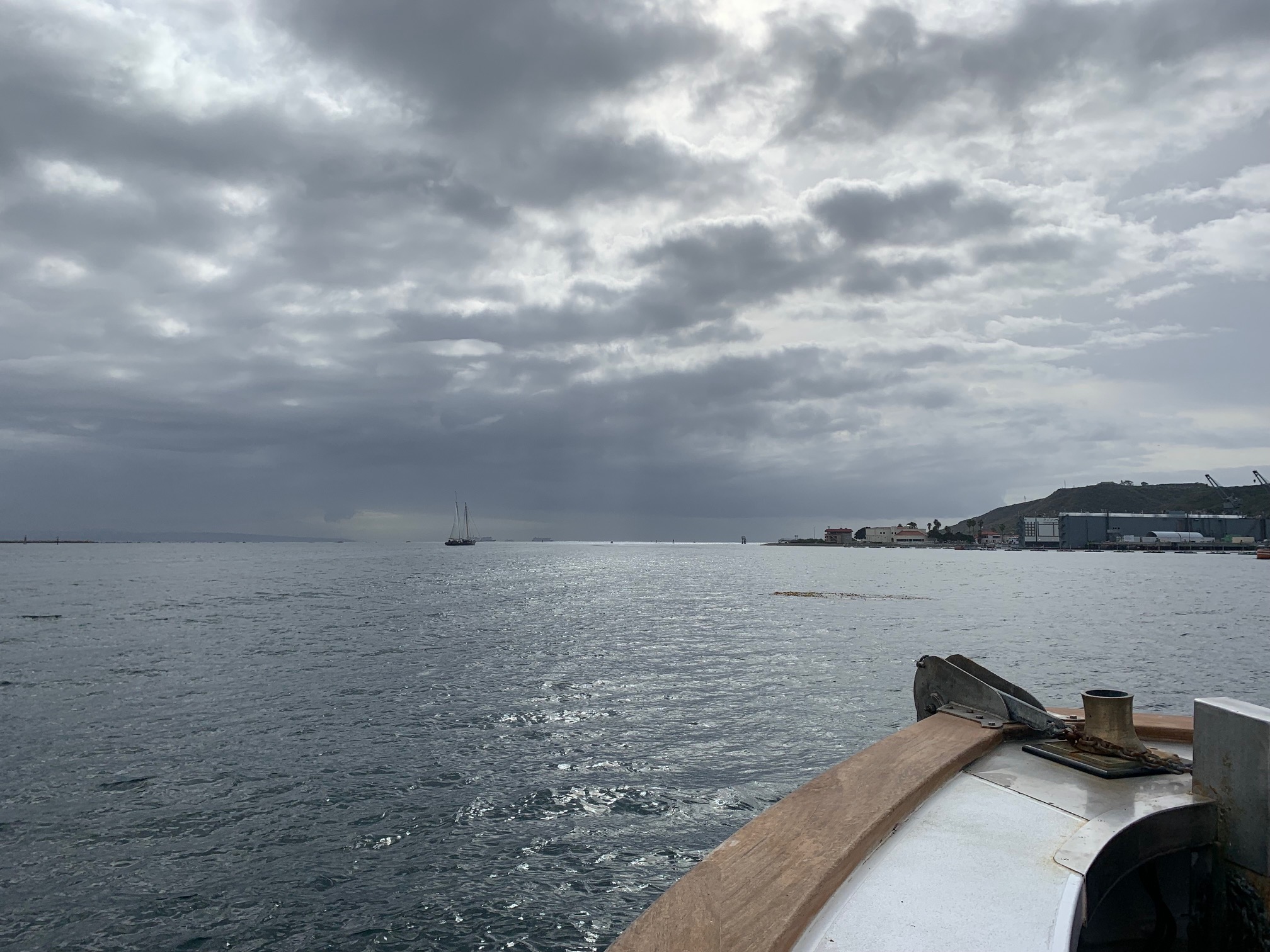 USS Charlotte Coming Back In 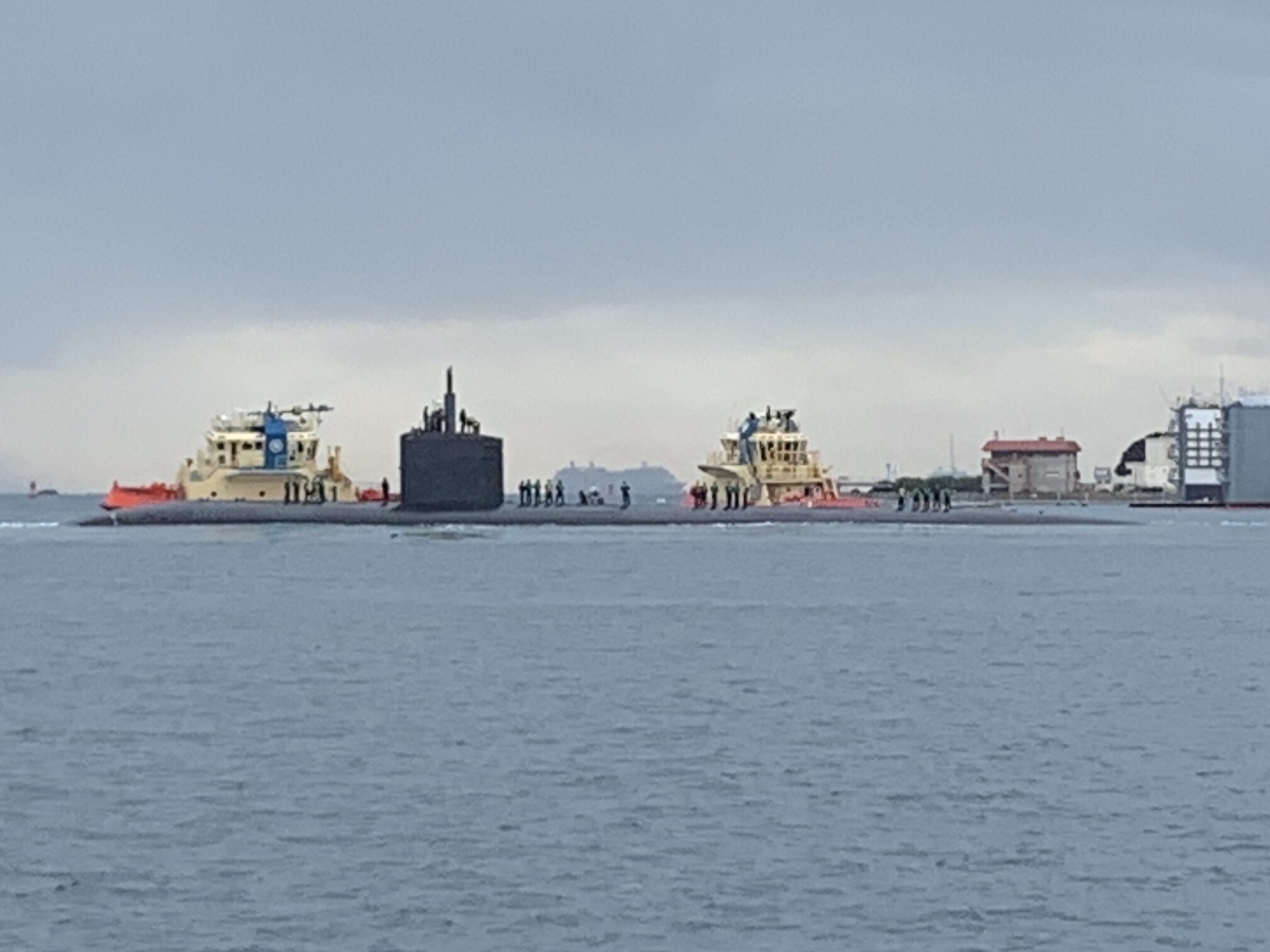 Saturday At Tanner Bank - San Clemente Visible In The Background 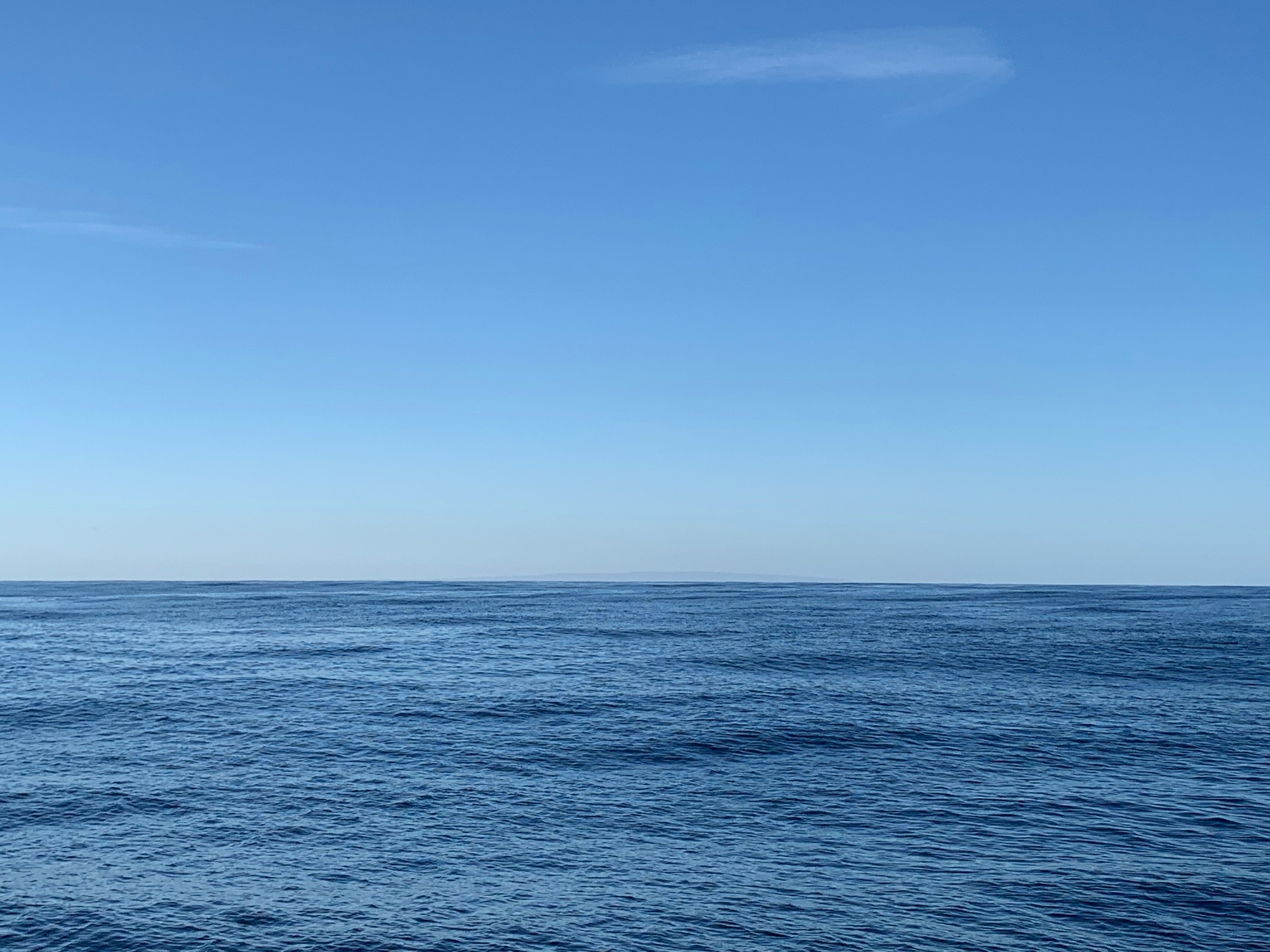 Approx. 35 lb. BFT on a Norwegian Jig With Trebble Hook 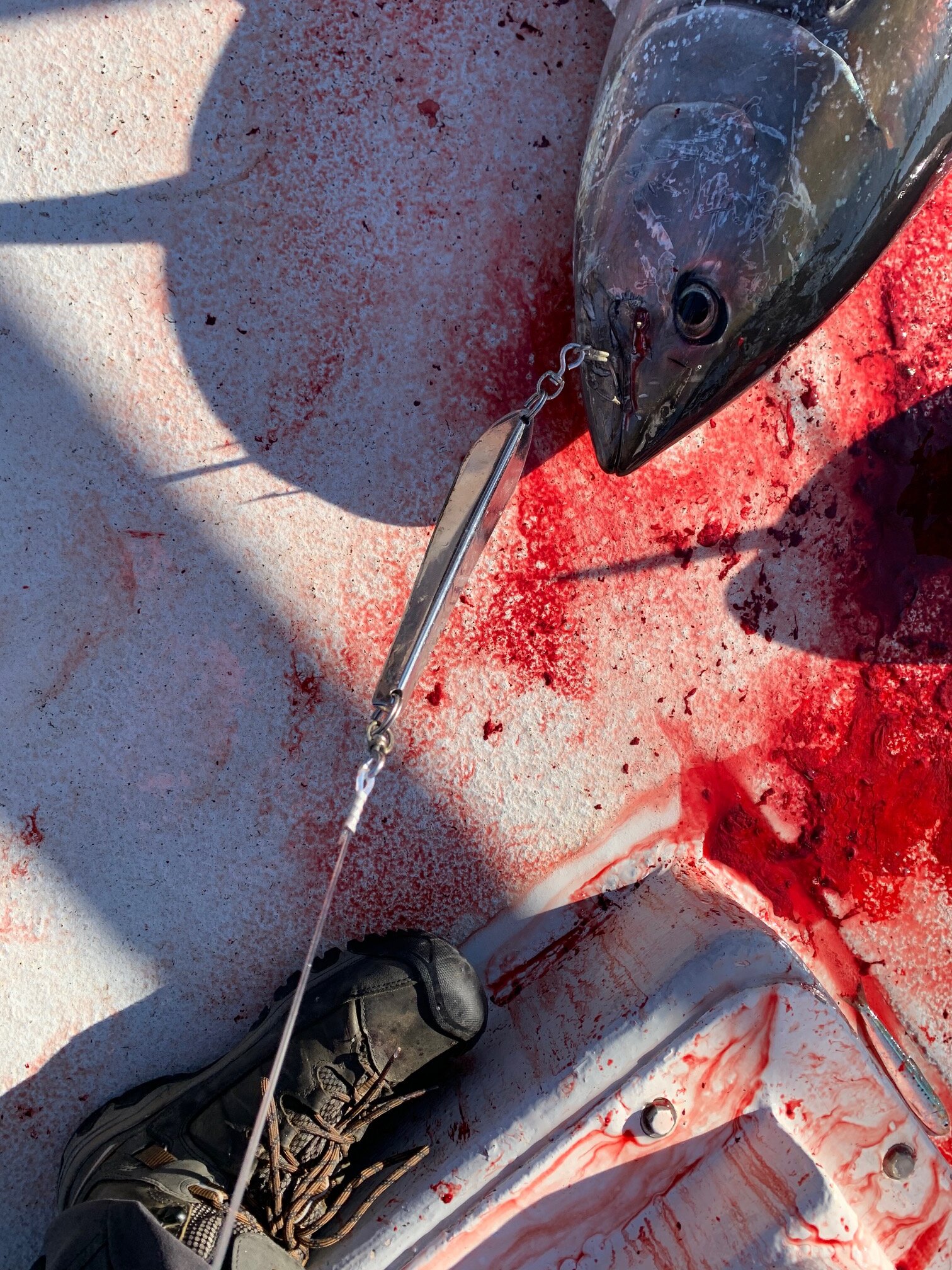 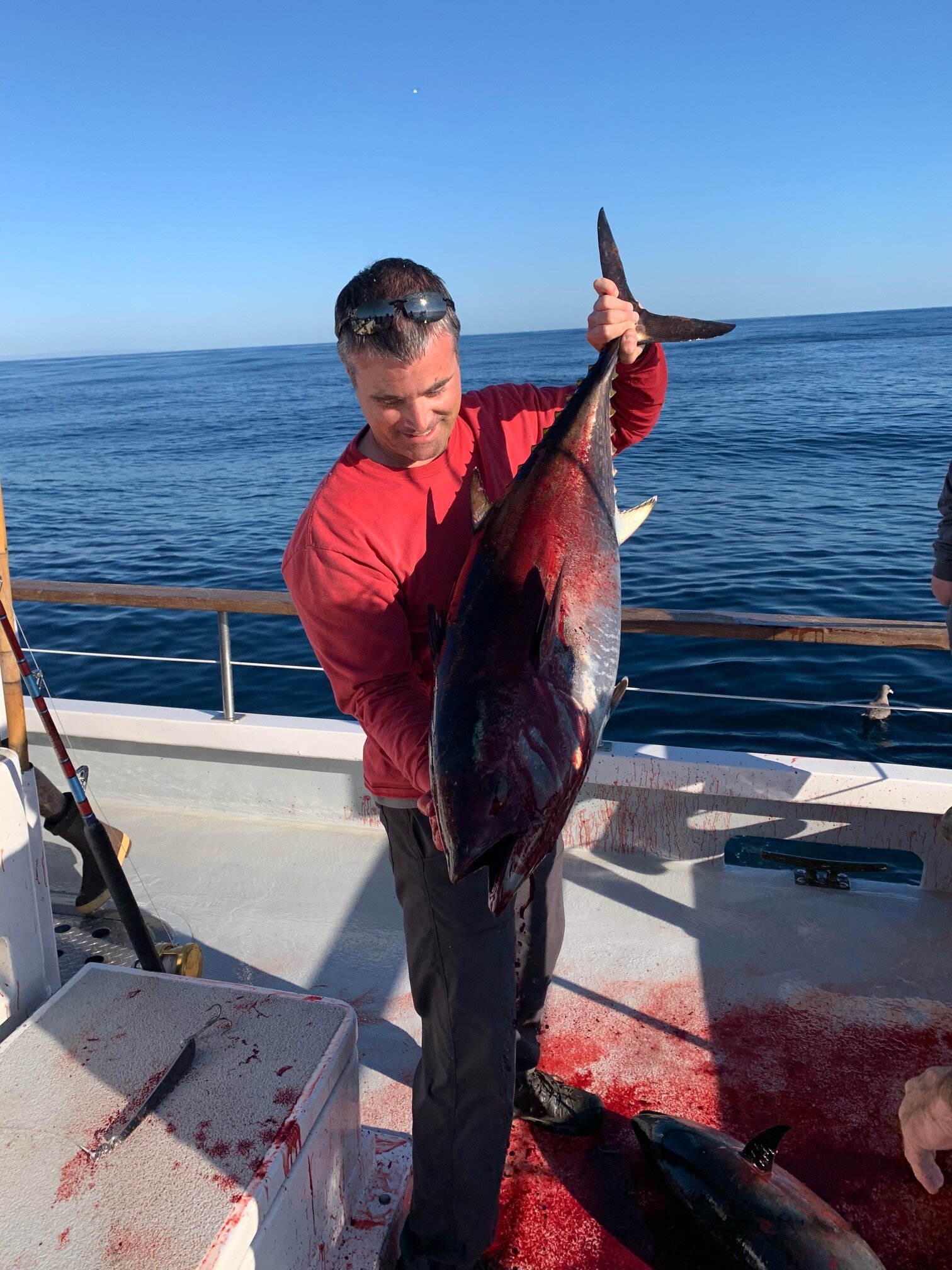 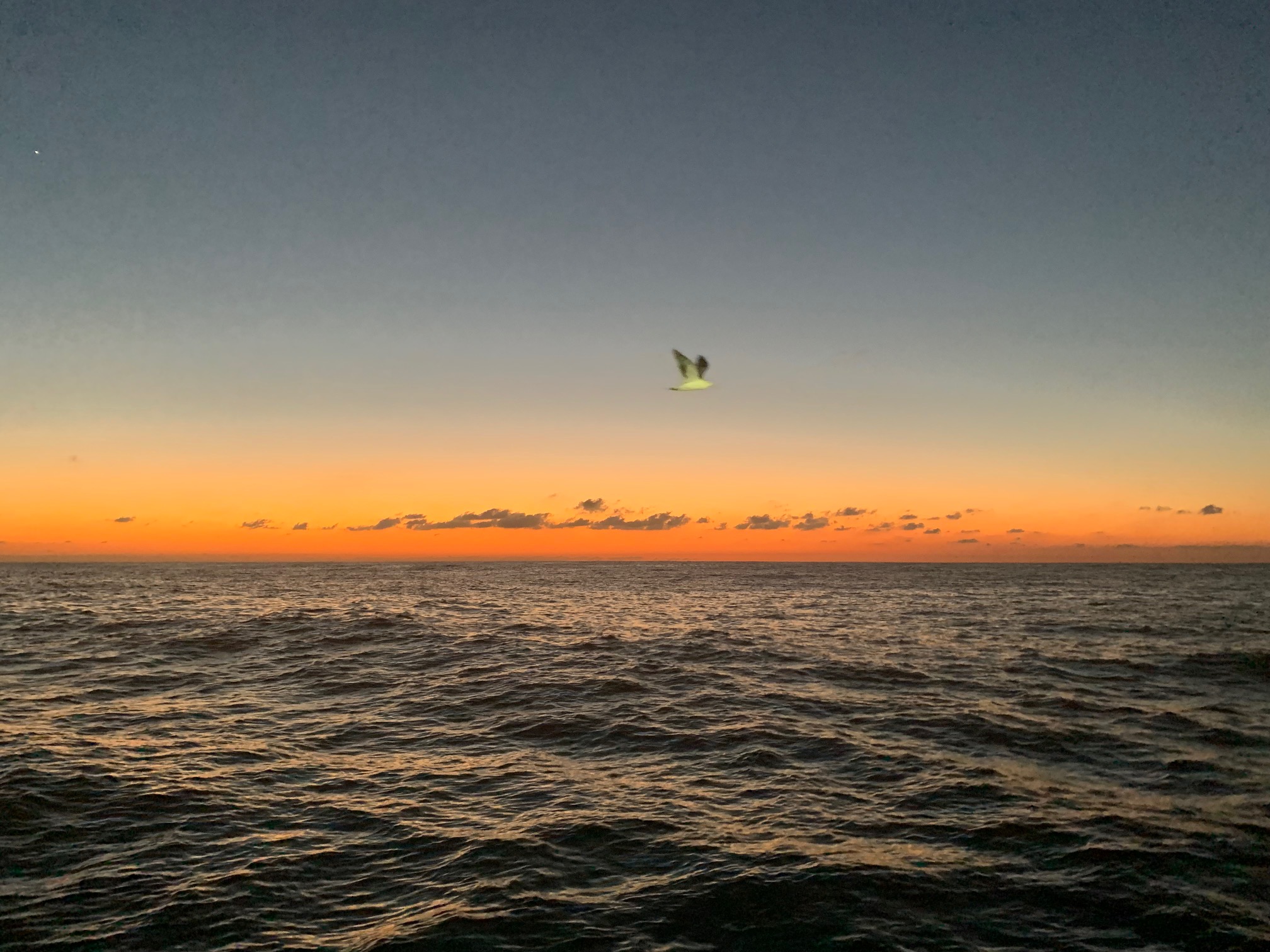 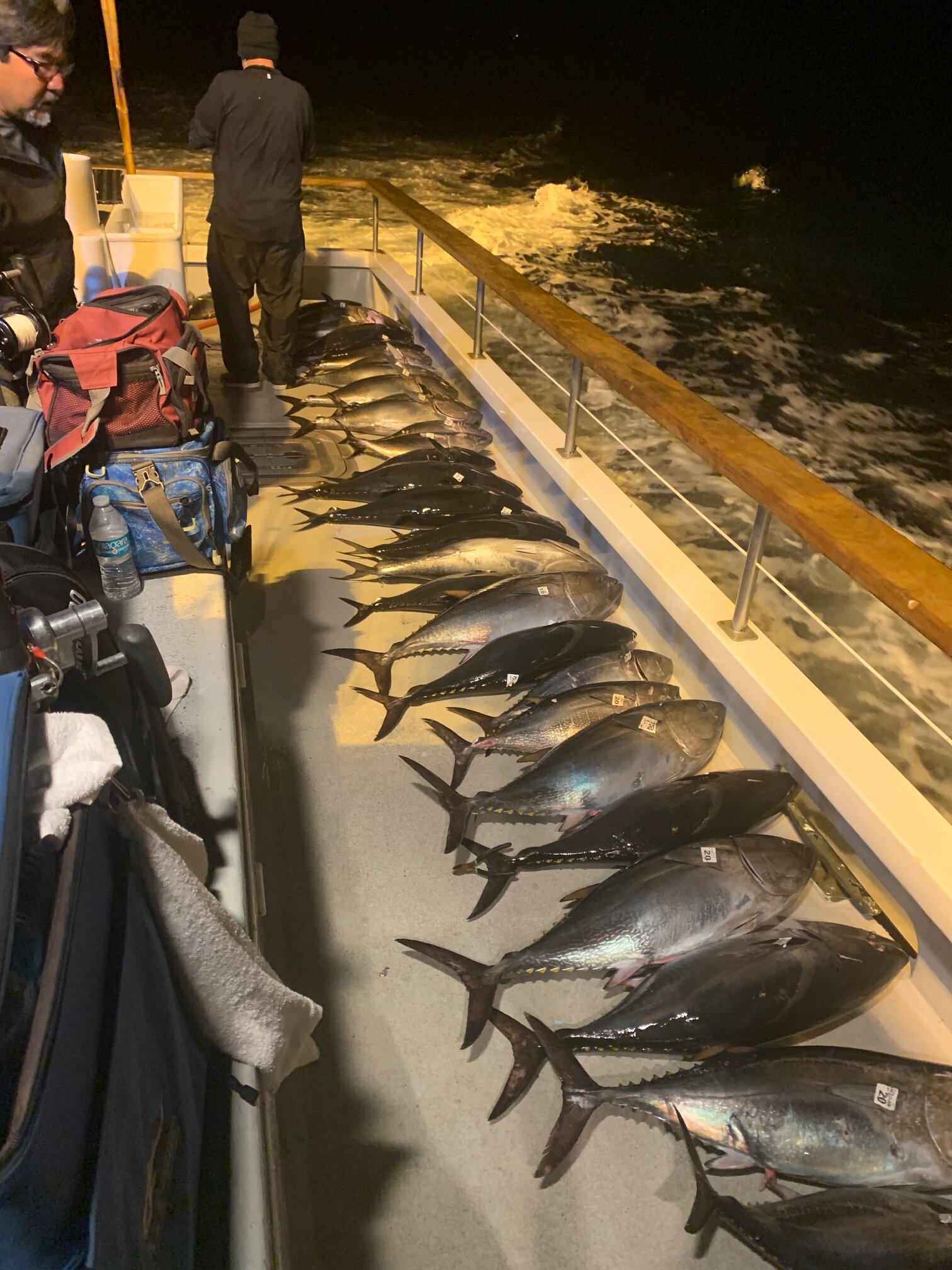 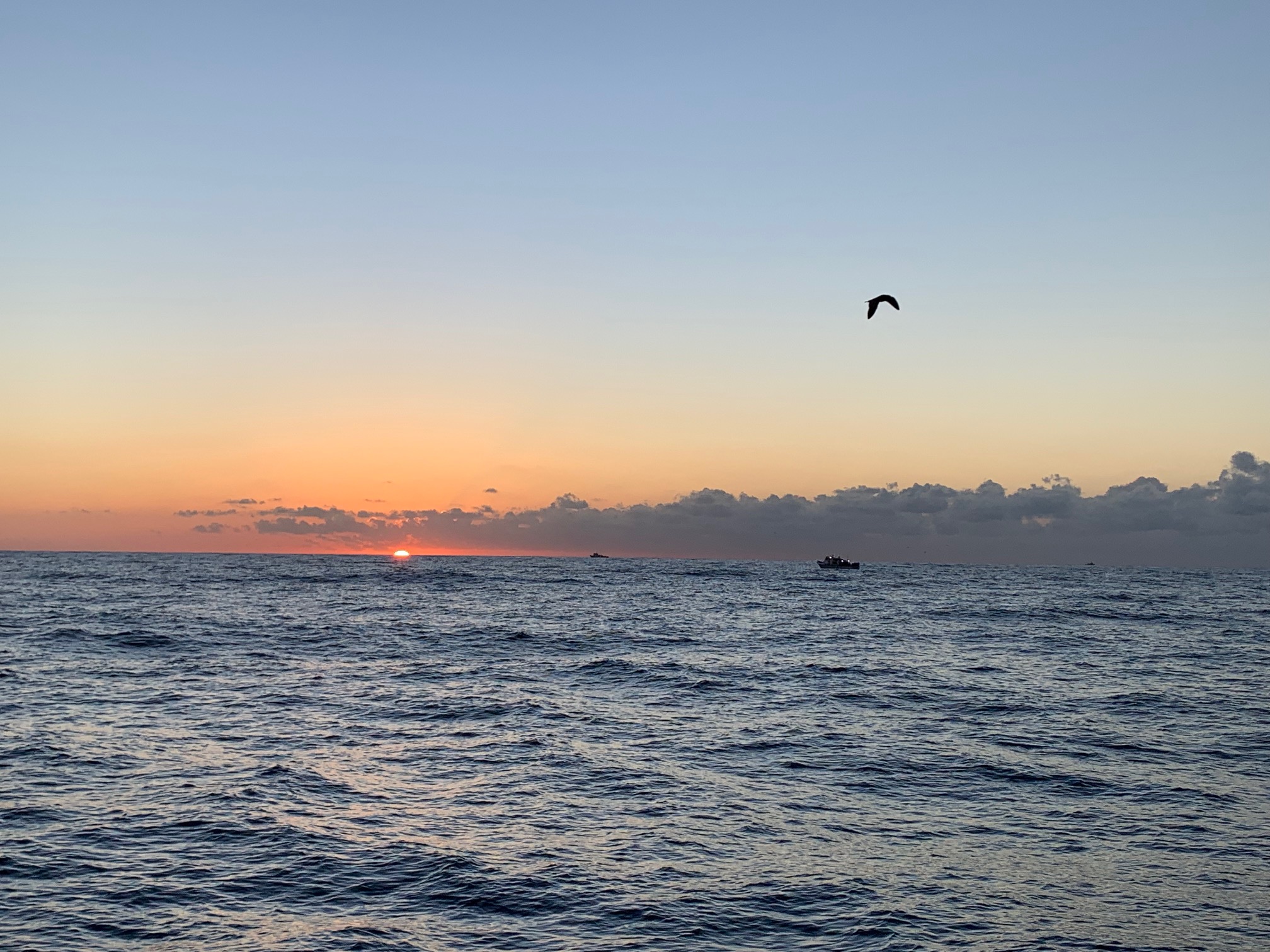 If it's the "Mr.Lee" im thinking of, He's a buddy of mine that wraps rods at Sav-On tackle in Norwalk CA. Super fishy & humble guy!

Mk6_Robbie said:
If it's the "Mr.Lee" im thinking of, He's a buddy of mine that wraps rods at Sav-On tackle in Norwalk CA. Super fishy & humble guy!

GREAT REPORT/info/pics and a Great Read
Glad you all had a great trip on NLA. Awesome
Upvote 0

That was awesome reportage. And in December!
Toggle signature
Get offa my lawn.....
Reactions: Billy L and AndyJ
Upvote 0

If 1st you dont succeed, failure may be your style

Wandering Blues said:
That was awesome reportage. And in December!
Click to expand...

That's what I was thinking! Nice report, especially for December!
Toggle signature
I suffer from a serious eye problem, I cant see working when the fishing is good!

Outstanding write up… Thankyou for the detail!
Upvote 0 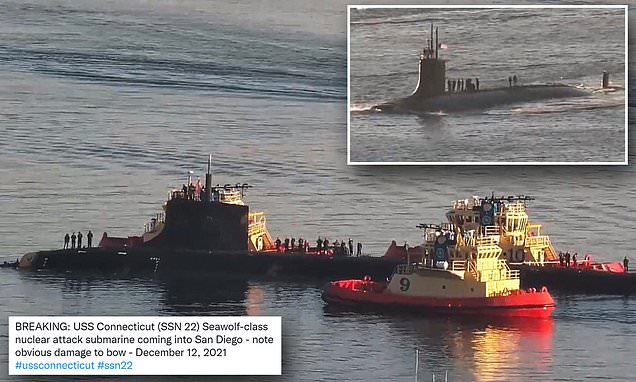 Looks like two subs came back recently. The one in the picture I posted should be the Charlotte. Looks like a second sub came in Sunday morning, and that is the USS Connecticut - I hope they have our outer banks mapped better than the China coast.
Upvote 0

I’m curious how much time it took you to write this great report?
Upvote 0

Billy L said:
I’m curious how much time it took you to write this great report?
Click to expand...

I don't know...maybe 15 minutes...I just sort of copied the format of what I wrote for a trip a few weeks back. I like to go back to these so I can remember what worked / didn't work.
Reactions: Billy L
Upvote 0

The 20' fluoro leader is IMHO important. The further away the bait is from the spectra the better. And with 20 it's important to re-tie after every tuna. As there is almost always damage either seen or unseen.
So one can get multiple re-ties without attaching a new leader.

And as a heads up for all anglers there are huge disparities in the diameter of various brands of 20# fluorocarbon.
When purchasing your fluoro of choice pay very close attention to the diameter. "Usually" printed on the spool in very fine print. That diameter can be all over the place. Have 4 different spools of 20# fluoro with diameters of .014, .015, .016 and .017. The 1 to 3 thousandths of an inch difference in diameter for various mfgs. is very important as it significantly changes visibility and the tensile strength of the line. .017 was the original standard. The successful Mr. Lee is most likely very aware of this and it is possible that one of his secrets of success is right in plain sight.

Thanks for the report. New Lo Ann is a fishy boat. Glad you had a fun time.
Toggle signature
WetWillyBiz on IG & FB

Very nice report, concise and well written. I have been known to change a flouro leader after a fish or two. Good point about the thickness of leader material. I respool mono topshot after every trip too.
Toggle signature
Stay Classy- San Diego!
Reactions: yessokk
Upvote 0

Thanks for the Awesome Report!
Upvote 0
C

The landing reported 88 fish for 22 anglers on this 2 day trip, is that correct? If so I missed the part of the report where the boat caught 44 Fish Friday from 10PM to Midnight.
Upvote 0

Women of the West Rule!

Thanks for the specifics. Great report! Stoked you got into some December fish.
Upvote 0