Just returned from an election day trip out to the Cortez on my buddies 27' Tiara. We arrived in the vicinity at 1:30 pm from Dana Point and started trolling a yummy flyer as we moved towards the north end of the bank. Decent wind, going almost directly into it, 10 minutes later the kite is dipping hard but the fish doesn't stick. Keep moving. I have my eye glued to the flyer this time, and after 20 minutes a massive explosion erupts on the flyer. No dip to the kite, totally missed the yummy. We shut down on a whole bunch of wolf pack marks, bring in the yummy to see the fresh teeth marks and chewed surface. We put a frozen flying fish out and had a number of bluefin blowing up on it after about 30 minutes of waiting. Must have been 4 - 5 massive boils on it, indicator never dipped down, they kept missing the bait. After waiting for some time with no marks, we moved again and set up on some new marks. 10 minutes later at 4:30 pm had the bite we'd been waiting for. Massive explosion, strike indicator goes down into the water, reel like hell, line releases from the clip, come tight to the fish and line is screaming off the reel.

After the first run, I push the drag to 35 pounds of pressure as all my connectors are being tested. Looks like the crimps I did that morning are holding well! After 25 minutes I have the fish at color, about 40 feet away, I get up off my knees to stand for the last part of the battle. All of the sudden I feel the fish is gone. I see it swim away, and I'm cursing and cursing and not understanding what the hell happened. I keep reeling my line to bring it in an figure out WTF went wrong. but it's not coming in. After 15 seconds of this, I notice that somehow in all the excitement the lever drag got moved to almost free spool. I must have hit it as I got up to stand. I put it back to 35 pounds of pressure and it's game on again - thank GOD!

I'm now in beast mode with a burst of energy, have the fish to gaff in 5 minutes. We sink two gaffs into it, and now have to figure out how to pull this beast over the rail, as there's only two of us and my arms are shaking from exhaustion. We finally get it over with the help of a tail rope, and I measure the bluefin. I've never caught a cow before, hoping this is my first. I tape in out, pull out the calculator, and it comes out to just over 194 pounds. Damn. Measure it again and again, still can't get it to 200 pounds, but I pretty damn happy just the same. I still have a reason to go out again and seek that first cow. Then again, 194 rounds up to 200, doesn't it?

We then fished in the dark in a couple of spots with jumbo squid and flat falls, never did get the good marks as I did two weeks ago out there on my boat. No night biters for us this time. We started for home in the dark. When we reached the 152 on the way home the next day, it looked so beautiful just had to stop and deep drop for 3 hours in the hopes of getting a swordfish. No biters for us, just one curious mako on the surface, but still worth a try.

I don't know if the tuna will hang around after this weekend's storm, would love another go for the cows out there. 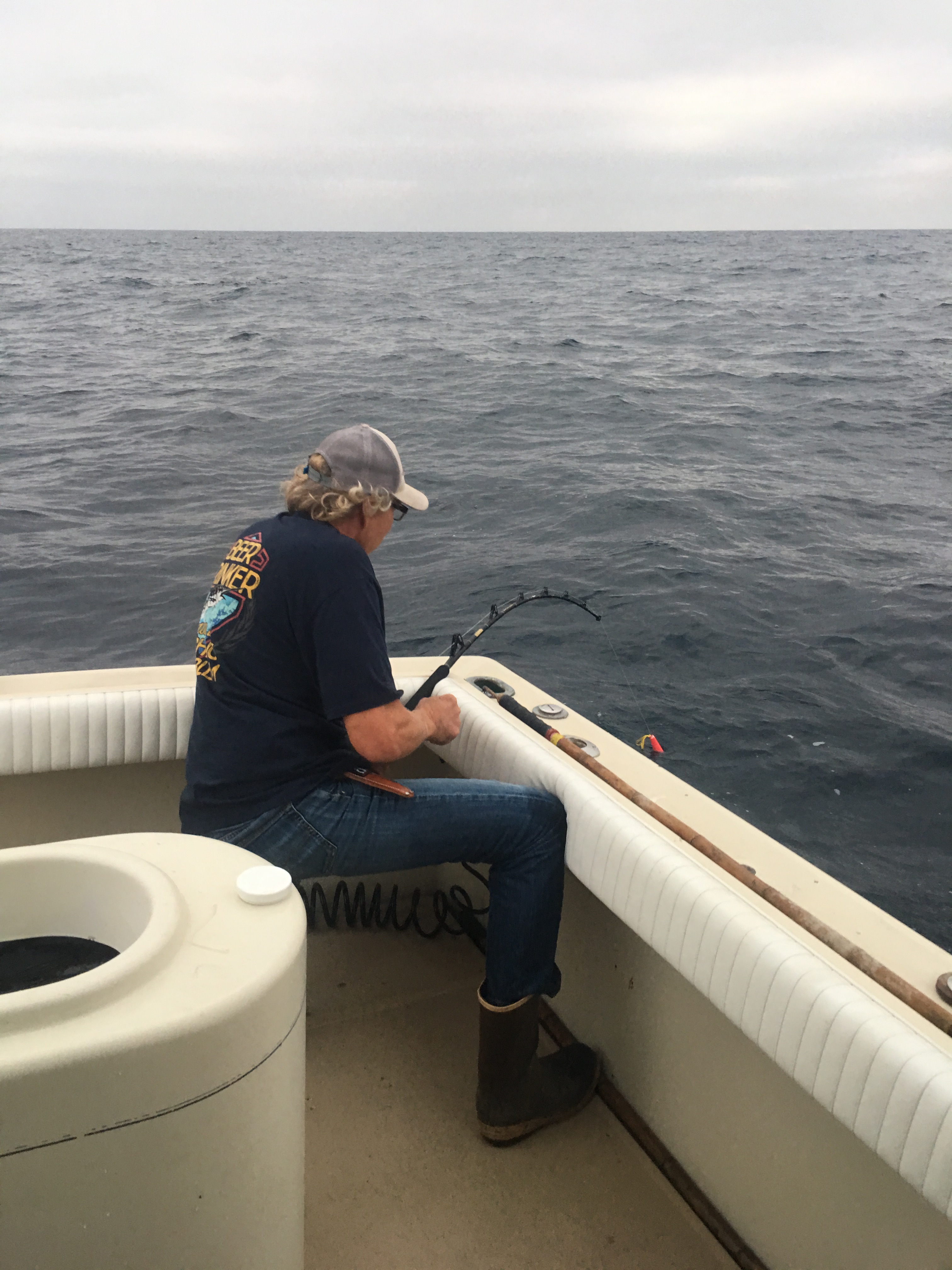 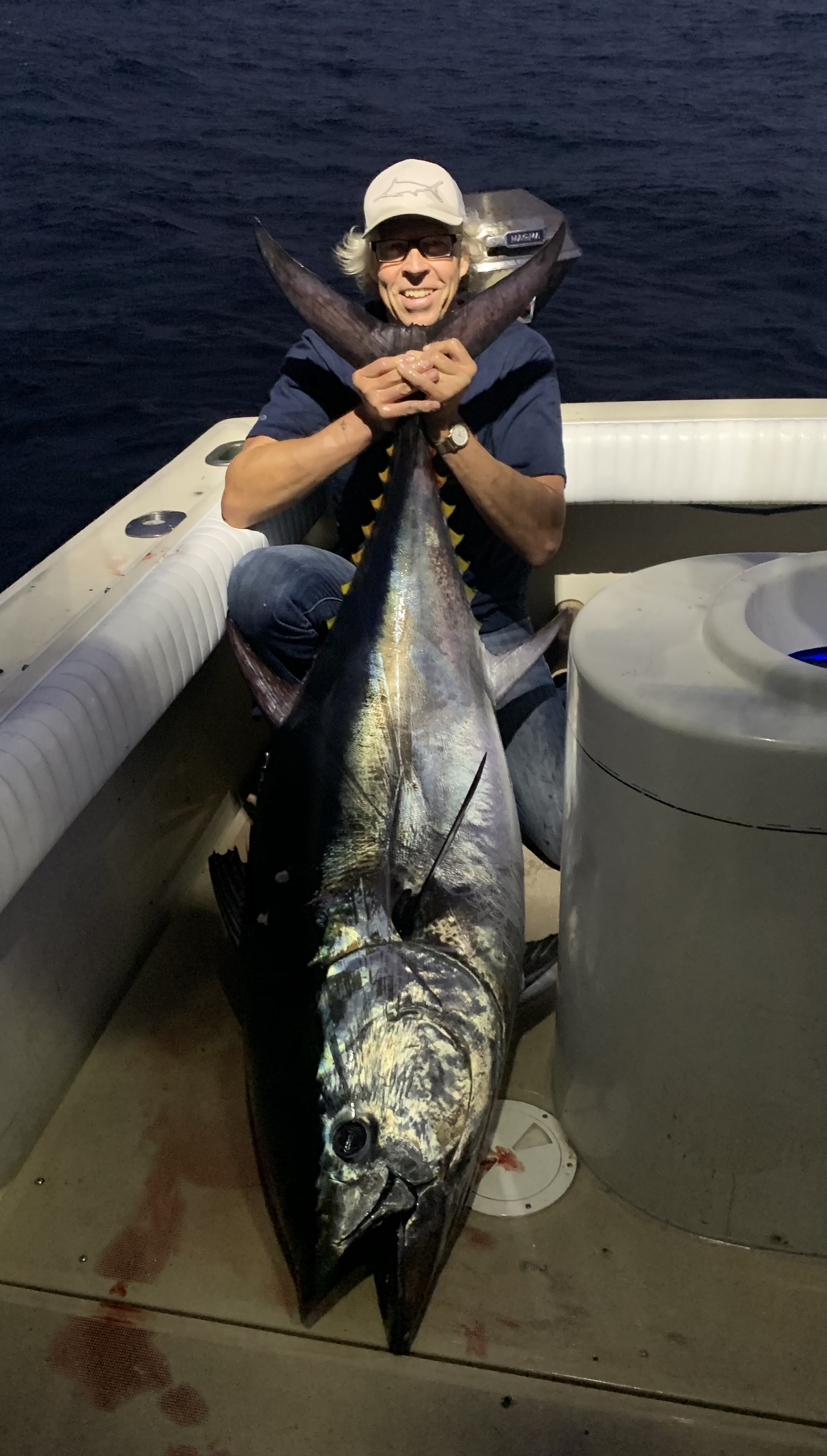 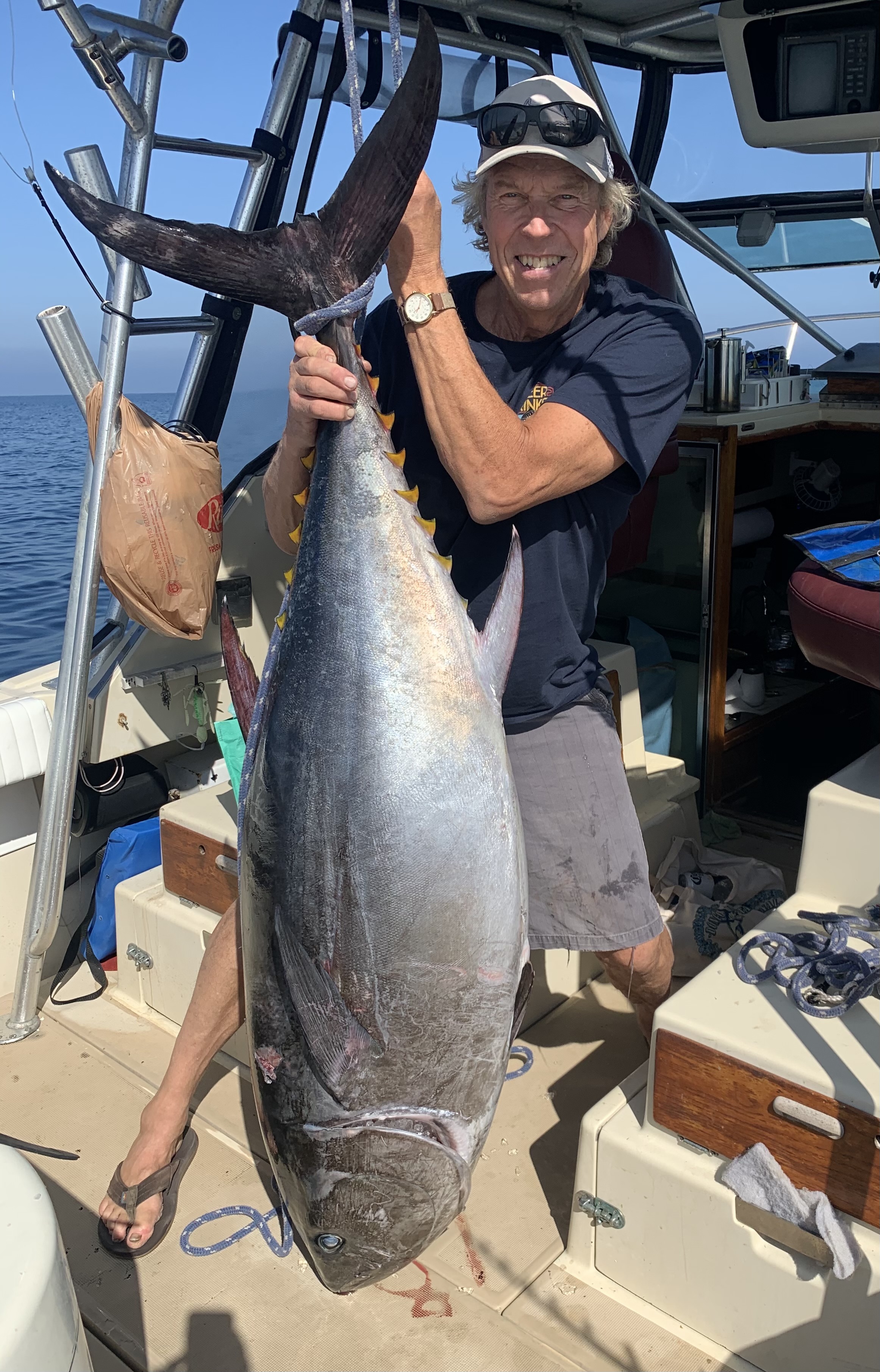 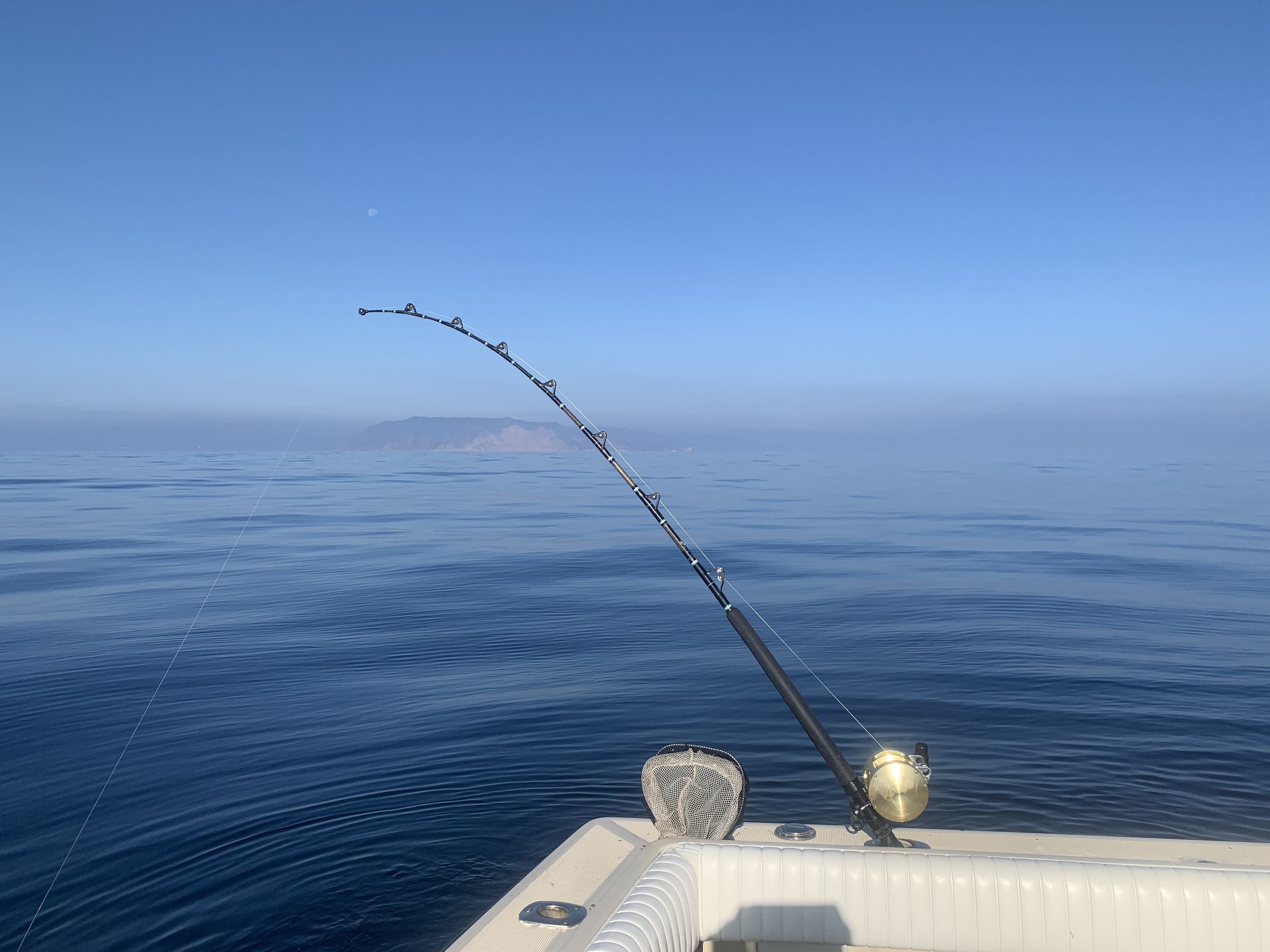 Is that the first time you have knocked the lever into free spool? I have seen it a couple of times.
Upvote 0

Glad that beast ended up in the boat .
Nice fish
Upvote 0

If they be Biten Go Get M

The tuna burnt 8 pounds while you were bringing it in I’ll call it a 200 congratulations
Reactions: king of fools, Hungone, djd35de and 6 others
Upvote 0

doncatfish said:
...somehow in all the excitement the lever drag got moved to almost free spool.
Click to expand...

Yikes.
'almost' is way better than free spool, any way you slice it. That could have been ugly.
Toggle signature
Clay,
dyholi!
Upvote 0

Thanks for read, that's a hell of a story on that fish haha
Reactions: richardblufin
Upvote 0

Nice storytelling. Lots of suspense with a happy ending!

I was on a 10 day and hooked into a possible cow had the fish on the surface about 20ft from the boat and accidentally hit the drag lever into freespool the line went full on bird's nest on the reel and ZingPowSnap went the line right at the bird nest. Damn near pulled the rod out of my hands.
Reactions: jiggermyster and doncatfish
Upvote 0

Nice work and congrats. I hope the fish don’t move out with this storm approaching. It has been a crazy season
Upvote 0

Bet you never forget that fight! Great read thanks for sharing.
Upvote 0