There is an old saying that, “no plan survives first contact”, and so it was on Friday as we chased albacore from Albion harbor. We knew our set of limitations, an old gas guzzling boat, three old fishermen and a smoke-filled sky. From my experience one week prior out of Ft Bragg, I had developed a theory about the behavior of these fish. Namely, I thought that they were plentiful in the water and that they had a preference for coming to the surface later in the day. Concerns about the “hard temperature break” moving out along with the bluer water would have to remain secondary to our plan due to fuel considerations. So we launched at 9 am heading straight west to look for warm water on the inside and to where the fish had been the previous week. We were also mindful that a friend of a friend had caught a nice Dorado and that several boats had reported tangling with bluefin by trolling a lure, “way back”. We set out the lines in 61 degree water at 11 AM at 13/17 about 26 mi out. For the “whiskey line” I chose a purple marauder, a favorite bluefin lure of mine for several decades.

We continued west to look for warmer water while listening to the Ft Bragg fleet chatter about a hot bite up around the 30 line and beyond, but we didn’t have the fuel capacity to chase it. About one hour after putting the lines out the marauder gets hit, but the fish isn’t taking drag and I then proceed to crank in a peanut albacore, (something I did not even see once the previous week), on the 80 lb outfit. We kept the boat running at salmon speed while bringing it in and the lure was at least 30% the length of the entire fish. Big lures, big fish? Not so much. Another hour goes by and we are becoming aware that there could also be some fishermen south of us as we try to decipher their secretive talk on the radio, “I am 5 miles south of where you picked up that first one three days ago”; “yeah we are seven miles outside of you, where Jimmy said to go last Thursday”. Then finally we get bit on a root beer zuker at about 13/25 and this is a nice fish. We hand the rod to our “perpetual rookie” and the fish is hard for him to handle so we take the boat out of gear. The fish is close, but not close enough to gaff yet, and it dives under the boat. I tell him to watch the line and not let it hit the hull, but he stands like a statue evidently thinking that he doesn’t know how to tell the fish not to swim that way. The line doesn’t break and now the fish is again just outside of gaff range as I am telling him to be careful to keep the line from touching the outdrive and trim tabs. Again the fish dives toward the boat and this time breaks off on the trim tab. Later I realize that it was all my fault for not speaking more clearly about exactly how I wanted him to move and then for not taking the rod, “deck hand style”, when I saw that he didn’t understand what to do. Live and learn!

To change something up I switched out the marauder to a blue and white cedar plug and then maybe an hour later the way back line goes off again. Again no drag is being taken and again I reel in a peanut on our big fish line. Two in the box, both tiny, but now we are at roughly 14/40 and it is time to start trolling back. Finally, at about 4:30 pm we hit a double hookup. Not wanting to leave anything to chance we reel in the slack lines and take the boat out of gear and in doing so I realize that our whiskey line is hopelessly wrapped with one of our inside lines, (could we have gotten a triple or a quad otherwise?). Bot fish are nice ones and I keep mine tight but out away from the boat while rookie lands his fish. Mine comes in next and we now have a 26 lb and a 24 lb on the boat to compliment our two peanuts. We tolled for another hour, first circling where we hooked up, and then headed in with four for the day. A full day, a lost feather and maybe 70 gallons of fuel burned.

Yesterday we spend a half day hitting some rockfish haunts to get the fishing jones out of our system. It was nice on the inside, but probably somewhat bouncy for guys running after tuna. It looks like the bite moved north during the south wind and we can’t get there from Albion on the boat that we fish. Good luck to all that can get them. 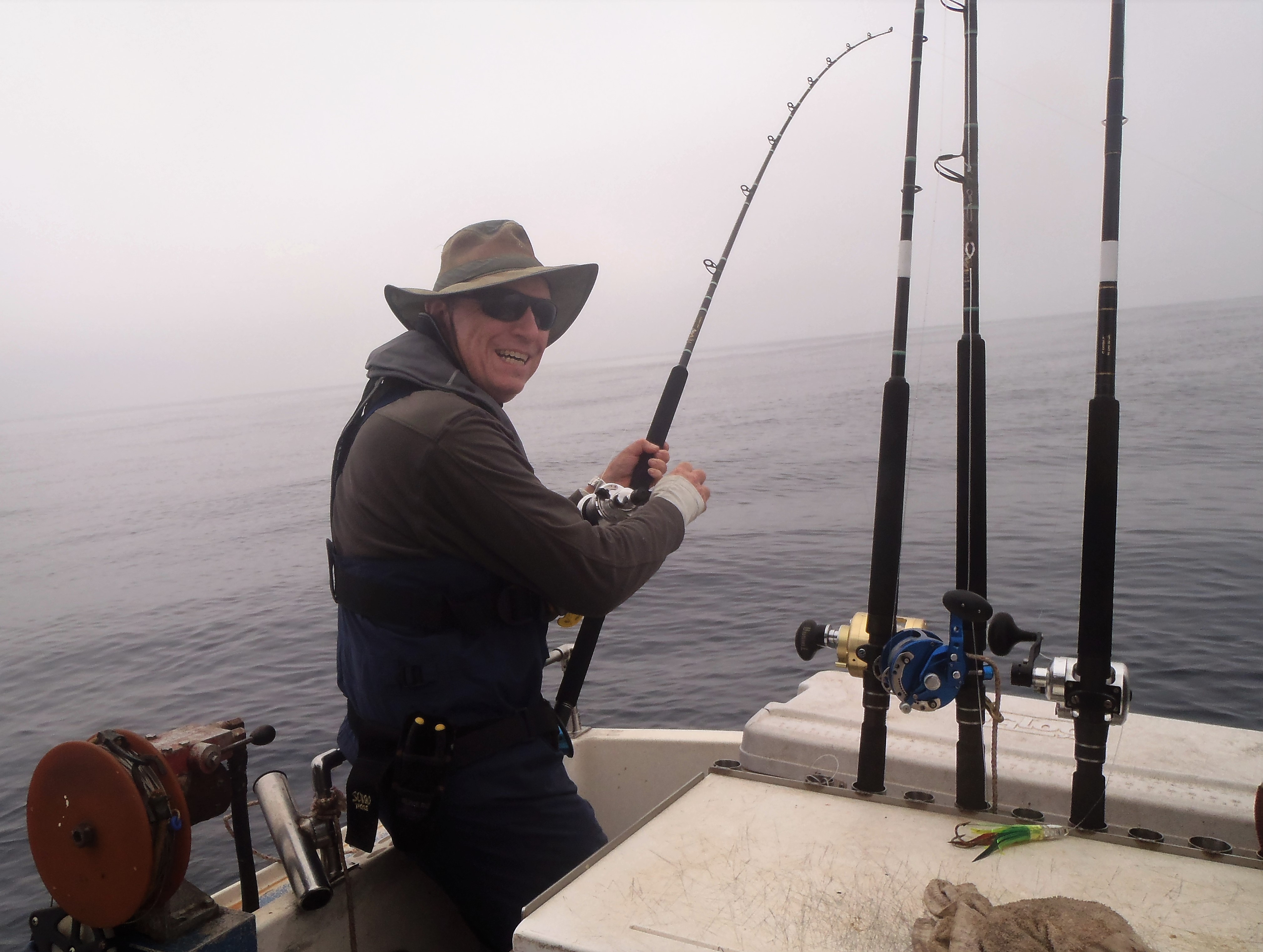 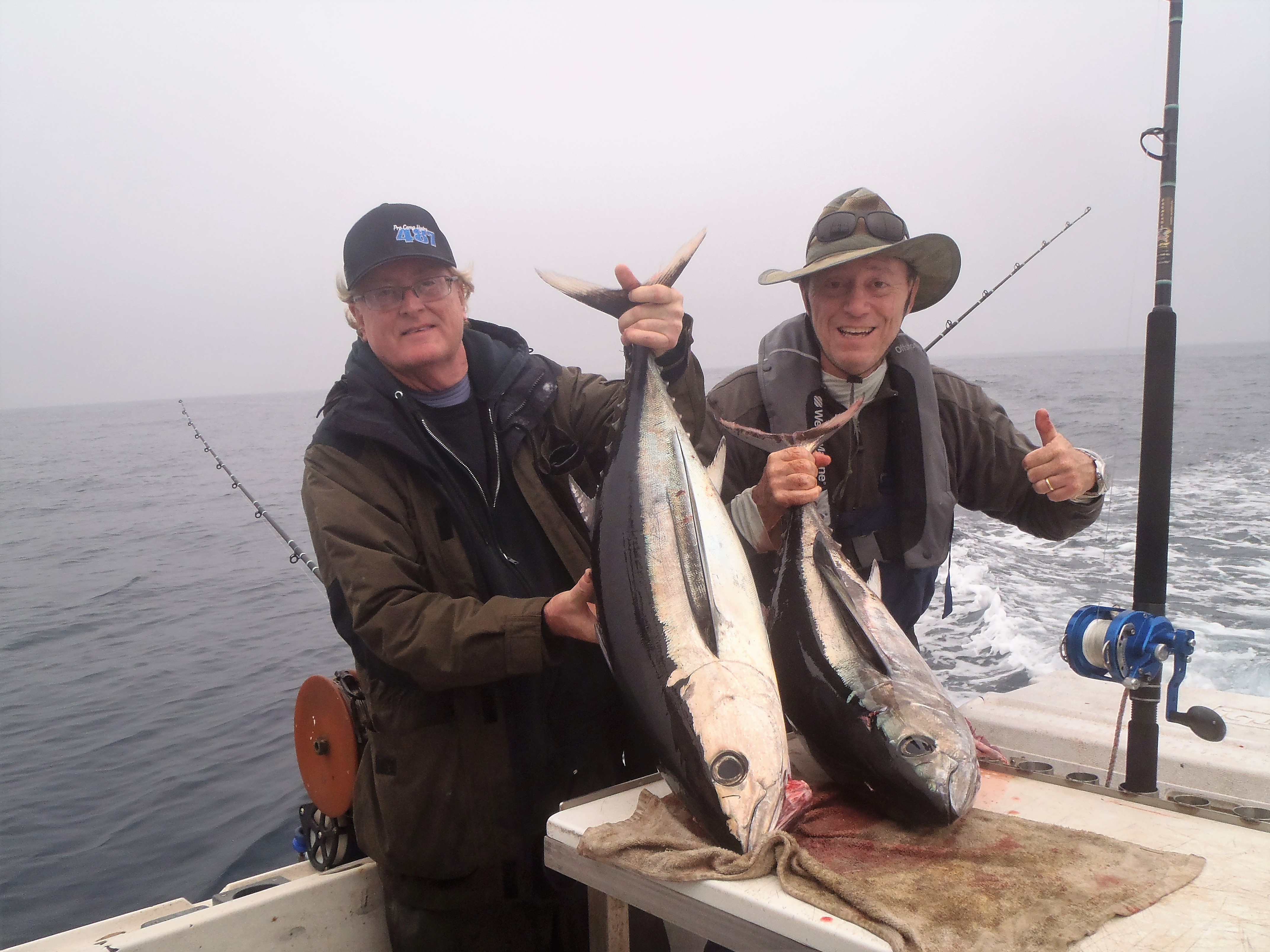 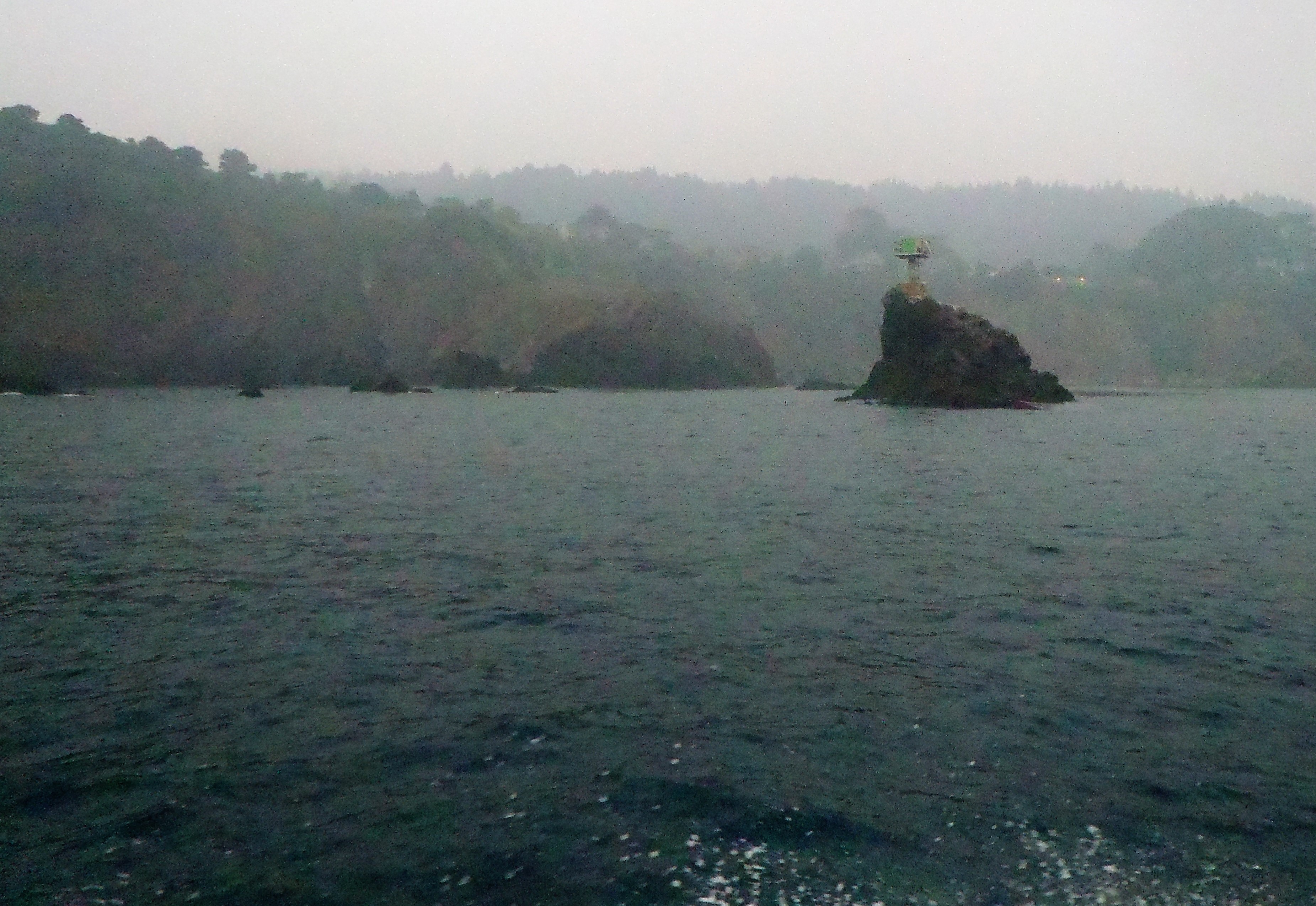 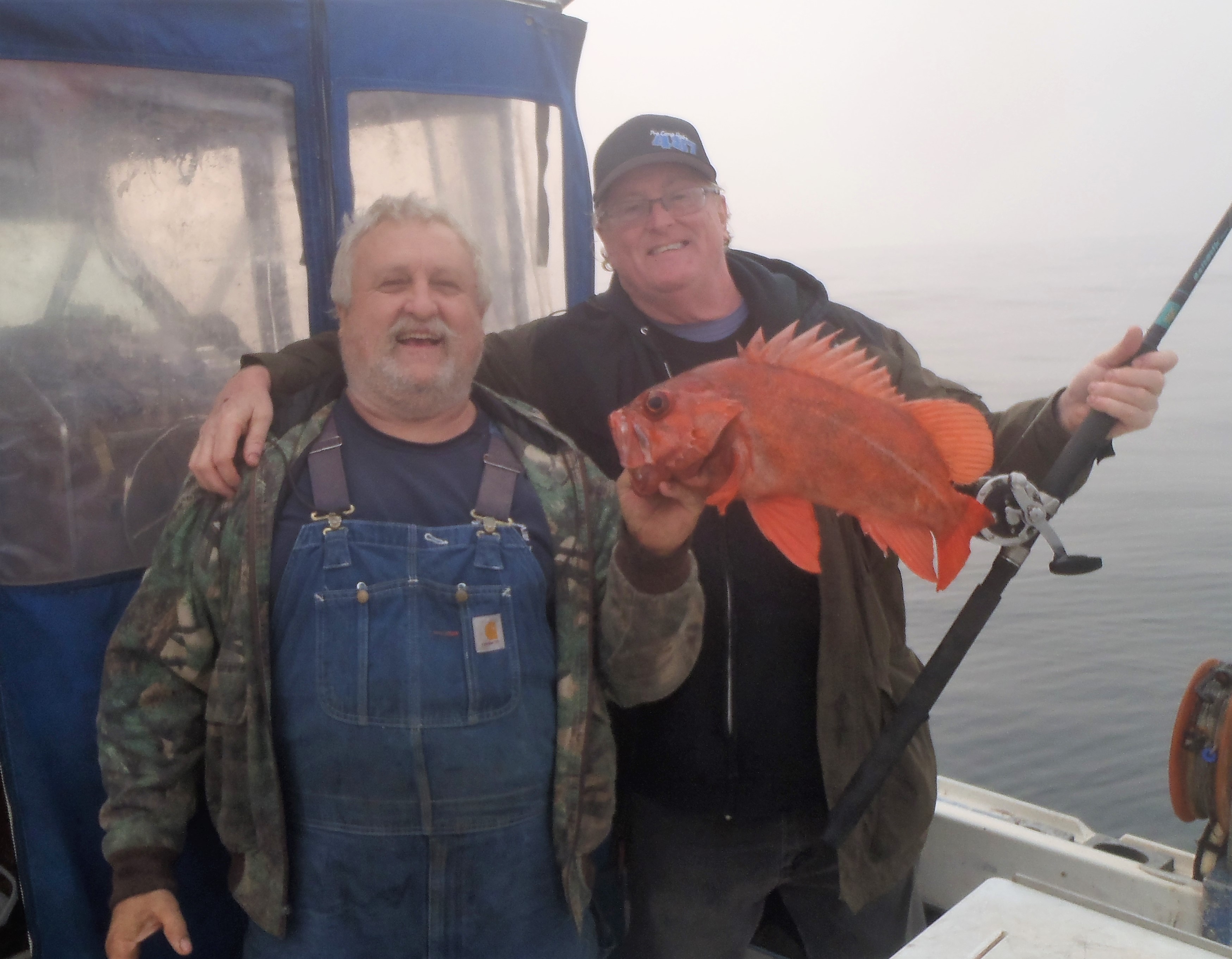 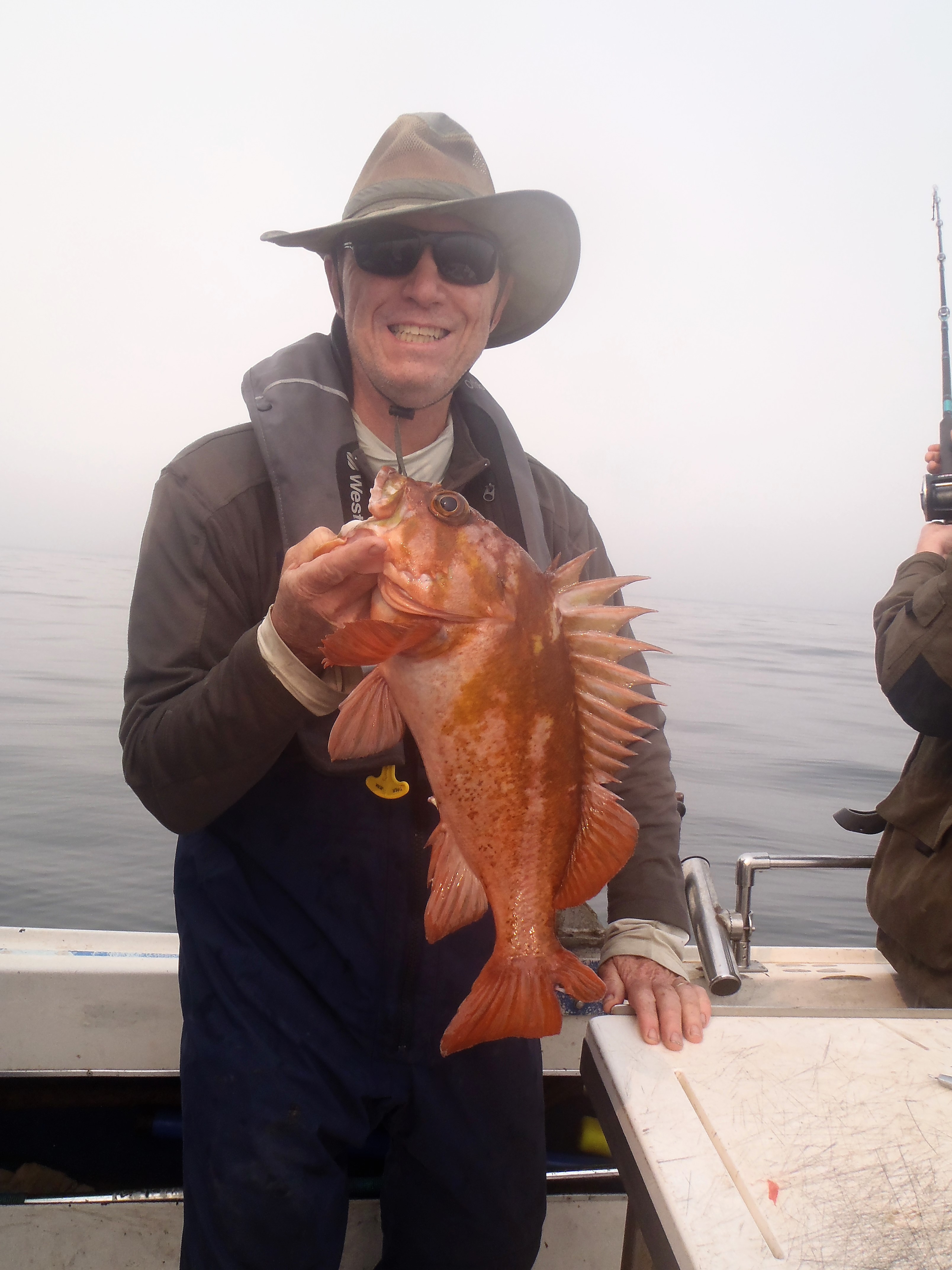 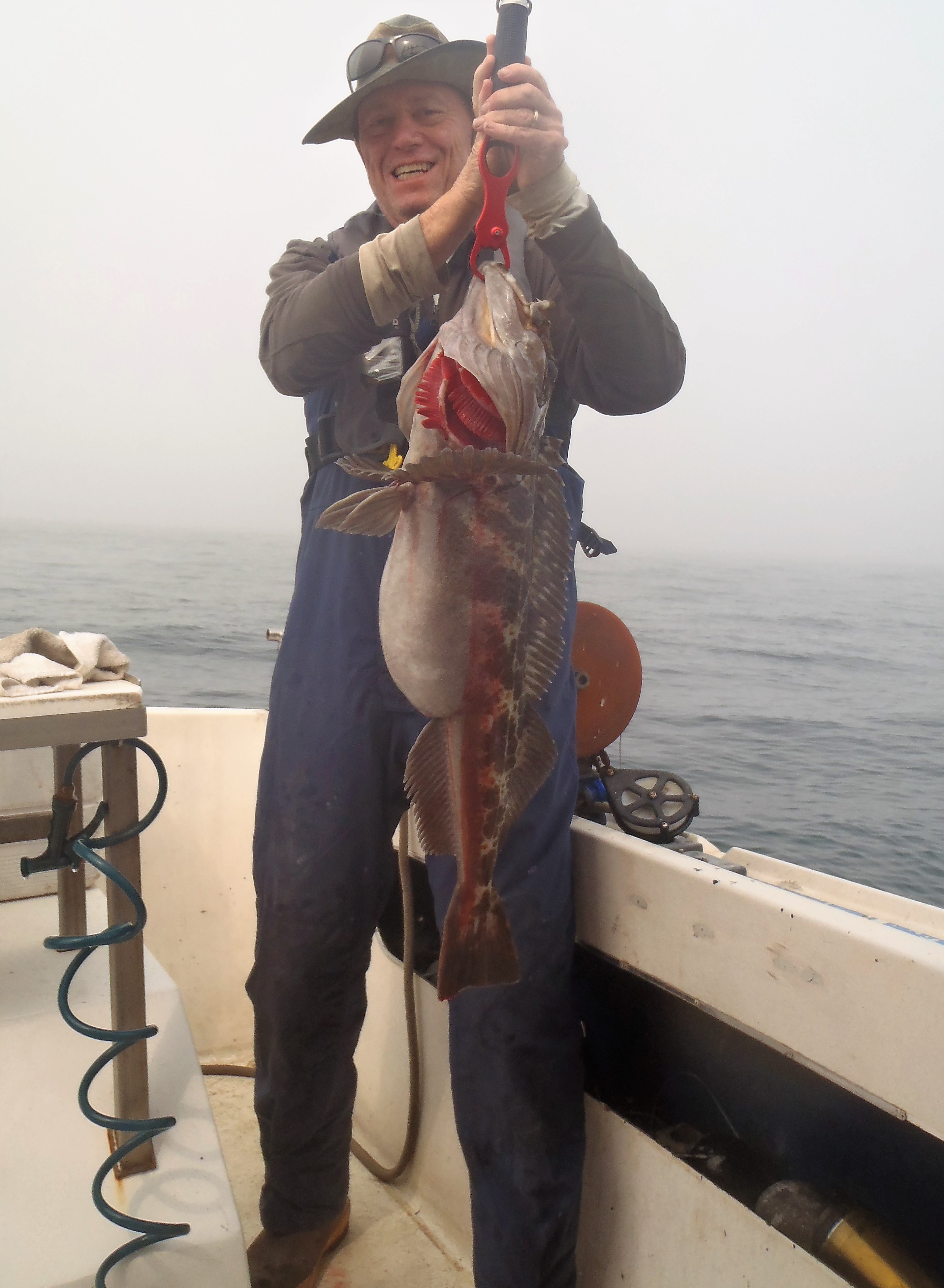 Great report thanks for the info. The only way I and rookies learn is by making mistakes and time on the water.
Reactions: Hunter gatherer
Upvote 0
F

Every group has their own perpetual rookie. Keeps everyone else feeling like a pro.

Sounds like a fine trip to me. Lots of meat to bring home and knowing your limits is an important thing. Oceans too big to cover it all no matter who you are. Being satisfied with what you have and enjoying it is the key to happiness. Or so I’ve read.

Thanks for the report.
Reactions: STANWOOD BOB
Upvote 0
Show hidden low quality content
You must log in or register to reply here.