Offshore Sleeping though near boat limits on American Angler 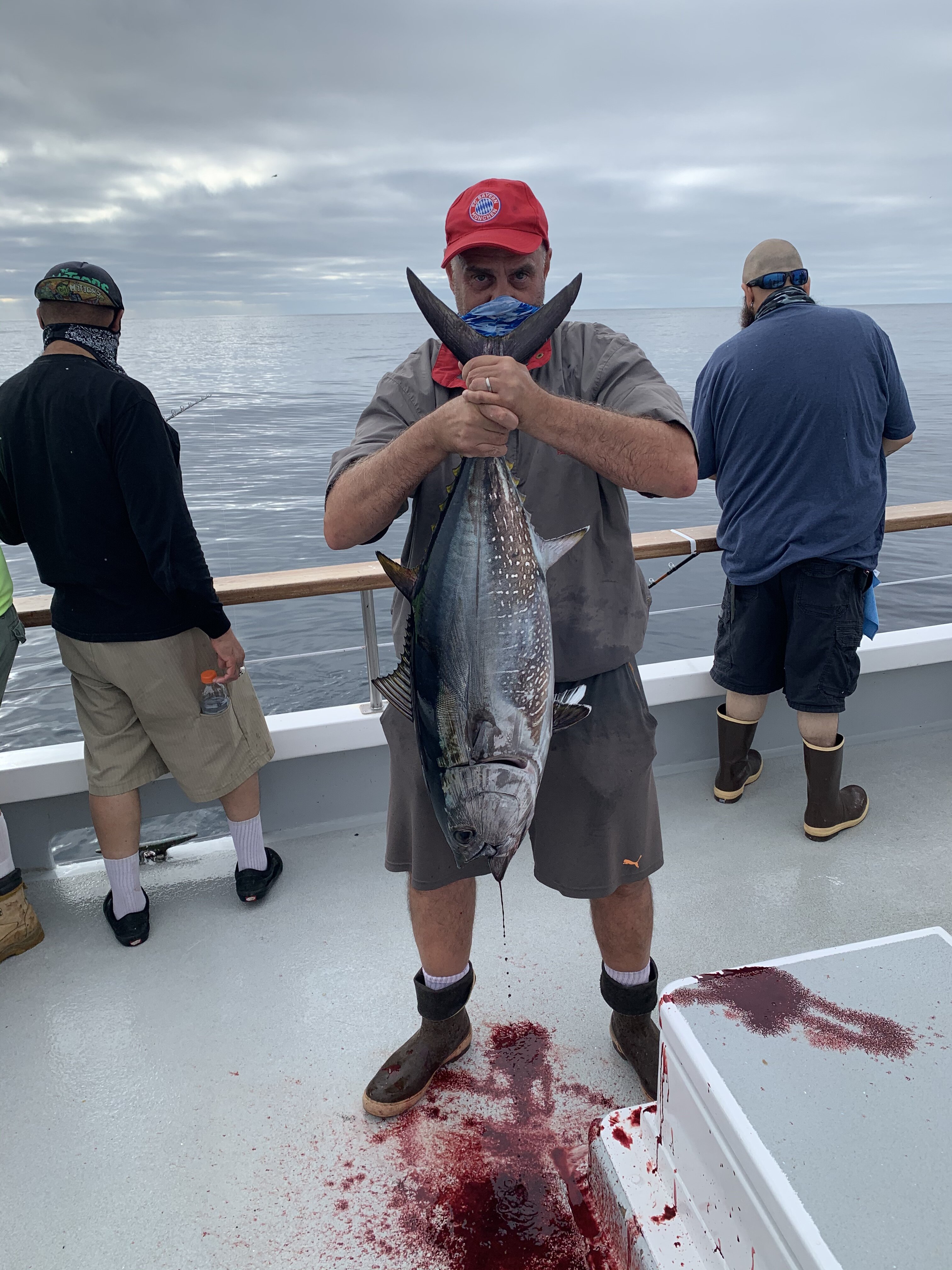 That was my previous trip out, and before that, a skunk for me, but got too watch two brothers from Hawaii boat a 285 pound fish on ballon set up they brought themselves. Both of those trips were very special though, Brad on the A did I wake me up, handed me a hooked fish that wa lost at gaff, but eventually I ended up with a limit of BFT and two healthy Yellow tail for a day and a half...now for the recent trip.
I was lucky enough to grab a spot on the New Lo Ann, (one of two boats my wife will happily see me fish on) and was pumped for the trip as we lined up dockside. We boarded on time, headed to get bait, and hthen had our usual fishing seminar on the bow. Captain Adam stated we would be arriving at the zone around 8:00 and gave the appropriate gear recommendation.
Well, after waking up early for breakfast on the American Angler and then going right back to bed to miss a wide open bite, this trip I set my alarm for 5:00.
Engines shut down around 6:30, I was on deck and ready, Adam was metering fish, game on. I got into the water early with a 25lb set up, and, was on right away. Zing pow....Loren verified Drag was too tight, schooled me, and back then, it was time to get too work again.
For the rest of the day, it was a dream come true, it was wide open fishing. Hard to describe this happened next. For the rest of the day, it was if I couldn’t NOT get bit. By 8:00 AM, I had put on four blue fin on the boat, and it was obvious I would be fishing for boat limits.
The Anglers on board were a favorite mix of mine, families from out of stte, couples from Nor. Cal, familiar locals, and strong represent from the San Gabriel Valley.
I ended up handing off eight fish, seven made it to the boat. I was super happy to say the least, and had to remind other, my previous trip out on the boat was a self induced skunk.
Thanks again to the crew and Captain, a dream day realized. 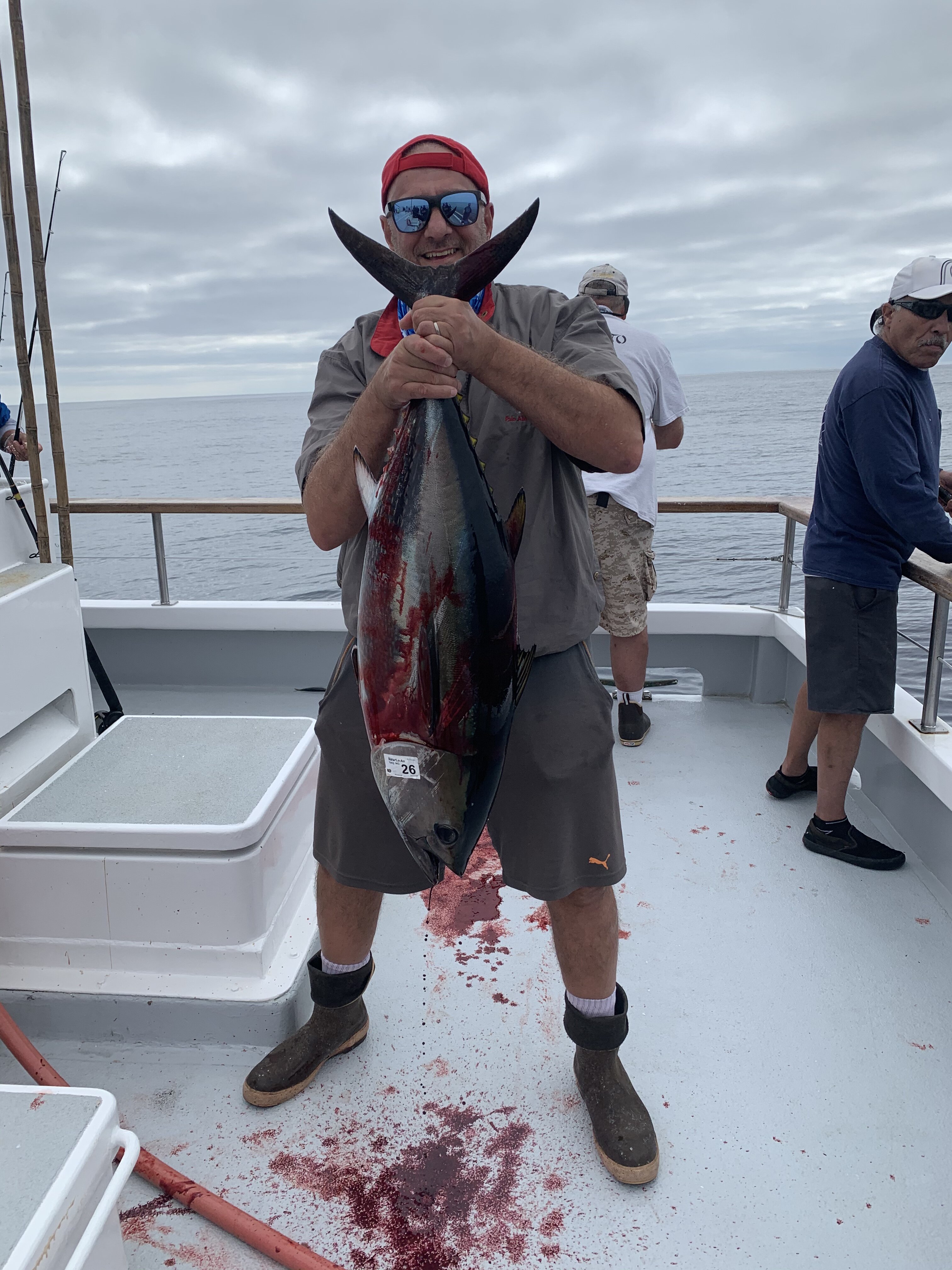 Thanks for the report!
Reactions: Ctony.clark
Upvote 0

Thanks for letting us know how many you handed off

Might of missed it, but what date(s) did you fish?

SaltH20Angler said:
Might of missed it, but what date(s) did you fish?

Left Sunday night The 30th, got back this Morning
Reactions: SaltH20Angler
Upvote 0

You were quite the busy guy.
Great handing off fish.