Left Tuesday evening on a limited load 1.5 day aboard the Shogun with my Wife, my Son, and my two fishing buddies (one my Bro-inlaw, one a long, long time friend). Boat got bait while we all checked in, we left the dock at 7pm and headed south, way south.

Once again it felt great to be free of the crazy ashore. We enjoyed a beautiful sunset and a small bowl of crazy good beef stroganoff. Seas where calm with a light roll as I finished some rigging. It was going to be mostly 25lb set-up and maybe 50lb sinker rigs and flat falls. I also brought some bigger stuff that wasn't needed.

We talked some then hit the rack about 9pm to make it to 5:30am breakfast. My son decided he wanted the bottom rack though he could barely fit.

Breakfast was huge, more than any of us could eat, but it was outstanding. Hit our first paddy just before 7am and got a good hit on yellowtail and a few dorado. My buddy scored one of the dorado's and both caught several yellowtail. My wife caught a good yellowtail and so did my son.

I didn't fish, I helped them. Once I casts my Wife's baits out I stayed with my son, he has some special needs including mild Cerebral Palsy which effects the motor skills in his hands. My wife hasn't fished in awhile and forgot how hard they pull. My son had a smile that wouldn't quit.

We had a small hit on Bluefin but the Big Bonita made it difficult to get to them. A couple Yellowfin stops one short lived one a longer pick bite. The Captain helped my wife out and she caught a nice 20lb Yellowfin, she's caught much bigger in the past but it gave her a work out on a 9' jig stick and a little Torium. My son caught a 20lb Yellowfin too, he also caught a nice yellowtail on one of the last stops of the day, that kept making runs into the weeds.

It was a decent trip. All four that fished out of the 5 of us caught fish. As usual, my Wife out fished me. Never really had a wide open bite, it would have help if we had (doesn't it always).

I've fished with Captain Rene a few times, fishy Captain who goes the distance. He's soft spoken and was easily the most helpful crewmember when he was down working the deck. Several times I had to ask other crewmembers to help my wife out (I was with our son), kind of a pet peeve for me and one of the reasons she only goes on a long range boat with me, even if only a 1.5 day. She always outfishes me but doesn't fish often and needs a hand especially with casting. Long range crews are usually overly helpful. When I was on the Searcher 2 weeks ago they were very helpful with people.

The Chef was amazing, I mean amazing, but could have easily cut portion size a little. He was by far the most sincerely friendly crewmember. Bob Marley (not his real name) was very entertaining on the bait tank and took a couple pics for us.

Fishing, light line and small hooks down south right now. Sinker rigs worked a few times, basically if my son and I were fishing the sinker rig, they hit the flylined baits and as soon as we switched to flyline they hit the sinker rigs. One or 2 came on colt snipers and the Dorado keyed in on jigs cast towards the kelp (how my fishing buddy got his). Boat is a great fishing platform with pretty good tackle storage. I already have other trips scheduled but will probably look elsewhere when my wife wants to go. 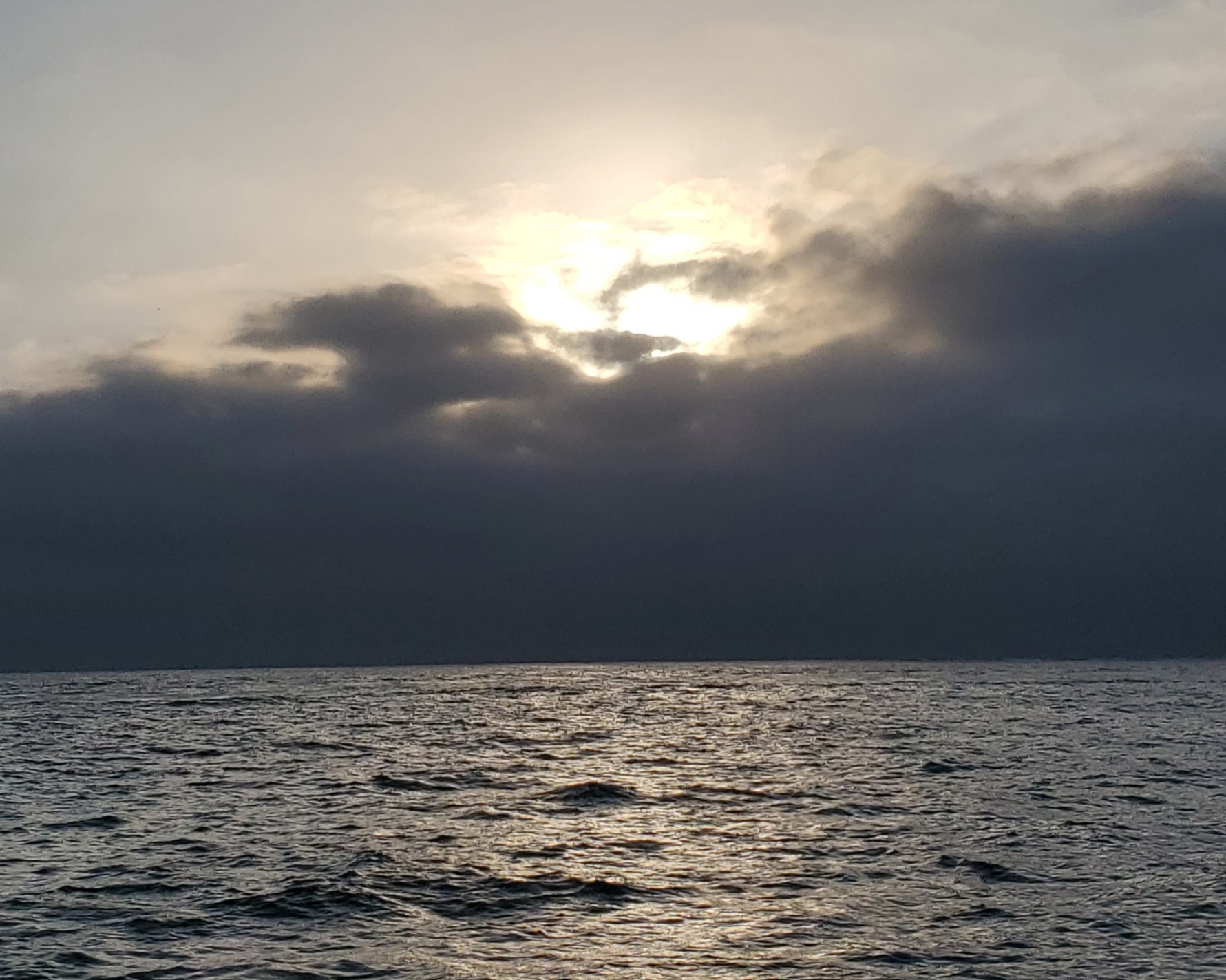 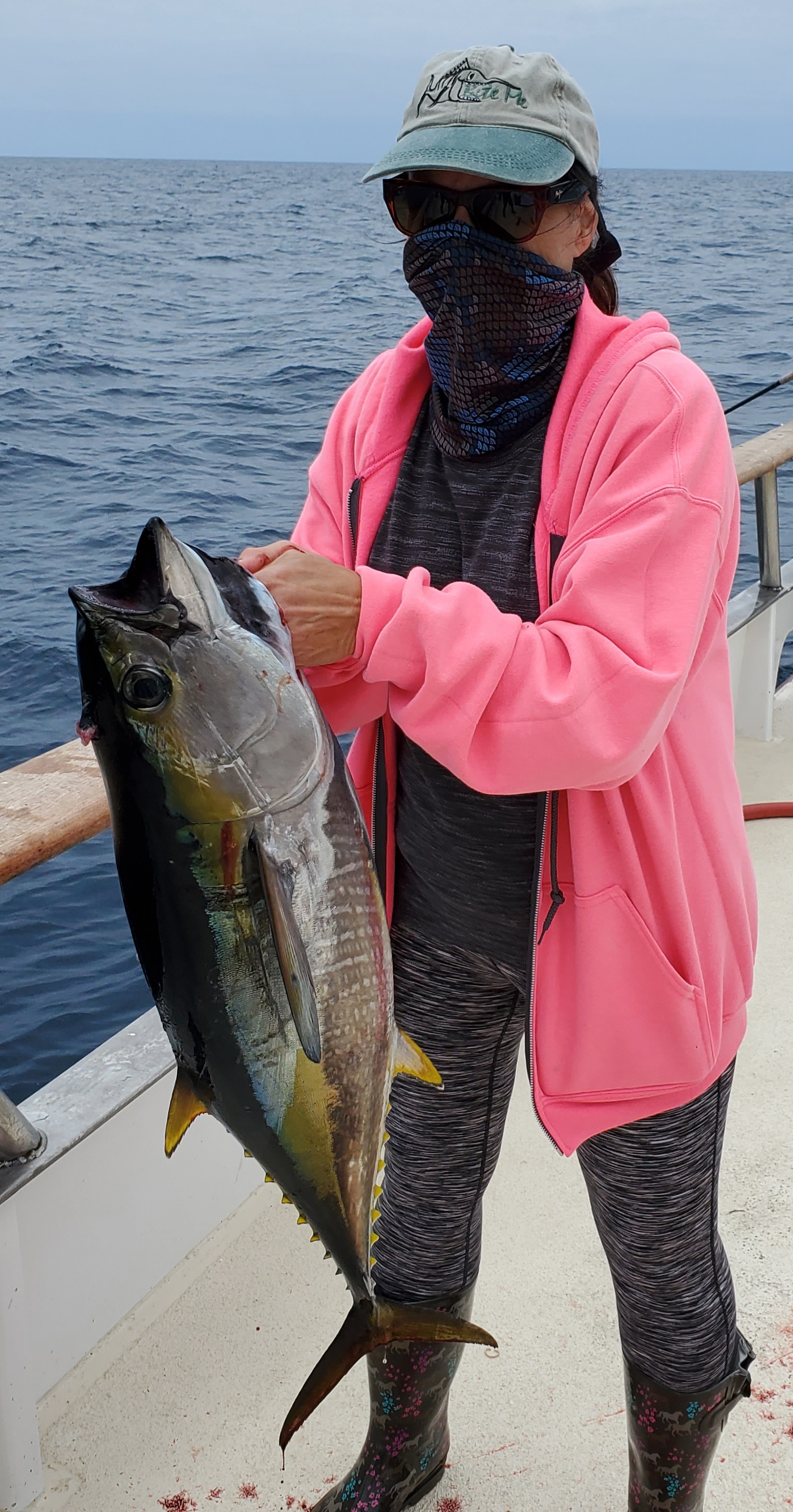 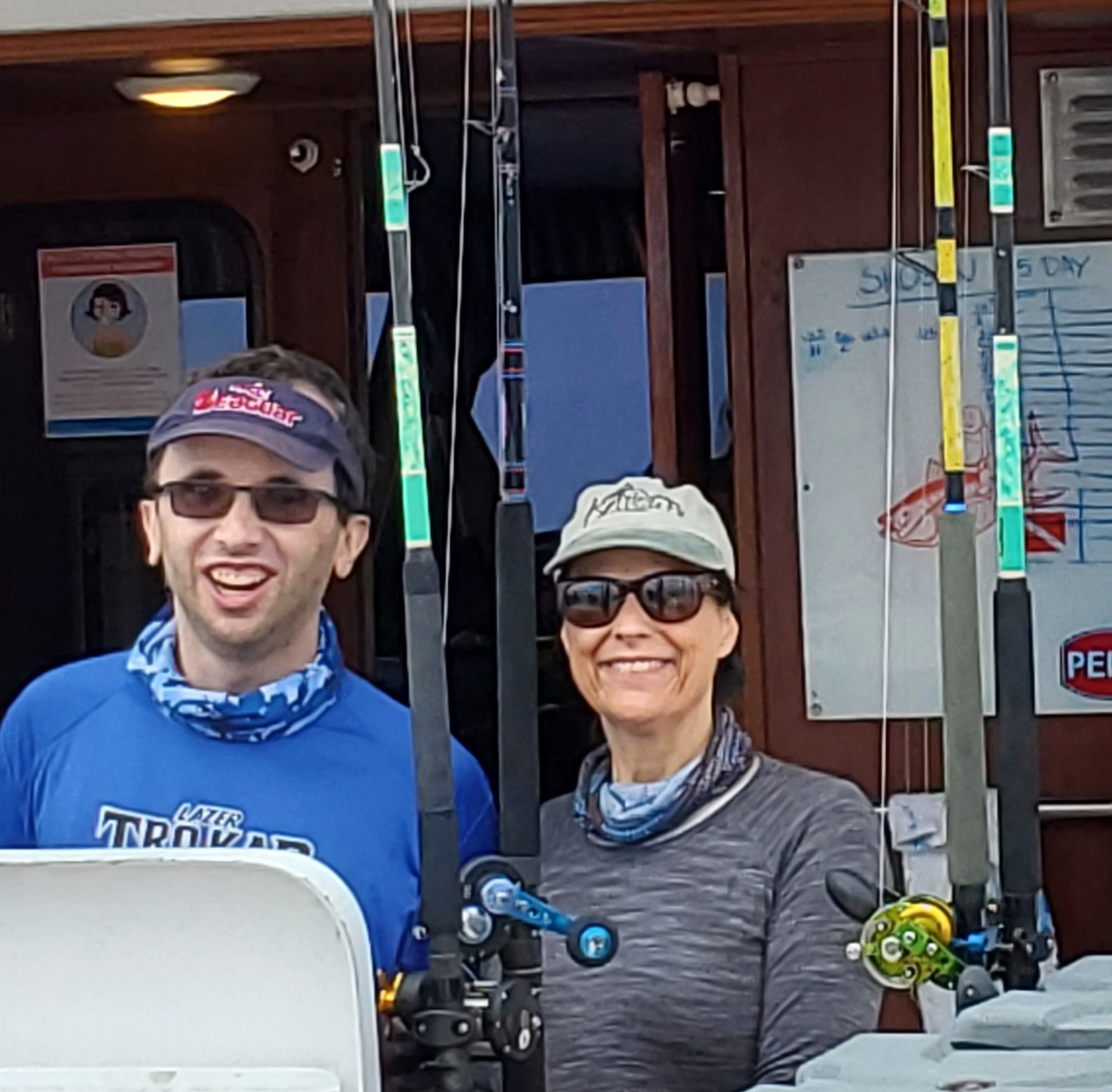 Toggle signature
I retired, now I have less time...

Great family time trip, thanks for the report!
Reactions: king of fools, Olddog8 and dh515
Upvote 0

That's awesome for you and the family. Great memories for all
Reactions: Olddog8
Upvote 0
W

HORRAAY!! Great post....excellent picts.... and the food...lol... hungry now for sure. What a great gift you gave them.... and yourself brother. ALL seem to be having a great time. My hats off to you.... helping all and fishing In between. Takes a great person.... to sacrifice for the good of the others.... at their own fishing expence. Great post.
Reactions: king of fools, Tom123 and Olddog8
Upvote 0

That sounds like a great trip all around. And I get the no fishing thing, it's just so rewarding watching your loved ones catch fish.
Reactions: Olddog8
Upvote 0

Just Awesome . Those pictures are priceless.
Btw- your son has become quite the accomplished angler .

Priceless. Good on you, Dad.
Reactions: king of fools and Olddog8
Upvote 0

This report is very touching. What a great dad and husband! Thanks for sharing.
Reactions: king of fools and Olddog8
Upvote 0
R

Great report and great pictures. Nothing like the ocean for calm and excitement. Great family get together and must have been wonderful to have a day together like that!
josa1
Reactions: Olddog8
Upvote 0

Not a single picture of your son without an amazing smile.

Thank you for sharing your great trip and pictures.
Reactions: Olddog8
Upvote 0

Hey OldDog! Long time no see... Thanks for the report. Looks like a good time was had by all! PM me and let's plan a trip for next year.

Upvote 1
D
look for recommendation for 1.5day boat for first week of May