California currently has some of the strictest gun laws in the nation, yet gun violence caused by criminals, gang members, and those prohibited from purchasing guns such as the mentally ill continues. California’s Sheriffs are supportive of efforts to enforce the numerous laws already
on the books against those who would use them against our citizens. We are supportive of domestic violence restraining orders, the existing background checks and waiting periods for purchase of firearms.

Unfortunately, this measure would do little to prevent the criminal element from acquiring guns and ammunition via the black market or through theft. Instead, it would place additional restrictions on law abiding citizens who wish to purchase ammunition for sporting or hunting use, retain guns and magazines that are currently legal for them to possess, and pass historical or family heirloom guns down to their next generation. Effectively, this measure will create a new class of criminals out of those that already comply with common sense practices that now exist.

The focus of efforts to reduce gun violence in this state should be on those responsible for that violence, not those that have no intent to do harm. Thank you for your attention regarding this important issue." And from just a few states away... 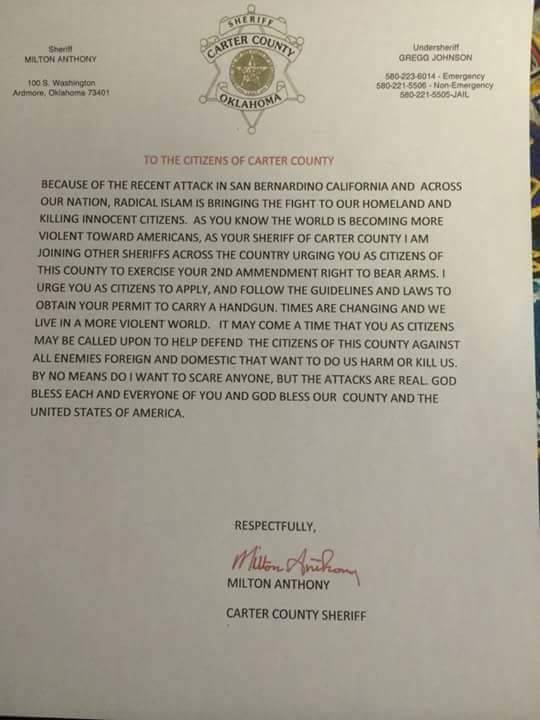 San Berdo Sheriff is on target!

This is the guy who wants to be the next Gov, spread the word this guy is a complete mess will even take this state down more than it already is
Expand signature
Derek
"El Gallo"

Wonder what the Hero of Ruby Ridge thinks about it...
Expand signature