Pro-Tip - If the random road sign says, “SR112 is closed at D. Creek” it means you can ALMOST get to Sekiu but not quite. It is not a NB reference. Take SR101. It’s an easier drive too.

Due to a delayed ferry and a super scenic Olympic drive in, drive out, and drive back thru we didn’t fish day one.

Day 2 up at 3:30 and headed into the darkness at 4am to fish the caves. We were met with a big swell for most of the morning and immediate downrigger problems forcing us to stack for the day until repairs could be made that evening. Hadn’t made the switch to braid as the cable was new. Good reel time but only one keeper.

Day 3 we launched at 5am, which worked for the rest of the trip. Great action and abundance of reel time. Our preferred spot was by the Garbage Can focused at 150-200’ fishing 90. I’ll skip throw backs except this one. Hooked up with a large native that proved to be the most powerful fish I had ever encountered. He took me around the boat 3 times diving at will on full drag. That single hook up would of sufficed for a great trip. Caught and released safely.

Day 4 was another fantastic day. Evening conversations with folks pointed to much success in the bay and caves running the 80-100’ columns fishing 40’-60’. However, our success would again come from the Garbage Can and Slip Point area. Both Day 3 and 4 we got on great bite for at least a solid 2 hrs with random action throughout the day. It was fast and furious then slowed. We again boated 3 keepers, one shy of the boat limit again.

Day 5 the water was brutal rough. We would again get plenty of reel time but only 1 keeper. That was our fault as we found a solid color that worked for us but didn’t sharpen the hooks that had worn dull. Up until this day we hadn’t lost a fish. After two gone and scratching our heads, we made the adjustment with new hooks.

What worked? Day one I fished all sorts of baits. My brother had picked out a pink stripe coho killer and he out-fished me 10-1 that day. Truly amazing contrast. That evening I got one and we both used it for the remainder of the trip.

Big Fish were coming back from NB daily. Most folks were catching fish in Sekiu. So far as I can tell fish were everywhere. 40’ 60’ 90’ 120’ in pretty much in any water column. It was better than the previous two years for us. A lot of activity. A bit different this year as no one was fishing the 250-300’ column.

At the end of Day 5 we enjoyed the annual post 4th fireworks show from boat dock. Super cool.

I guess everyone caught all the fish in A7. That was quick. Shrimp Thursday and then get on A9 ASAP. Hard to believe they closed with all the fish out there. They seem abundant this year, which is good. 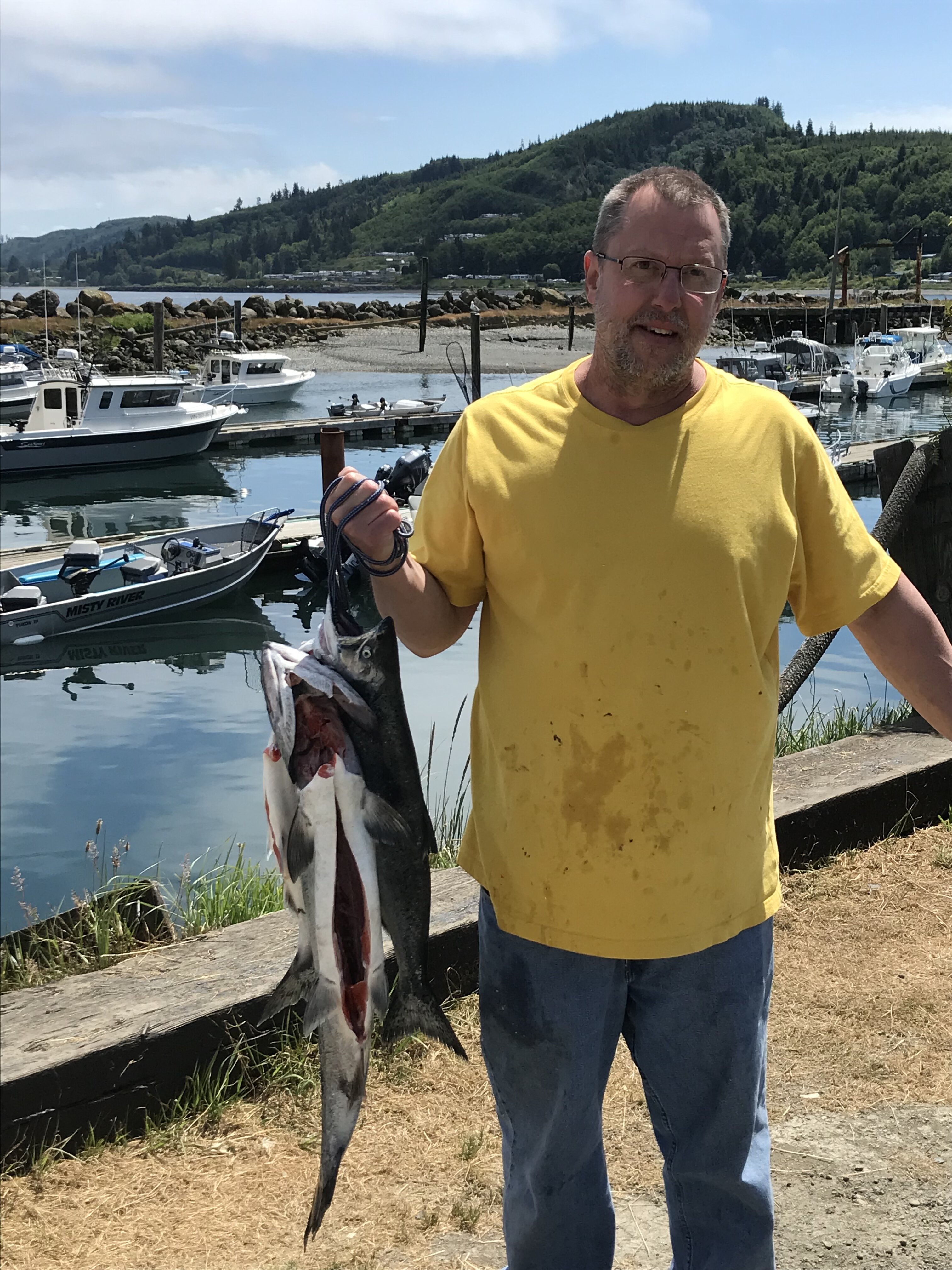 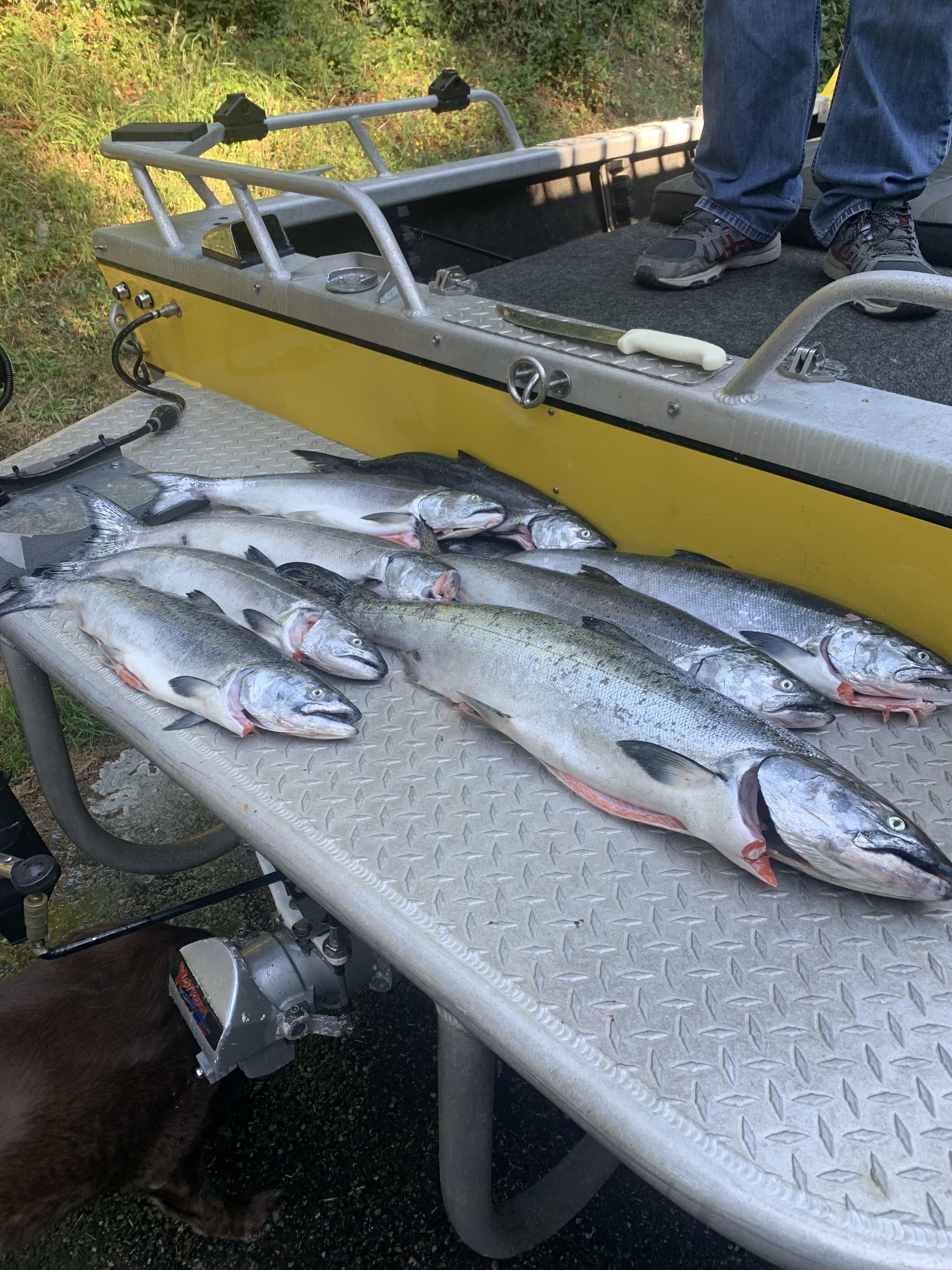 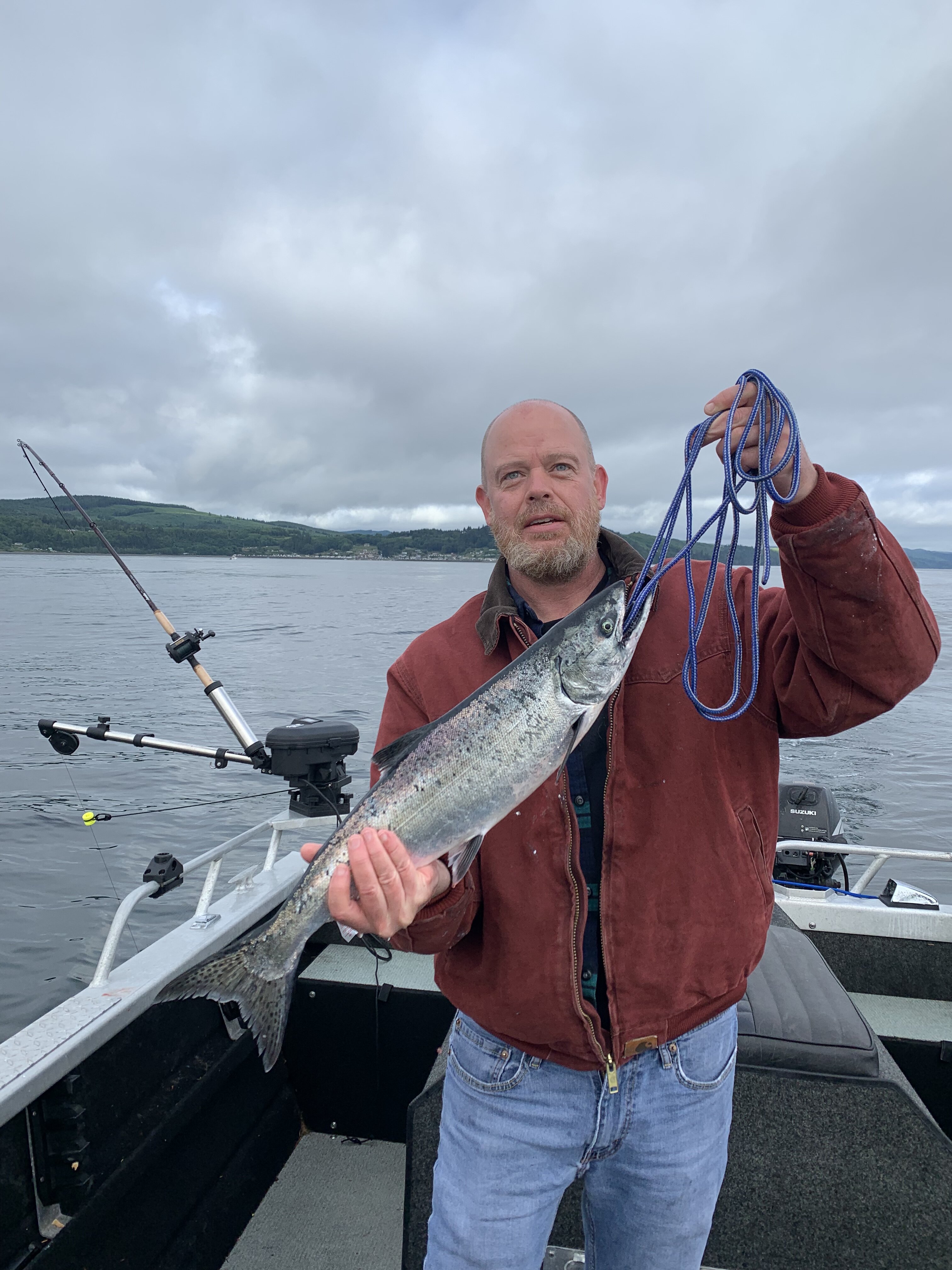 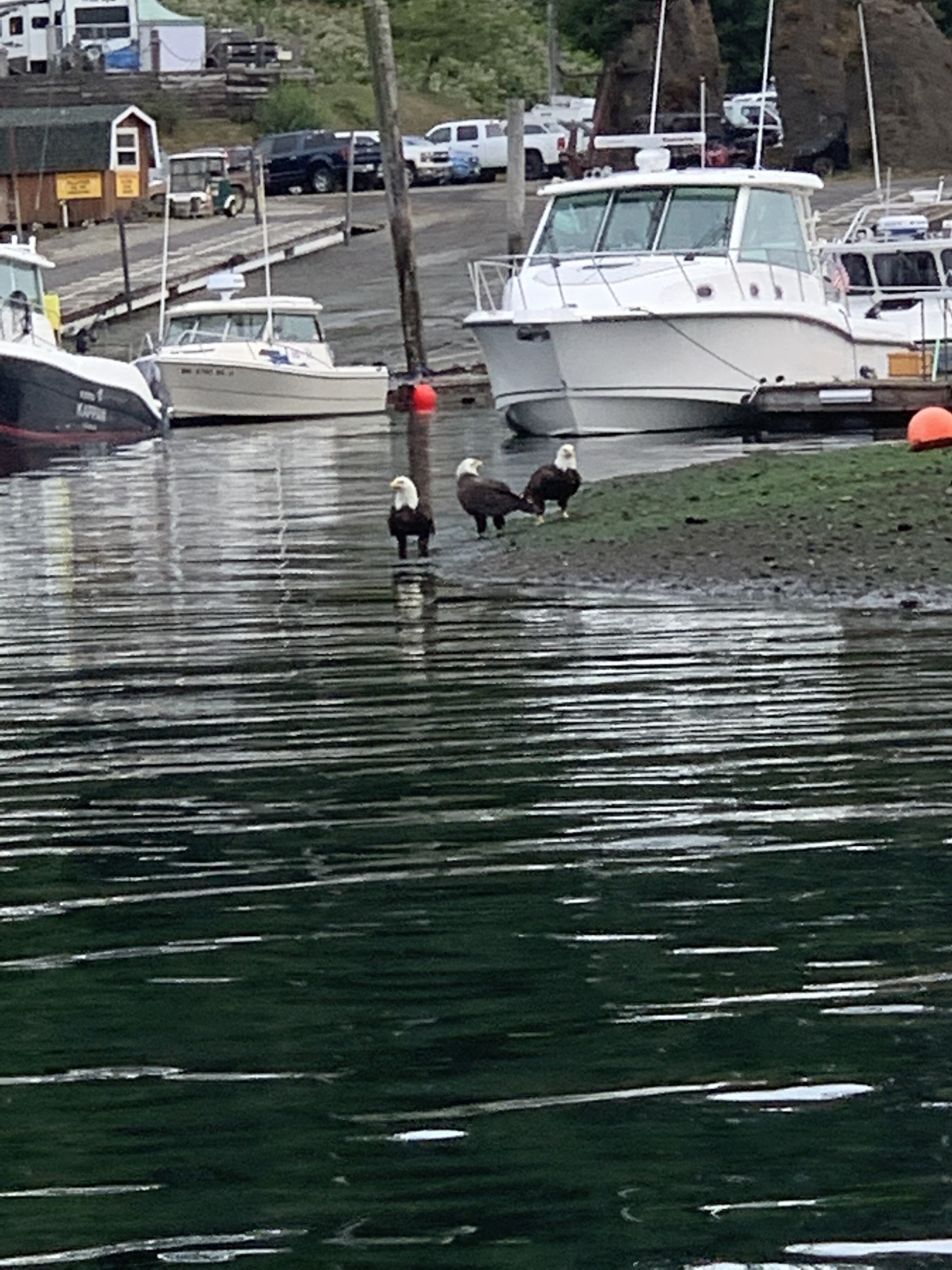