I know i'm a week late, but just getting back into the swing of things at home. Not much of a report but might help anyone headed south in the next couple weeks. Got to San Jose and checked into the hotel for 6 days 5 nights with plans from Wednesday night through Monday all involving my buddies wedding on Saturday. Myself and two other guys in the wedding were the first ones there and I got a text in the cab on the way in that said "we are going to the marina, going to try to fish before sun down" So of course I said wait up. Gave my bags to my lady, through on boardshorts and jumped into the cab with them towards the marina. It was 2:45pm when we got to the marina and had no clue who to talk to so we walked to the washdown to try and find someone interested in taking us out. A cool guy named Toro chatted with us and asked why the hell we wanted to go out so late, but that was the only time in 6 days we had to fish, so he said he couldn't head out at the moment, but would call a buddy and try to get us out ASAP. We agreed to go out til 6pm and he had a guy on the boat ready to head out in 10 minutes. We beered up and headed out towards the Palmilla point.

There was whales, and life EVERYWHERE so as soon as we pulled up to the point we went at it throwing surface irons, yo yos, and live bait. Had one hit on the surface iron, but that was it, so we moved further up around the point towards the pacific. Came up a bit more shallow and fished the 80 - 100 foot range and slow trolled a few live baits while working the surface irons. Things were looking grim but the sunset was so good and we had beers so we didn't really care. Our captain basically gave us free rain of the boat and all his fishing gear, but told us they had no luck on anything but surface irons lately. I said we should at least try to cover the water column with the live bait we had left so i tied up two Carolina rigs. One with 2 oz and one with 1oz. Dropped those out and within a few minutes my buddies rod that was on the bottom goes bend, but the fish wasn't giving much. I called for a bottom fish of sorts, but he said he thought it was a yellow. Got it to deep color and it ran in the true Yellow fashion, screamed back down to the bottom quickly and it made for a fun fight. He landed it pretty quickly. I gilled and gutted it and threw it on ice as we headed back in. Our captain chuckled about how we wanted to do all the work and said we were welcome to run his boat anytime haha.

Filleted the fish at the docks and walked up to "George's" restaurant and asked if they would prepare the fish for us, and we'll be back with 8 people at 8pm. They knocked it out of the park with ceviche, sashimi, cooked cajun style, and grilled. With sides of veggies, rice, beans, and tortillas. It was one of the best dinners i've ever had.

Tried to get back out the next day, but golf was on the docket. And that was a blast as well.
The companies name that ran the charter boats is Serial De Pesca De Orilla BCS. Would definitely fish would them again. Long report for one fish, but had such a damn good time I felt like I had to write it up. Cheers! 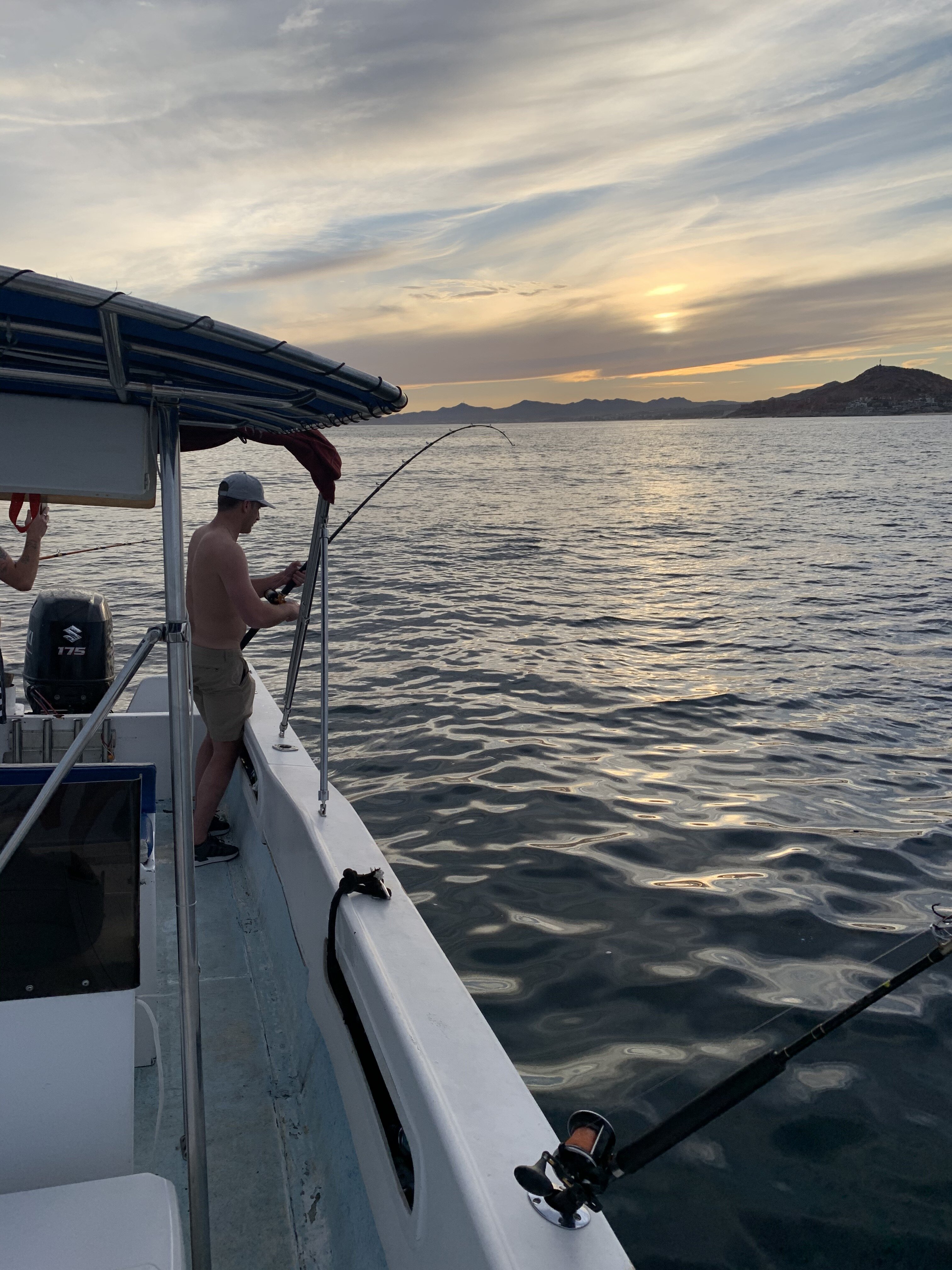 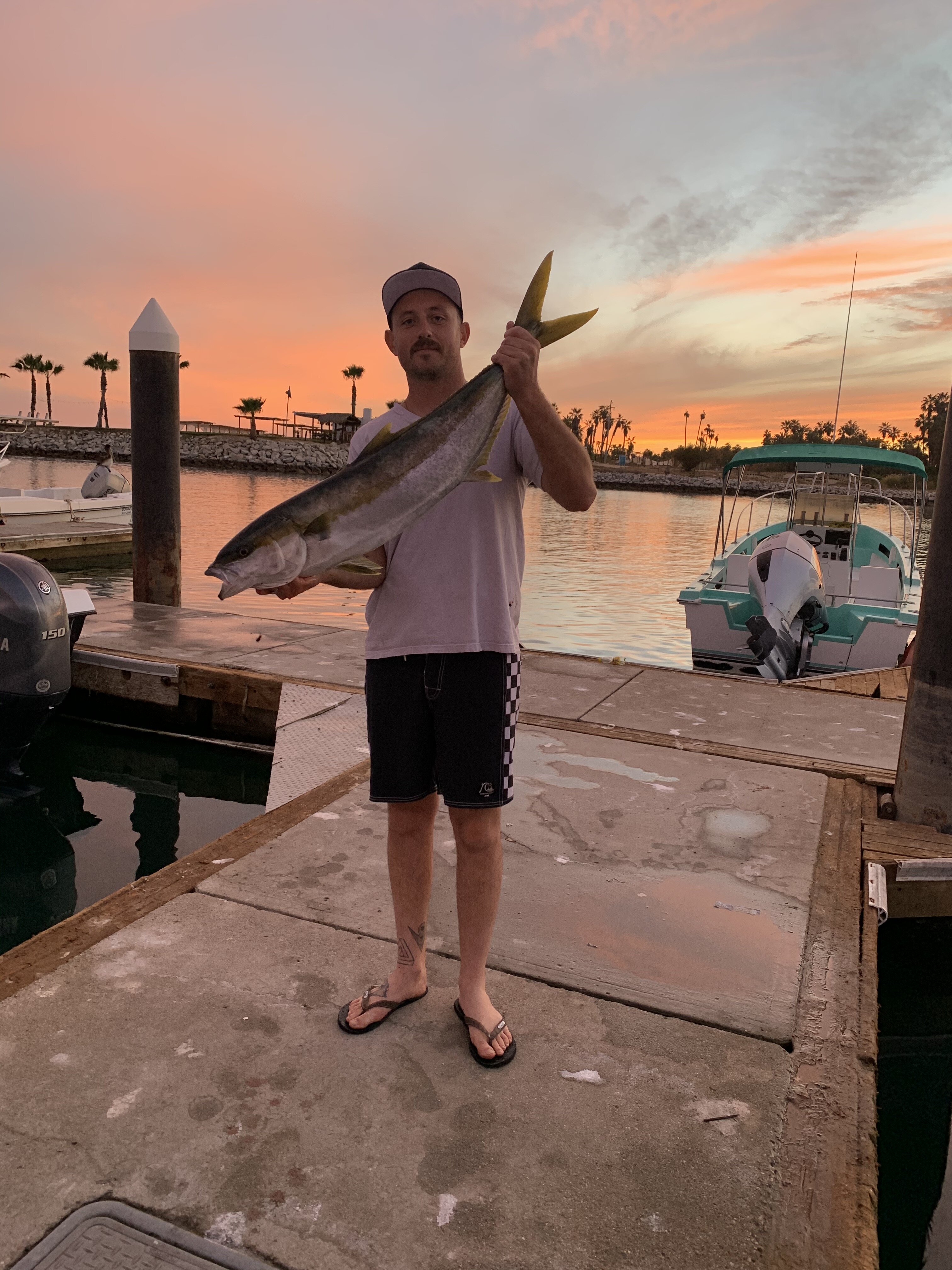 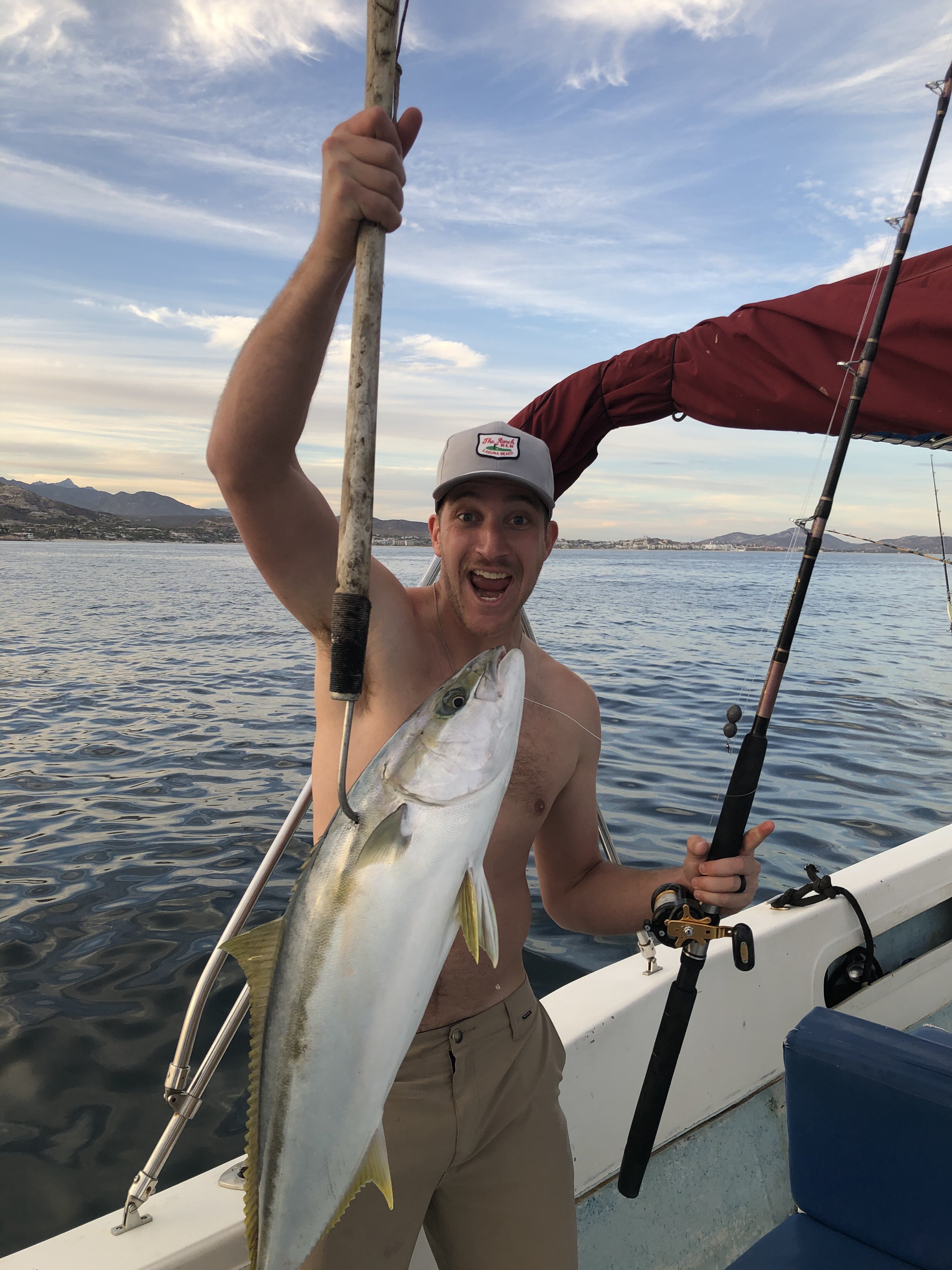 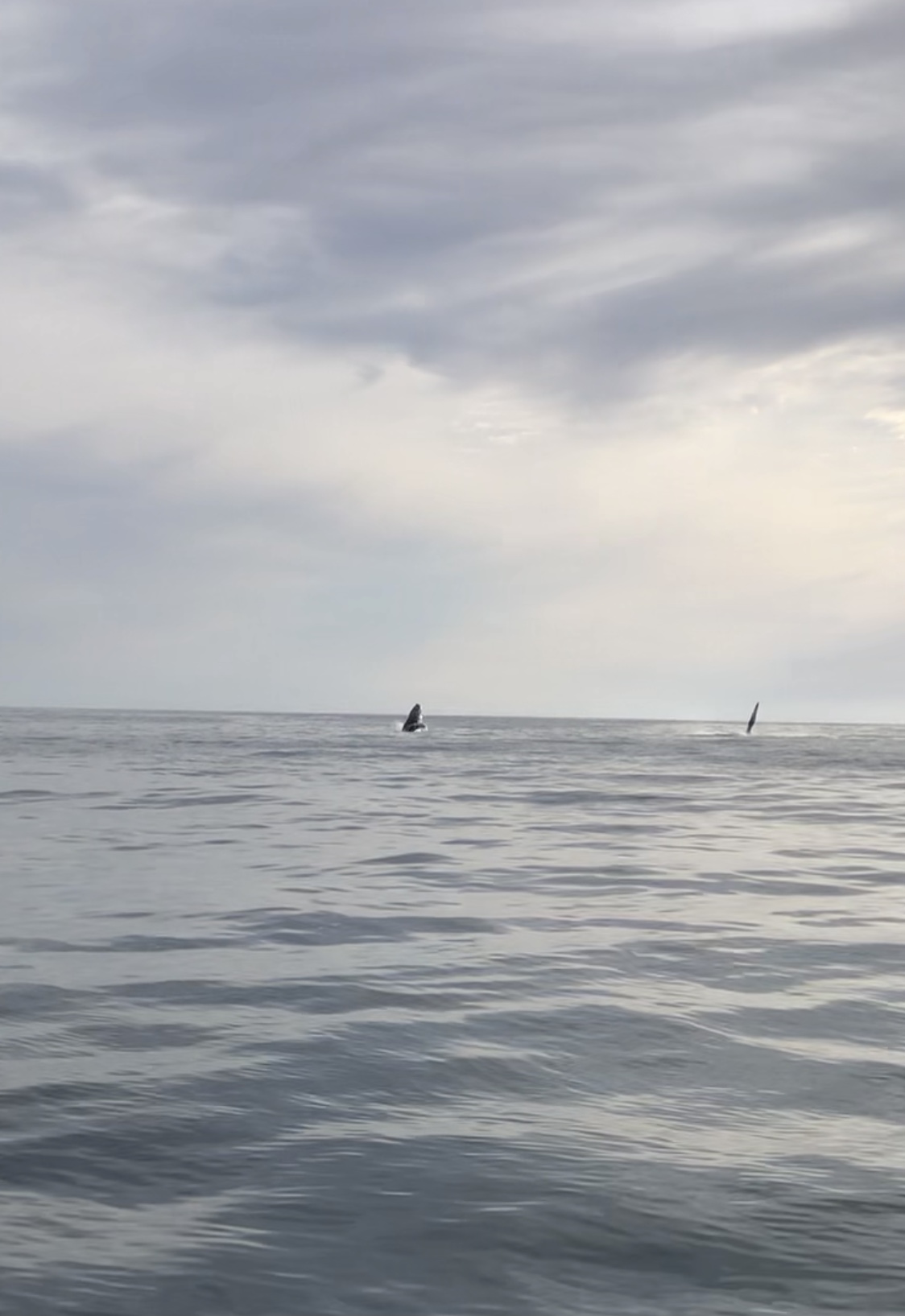 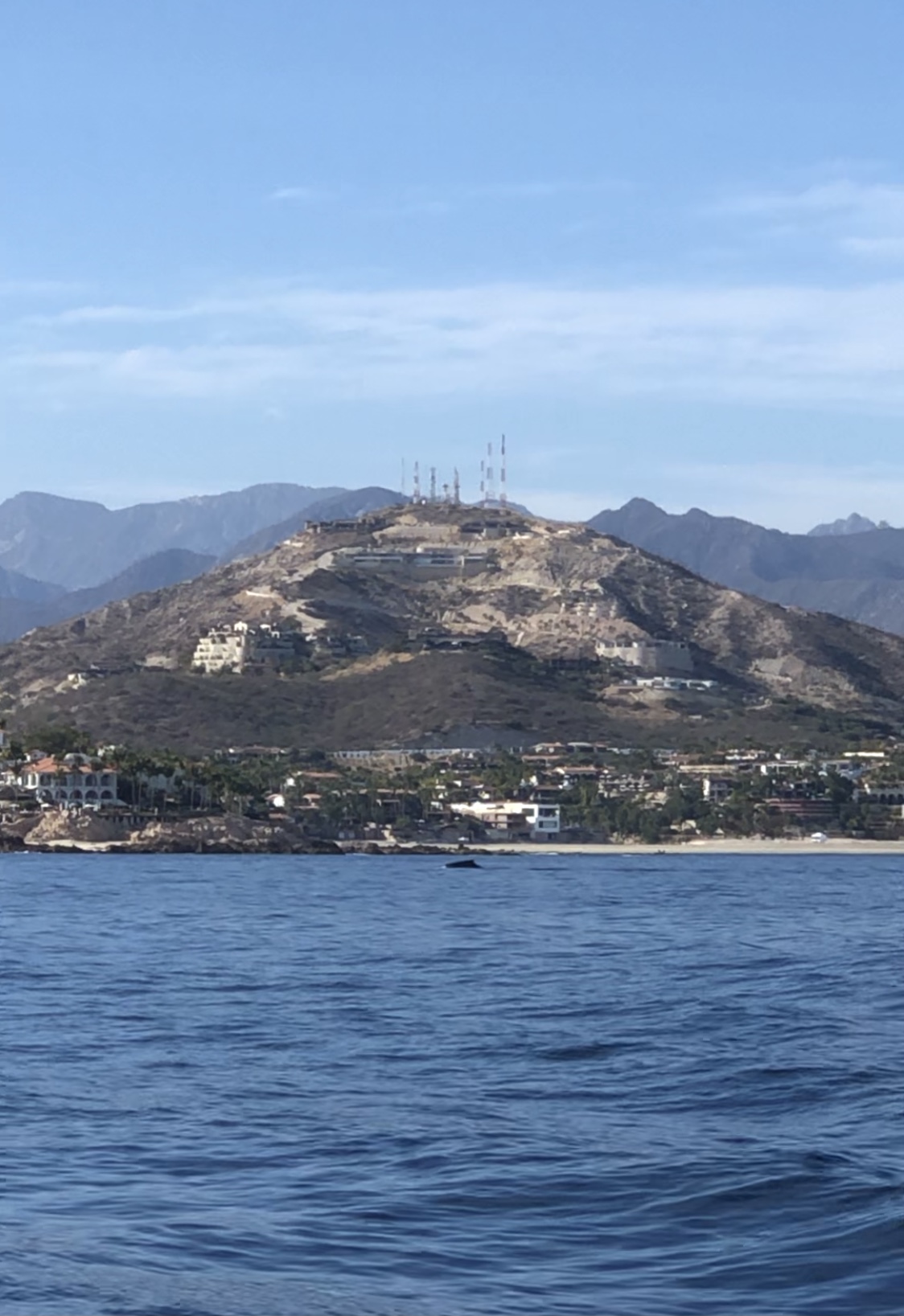 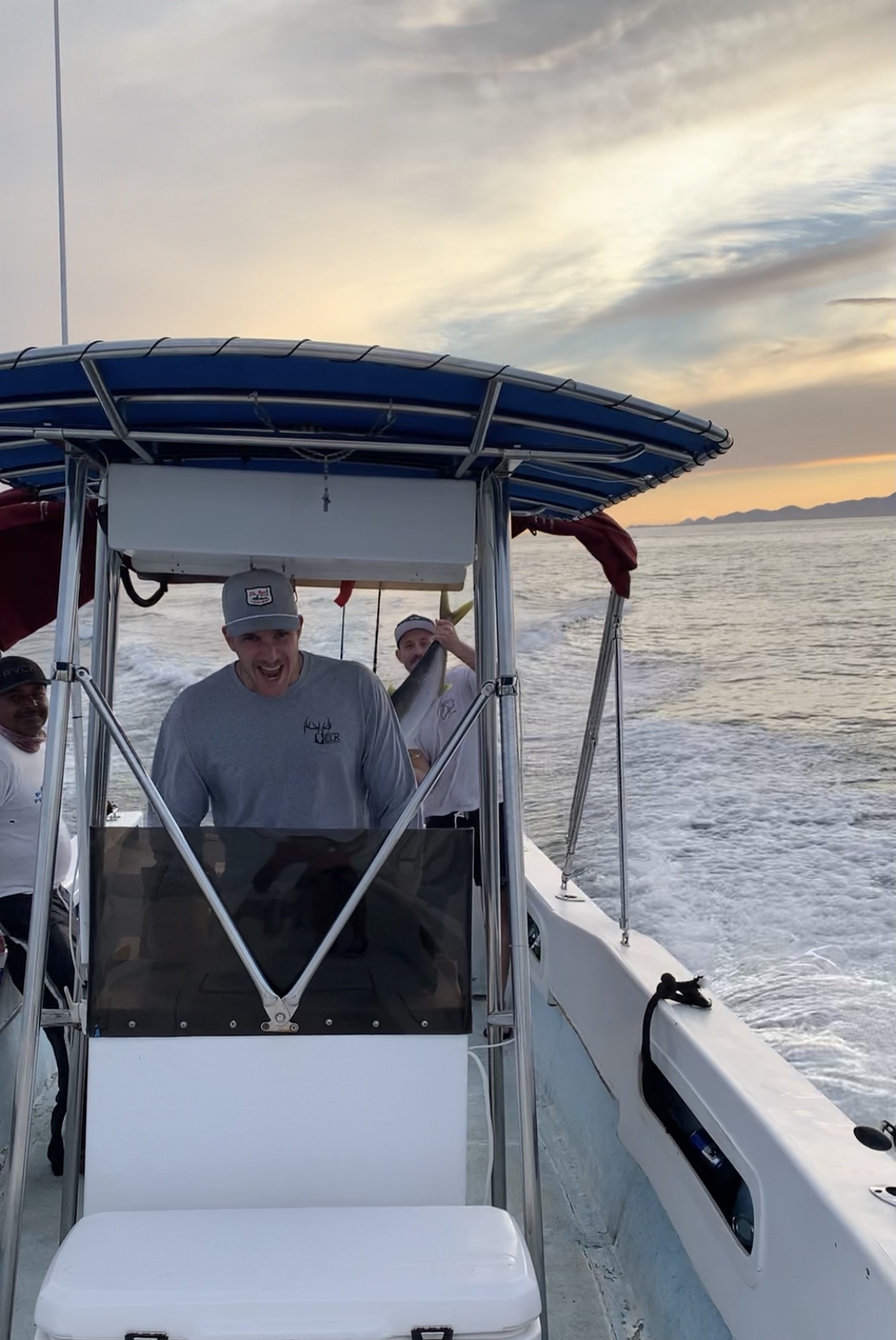 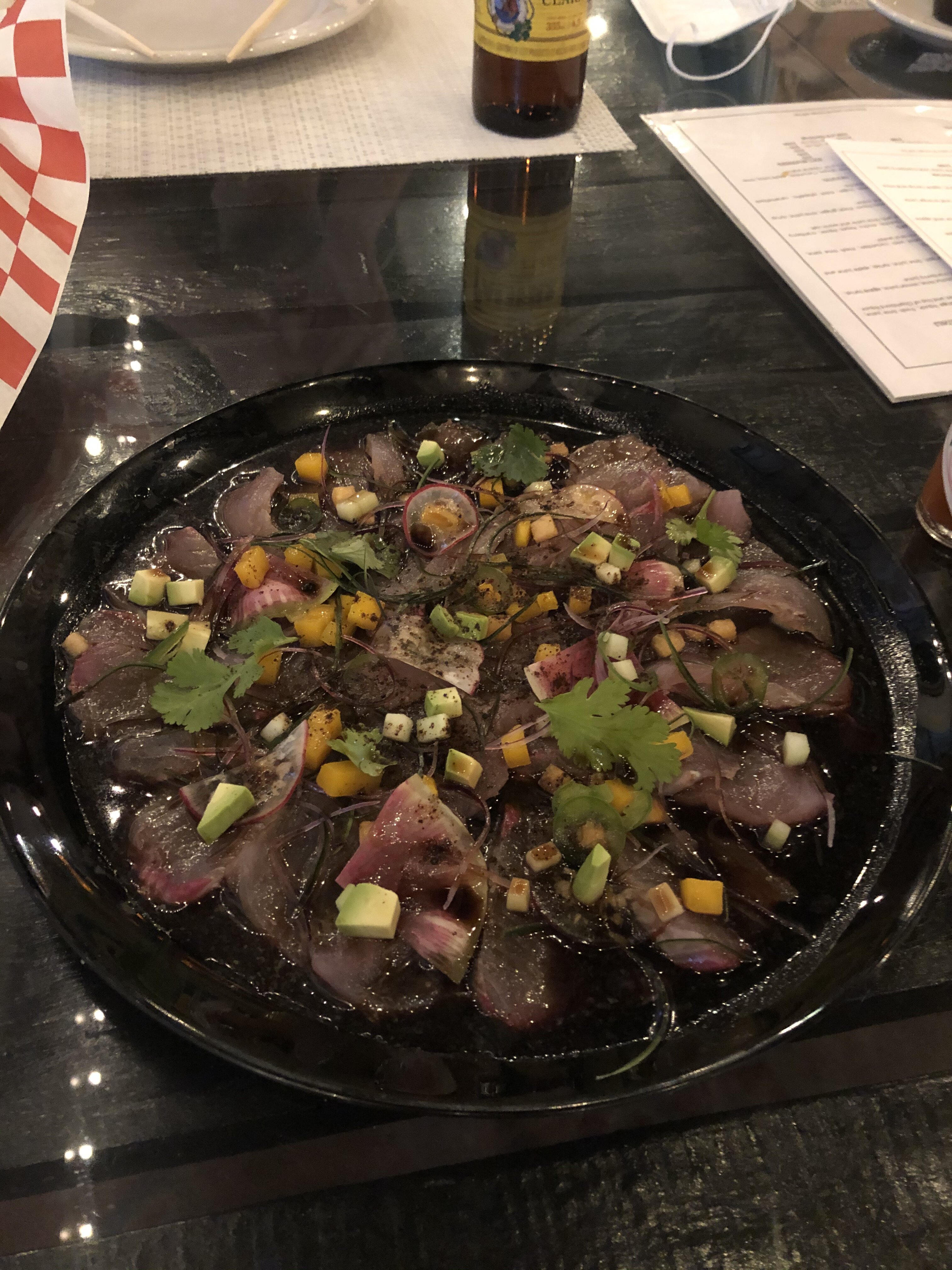 Toggle signature
"When beholding the tranquil beauty and brilliancy of the oceans skin, one forgets the tiger heart that pants beneath it; and would not willingly remember that this velvet paw but conceals a remorseless fang." H.M.
Upvote 0

If the damn rain would go away I’d be all over it!
Upvote 0

Very cool!
Toggle signature
Never let the truth get in the way of a good story!

Good stuff! Great story and pics. Georges is a great restaurant.
Upvote 0
Show hidden low quality content
You must log in or register to reply here.