We had Captain Matt behind the wheel this trip. With the recent spotty Bluefin fishing and the insurgence of Yellowtail offshore our game plan was to paddy hop, and obviously stop on any tuna in our path.

After about a 2 hour ride out we start to see some paddies. Each one we stopped on was holding fish, but we never did find one with the mother load. Stop and go fishing throughout the day with fun and steady action where we would pull anywhere from 1-10 fish on each paddy. A few times we had them boiling good off the stern, with sporadic bursts of free swimmers all around the boat.

We cruised past a few trash can lid size paddies where I visibly saw yellows under them, just not enough meat to stop the boat… but they are there. The crew spotted a dodo on one as well.

We didn’t spot any tuna throughout the day, or maybe the crew did and just didn’t want anymore bluefin blue balls. On the way back in Matt spotted large puddling tuna and told us to get ready with our heavy gear, but before we could even get close they sank out.

I ended up going 6/10 on the yellows. Lot of novice anglers aboard resulting in some hellacious tangles. They were chewing minty irons and fresh bait (if you could find one) bait was beat to hell. Very fun trip, summer is here. Hopefully Yellowfin in bulk aren’t too far behind. 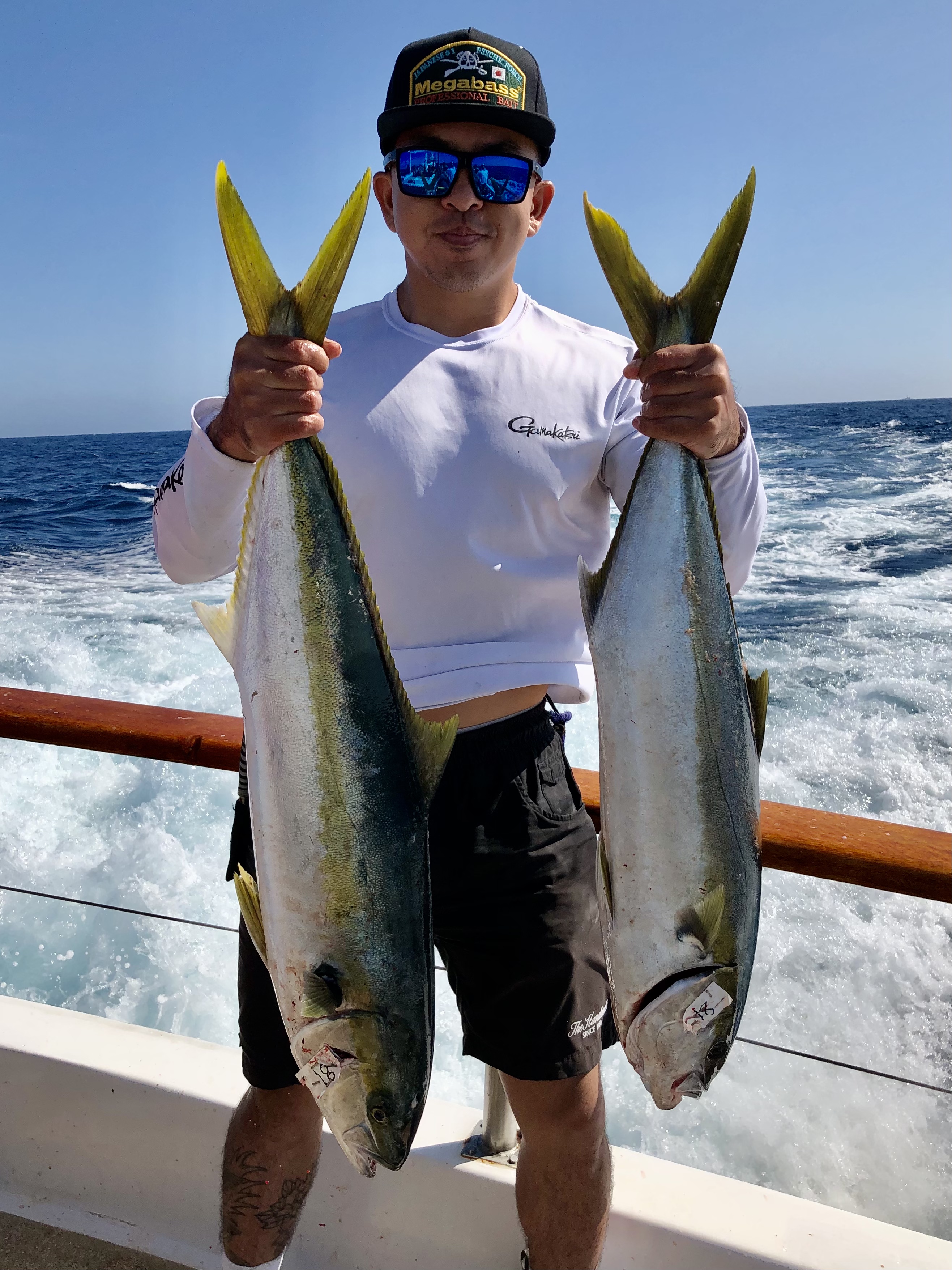 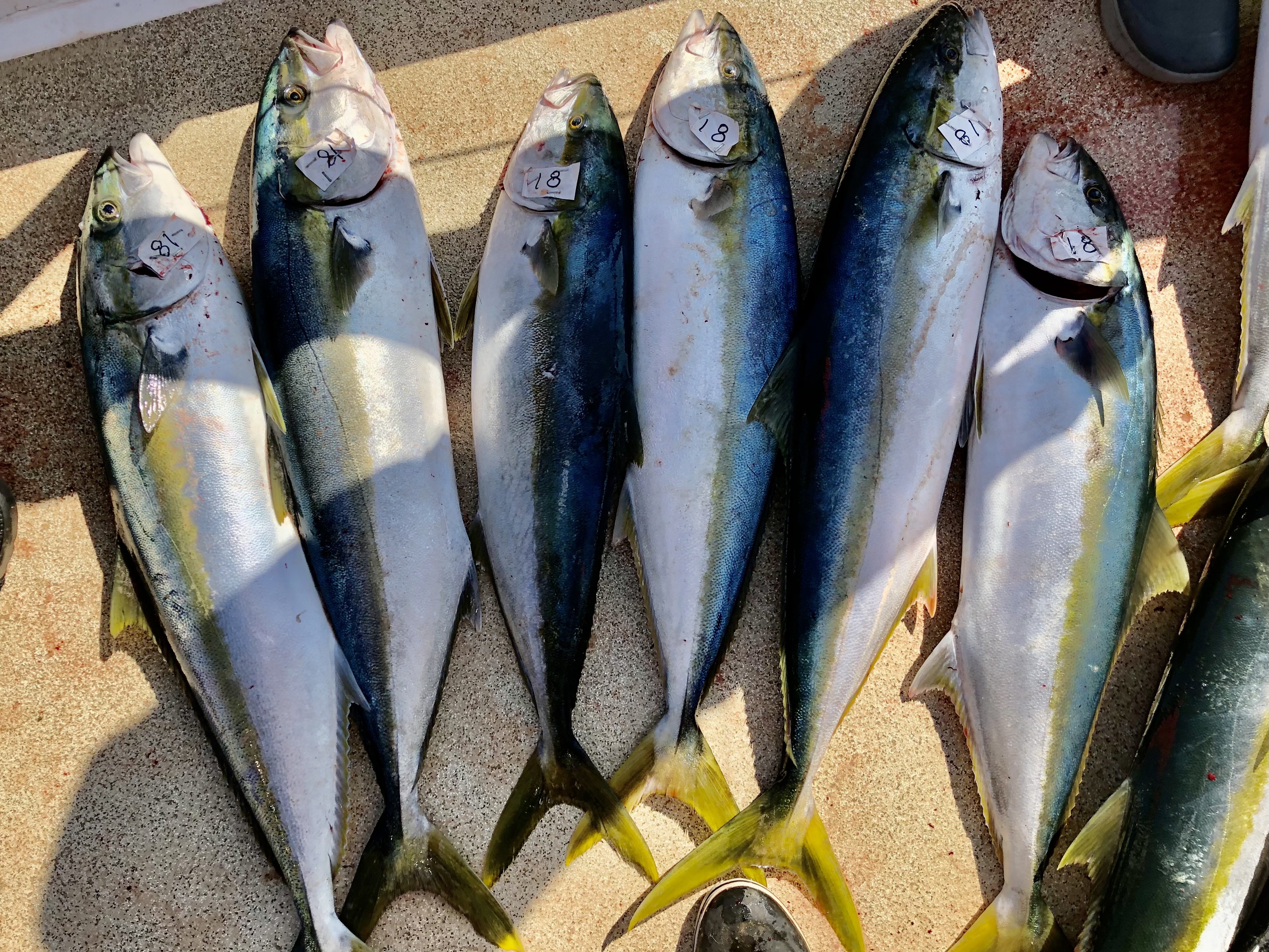 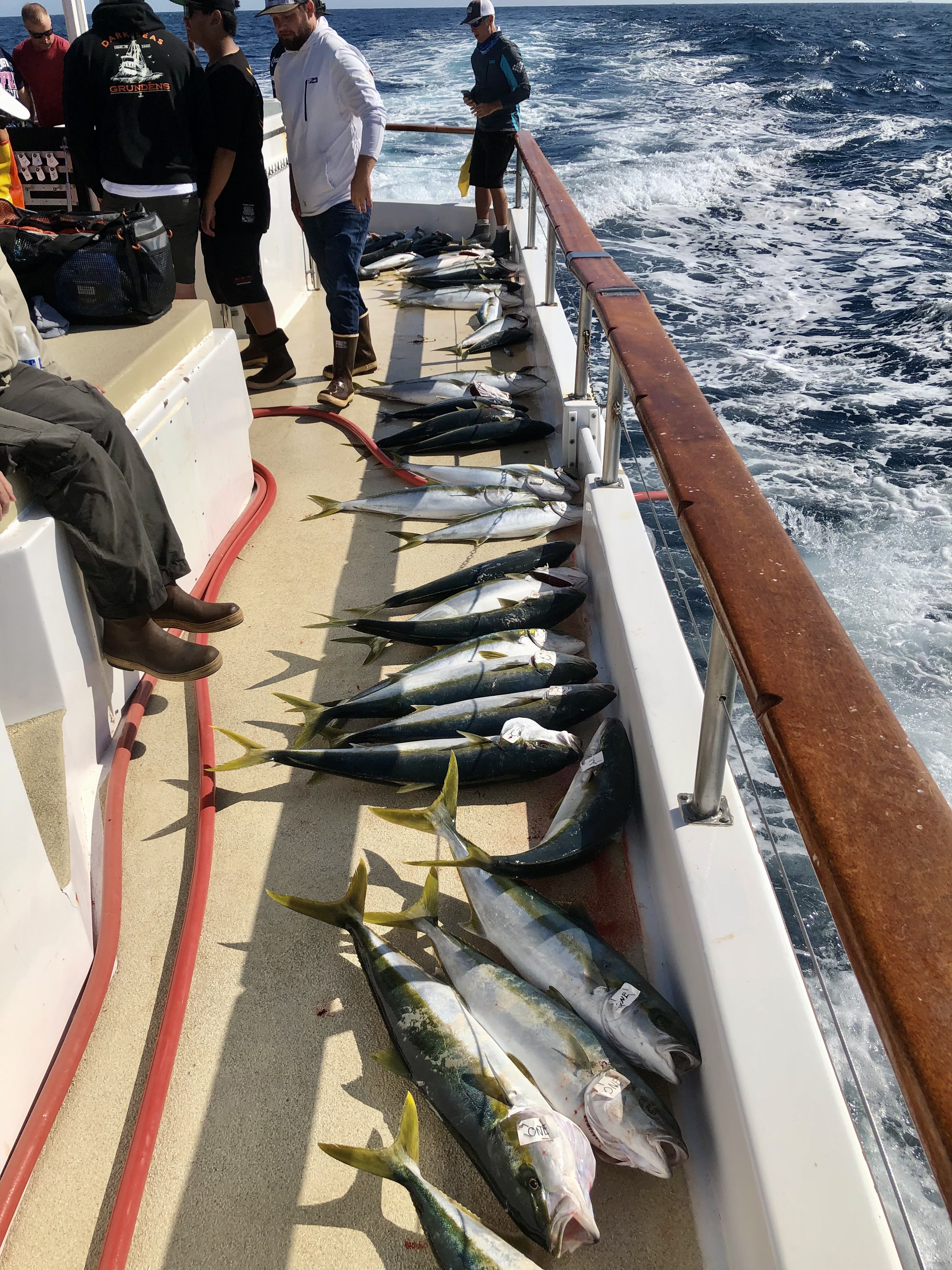 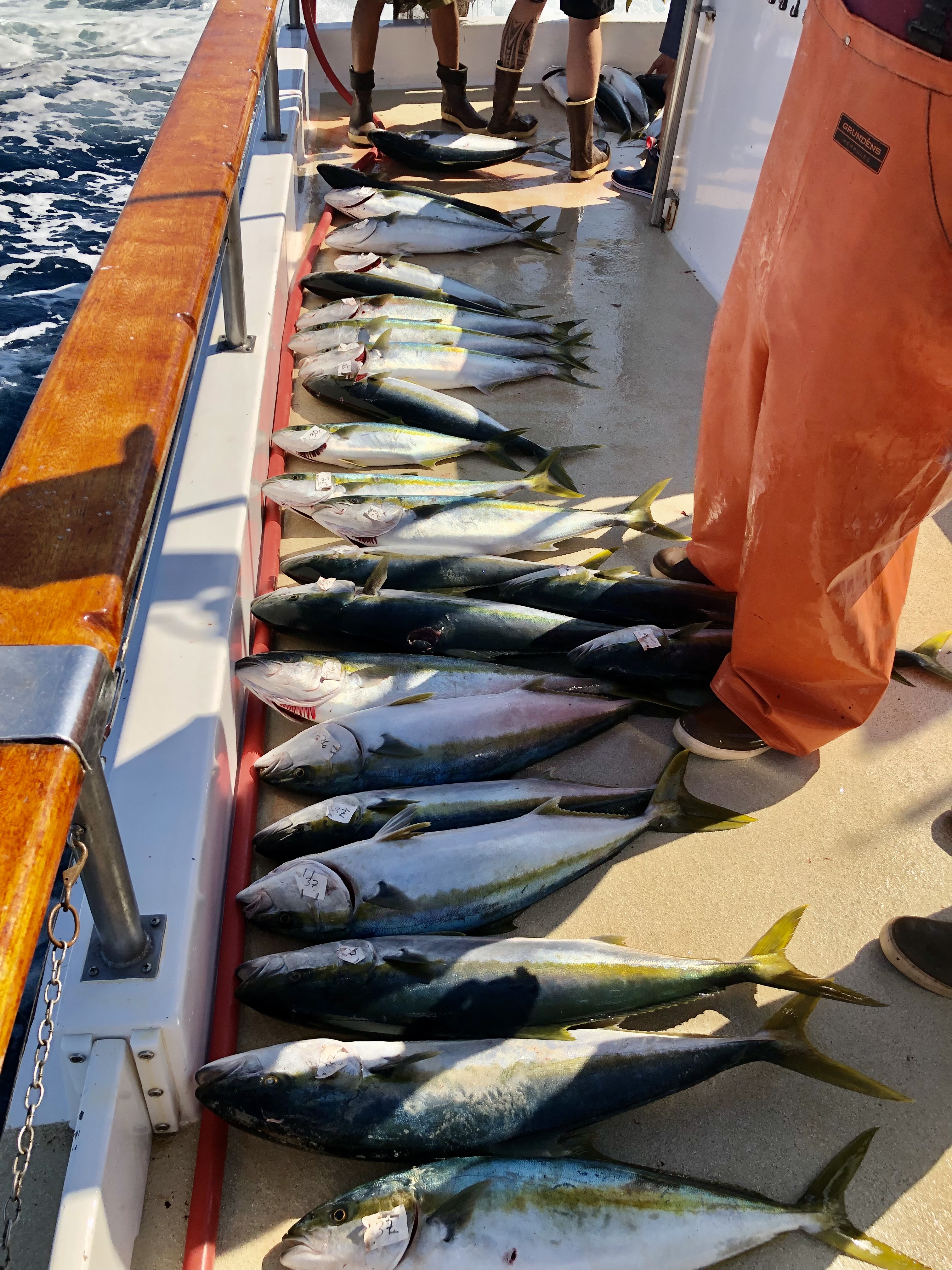 Reactions: Chicken of the Sea, Exodus, Rmpsocal and 32 others
Upvote 3

sick!
Toggle signature
Work to live and Live to fish!

Thank you for the report!
Reactions: Mark C.
Upvote 0

I’m assuming so based on our heading and length of travel, but not 100% sure. But we were pretty close to home.
Reactions: wahoo_92606 and Big_Tuna_
Upvote 0

You got it, every day on the water is a great day.
Reactions: Tunahead
Upvote 0

Appreciate it dude. Shoot this time last year it was mixed counts of BFT and YFT. I love to catch and battle with tuna but yellowtail is most certainly welcomed. Especially if they’re decent grade. Have fun next weekend, hope you wreck them!
Reactions: chilidip
Upvote 0

I was surprised as well. Very decent quality. Caught and released a lot of rats last year on kelps.
Upvote 0

Bluefin for fighting, but yellowtail for eating! Always the first thing I run out of in the freezer.
Toggle signature
Get offa my lawn.....
Reactions: Dbado1, Mark C. and Ahkhuang
Upvote 0

Let's see what you made from the YT!!

I haven't caught any YT this year...yet. Cant wait to get my Hamachi on. Supposed to jump on a Bongos 6 pack rhis Saturday and this is good news even though we probably wont go that far south.

Thanks for the good read.

One of last year's YT treats... 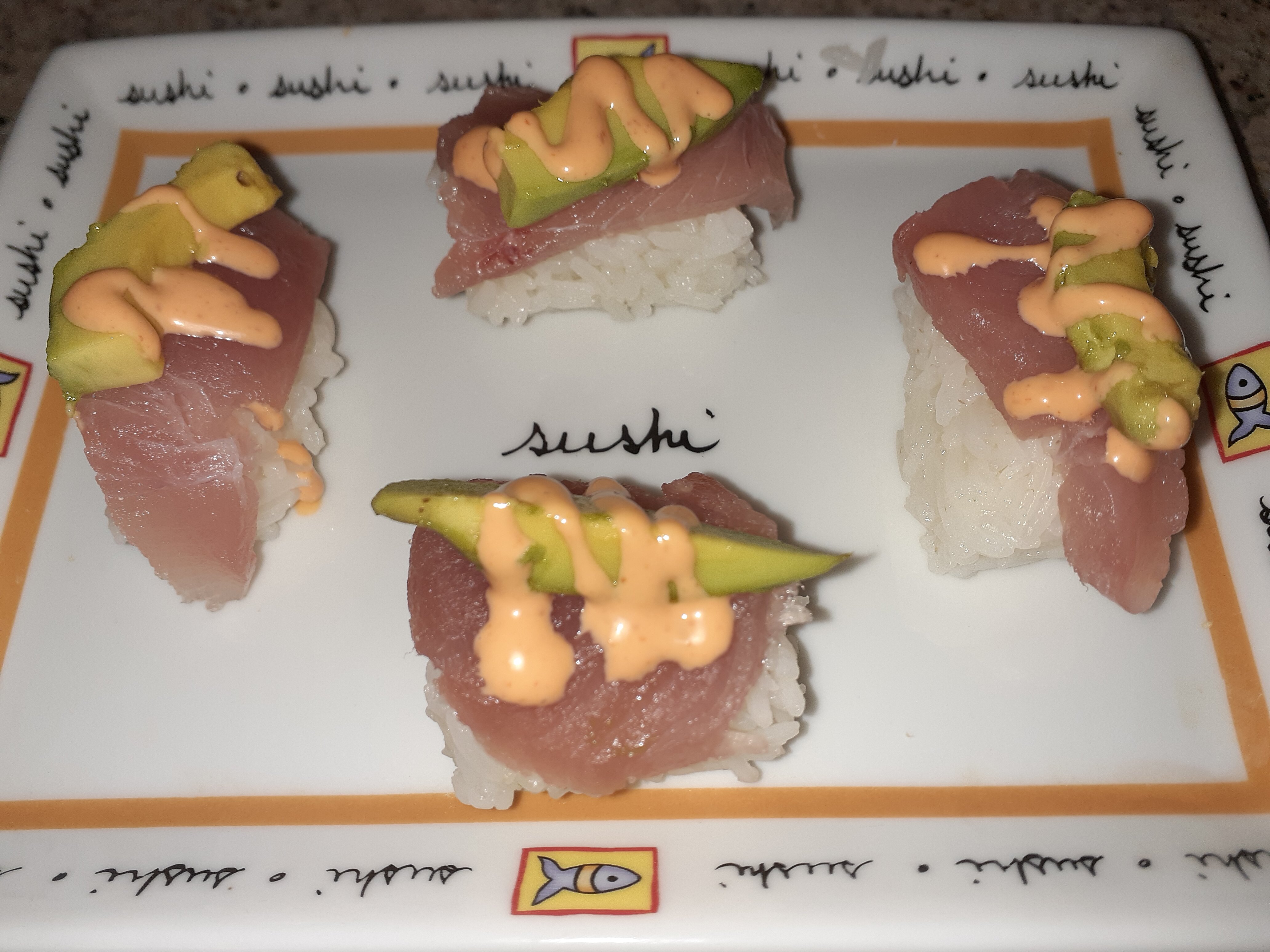 Most likely, an overnight trip will do just fine . No need for multi days.
Upvote 0

Will be going on the San Diego this coming Monday, yellowtails are welcome anytime.
Reactions: Mark C.
Upvote 0

Nice catch. Thanks for the report.
Toggle signature
-AH
I get skunked and I can not lie
Reactions: Mark C.
Upvote 0

SaltH20Angler said:
Let's see what you made from the YT!!

I haven't caught any YT this year...yet. Cant wait to get my Hamachi on. Supposed to jump on a Bongos 6 pack rhis Saturday and this is good news even though we probably wont go that far south.

Thanks for the good read.

One of last year's YT treats... 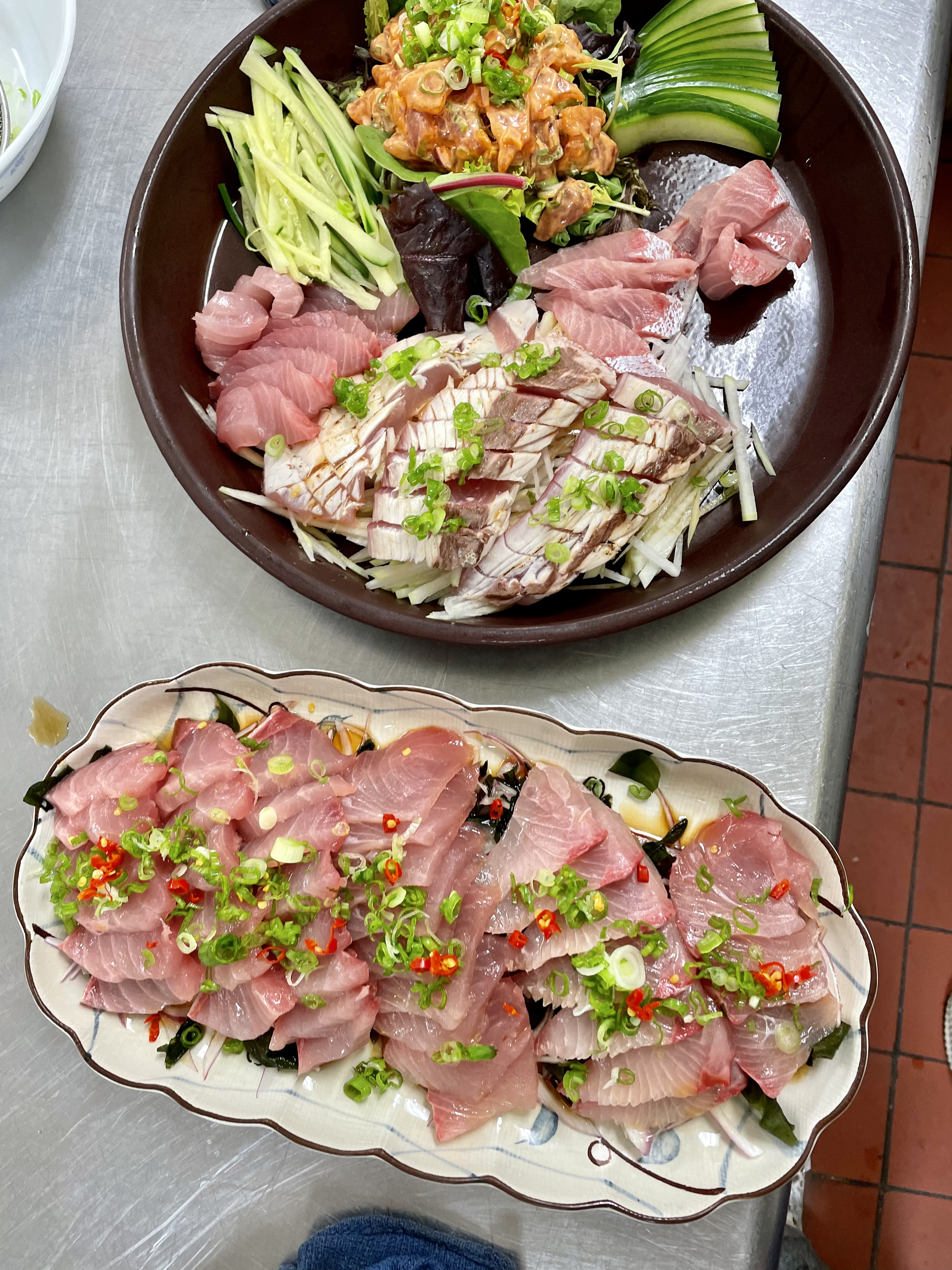 Made by my buddy using some of the fish. Good luck on your trip this weekend, hope you get your yellows with a side of blues!
Reactions: SaltH20Angler, Mateo el Flaco, Rmpsocal and 1 other person
Upvote 0

Abusaade said:
Most likely, an overnight trip will do just fine . No need for multi days.
Click to expand...

Unless wanting to specifically target bluefin, probably gonna have to jump on a longer trip. Or on a boat with a captain with a reputation of being willing to go bft or bust.
Upvote 0

wahoo_92606 said:
Will be going on the San Diego this coming Monday, yellowtails are welcome anytime.
Click to expand...