So we went fishing on the Rubber Ducky, with Captain Lal, Thur. 07-25-19 and crew Mark. We launched out of Davies in Long Beach at 5:45 am. Rain drops were falling on our heads as we exited the flat calm harbor.

There were one foot seas with no wind, the forecast called for 4-5 knots of wind in the morning and 8-10 in the afternoon. So far they were close.

Lal set a course for the pipe in Newport Beach, where Lal had enjoyed more success over the weekend than previous and more recent trips to Izor’s and the Shoe, or even PV, all which have shut down with cold 61 degree water.

Out of the harbor, water temps were 69.5 gradually cooling to 66.3 at the Pipe. It sprinkled most of the way down and continued about 20 minutes after arriving. Fortunately the balmy air temps protected us from discomfort, yet we needed to keep our jackets on.

The meter on our first drift was loaded with fish, almost all of which had lockjaw. We tried various depths from deep to shallow, stones just off the pipe, etc. All these areas held fish, but we could only scratch out 8 mixed Bass for three of us, with most under 12 inches and the biggest being maybe 1.5 pounds. After scratching and banging our heads together for over two hours, we yelled uncle and headed back north.

There are a number of stones along Huntington Beach and Bolsa Chica, and we stopped on all of them. Yep, we stilled metered fish, and lots of bait, but another two 8 inch Calico Bass were added to our totals, sad?

On to Izor’s Reef, where the water temps rose to 67.5, and the water was fairly clear and grey/blue. We spent three hours hitting probably 15 to 20 stones and structure areas. The amount of fish displayed on the meter was insane. Sure there was also an awesome amount of bait in the area, I guess keeping them fat and happy?

The current was unreal, our 1 oz. lead heads scoped out like crazy, and the boat drifted at a very rapid rate. I cannot remember ever having such a strong current with absolutely no wind? At 10am, jackets and sweat shirts were removed and we began sweating! The cooler on board, loaded with cold beer, was raided repeatedly by all of us.

We ended the day a 1pm, with still calm seas and little wind, maybe now a bit of wind over five knots. Perhaps a slight breeze, maybe?

Although Izor’s held a bit bigger Sand Bass and a few Calico Bass over two pounds, the fish didn’t want to play much anywhere. We ended the day just over 30 mixed Bass, maybe 75% Sand Bass. I managed to catch and release a nearly four pound Sand Bass, whereas Lal caught and released a 3.5 pound Calico Bass, our only picture fish: 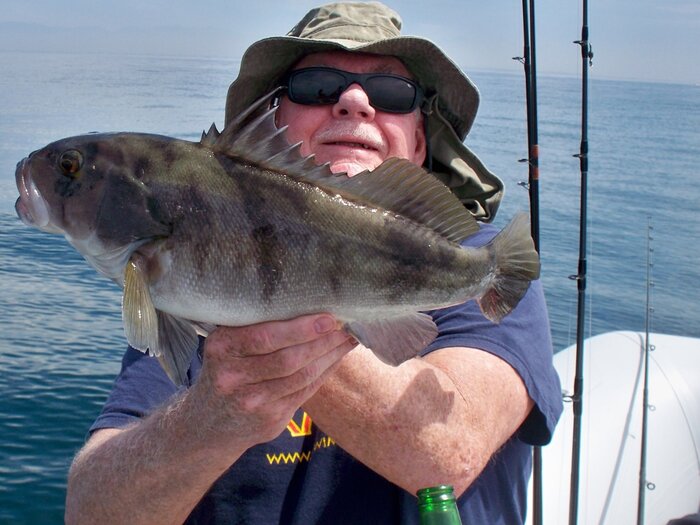 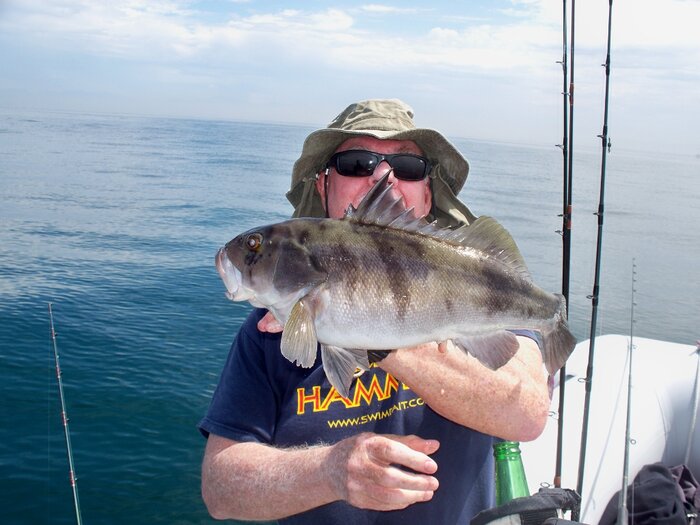 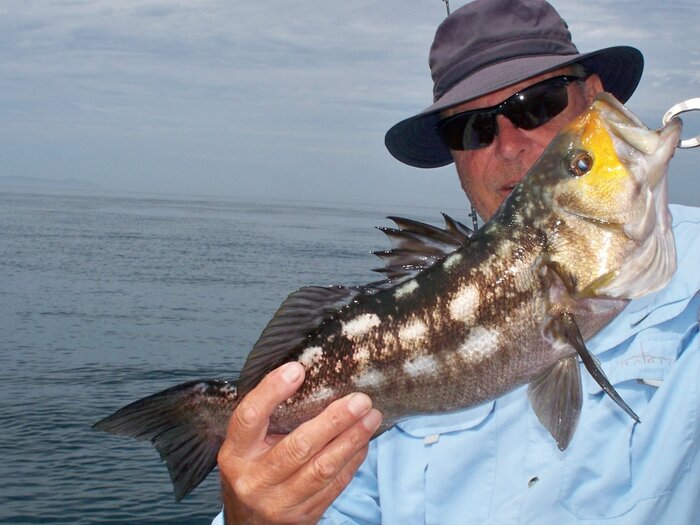 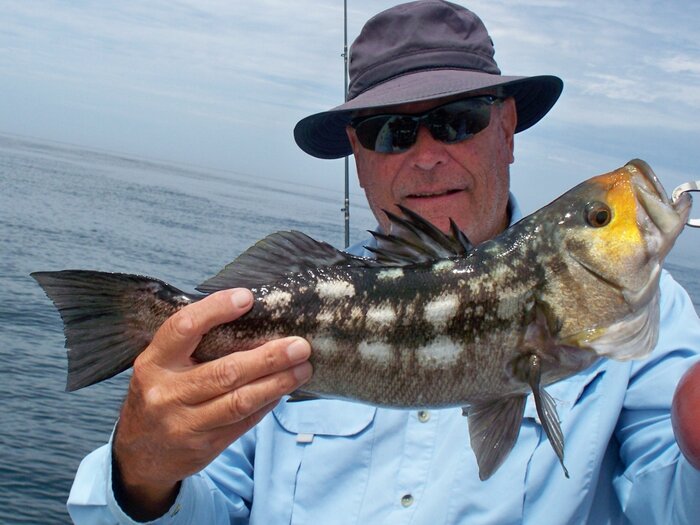 Well Lal, certainly a better weather day than recently, the Bass just didn’t want to play? You gave it your all; we’ll get em next time. All Bass were released.

Hook up! Cory
Toggle signature
Thanks for your report. Hook up! Cory
Reactions: Taco Tuesday, Danthefishman, fly liner and 28 others
Upvote 0

The bass take a beating again!

Crazy yellow on Lal's calico.
Great to see the A team back at it full force.
Reactions: Tunaslam
Upvote 0

pacificscout said:
Crazy yellow on Lal's calico.
Great to see the A team back at it full force.
Click to expand...

Color blind it was Orange? Ha! Ha! Maybe some Yellow?
Toggle signature
Thanks for your report. Hook up! Cory
Reactions: Tunahead
Upvote 0

Beautiful calico!
Toggle signature
"When beholding the tranquil beauty and brilliancy of the oceans skin, one forgets the tiger heart that pants beneath it; and would not willingly remember that this velvet paw but conceals a remorseless fang." H.M.
Reactions: Tunahead and Tunaslam
Upvote 0

All Fired Up in spawning colors!
Toggle signature
Go ahead, make my day...

The best weather and current of the year !!! Cant understand why they werent biting-maybe too much bait ???
Toggle signature
Tailman
Reactions: Tunahead and Tunaslam
Upvote 0

With all this slow bassing, we’re grabbing a scoop of bait and hitting Cat with a thousand other boaters this weekend.
Toggle signature
Whorehouse Piano Player
Reactions: Tunahead and Tunaslam
Upvote 0

Kman said:
With all this slow bassing, we’re grabbing a scoop of bait and hitting Cat with a thousand other boaters this weekend.
Click to expand...

Great job and awesome report! Glad to see you back out slayin them bass!
Reactions: Tunahead and Tunaslam
Upvote 0
R

You and Lal are rockstars, Cory! Nice work despite the tougher conditions.
Thanks!
Reactions: Tunahead
Upvote 0

GREAT REPORT pics, info. and NICE BASS Cory and Lal.
Good to see you two out on the Rubber Ducky again.

Nice fish. Thanks for the report.
Toggle signature
-AH
I get skunked and I can not lie
Reactions: Tunahead
Upvote 0
Show hidden low quality content
You must log in or register to reply here.