Both Lal and I had to scratch an itch, as neither of us have been fishing in a while, given the recent weather conditions. Today’s weather forecast was less than ideal, scattered showers, and lots of wind in the afternoon. As I drove over to Lal’s house at 5am, it poured down rain all the way to Cerritos. We checked out the weather forecast for today and determined that is was not likely to have much rain on the ocean in Long Beach, as most of the rain was set for the foothills.

So we went fishing on the Rubber Ducky, Sun. 12-08-19. We launched out of Davies in Long Beach at 5:45 am. The skies were filled with scattered clouds and looking good out of the harbor. So far we have dodged a Bullitt.

The seas were very calm and we headed out to the 105, stopping on some hard bottom in 120 feet. The meter lit up, but the fish had lock jaw. So we moved on to a little deeper water at 140 feet. Again the meter displayed lots of fish. The quality was exceptional, as we caught five fish from 3.5 to over 5 pounds. Four Sand Bass to 5 pounds and a big 4 pound Calico Bass. 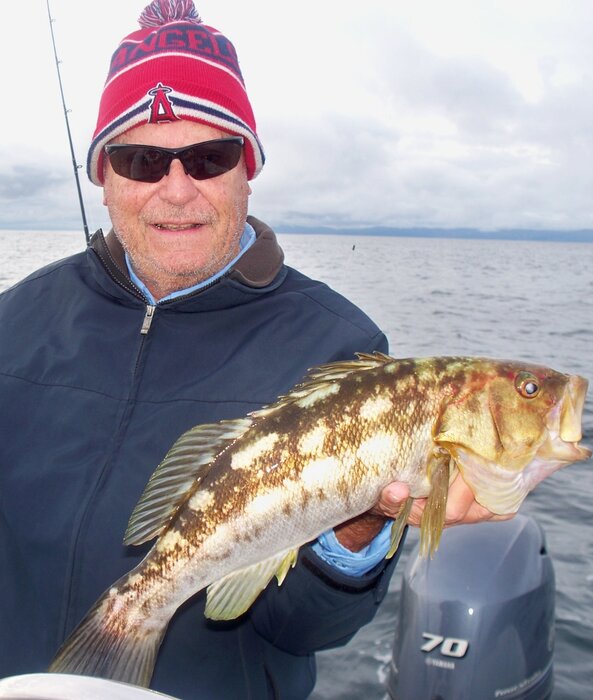 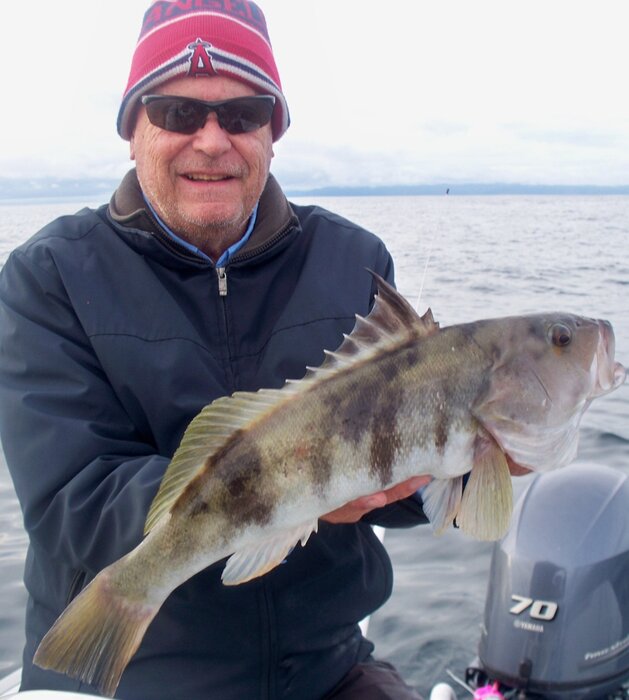 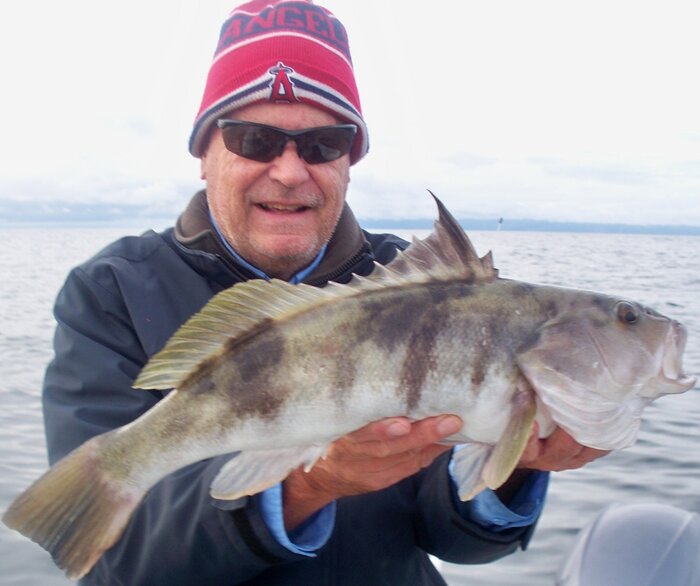 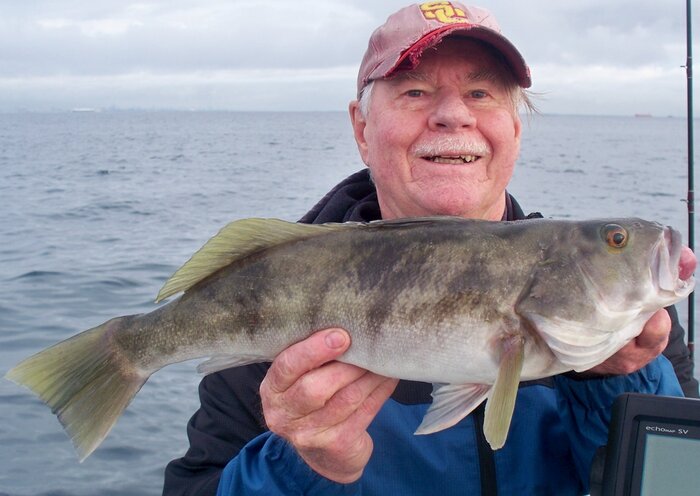 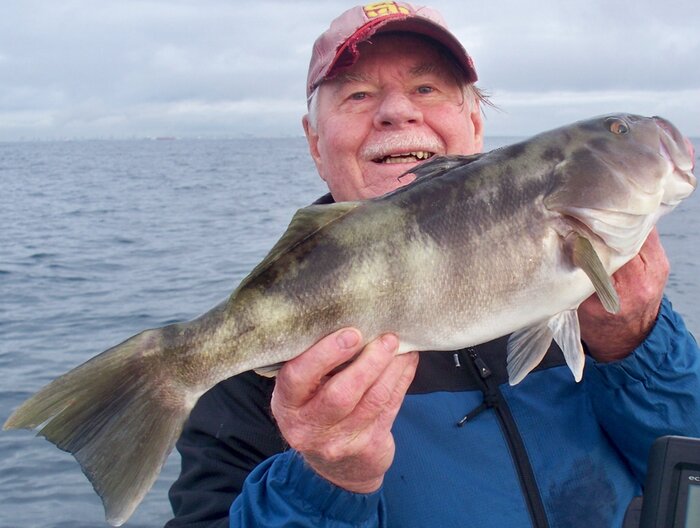 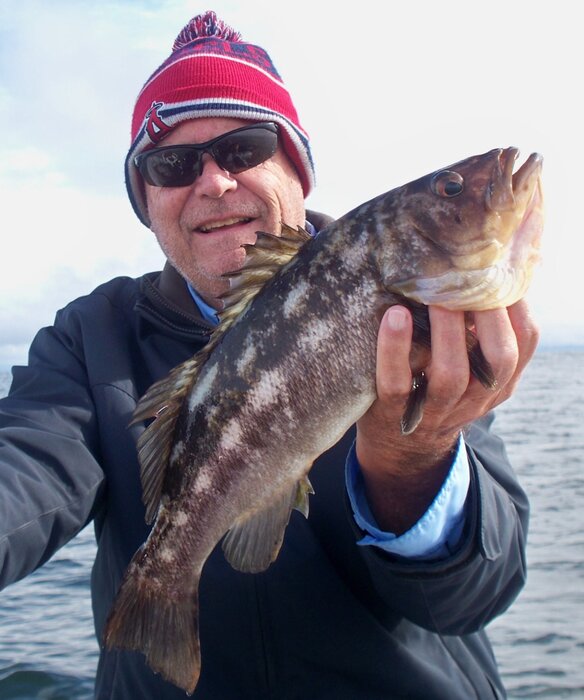 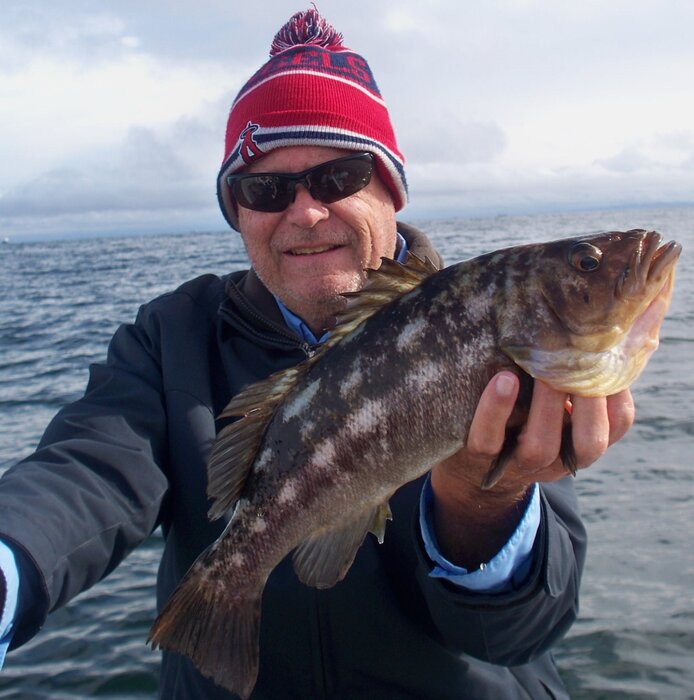 The bite died and Lal set a course for the Shoe, water temps remained constant at 60.5. We arrived at the shoe and found lots of huge bait marks and fish. It was a slow pick for a while. But we found an area of fish that was hungry, and they bit steady for a few hours. It was a 60/40 split of Sand Bass to Calico Bass. Although we caught a few juniors, most of the Calico’s and Sandie’s were 14-16 inches or larger.

It was a fun day, with the weather being quite nice, a little sunshine, and not much wind. On channel 16 the Coast Guard repeatedly announced small craft warnings from noon to Monday morning. Sure enough around 11; 30 am the wind picked up to 10+. Then by noon it was white cap city and we called it. We caught and released some 50+ mixed Bass. We also caught a Red, a Whitefish and a Gopher Cod, plus a bunch of Mackerel. They were thick. 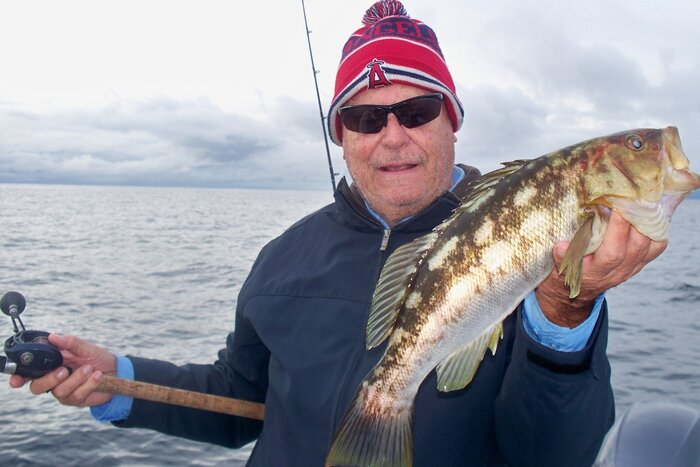 As we entered the harbor and put the boat on the trailer, the wind was up. Shortly after leaving the harbor, it started to rain, just missed it. How cool!

Well Lal, another great day on the Ducky! Thanks so much, that itch was definitely scratched.

BTW it's beginning to look a lot like Christmas at the Visser's. 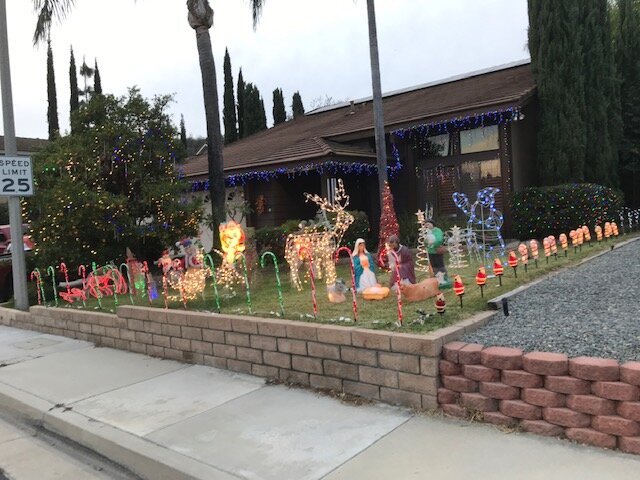 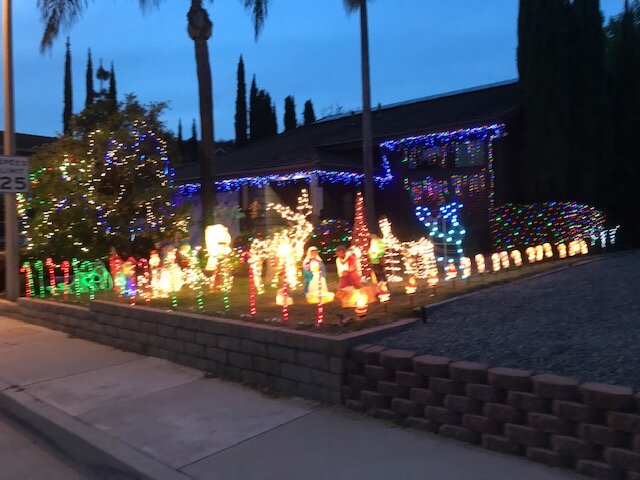 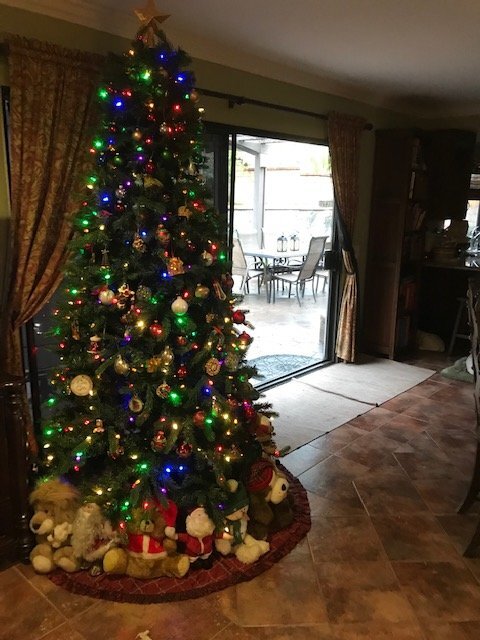 Wishing everyone a very Merry Christmas and healthy Holiday season!
Last edited: Dec 9, 2019
Toggle signature
Thanks for your report. Hook up! Cory
Reactions: Radical Ross, Reel_Brew, ElLoboDelMar and 35 others
Upvote 0

I'm not that guy.

Sweeeet thanks for the report.

Toggle signature
"When beholding the tranquil beauty and brilliancy of the oceans skin, one forgets the tiger heart that pants beneath it; and would not willingly remember that this velvet paw but conceals a remorseless fang." H.M.
Reactions: Tunaslam
Upvote 0

Those are some nice sized Winter Bass Cory/Lal. What depth were the bass suspended at? How did you get your own SPEED LIMIT sign? John.
Toggle signature
Luck is where planning meets opportunity.
Reactions: Tunaslam
Upvote 0 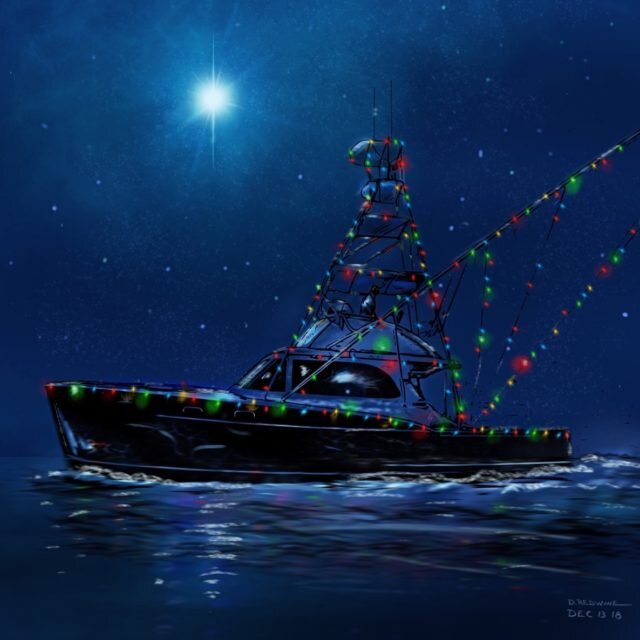 Thanks for another great report Cory!
Reactions: Tunaslam
Upvote 0

FloMar said:
Those are some nice sized Winter Bass Cory/Lal. What depth were the bass suspended at? How did you get your own SPEED LIMIT sign? John.
Click to expand...

The big guys were in over 100 feet John, and we were both bit on the drop.

As far as the sign? Who knows, it has been there forever, and we have lived there 29 years.
Toggle signature
Thanks for your report. Hook up! Cory
Upvote 0

Great job guys! Headed out weds for some hooping. Where were the mackies? Need to load up on tube stuffers!

Thanks for the report!
Toggle signature
Go ahead, make my day...

Great stuff Guys.
Do you release the swim bladders and how?
Thanks Wally
Reactions: Buttchaser and Tunaslam
Upvote 0

mhanson59hb said:
Great job guys! Headed out weds for some hooping. Where were the mackies? Need to load up on tube stuffers!

They seemed to be everywhere we went except the deeper water. Mostly in 80-100 feet, saw a bunch around the green buoy.
Toggle signature
Thanks for your report. Hook up! Cory
Reactions: mhanson59hb
Upvote 0

pacificscout said:
Great stuff Guys.
Do you release the swim bladders and how?
Thanks Wally
Click to expand...

We only had one not swim down, and we kept if for the neighbor's dinner.
Toggle signature
Thanks for your report. Hook up! Cory
Reactions: pacificscout
Upvote 0

Another great day on the water, thanks for the report and merry christmas as well!
Reactions: marlyn and Tunaslam
Upvote 0

Nice report Cory, great day fishing with your buddy Lal again.
Merry Christmas to you and I hope you have the best fishing season ever in 2020. Looking forward to your reports.
Corey
Toggle signature
The Killer in me is the Killer in you
Reactions: marlyn and Tunaslam
Upvote 0
Show hidden low quality content
You must log in or register to reply here.