Just heard about Ross in Asuncion. He had the flu ruptured. His intestines is in dire trouble. Headed to La Paz thoughts and prayers are with this man. He’s a great friend and fisherman.
Reactions: Leslie. Christensen, surf launch, 7emptsT and 3 others
Upvote 1

That sucks. He ll be missed
Reactions: Leslie. Christensen, curt lj., Dogman619 and 2 others
Upvote 0
O

Ross was a good friend for many, he is missed.
Reactions: surf launch, Dogman619 and denis
Upvote 0

Damn, he was a hell of a guy. RIP Rossman!
Reactions: surf launch, Dogman619 and denis
Upvote 0
C

I lined up on his drifts many times. Condolences to his family and many friends.
D.E.P.
Reactions: Leslie. Christensen, surf launch, denis and 1 other person
Upvote 0

Sorry to hear that. Enjoyed the reports. He was living my dream. Retired and fishing in Mexico. I hope to visit that area one of these days.
Reactions: Dolt Sniper
Upvote 0 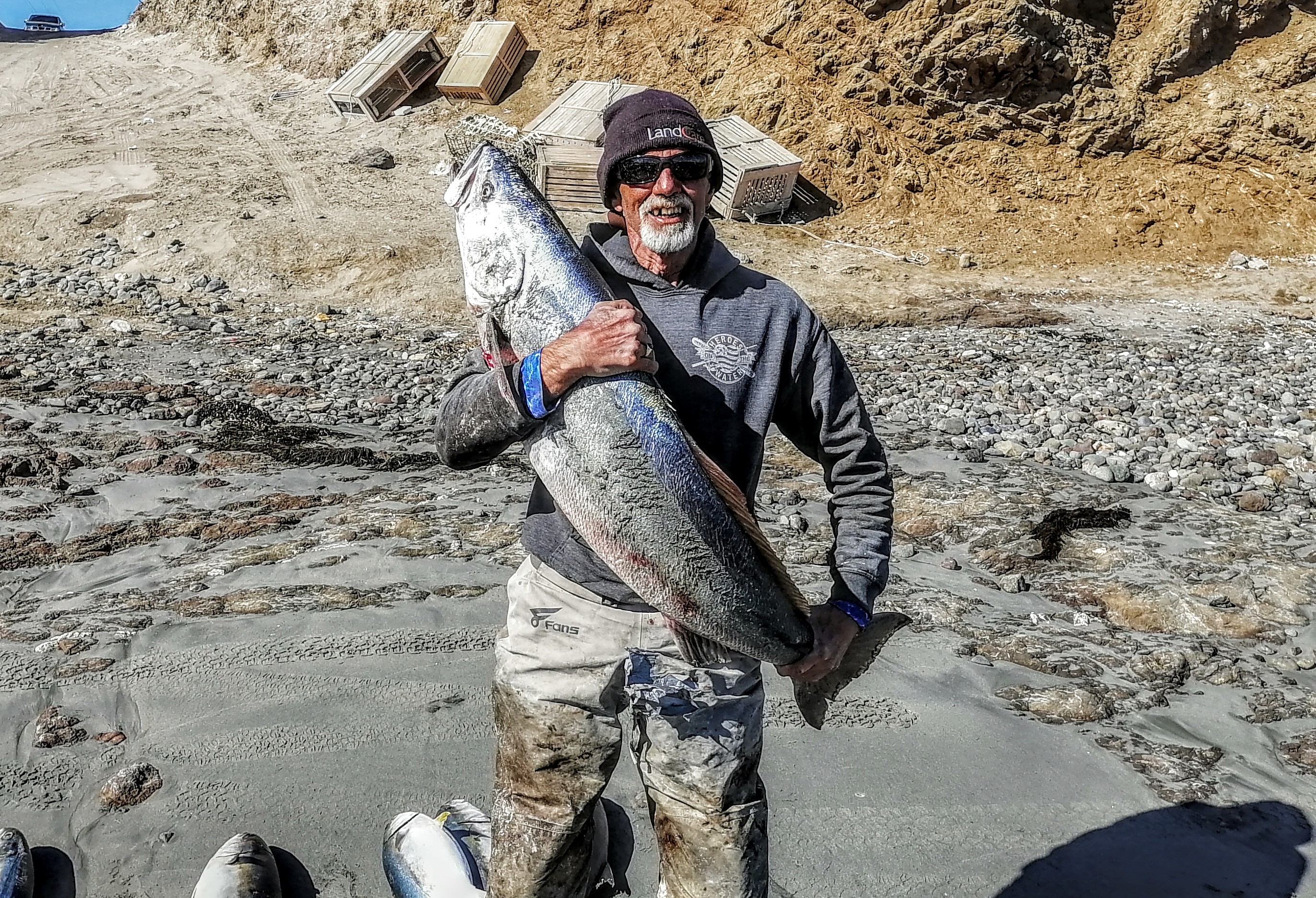 The guy lived life on the baja fronteer by his terms. Something most of us only dream of. Sorry to here of his passing.
Last edited: Nov 29, 2022
Reactions: twotrack, Efishnsea, mulegemike and 4 others
Upvote 0

Ross will be missed. We were chatting a few weeks ago about Wahoo.

I believe the flu was a misdiagnosis.

Sad news, fished with Ross in Gonzaga a few times. Always cool and a very fishy guy. He’s up there with makobob now.
Reactions: Dogman619, Leslie. Christensen and denis
Upvote 0

He came to Bahia last summer and we chased surface YT out behind Horsehead for awhile. I told him to find the other tin boat out there and he snuck up on us. We had a bunch of PMs regarding tin soldiers and I hoped to one day return to BA with mine so he could show me his technique.
He lived a good long life doing what he wanted to do and we should all be so lucky!
Reactions: Joe OO, Leslie. Christensen, surf launch and 3 others
Upvote 0

bahia asuncion, on the west coast of central baja

It's been a very tough week for us here in Asuncion losing an important friend and beloved member of the community. Ross had been sick with what he thought was the flu but the Coroner said he had been quite sick for awhile and was beyond medical help when he finally agreed to go to the clinic. He suffered severe pain from twisted and perforated intestines. I was honoured to be with Ross and hold his hand before he was loaded into the ambulance to take him to Sta.Rosalia. He was still lucid and could barely speak through the pain but when I asked him if there was any last minute thing I could do for him...he smiled and said "plan my welcome home party". He was cracking jokes in his usual dry humour style. He made it to Sta.Rosalia where they performed an emergency surgery to try to drain some of the infection, then sent him to La Paz. He passed over in the ambulance just passing Constitucion.
My heart goes out to his son Troy who is here now to put affairs in order. A huge Gracias to Tomas Martinez, owner of Restaurant Sunset Mary where Ross spent most afternoons. Tomas accompanied Ross till the end and handled all the details and paperwork.
The all night vigil was held at the Restaurant where his friends and villagers gathered to pay their last respects...more than a few Pacificos were tearfully consumed as we all told Ross stories, of which there are many. Tim suggested we take Ross in his tin boat around town before he was buried which was a fantastic idea embraced by all. Here are some photos & a video of the procession. Ross's final resting place overlooks Choros which was one of his favorite fishing spots. He will keep Surfdoc company. Rest in Peace Rossman....we love you and will miss you! 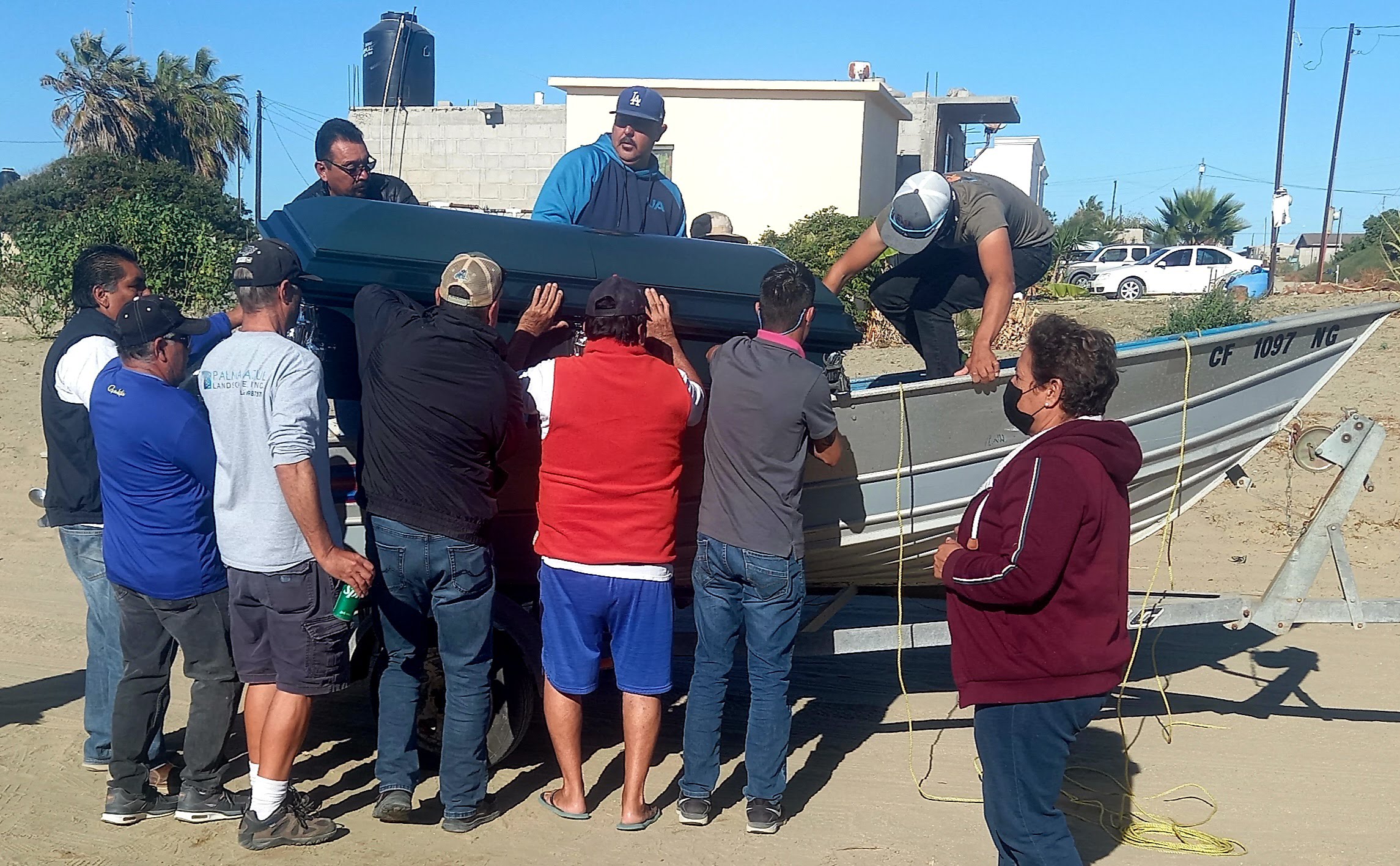 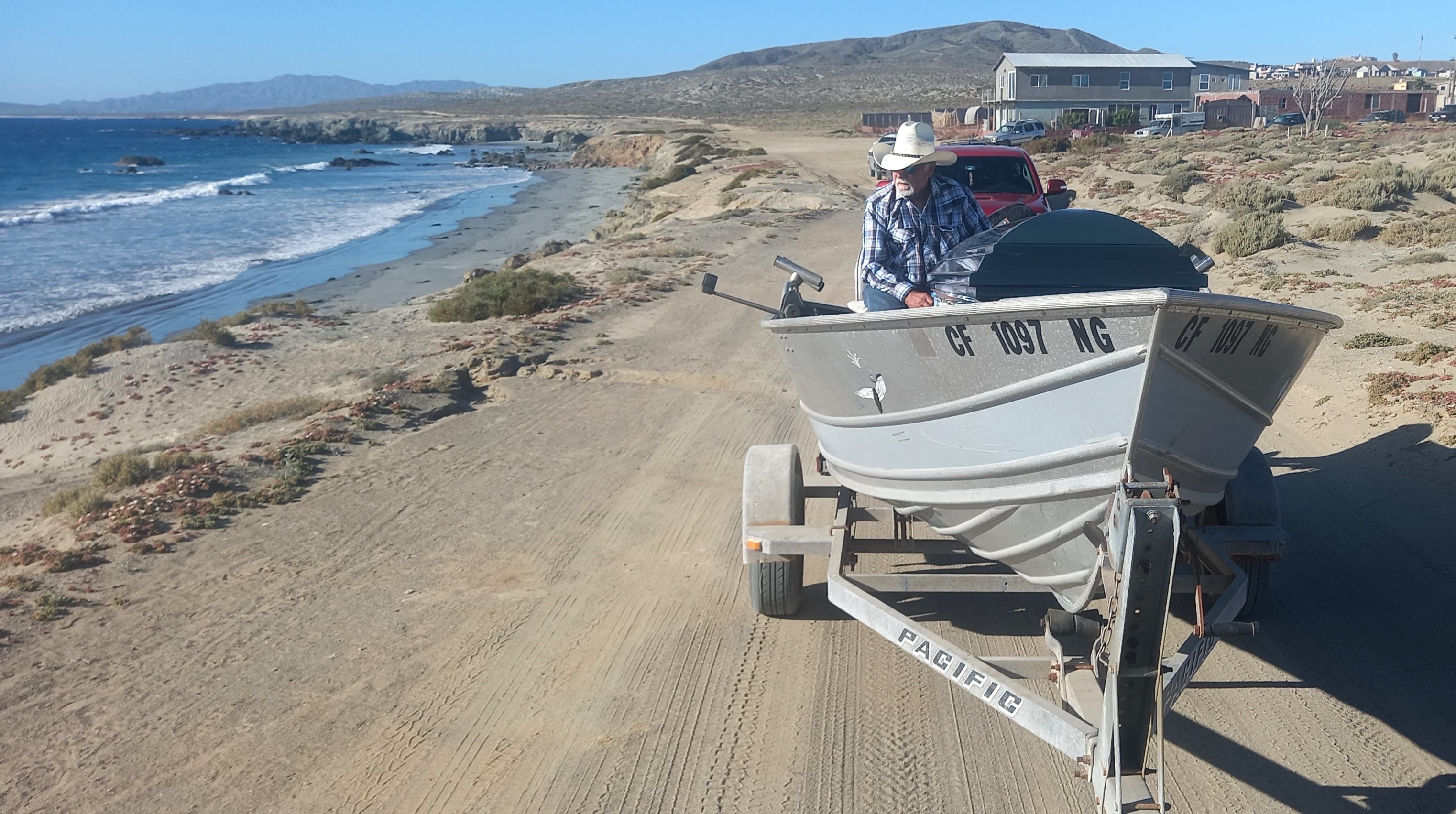 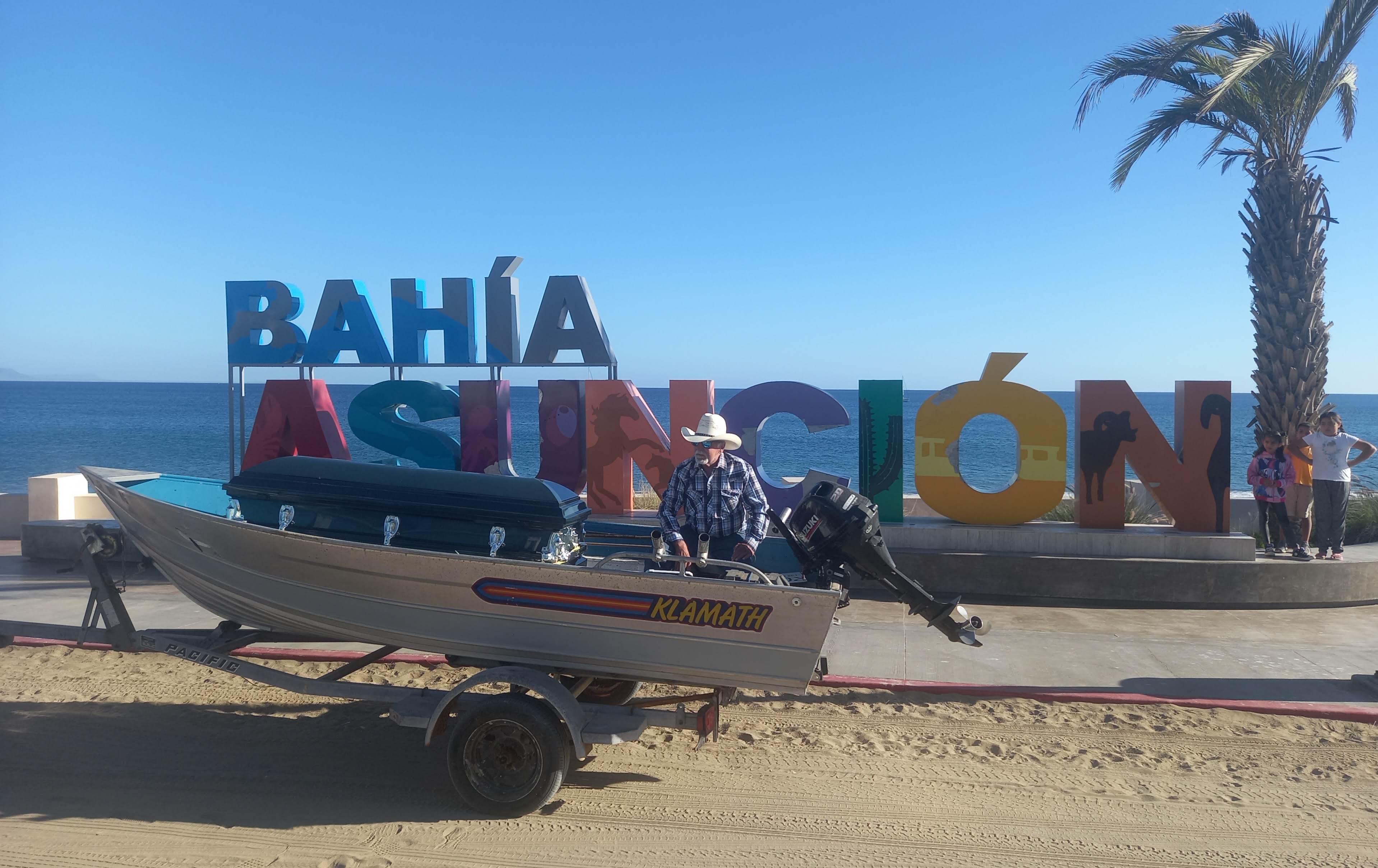 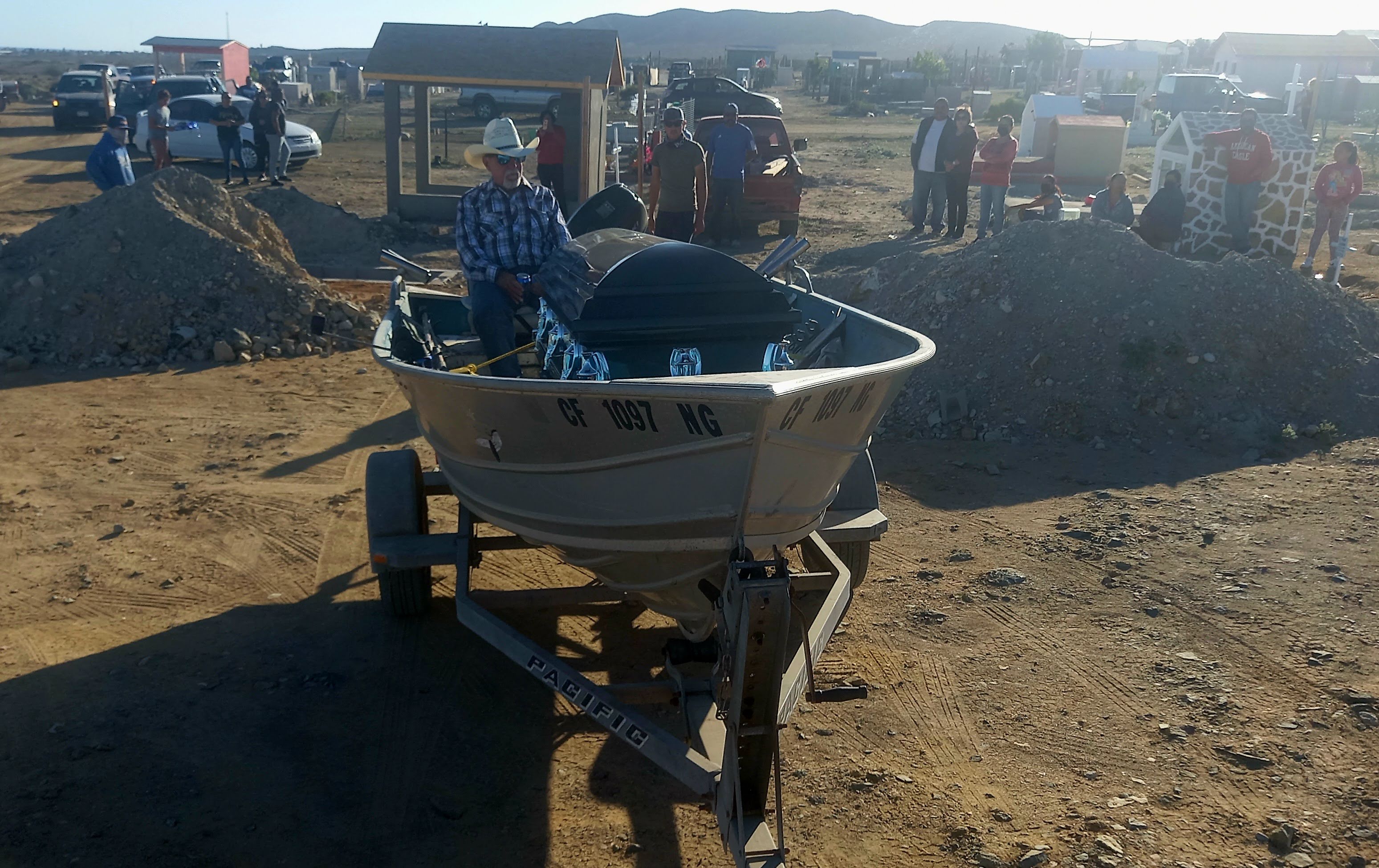 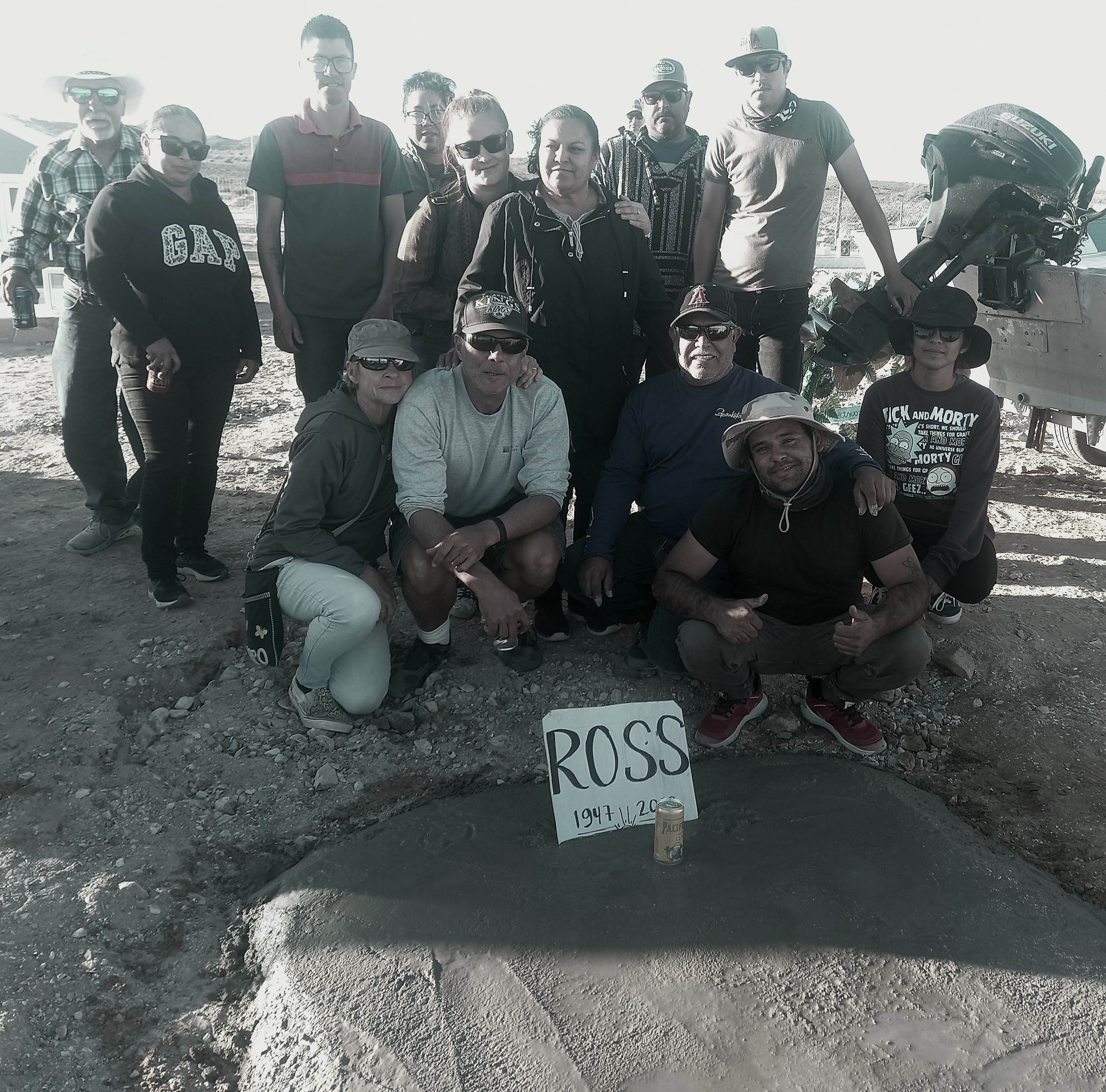 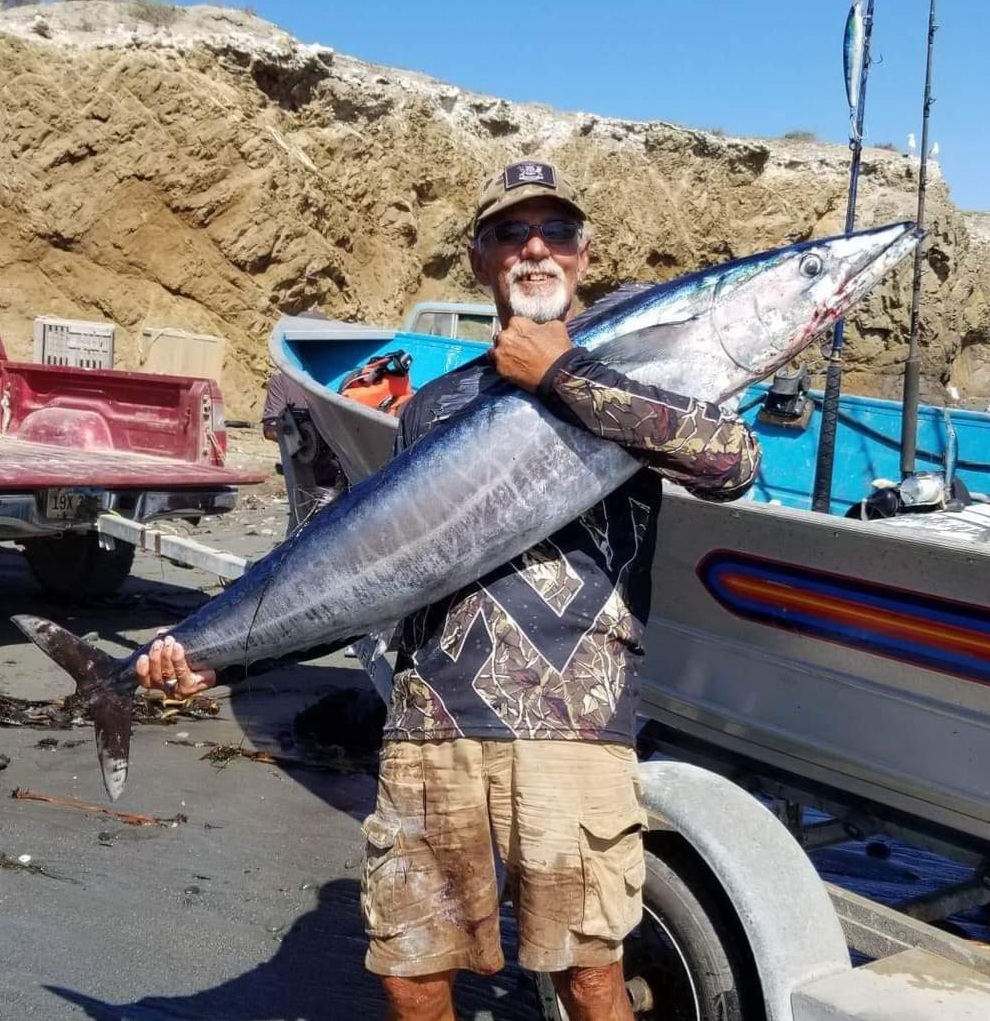 Boat Name
One that floats

just seeing all the Cars behind his Casket in the Boat , show how many people liked him,
that says it all .
Reactions: Dogman619, Leslie. Christensen, One_Leg and 2 others
Upvote 0
Show hidden low quality content

Sometimes It Ain't About Karma...