Had the SOA crew played the "Victory at Sea" title sequence in a loop to welcome us aboard, they would have been just honest. Totally.

The conditions expectations and Capt's talk
12+ knot winds, 4' swells, and 6'waves. Capt. Brian's briefing was even worse...but another boat came in with a high count of BFT so that's where the boat will go. Go down below for some shuteye 'cause we'll be in for a long night.

The Fishing - Day One/1st night
Got to the area where the high count was reported (somewhere between Cortez and Tanner Banks) after 9:30 PM; appeared that a large number of the rest of the fleet had the same game plan as us. By then at least three people were chumming over side or into buckets with others getting very queasy. Start dropping jigs shortly after that. At the start of second drop at the starboard corner, my feet went out from under me but I caught hold of the rail and avoided landing on deck but still slammed my left rib cage into the stern rail; the pain level was relatively low so I knew I didn't fracture or break any ribs. Carried on to the fourth drop when I hooked up to a BFT 1/3 of the way up from the stern tuna shuffling left port side. Others to the left and right of me also hooked up, and chaos immediately ensued. Tangles started and a deckhand grab my rod and went forward to the bow. I followed, tripping and smashing to everyone else to the front where I was clear, only to shortly be pulled all the way back the way I came. Not entirely sure how I managed my line over/under everyone else's lines but I was more or less by myself at the port stern corner. Deckhand Luke and I both simultaneously saw color, but by that time I was struggling to gain on the BFT. He assisted by hand pulling the line between the line stripper and reel and after several pulls went for the gaff. I managed a few more short cranks on my own, and he gaffed the BFT mid-stern and got it boated!!! Did more drops on a few more stops until 2:30 AM, and I called it quits for the night.

The Fishing - Day 2
Started the cold day chasing boils and fish finder hits, working the way up north with San Clemente to the east. Chucking lures, dropping sinker rigs, and fly-lining for very little to show for it; a total of three BFT for the boat, none for me. Capt Brian made the decision to go back to where we were the previous night for more night action. It was very evident by sunset that it would be colder as well, so I made the decision to pass and went down below for shuteye after dinner. Woke up at 2AM and went to a darken and empty galley with the boat underway--a clear indicator that the night action was unfruitful and a decision was made to go elsewhere.

The Fishing -Day 3
Woke up to learn we went from U.S. waters to 40 miles south of Coronados and about the same distance west of Ensenada. Trolling and paddy chasing. Did not recall much if any action at the first paddy. At the second paddy, I landed my first YT fly-lining on the Monofil 27; a second pass yield my second YT fly-lining on the BG 6500. There was a significant drop in action on the third pass so we moved on. All the subsequent paddies were smaller with matching smaller grades of YT and dodos...rats. I hooked up to at least two dodos and two YT but either allowed them to self-release in the water or was cut off. By mid-afternoon, I called it a trip for myself since there was no desire to keep any rats, and broke down all my gear.

The gear used
Made a pre-trip decision to minimize gear/tackle purchases so this was the list:
The tuna jigs came from my existing inventory, and after distilling all the insights from posts on alantani.com and BD, this was the config of the one I used for my one BFT: 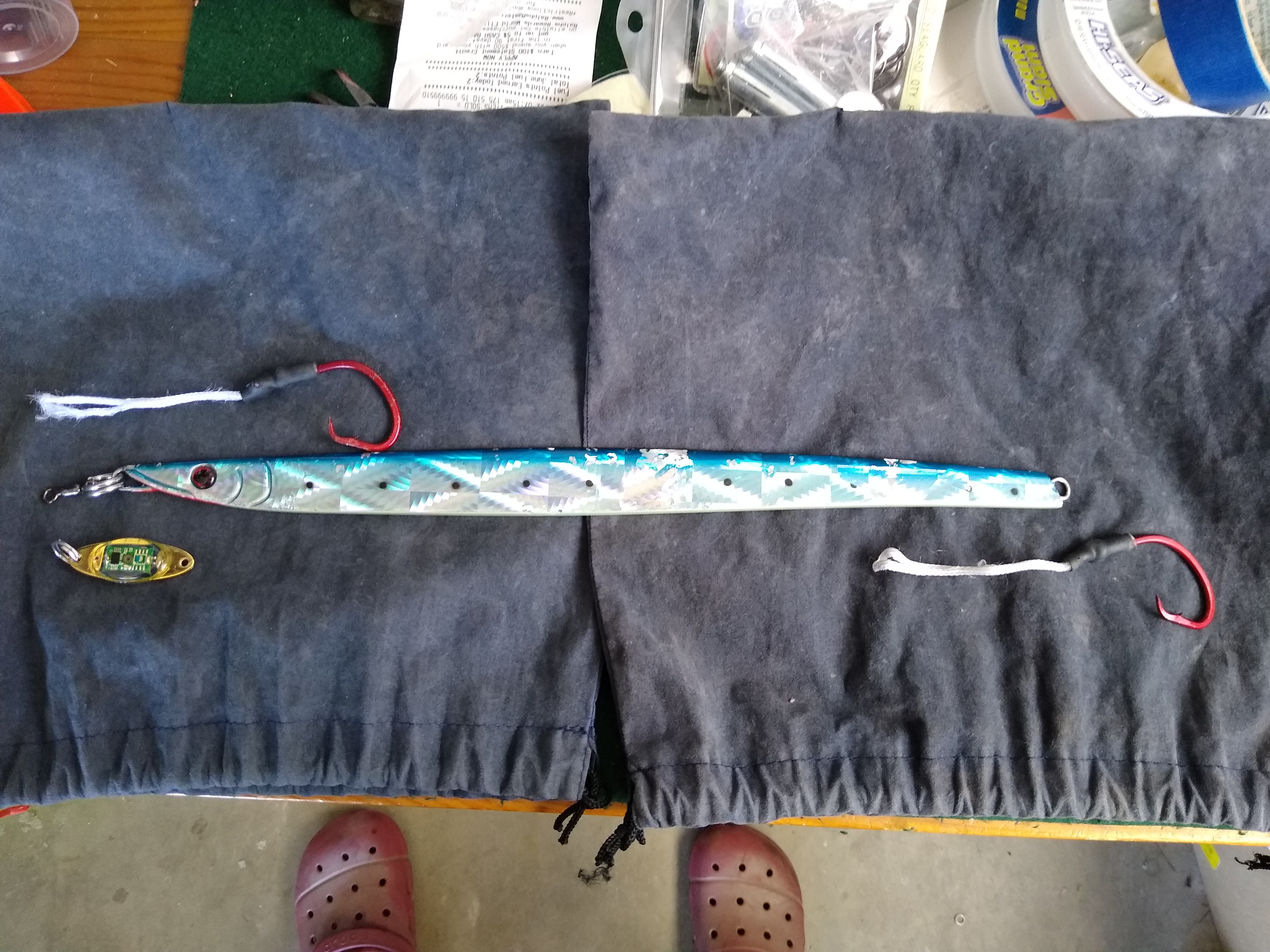 It turns out I was really, REALLY lucky because the assist hook at the top that hooked the BFT got its loop-thru chewed on and was close to failure (you can see the fraying). 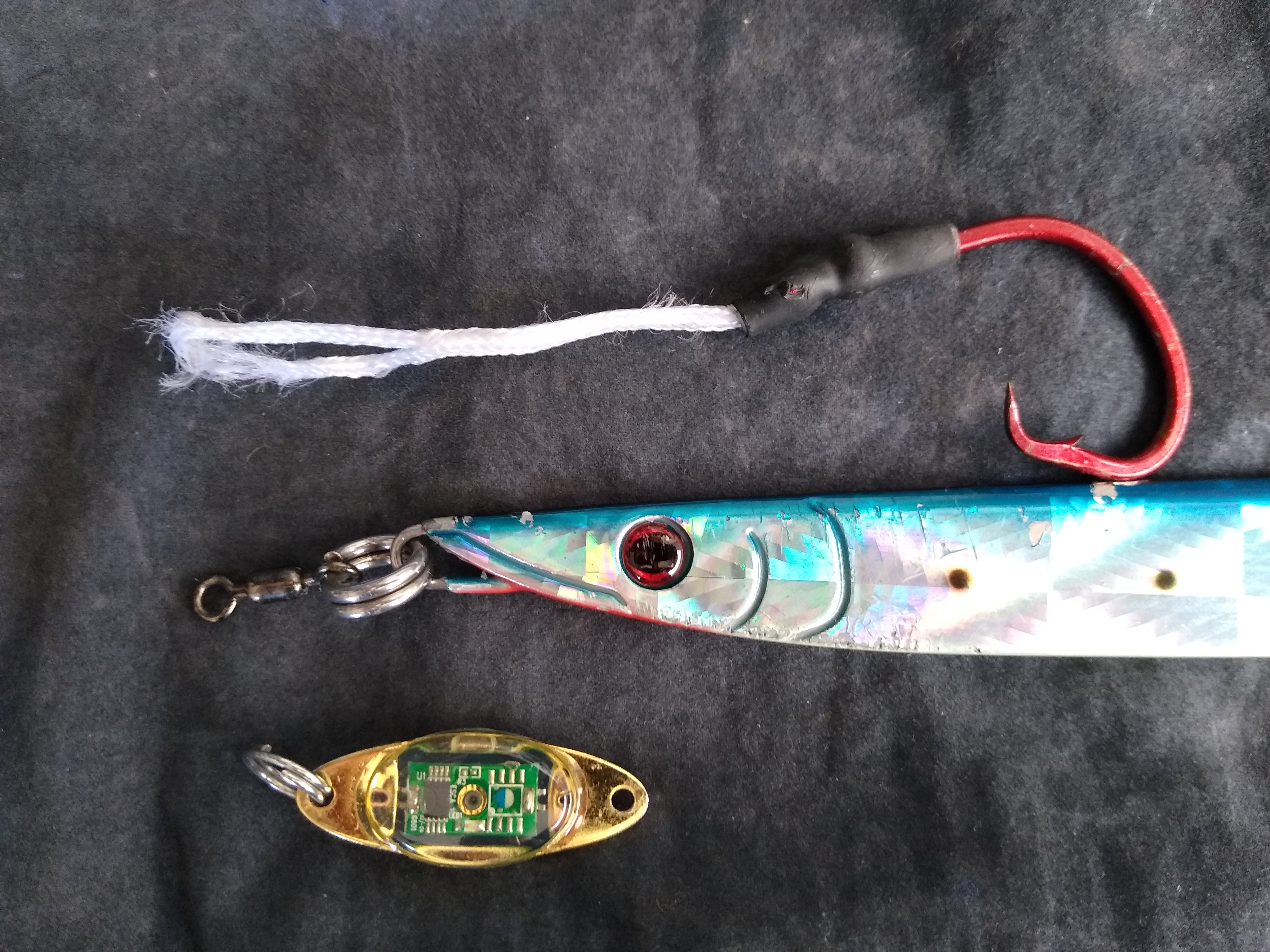 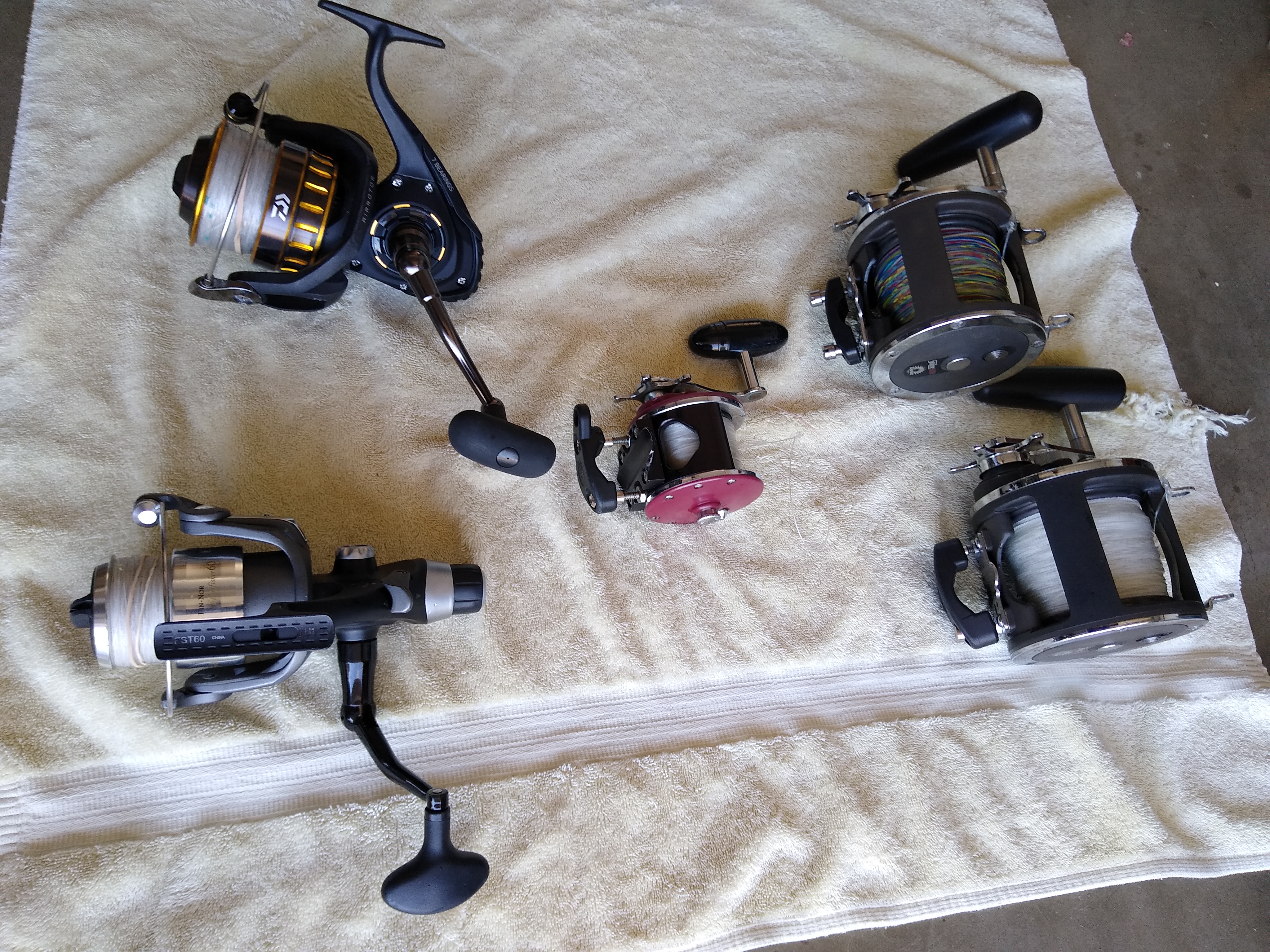 The knots
No knot failures 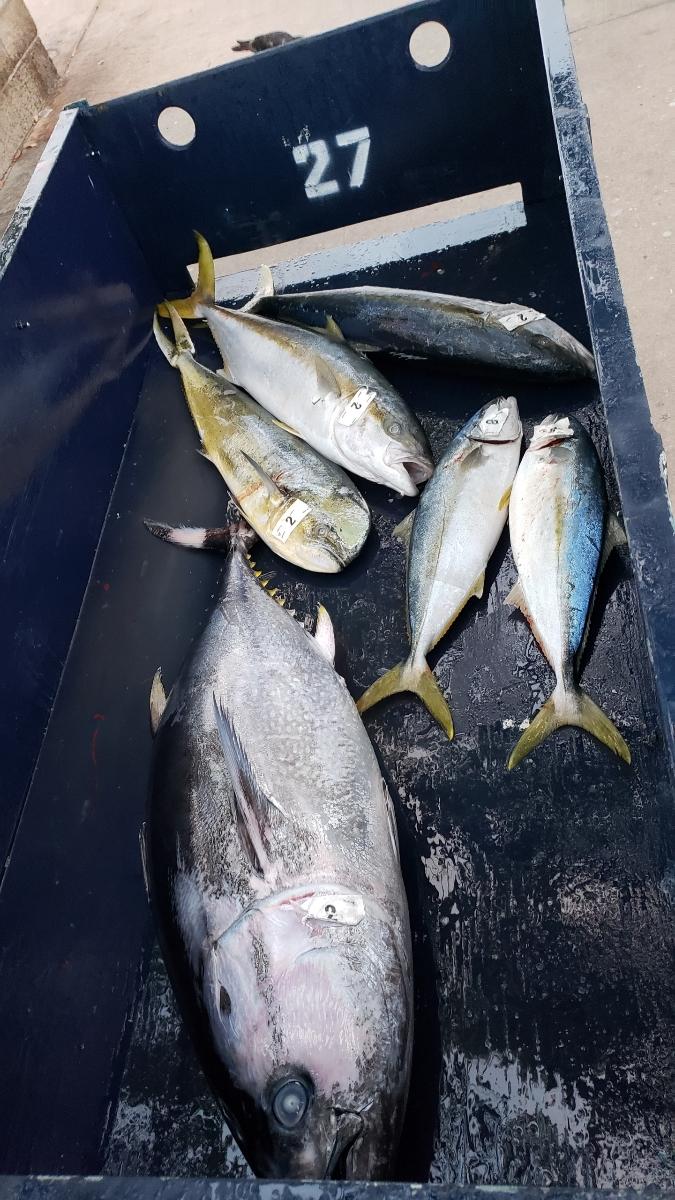 The other three fish (dodo & lower two YT) in cart were caught by others...will let them tell their own fish stories.

The total BFT count for 24 anglers was 32; didn't bother to count the total YT or dodos since there were a lot of rats in the mix.

Rough trip overall given that I slipped once on the main deck, once on the upper deck while stowing away my rods, and banged about all over the boat from the turbulence. Skipped a couple of big meals just to avoid chumming later.
Last edited: Jul 4, 2022
Reactions: winnawinna17, aguachico, surfgoose and 23 others
Upvote 0

Gnarly trip. Sounds like your body will be paying the penalty for a bit. It seems the spring tumult just won't give up this year.

Thanks for posting
Upvote 0

I was one of the ones who was seasick. First time in 10+ years! I still caught 2 BFT on jigs the first night, ok, technically one since the second fell off the gaff and the hook pulled, but hey, I did my part! I caught the Dorado donated to Wai off a kelp paddy, and 4 YT, two were rats and released... I ain't no baby killer! Luke thanked me for releasing them. Others weren’t so charitable! All my fish were given to others. I also came home with a cold! But my shower sure felt good when I got home!
Toggle signature
When I was your age, Pluto was a planet.
Reactions: Unassailable, surfgoose, goodkarma and 8 others
Upvote 0

Rough trip reports the norm here it seems.
Damn wind and swells. Glad you got a nice bluefin, and some other fish as well. Way to
gut it out. Now rest likely bruised ribs? Geez.
Upvote 0

thanks for the report! that is some old school gear there..
Toggle signature
Blue Chum Saltwater
Upvote 0

Thanks for the info. I'm jumping on a boat tomorrow hopefully conditions will be better.
Toggle signature

vegasandre said:
...that is some old school gear there..
Click to expand...

I try my best to be the "anachronism poster-boy" on all my trips as the way to win the "...that guy..." badge on the boat. Unfortunately, it was snatched away from me this trip by someone else whose "that-guy-fu" was infinitely stronger than mine, and his shenanigans had nothing to do with single-speeds or heavy spinners...
Last edited: Jul 5, 2022
Reactions: Rocket Dog, James Stinnett and goodkarma
Upvote 0

Great report! And good job getting a bluefin to gaff last weekend. You were one of a VERY few that did that.
Upvote 0

I was on this trip and still feel the rocking. I got stick too, but managed to reel in 2 BFT, on the first night of dropping 500gr jig just to get down it still managed to scope out.
Landed one lost one, either knot failure or sawed off under the boat. I was too sick and exhausted on the second to care.
Next day boated one off the iron into a former.

That was it for me. I tried, but the weather just got the best of me. 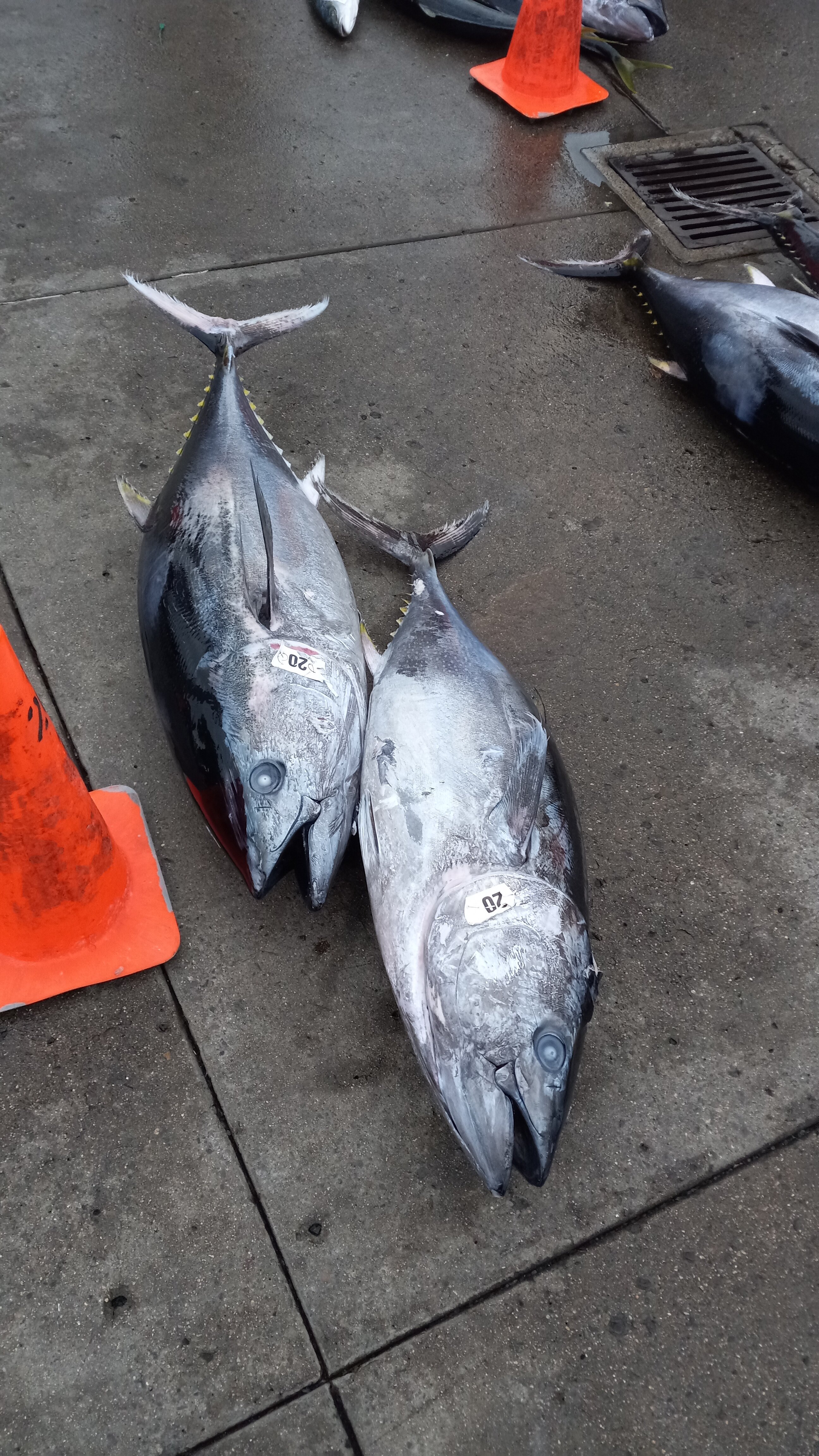