Launched from Dana Landing around 6:30 am and made a quick stop at the barge for some bait. Bait was a smorgasbord. Spanish macs, sardine in the 4-6” size and a handful of greenies. In the tank, and off we go to our first stop.

Made our way to the 270 and arrived shortly after leaving the jetty.

Fished double dropper loops on 25# in 240ish’ of water and it was instant. Fish cooperated and the three of us were able to find a little pile that produced triple hookups on the double dropper loops that gave us a trio of limits of reds on the 3-5 lbs range by 8:30 am. Two drops in this area and we limited on reds.

Missed a legal ling by .25” and could’ve probably stretched it out to 22”, could’ve gone either way, to be honest. The ling smashed a pink and white squid fly, tipped with a squid strip. Found these in Oahu in January and brought some back with me and they did the trick on the cod today!

Anyway, after nearly catching our 10 fish limit, we took off to take a look up towards La Jolla. First stop was “Streets” and it was dirty. Water was brown, borderline red tide brown. Made our way to the northwest corner and it was pretty dead up there, as well. I did see some bigger marks up towards “The Bump” and they were cruising, mid water column. No schools marked, just single big marks cruising around mid water column, in about 80-95’.

Went back to the 270 and fished our way to a three limit rockfish type of day by 1:30pm.

Tons of dolphin and tons of bait 4-5 miles due west of Mission Bay.

75 degree temp, blue skies, lake like conditions, you would think spring has sprung!

Good luck out there! 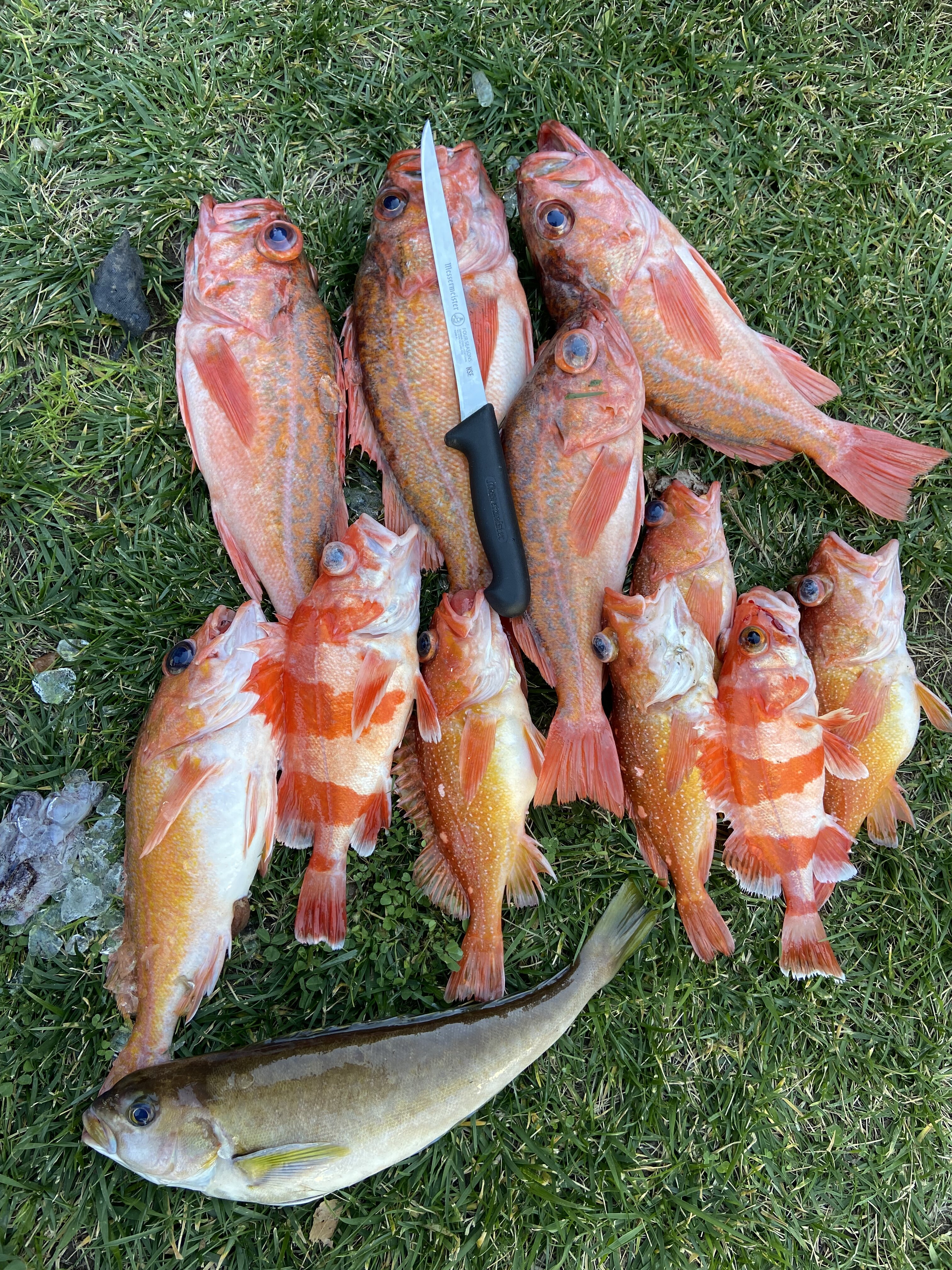 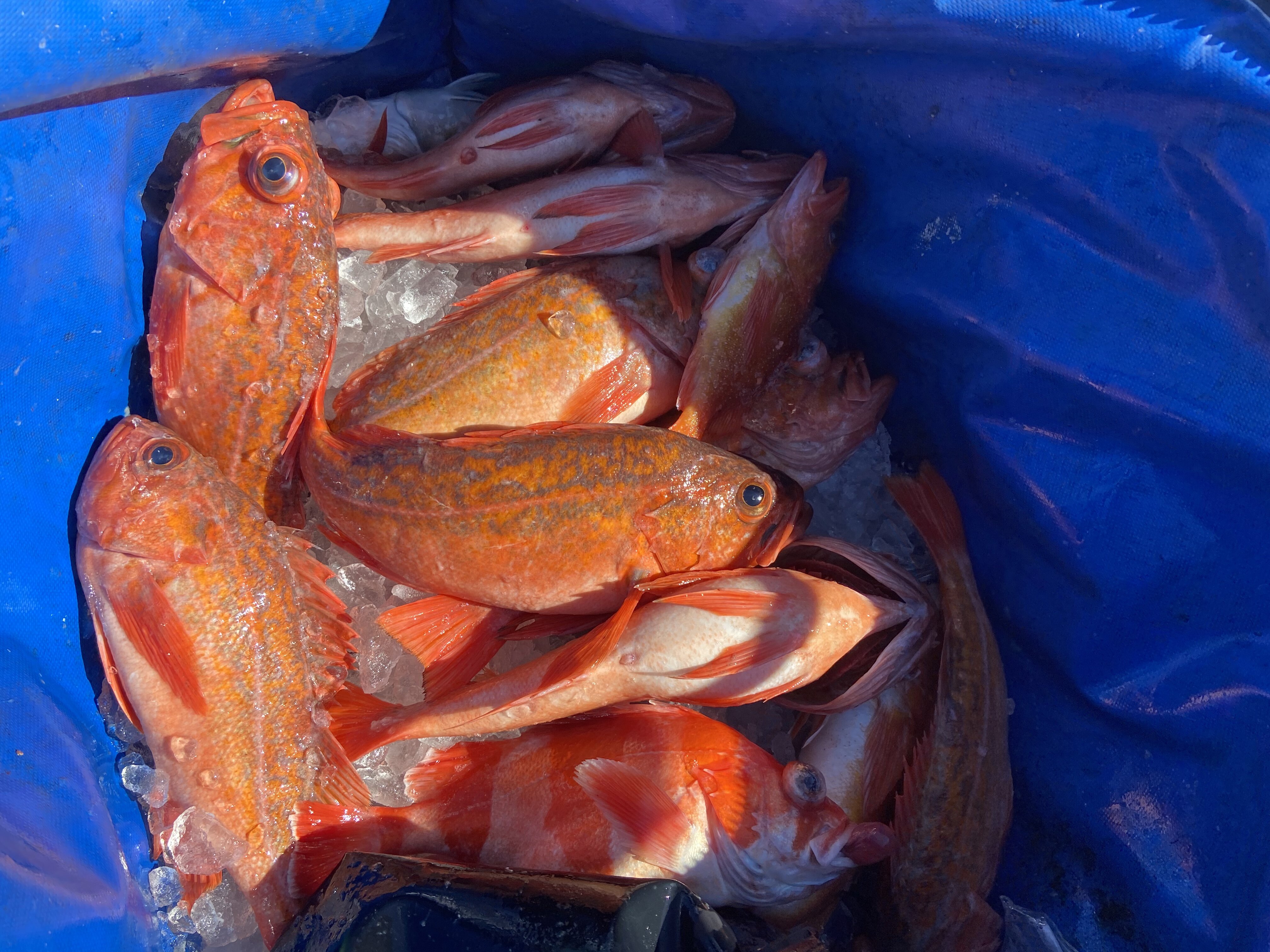 Nice start to the season hoping to get our next weekend
Reactions: Secutor54
Upvote 0

Great report/pics and NICE LOAD of Fish!
Looks like you guys found the "honey hole".
Nice start to the season!
Reactions: Secutor54
Upvote 0
B

Great day, nice of the fish to join you for Taco Tuesday.
Reactions: Secutor54
Upvote 1
B

Boat Name
A Big One That Floats

Don't toss the collars out. Some restaurants get big money for a plate of those fresh off of the grill.
Reactions: watersdeep and Secutor54
Upvote 0

Here’s a pic of my buddy with his second double hook up… all of the fish were roughly this size. Good to see the quality in our local waters still exists. They just make you work harder for em! 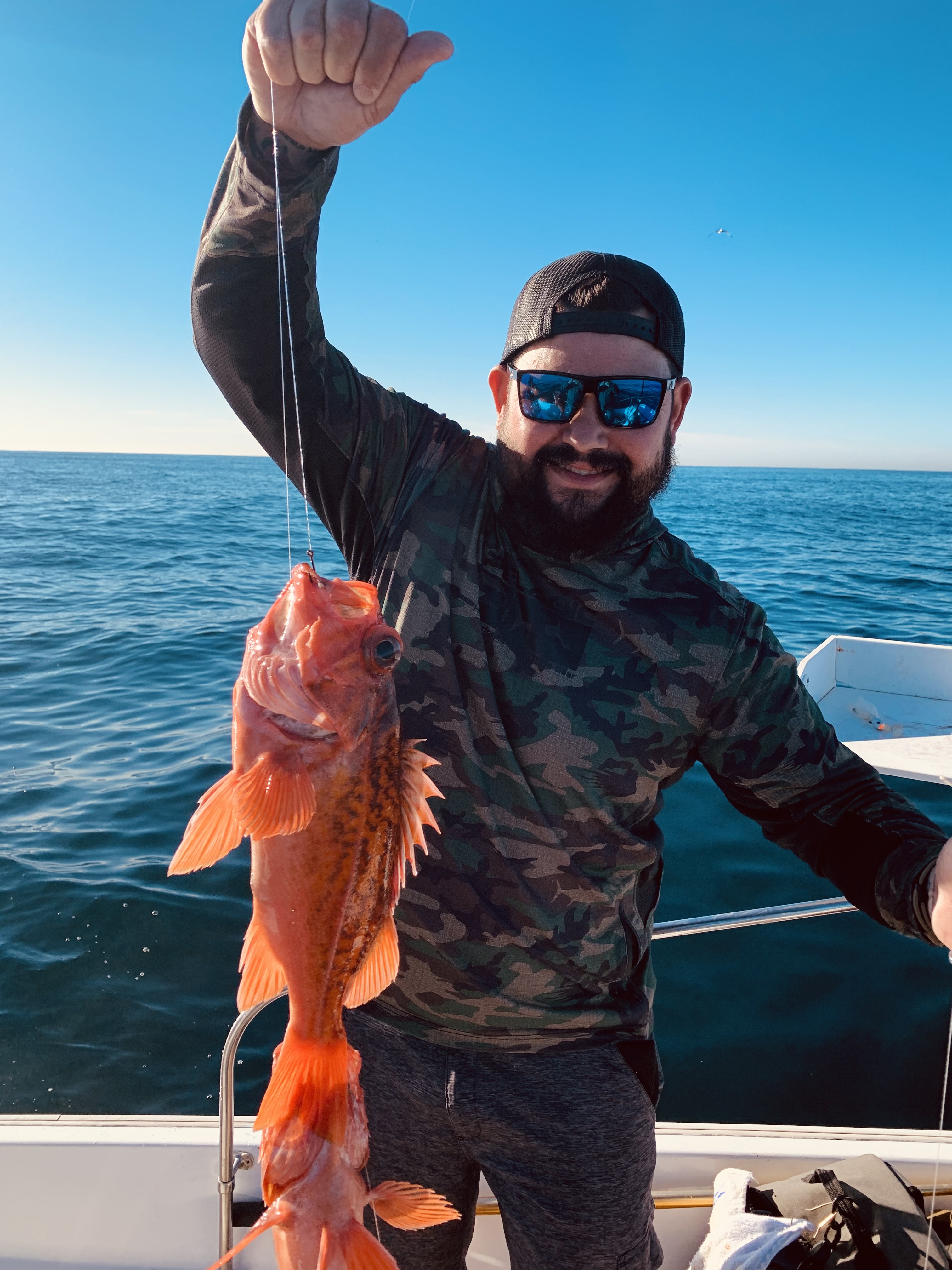 Great report, right on with La Jolla. Was out there today dirty water, no current, 58 degrees.
Reactions: jeffkaiser
Upvote 0

Looks you had a great day. Thanks for the report.
Reactions: Secutor54
Upvote 0

I was also out in La Jolla yesterday afternoon until dark and the conditions in La Jolla were horrible. Flat seas & little to no wind, water was ugly though! Tried all the spots where I’ve caught fish before and only managed a couple whitefish and one red & a Sculpin. Good job at the 270!
Reactions: Secutor54
Upvote 0

RDELAY said:
I was also out in La Jolla yesterday afternoon until dark and the conditions in La Jolla were horrible. Flat seas & little to no wind, water was ugly though! Tried all the spots where I’ve caught fish before and only managed a couple whitefish and one red & a Sculpin. Good job at the 270!
Click to expand...

We gave it an honest shot for about 45 minutes and moved after hitting 3 or 4 spots and it was just dead. I will say that the amount of bait and dolphins I saw due west of Mission Bay is gonna go boom as soon as the water hits 62-63 degrees and cleans up a bit. Good effort and good luck. You’ll gettem next time!
Reactions: RDELAY and SMYLEE
Upvote 0
S

running out to that 270 on Saturday. Thanks for the motivating post!
Reactions: Secutor54
Upvote 0
Show hidden low quality content