Owed one of my kids a birthday trip. He was so fired up to go, it was like one one of those overhead pitches that Little League hitters swing at.

Launched before midnight. Shared my test run and gave a Mexican bystander a little 300 yard run in the harbor. Offloaded the bystander and we took off to winds and chop that seemed wilder than Windy.com forecast.

There was a big period swell with wind slop on it. We elected to stay close and work canyon edges. First stop, bell bouy.

Theorized that ebb tide would bring foragers to where harbor dumps into canyon. No luck.

Trucked out to Palawan. Thought maybe it's location would give us sandbags/RF love. Two passes, no luck.

Drifted all the way back to the bell bouy, bouncing rock cod jigs tipped with squid, for nothing but eel grass.

Had mild engine issues. Engine would start, and run ok at high rpm. Would bog and die at low RPM. I was sure it was fuel related. I had lowered idle rpm when running a home check on the motor recently. Reveal on actual issue at end of post.

My son knocked out sitting on the 6 gallon tank. Cold was starting to get to me, and decided to run back in and pull the plug.

He woke up long enough to get to heated seats in the Saab.

I loaded all goodies back in the car, ran off gas, pulled motor and...

F'N Eel Grass!!! Wrapped all around the prop. Musta been killing my idle at low RPM. Never rule out a snag on the prop.

Wishing you all better Memorial Day luck. Thanks to all the Vets! 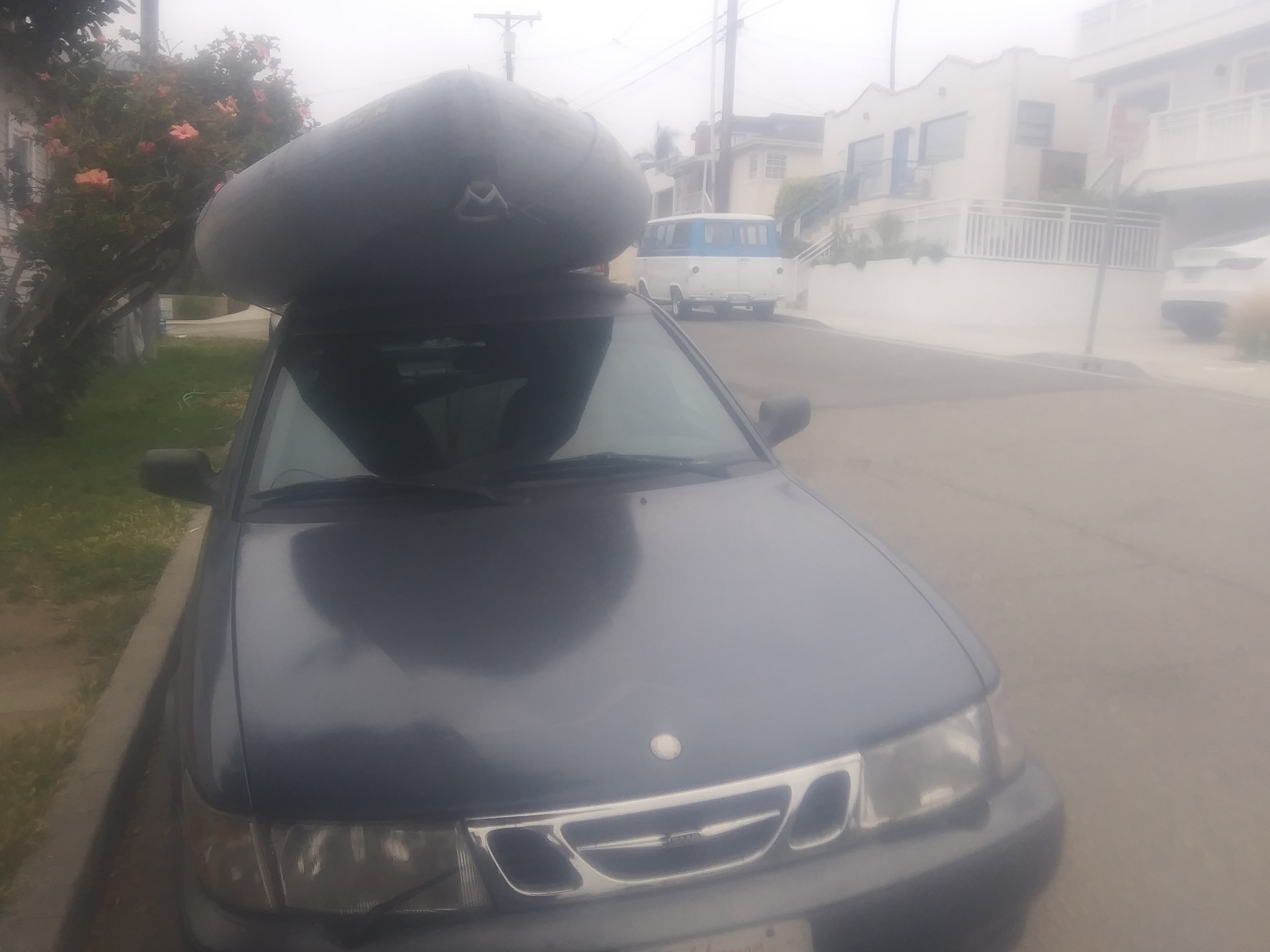 Great report and taking your son out for his birthday.
Any time on the water w/son=priceless.
Better days ahead

I always wondered what the Redondo area fished like. Thank you for the heads up about the eel grass fowling your prop.

I just looked up boat ramps in the area and ran into the Redondo Beach Marina and they use a boat hoist. That seems so cool and terrifying.
Reactions: FishinMcNuggets
Upvote 0

I know most people hate to see their pride and joy hanging from a pair of nylon slings, but they have decent rates, and eons of history doing it.
Toggle signature
J'eat it?
Reactions: onehottip
Upvote 0

Teaching kids how to fish

Hey,
On your engine running rough at low RPM- try running some Seafoam in your gas tank. It will probably clean up the gas pathways and end your problems.
Just a thought and a cheap way to try to end your rough engine running issues. Walmart for $7 or less,
Good luck-
Upvote 0
W

When I would run the boat in the driveway, I would pull off the gas line and spray in Berryman B-12 carb cleaned and let it run for a minute and then shut down. Every time I pulled the carbs, they were pristine. That was a 79 Johnson 55 hp that served me well for over 10 years.

Watch the eel grass. Last year I had a wad on the prop and it actually breached the seal. Luckily I caught it before it did any damage. Just noticed some oil spots on the driveway. Had to pull the bearing hub to clean up everything. Oil was milky, but changed it and no problems.
Upvote 0
Show hidden low quality content
You must log in or register to reply here.