My weather sources were all over the place for today. One said barely a whisper of wind, another said 20-30mph all day. So I figured I'd head down to the harbor, and if it was too windy at the launch then I'd turn around and head home, but otherwise I'd just plan for the afternoon wind. And with the clock moving forward, it was as easy as could be to wake up before sunrise.

Arrived at 0700 at Channel Island Harbor ramp, didn't seem bad at all. Maybe up to a 5kn wind. Wasn't as cold as I thought it'd be either. 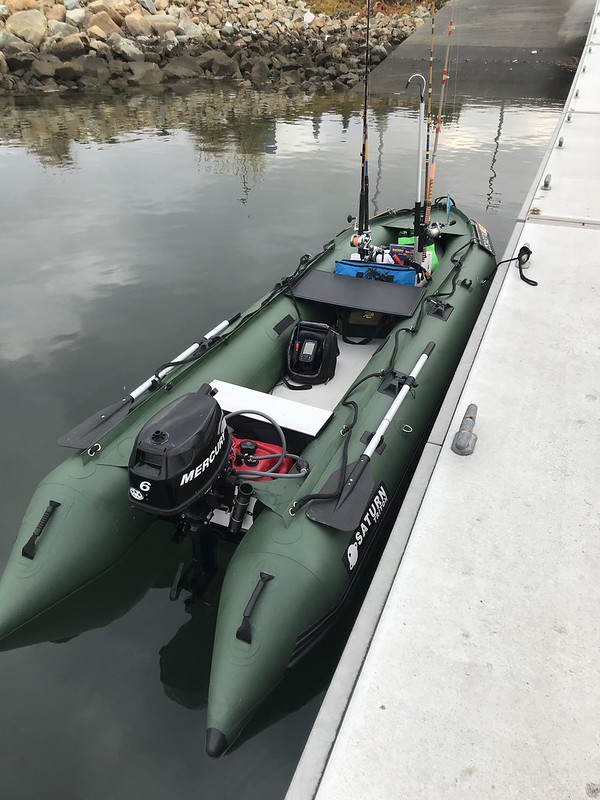 First stop was Hueneme Canyon, looking for my first sablefish. First stop was in 530ft which was shallower than I wanted to be (said no one ever) and I set up wrong. I thought I'd be scaling the wall of the canyon fairly quick but I wasn't, and no bites. So I reeled reeled reeled up and reset in 800ft of water. Still more shallow than I wanted to be. A short period was making me a little queasy so I found myself working hastily. Soaked that for a bit, before some birds were chasing bait for a solid 10 minutes nearby, so I couldn't help but reel up and chase that. Though by the time I got to them it was a whole lotta nothin'.

I had come to my senses about how ridiculous a 1000' drop was about to be, so I decided to check a couple potential rockfish spots a few miles away. On my way over, I saw a whale spout. There was a whale watching boat creeping up on the whale so I didn't hang around so as not to mess with their operation.

Continuing my way over, in a mess of scattered broken kelp stringers, something big rolled on one of the stringers. Like sea lion or good size shark? It didn't come back up, so I got killer vibes. Then a stringer caught on my motor, blocking my cooling intake, so I had to sit idle to pull the stringer off the motor for a second, right by where I saw the sea monster roll....

Arrived at my rockfish spot. 200ft of water. Started getting nibbles fairly quickly, decent amount of bait down deep on the sonar. Then the bait left and I stopped getting nibbled. Reeled up and found I had a decent dab. Skunk off.

Moved over a little for the next drift. Nothing for a few minutes, then I got slammed. For lack of bites prior, I had a feeling of what it was.

And I was right. 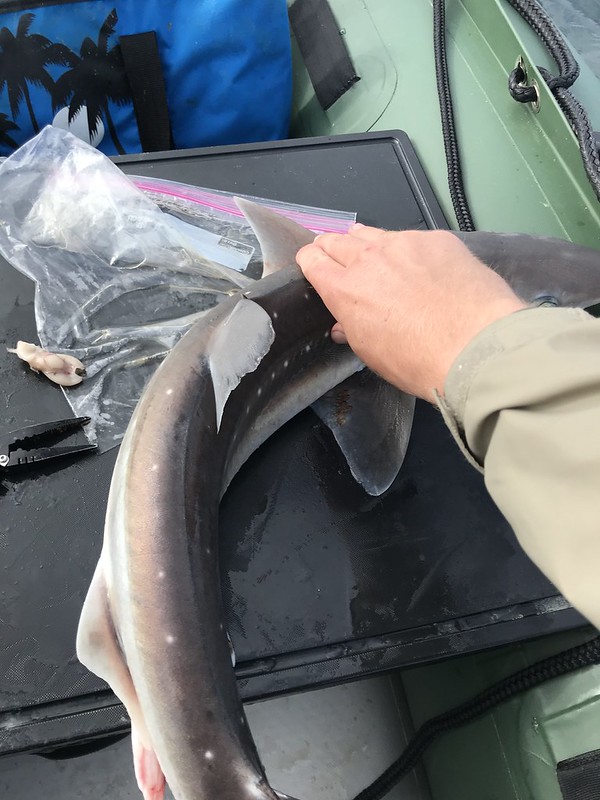 Spiny Dog. Pretty cool, for about 3 seconds. Then it tangled the hell out of my line so I had to bring it aboard. 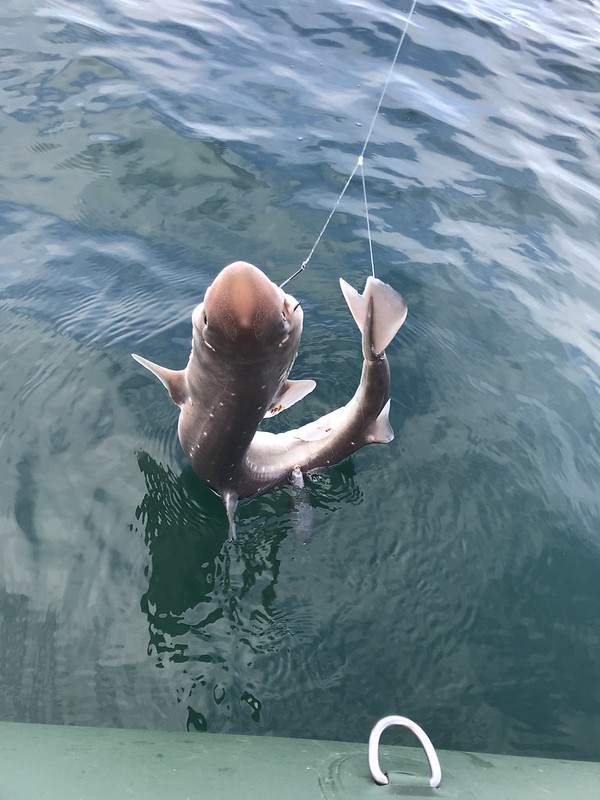 Found that my eBay 7/0 live bait hooks are trash (surprise) when I tried to unhook him with pliers and I was just bending the hook shank around instead of making way on the barb. Cut my line in 3 or 5 places and let him go.

After that, I figured I didn't want to deal with another pinback, and there didn't seem to be much else around. So, being that I'd exhausted all my dumb ideas, I decided to head in. I had a little left in me so I ended up stopping on the breakwall for about 30 minutes pitching a fly lined squid at the boulders. Got robbed once.

When I got back to the ramp, a DFW surveyor practically popped out of the bushes to ask me some questions about what I was targeting. The sablefish thing threw him for a bit of a loop.
Last edited: Mar 14, 2021
Toggle signature
insta - @thisisnotjeremyrodda
Reactions: One_Leg, James Taylor, 805mike and 4 others
Upvote 0
P

Oh man, what an effort! Good on ya'. That's a cool looking rig you have there. Have fun and stay safe. The fishing am deathly weather will only get better from here on. March is funky.
Reactions: jrodda and breaking wind
Upvote 0

wildlife.ca.gov
Toggle signature
Better to do battle and lose than not to do battle at all
Reactions: Jax Mikkelsen and Tom123
Upvote 0

mullet said:
Might want to do a little educatin' here