Headed out with Sandro at the helm, and 25 anglers headed directly for Tanner Bank against some substantial weather.
Arrived at 10:00 PM, hit a number of sonar marks at 240-280 feet with jigs for zero bites. After a couple of hours, it was obvious they did not want to bite, though the search went on all night. Virtually everyone went to bed.
Daytime was still very rough weather, but several sonar marks resulted in a steady plunker bite on 20-25 pound tackle, matching fluoro, and either an Owner #4 Mutu circle hook, or a #2 Owner Gorilla Light J-hook. Mostly flylining, but a handful caught with rubberband/sinker rigs.
Various hooking methods worked, shoulder, belly, and nose hooking all caught fish.
Most of the bluefin were 15-25 pounds, but a handful of 40 pounders and one 75 pounder were decked; about 50 total for the first day.
Again zero bites in the dark, but around midnight the weather came way down, and Sunday dawned to almost perfect conditions.
The action was very similar, though the grade was almost exclusively 15-25 pounds, and again a little over 50 bluefin were caught. A couple of bites on sniper-type jigs, but all of them pulled the hook.
A few stops in the dark on the way home resulted in a couple of bites on the deep dropped jigs, but all were the same 25-ish pound grade.
As always, the crew of the Pacifica were exemplary.
I was fortunate enough to land that 75-pounder on 20-pound line after a 90-minute fight, and the crew's quick work with the "fork" kept the fish out of the prop, and saved the catch.

Photo is a typical schoolie-grade bluefin. 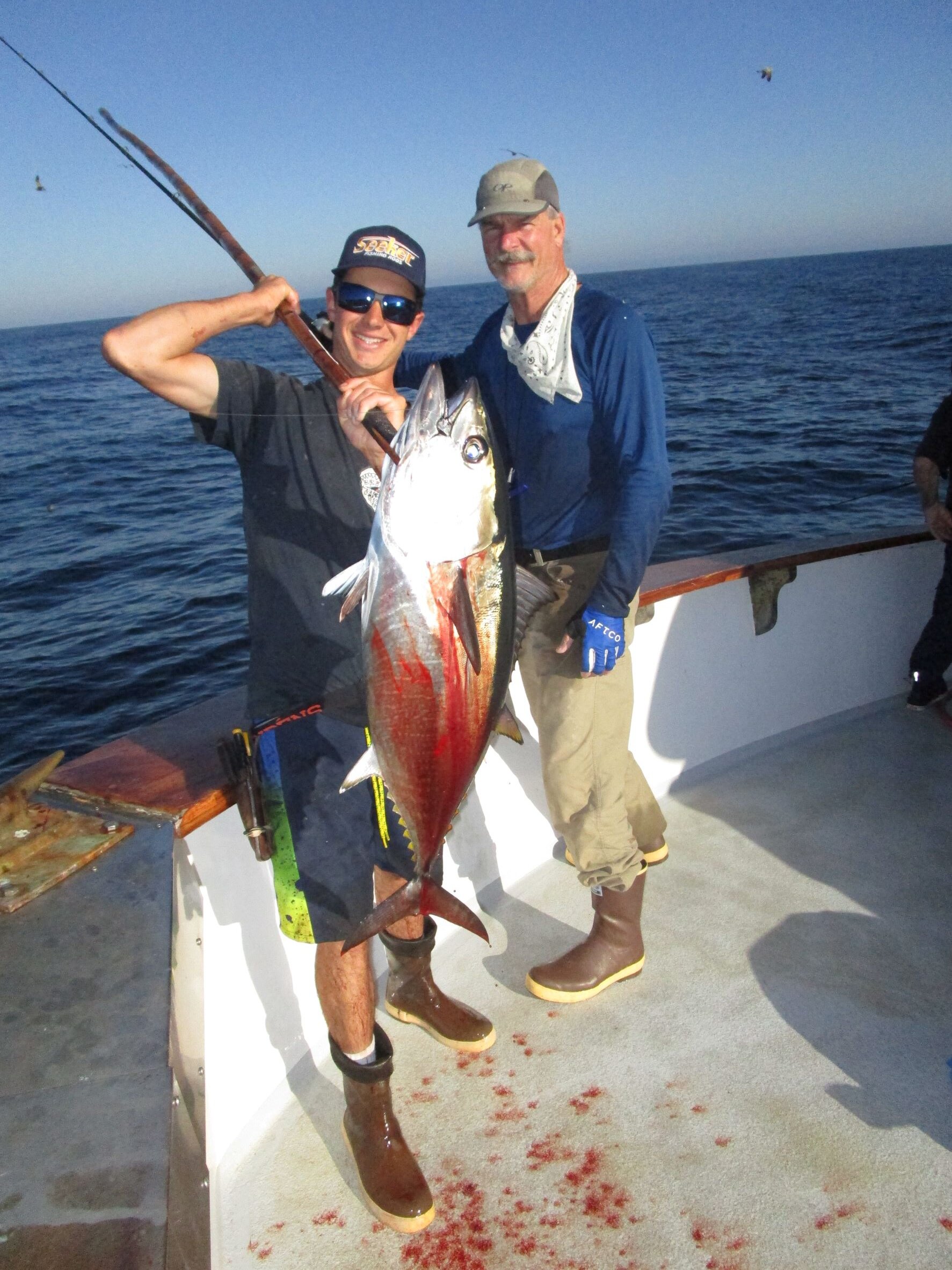 Last edited: Nov 23, 2021
Toggle signature
"The best kind of fish in the world is the one on the end of your line"
Penn Pro Staffer
Reactions: caballo del mar, Pescador7, Cubeye and 21 others
Upvote 2

Thanks for the report - heading out with them on a 1.5 Day leaving 11/26
Reactions: Tunahead
Upvote 0
W