It is time to let my baby go, life changes and this doesn't fit my boating needs anymore. This is an AWESOME little boat. It has decent room for a 15 footer and it handles the water great. I was just fishing 2 weekends ago out of Sequim, WA in 4 foot wind waves and 40MPH winds and we were never worried about the seaworthiness of the boat. We were cold and wet but never scared. This boat has taken many salmon, sturgeon, steelhead, halibut, tuna, lings and other bottomfish. Also its great for crabbing and shrimping. I have used it mainly for salt water fishing out of Neah Bay but its a great river boat as well. I have hit high alpine lakes in central Idaho, ran the Clearwater, Snake, Coeur d'Alene, Pend Oriele, Columbia, and many other bodies of water in Idaho, Oregon and Washington. I've had the old girl 75 miles offshore out of Westport fishing for tuna and explored the San Juans all in the same week. Its light, easy to trailer and its a fishing, exploring, adventuring machine.

A little on the design of the hull. Stabicraft boats are made in New Zealand, and they are made to fish New Zealand waters which are well known for being some of the roughest waters in the world. This boat has sealed chambers for positive buoyancy meaning that you can't sink it without drilling a bunch of holes in it. She also has a self bailing deck so if for some reason you get a rouge wave that swamps the deck it will all just flow out the scuppers. She slaps a little in a light chop but handles big water really well. 8+ foot seas with some wind chop during halibut openers doesn't bother it too much. It has large, hard reverse chines and is a very very stable platform.

A little history on the boat: The hull is a 2010 but original owner bought it new in 2012 and pieced it together, Hull from one place, motor from another, trailer from a third, electronics from a different place... you get the picture. He ran it out of Friday Harbor for about 5 years and traded it in for something different to Sundance Yatchs in Blaine, WA. When I got the boat in June 2017 it had less than 100 hours on it. Now it has just north of 600 hours on it. I have used it in all the places I mentioned above and have always had her service taken care of. I will have it in later this week for a service. I have never had any problems with the boat and it has run flawlessly for me everywhere I have taken it. Since I have owned the boat I believe the longest it has gone without running is about 6 weeks. So it has seen regular use and it will continue to get used till she sells. This is a turn key boat. Downriggers, balls and clips all included. All you need is tackle and poles and it will start catching you fish.

Please feel free to shoot me a text or give me a call for more info or if you have any questions. Hop on this now and get on the water while everyone else is in self isolation! The weather is getting better, get into a boat early so you are ready for the summertime!! I will be happy to put it in the water and let you take her for a cruise anytime. Pick a windy day when the weather sucks so you can see where she really shines.

Price is 19k OBO and I will deliver to anywhere in Oregon/Washington/NorCal for free if needed. 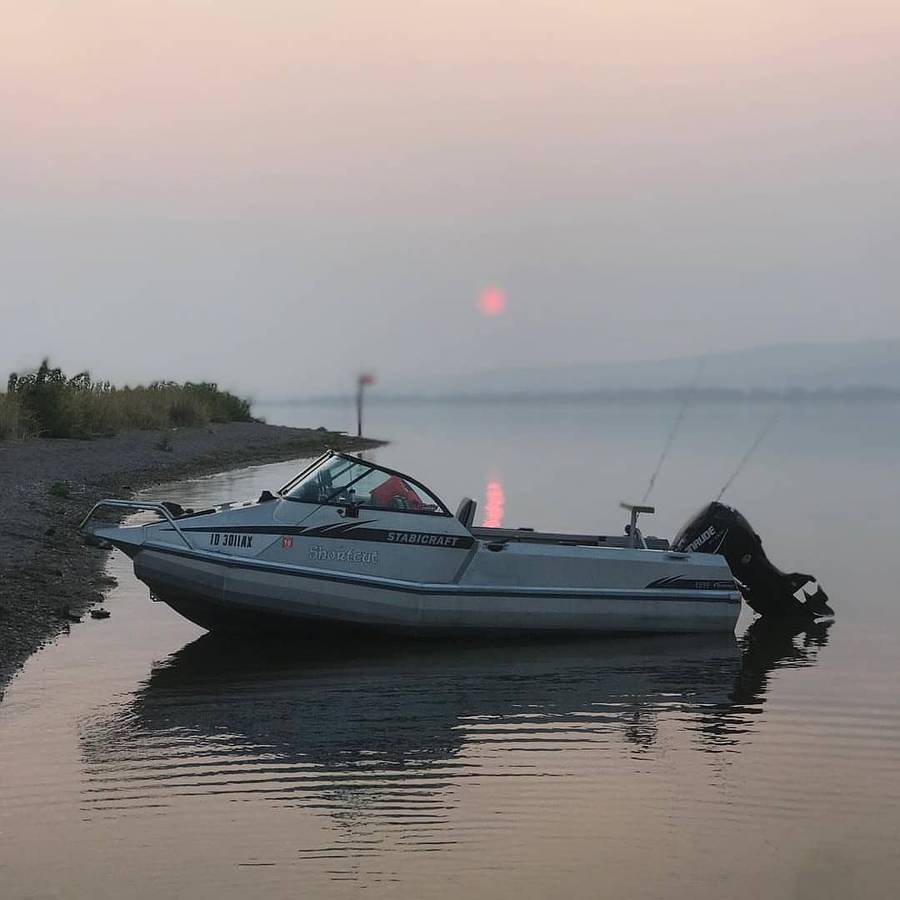 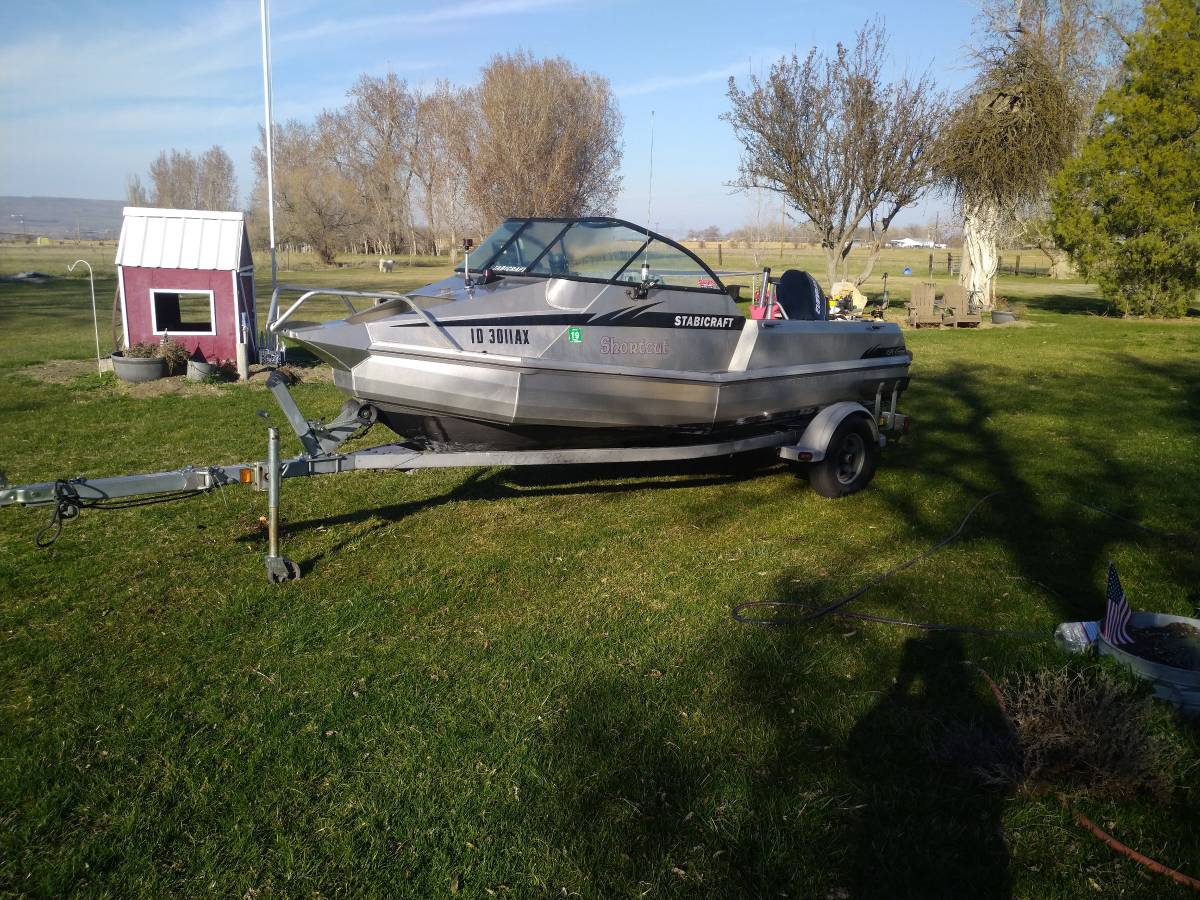 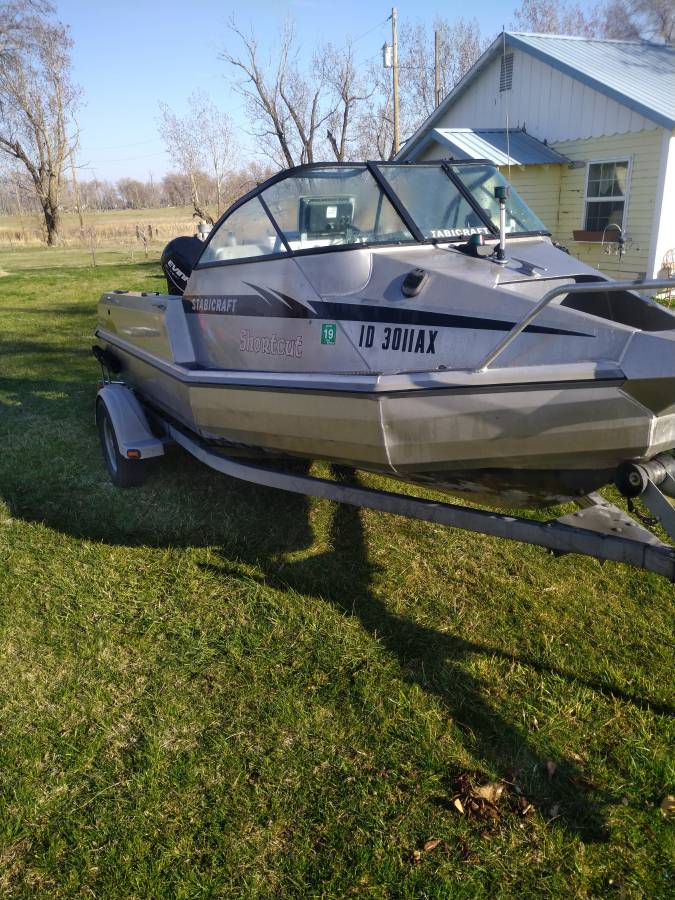 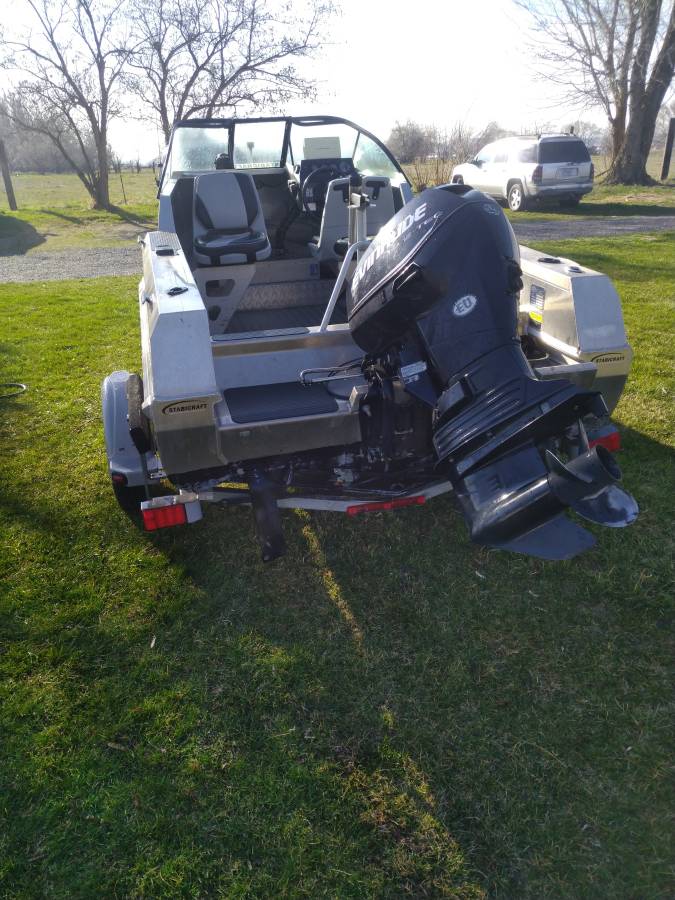 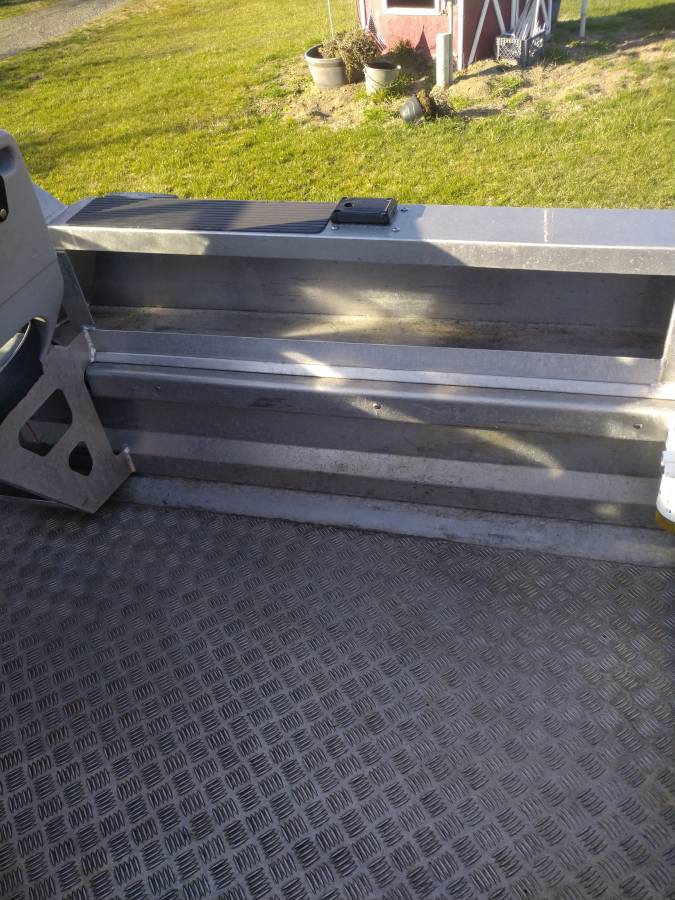 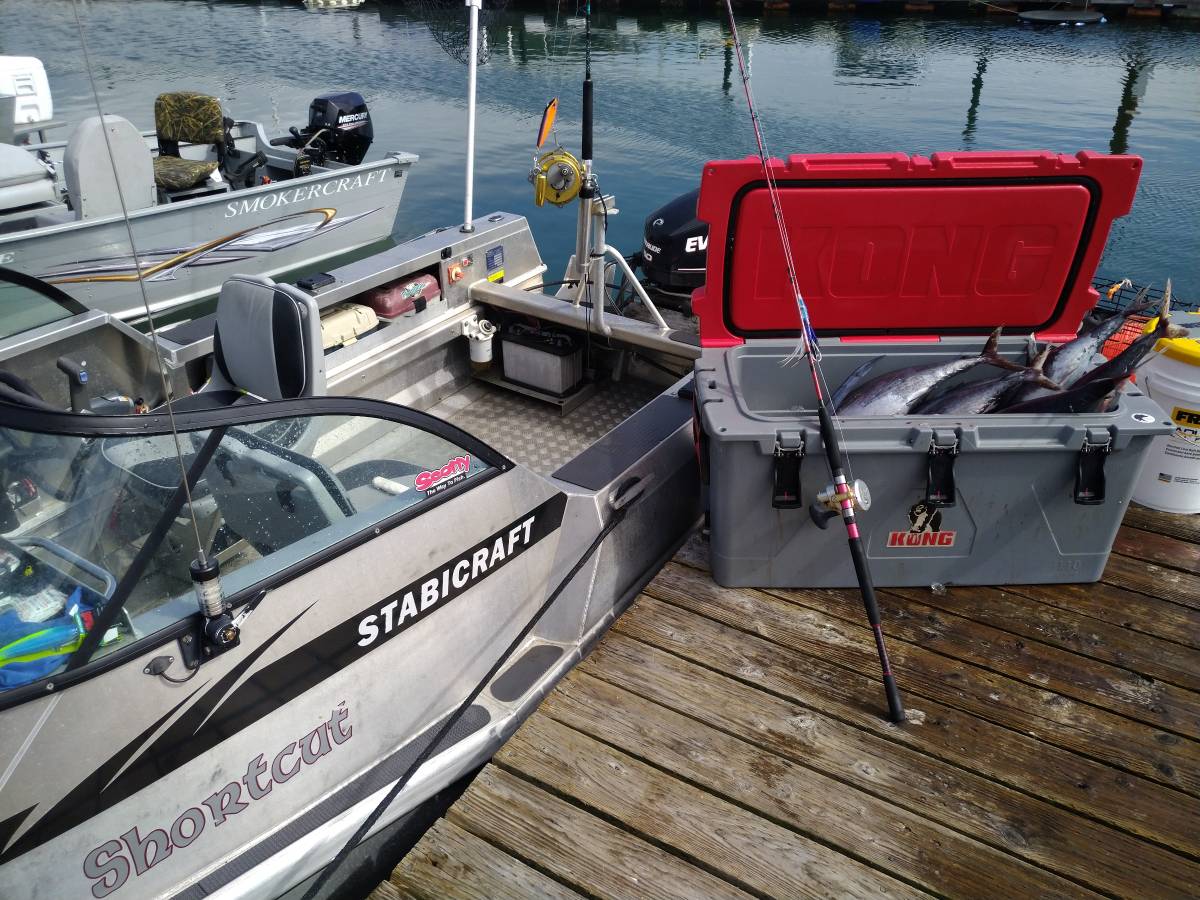 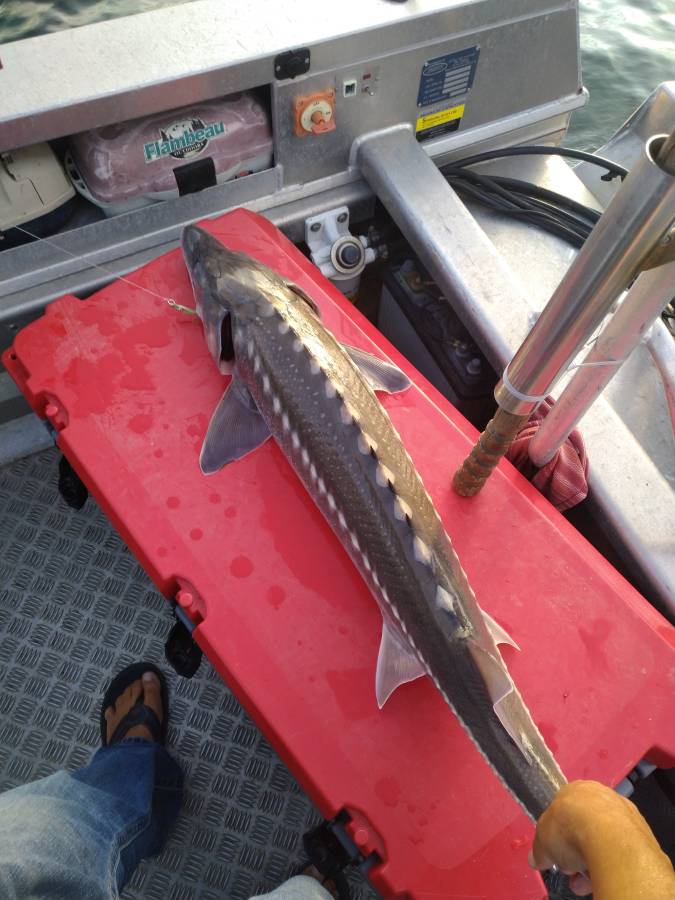 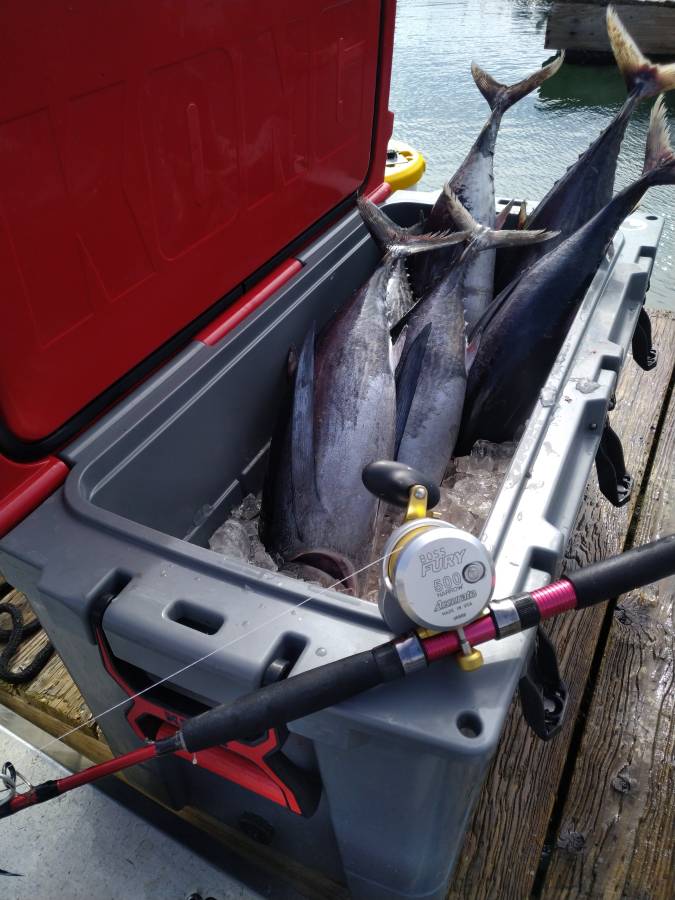 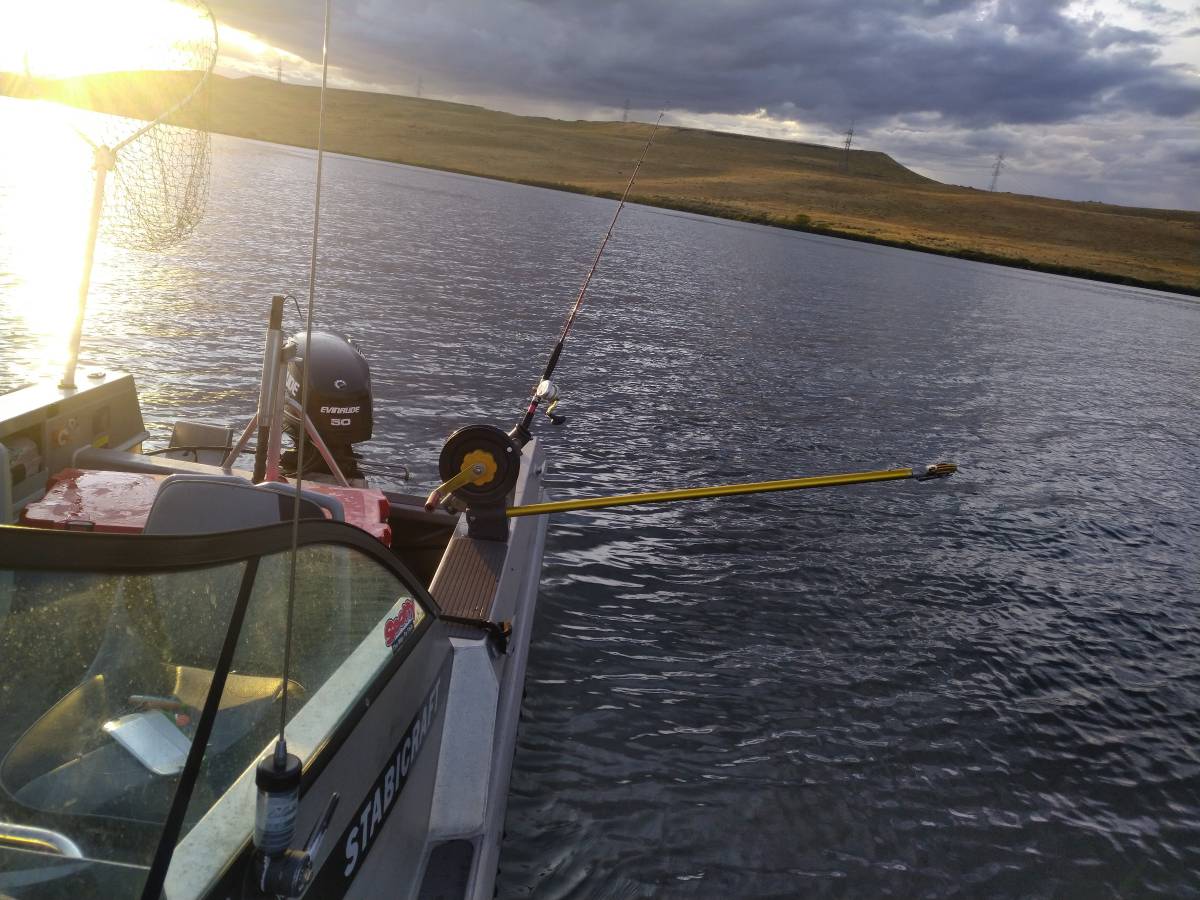 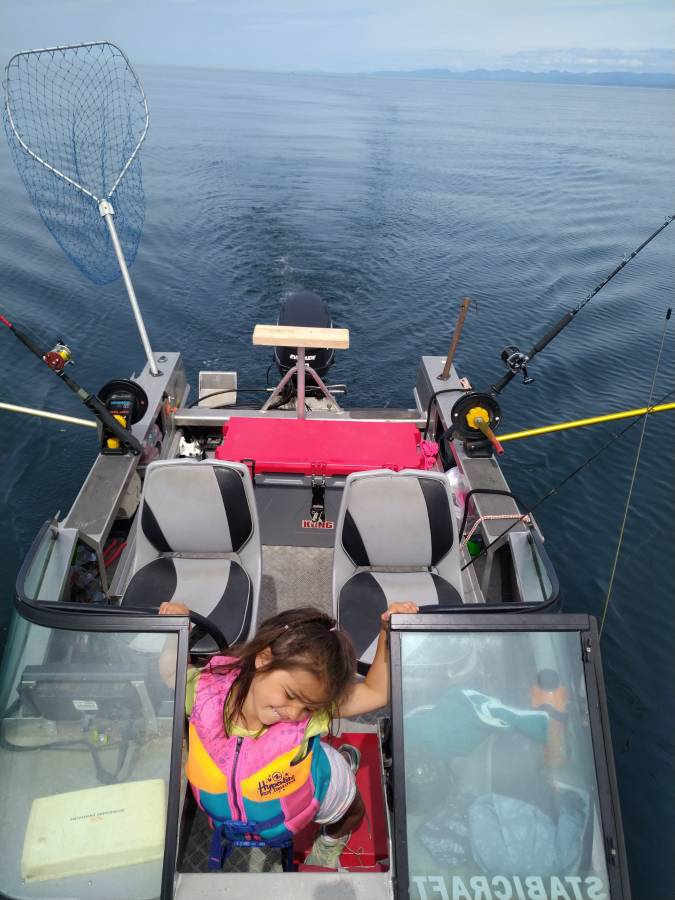 GLWS! I've been interested in these boats every since my buddy shared this video with me.

seanstewart said:
GLWS! I've been interested in these boats every since my buddy shared this video with me.

It's been an awesome boat for me. Unfortunately gramps is getting really old and he needs something with a cabin and air ride seats. It actually is my dream boat and I wouldn't sell but getting him out on the water is the most important thing to me.
Toggle signature
Keep Chargin' !!!
Reactions: Haly0, boxturtle and WestcoastSavage
Upvote 0
N

Great looking boat, do you happen to have an approximate weight on trailer? Looks like it would be a great boat for someone that wants a easy tow in a smaller vehicle.
Upvote 0

NTCoast said:
Great looking boat, do you happen to have an approximate weight on trailer? Looks like it would be a great boat for someone that wants a easy tow in a smaller vehicle.
Click to expand...

I believe the boat and trailer loaded is somewhere around 1500 lbs. I can pick up the tongue and move the boat around by hand.
Toggle signature
Keep Chargin' !!!
Upvote 0

These little boats are built to last forever. Cut threw the water and setup for commercial fishery's dive and hardcore fishing.Sick boat

You're right, this thing is a tank! spread the word for me brotha.
Toggle signature
Keep Chargin' !!!
Reactions: WestcoastSavage
Upvote 0

Hello
I am very interested in your Stabicraft. I live in hawaii and we have crazy waters out here.
I have a brother in seattle as I cannot fly until this thing is over Grrrr but I have been looking for A Stabi
will your rig fit into a container?
how long can you stay out for or distance you could travel?
anyway I am interested
Thanks Eric
Reactions: Hard Chargin'
Upvote 0

Seems like a smokn deal. Someone is looking for this boat at this price.

Good luck, if I didn’t have mine, I’d be calling.
Upvote 0

Not sure how this works but text me and we can do the deal.
Upvote 0

Eric van said:
Not sure how this works but text me and we can do the deal.
Click to expand...

Eric post your number and I'll get a hold of you.

This thing will absolutely fit in a container.

As far as how long I can stay out, that just depends. I have done overnight trips but never too far on those.

As far as range goes. When going offshore I usually have 35 gallons total and I have cruised out 70 miles, trolled for 5 hours and cruised back in with over 5 gallons in reserve.
Toggle signature
Keep Chargin' !!!
Upvote 0

Seems like a smokn deal. Someone is looking for this boat at this price.

Good luck, if I didn’t have mine, I’d be calling.
Click to expand...

Thanks for the tip. I'll check them out.

Which model do you have?
Toggle signature
Keep Chargin' !!!
Upvote 0

Is it light enough to self launch with a dolly and wearing waders?
Toggle signature
07 FFL-Precision Rifle Builder
Hunt-Fish-Shoot
Upvote 0

Skkeeter said:
Is it light enough to self launch with a dolly and wearing waders?
Click to expand...

You mean back it down into the water by hand?

It could definitely be done. It just depends on how steep the ramp is for pulling it out.
Toggle signature
Keep Chargin' !!!
Reactions: Skkeeter
Upvote 0

Hard Chargin' said:
Thanks for the tip. I'll check them out.

Have the tides turned on coffee grinders?