It’s been a good 5 weeks or so since I’ve played with some bluefin. Been watching the counts and reading reports and was starting to get a real bad case of fomo. On Tuesday evening I started looking for a possible trip but my usual boats were booked up, so I started looking elsewhere and saw that a spot had opened up on the Poseidon leaving in the morning. Decided to just send it on short notice.

Boarded the boat before our 11 am departure and got settled in. Hit up the bait receiver and loaded up on small 3-4” sardines, with a few bigger ones mixed in. Captain Hunter gave us the rundown and informed us we would be headed to the outer banks for bluefin.

Made the long trek and arrived at the grounds around 1030pm. Surprisingly all 25 guys were up on deck ready to go with the jigs. We stopped on several schools of fish for nada. Sometime around 2am I’m the first to hook up on a jumbo on the fast wind on a 300g KB knife jig, but unfortunately after a short fight the fish came unbuttoned. Another angler hooked one right after, and after about an hour fight with 80lb line the fish hit the deck… 200lb class fish.

I’m now even more determined to get redemption. After another hour with no action I switched to a 320g Crimson Glow Nomad Streaker. Not even a few drops in with it I’m utilizing a stop and go retrieve, right after pausing for 5 seconds I turn the handle to start burning and get hammered.

I knew this was a good one. I was able to pull hard from the jump and get the fish settled in, and was already making good gains using the rail 5 minutes in. The fish eventually took me to the stern and then back up to mid ship where I got her settled in good again and gained until she was about 30ft down, so close I could almost taste it. She had other plans and bee lined it for the stern, all the way to the downwind side. I cranked on her the entire time and was able to get her to color. She made a last ditch effort back across the stern where Hunter was waiting with the gaff and stuck her. The only problem was that the other two deckhands weren’t in a position to stick her at the same time as well, leaving Hunter hanging on for dear life as this fish was HOT doing some high velocity circles, nearly pulling him overboard, and in the process jacking up his back. Eventually they were able to get the other two gaffs in her.

I got to hear that beautiful thud when she hit the deck… 206lbs. And now my new personal best. So stoked to have landed it on my own gear, crimps, jig hook modifications, etc. Feels extremely gratifying.

Killed this fish in under 30mins using a Penn Visx 16/UC 76 Centaur, 100lb braid to 200lb mono leader. Only had the rear hook in her, Mustad 7/0 assist hook, and it was straightened out!

These were the only jig fish of the night. Day time fishing was very tough for our boat to say the least, apparently it was good for many of the other boats in the same zone though. It was very apparent that our captain wanted to find his own fish away from the fleet, which I understand. Just didn’t pan out well for us this time.

In the afternoon we stopped on a very large spot of fish, captain informs us that the fish he’s seeing are small fish and to use our finesse setup. I decide to drop a 140g Pink/Blue SK jig on 65lb and get murdered on the drop. Line starts dumping, umm this isn’t a small fish lol. Another angler hooks up almost simultaneously using a Diamond jig, fish was so heavy he thought he was stuck on the bottom. About 30mins into the fight the deckhand was able to get a good look at my fish and says “muy grande” but every time I’d get her close she would make a 100 foot run in the blink of an eye, and eventually the hook popped on one of these runs. The other angler’s fish was landed, looked to be in the 150lb class.

We stopped on a few more spots of fish with only 2 fish to show for it. I was able to nab one of them on the finesse flyline. At around 5pm we started to skip the flyer and it took no longer than 5 mins to connect on a cow, my number was called first but I passed it on. I believe we landed 3 more kite fish between 180-228lbs until sundown. We stopped on a few schools in the dark with no success before we had to call it. I donated my fish to be split up amongst the boat so that everyone had fish to take home. We all worked hard, fishing our asses off for 22 hours straight.

Super stoked I jumped on this trip on a whim. But I’d be lying if I said I won’t lose sleep over those lost fish! Shout out to the boys on the Poseidon, good times on the big pond. 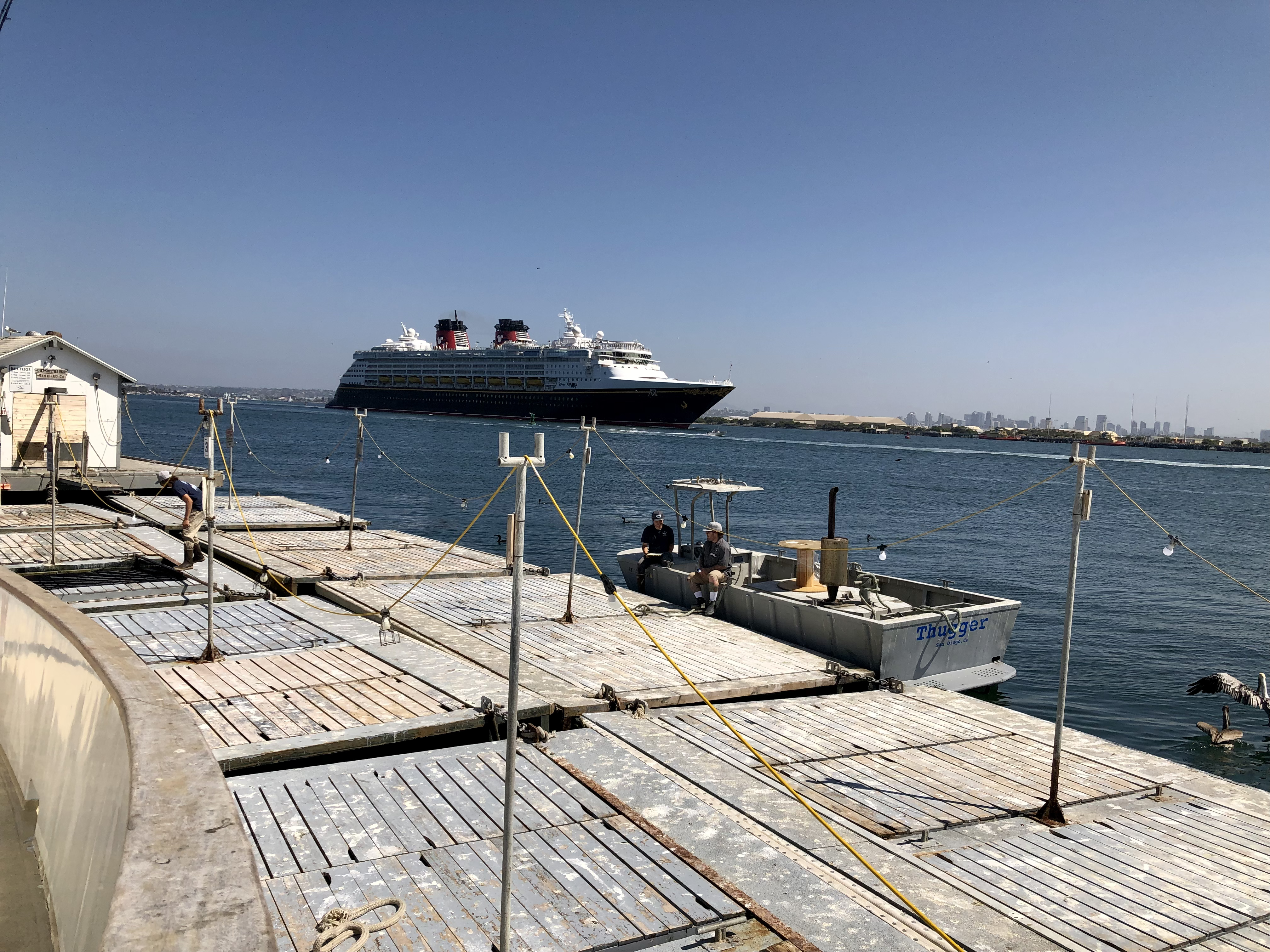 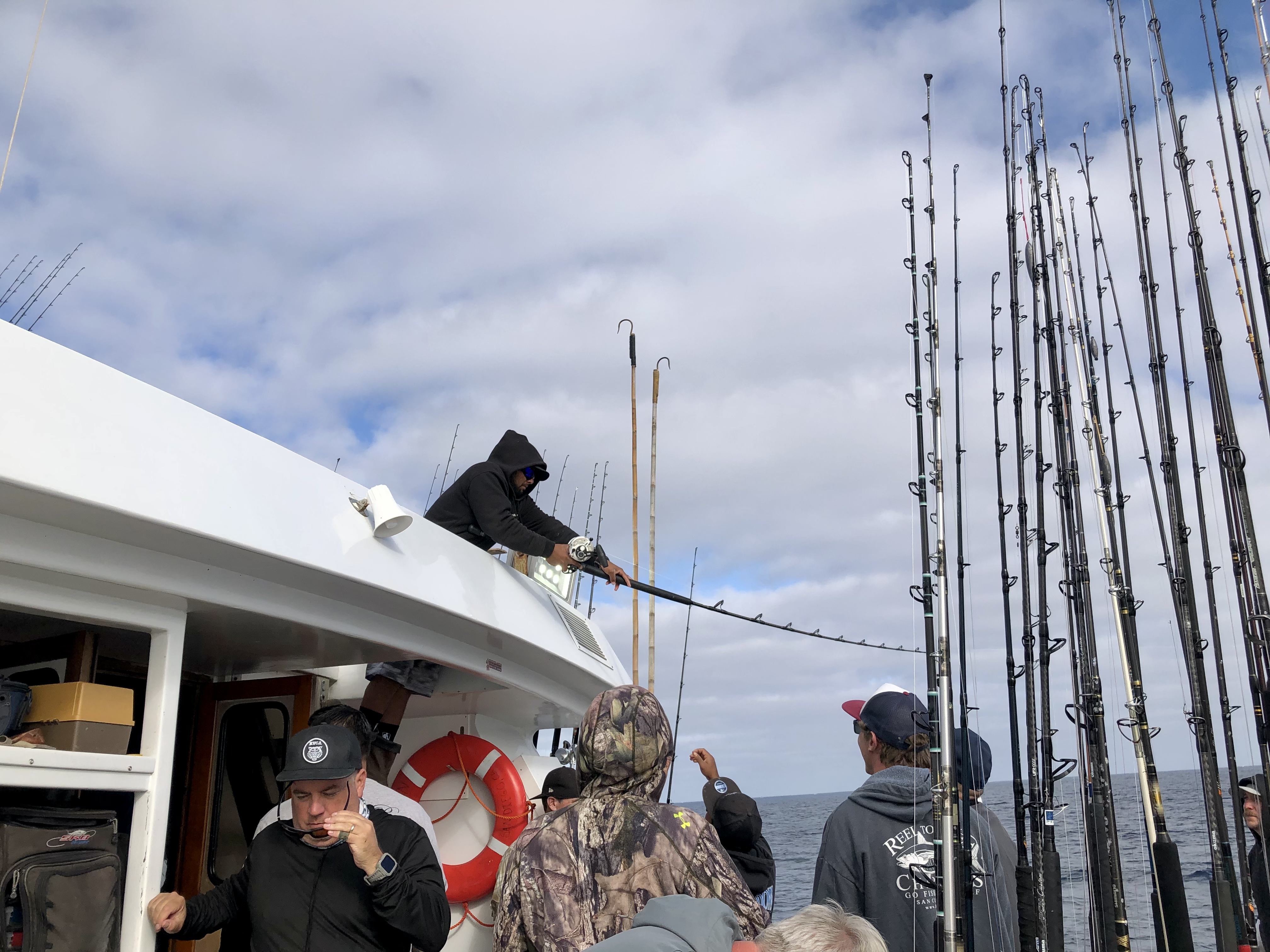 Shared/Donated BFT taste so much better than frozen BFT, Good on you man.
Toggle signature
I CATCH IT. I KILL IT. I CLEAN IT. I DON'T DELIVER IT!
Reactions: Ahkhuang, Billy L, Abusaade and 3 others
Upvote 0

You are a seriously good dude to both pass on your kite rotation and share out your fish.

Karma comes in lots of flavors, and I'm guessing yours will taste pretty good.
Reactions: Ahkhuang, kevinkim6383, Rabid Fish and 7 others
Upvote 0

Beautiful fish, thanks for the report!
Toggle signature
He' on again?
Reactions: Ahkhuang, Billy L, locvetter and 1 other person
Upvote 0
L

Great report and fish. Thanks for sharing.
Toggle signature

Appreciate it man. Straying away from your usual boats is always iffy, but I’m stoked it worked out.
Reactions: Ahkhuang and Billy L
Upvote 0

watersdeep said:
Shared/Donated BFT taste so much better than frozen BFT, Good on you man.
Click to expand...

Made 25 friends. Good vibes, and there wasn’t “that guy” on the boat. Everyone goes home with fish and all is good

2tuna said:
You are a seriously good dude to both pass on your kite rotation and share out your fish.

Karma comes in lots of flavors, and I'm guessing yours will taste pretty good.
Click to expand...

I always wish that everyone on the boat get to pull on some fish, and take some home! That’s what we’re all there for. Share the stoke, and let the rest take care of itself.
Reactions: palella09, locvetter and bassnet
Upvote 0

Nice job, thanks for the report!
Reactions: Mark C.
Upvote 0

Way to go and Congrats on your PB!
Reactions: Mark C.
Upvote 0

Nice! It looks like you lucked out with that one hook that got straightened out
Toggle signature

You're a better man than most. Good on you!
Reactions: Mark C. and Billy L
Upvote 0

Compliment on the fish sharing. I haven’t got a cow yet. Hopefully that would change on my sept 26 2 day trip. With my 7 cu. ft. half full, 100-150# of filet would mean giving most away anyways. So good karma for you that you fellow fisherman got to take fish home. I’ve been on trip when I skunked and others got limits.
Reactions: Mark C.
Upvote 0

longboard85 said:
Nice job, thanks for the report!
Click to expand...

Jkikkawa31 said:
Way to go and Congrats on your PB!
Click to expand...

Thanks James! Sorry I failed you this time haha. I’ll see what I can do next time!
Reactions: Jkikkawa31
Upvote 0

Mr. DRE said:
Nice! It looks like you lucked out with that one hook that got straightened out
Click to expand...

Definitely was fortunate to have landed that fish. Lot of success stories with these hooks, they’re pretty stout. So I was surprised to see it
Upvote 0

Billy L said:
Compliment on the fish sharing. I haven’t got a cow yet. Hopefully that would change on my sept 26 2 day trip. With my 7 cu. ft. half full, 100-150# of filet would mean giving most away anyways. So good karma for you that you fellow fisherman got to take fish home. I’ve been on trip when I skunked and others got limits.
Click to expand...

The less fish you have left in the freezer the more reason you have to book more trips!
Reactions: Billy L
Upvote 0