I posted this in the fishing report section but figured I’d put it here, too…

I was able to book a spot for my friend and I for this trip last October. I haven’t done anything longer than a 1.5 day trip, and other than a recent bluefin trip, haven’t done an overnight since albacore days. My friend has never fished offshore. I knew we were in for a great time, but had no idea of the adventure it would be.

We left Seaforth just after 10am with bait already onboard. 22 guys and 1 lady, and all seemed to be way more experienced than me or my friend haha. Galley was lead by Junior with Noe from the Cortez helping out. Deck was handled by Johnny and Julian. 2nd captains were Jordan and Kalani. In the wheelhouse was Captain Aliyar.

Had a quick rundown in the galley. Went over all safety info then onto the fishing. Couple of boats got good numbers on bluefin the night prior near Tanner bank. Aliyar said it would be an uncomfortable 9 hour ride out, and very rough conditions to fish in, but he felt it was doable. If it was too bad, we’d run down the beach for paddy yellowtail.

He wasn’t kidding. Probably 1/3 of the boat was sick that first night and didn’t even surface from below for the night bite. We got our first fish just as the sun was setting. Made for great pics. A nice grade and a good sign. By 2:30am the first night I had a 35 lb, and a 90 lb (my PB). Had lost 2 others, but the fish were angry and carnage was ensuing. Lots of tangles and lost fish/jigs, but the crew kicked ass and when I went to rest there were probably 40-50 fish in the holds up to about 120 lb. I swear it felt like the boat got air a few times while I was in the stateroom trying to sleep. It was very rough seas. Killer start, though.

Next day was scratchy. Still very rough seas. Lots of foamers but only a few produced bites if you had a popper. I did not, and bait/sinker rigs weren’t working. My friend got to bring in a nice 40 lb fish that Jordan hooked on the captains lightweight levelwind with a popper. Tail-hooked, so even more difficult. Otherwise nothing else for me or my friend during the day.

At 11pm we found a willing school. The next couple hours was really a site to see. We drifted on the same school for 50+ fish, mostly over 100 lb with some nearing 200 lb. I hooked and fought a big one, biggest I’d ever felt, but couldn’t avoid a tangle and lost both the fish and jig in the corner. I’m sure it would’ve bested my 90 lb from the prior night but oh well that is fishing. Couldn’t get another bite on that drift. Rough seas, big and angry fish, it was an epic night bite.

Next day we went looking to fill our final 20-30 fish for boat limits, but it was slow daytime fishing again. I fought another fish on Captain Aliyar’s levelwind (hooked on the popper by the deckhand Johnny) around the boat but he came off at color. We struggled throughout the day to find the fish needed for limits. I did end up getting a nice 25 lb on a fly lined sardine with an 8.5’ jig stick and Sealine 40 that my friend loaned me. Almost spooled me and was quite a fight using that rig but it was awesome. I fought it from start to gaff, no crew help, and even my own knot lol (I let the crew tie my knots for the big ones). Dinner that night tasted especially good because of that fish lol. After dinner at dark we found another school of big fish. I hooked another big one, and yet again lost it and my jig in a tangle. Oh well that is fishing. We made our boat limit around 2:30am and started the 100 mile south to look for kelp paddies.

Woke to our first day of decent weather. Just after a great breakfast the captain found a paddy with biters. My friend got his first unassisted offshore fish, a nice 20 lb yellowtail. I went 0 for 2 on that stop, and had a similar results at the paddies we found thru the day. Just before dinner we found a kelp with a lot of biting fish. I got 3 quick yellowtail, one on my 800xl and 20#. It was small but still fun as hell. Those three YT made dinner extra tasty, and getting to go to bed at a normal hour with a boat full of tuna was a nice feeling. I figured the nice daytime weather would lead to a nice night of rest. I couldn’t have been more wrong. We shut it down around midnight to drift thru the night but seas picked way up and we bobbed sideways in the trough all night. Heard shit crashing everywhere up top. Barely slept lol. I don’t think anyone did that night.

Next day was very slow, not many paddies to stop and fish. I went 1 for 3 on a good stop, with my 1 coming on a 20 yr old scrambled egg tady surface jig. That made my day

The captain pointed the boat towards San Diego at 8pm and called it a trip. We packed up our stuff, broke down our gear, and squared up our tabs. The crew worked non-stop on this trip. From the captain to each crew member, it seemed like they were busting their ass whenever I saw them. From making bomb meals and snacks, to tying knots, making good gaff shots, and even fighting fish for some, they did it all with a smile and good attitude while enduring very challenging conditions. We all felt really beat up by the end of the trip but I bet the crew felt it the most. They worked hard all trip and really created an epic, unforgettable fishing experience.

I know it’s sold out for pretty much all trips, but if you can get on the Polaris Supreme in the future I’d jump on the opportunity. 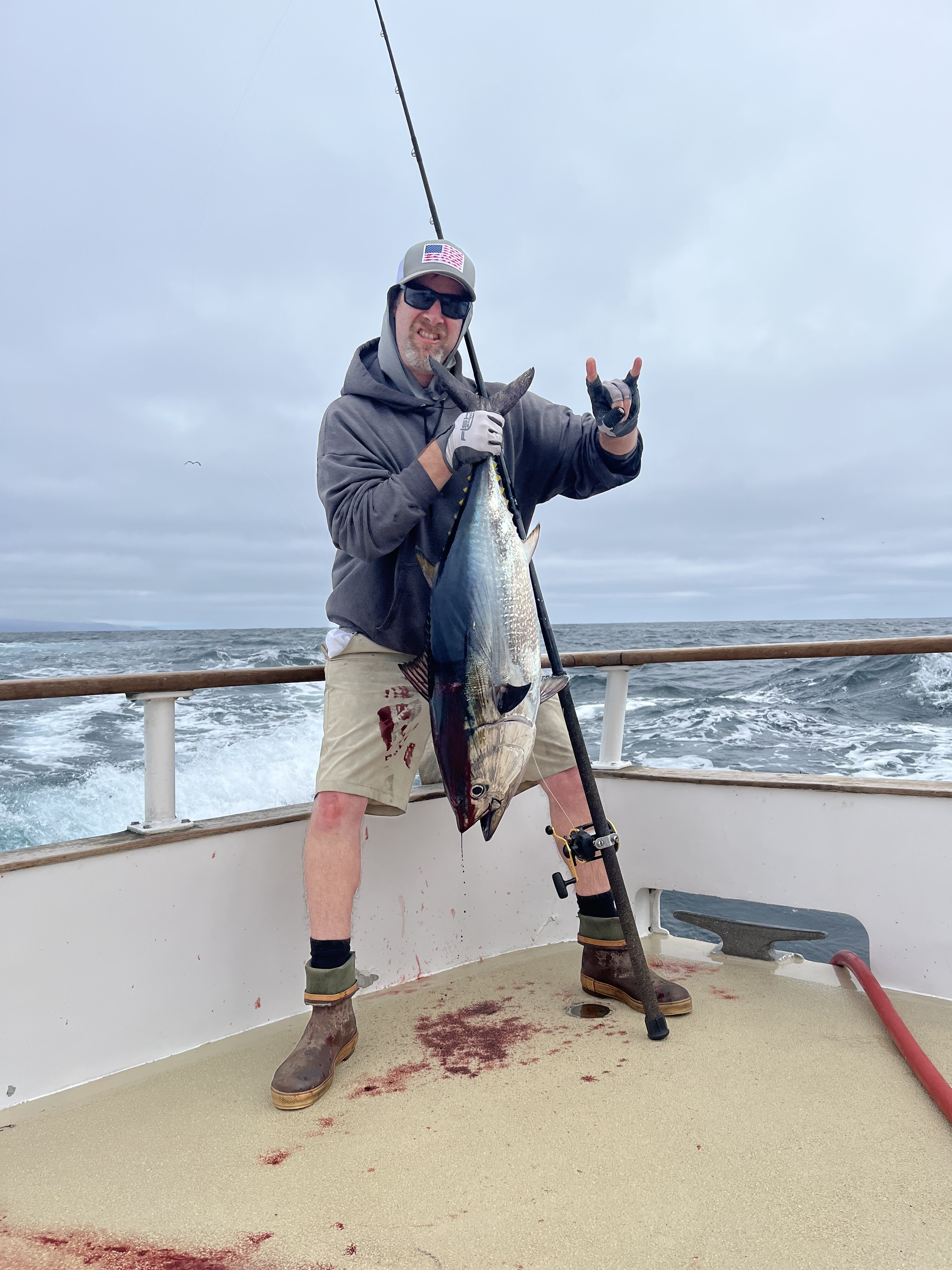 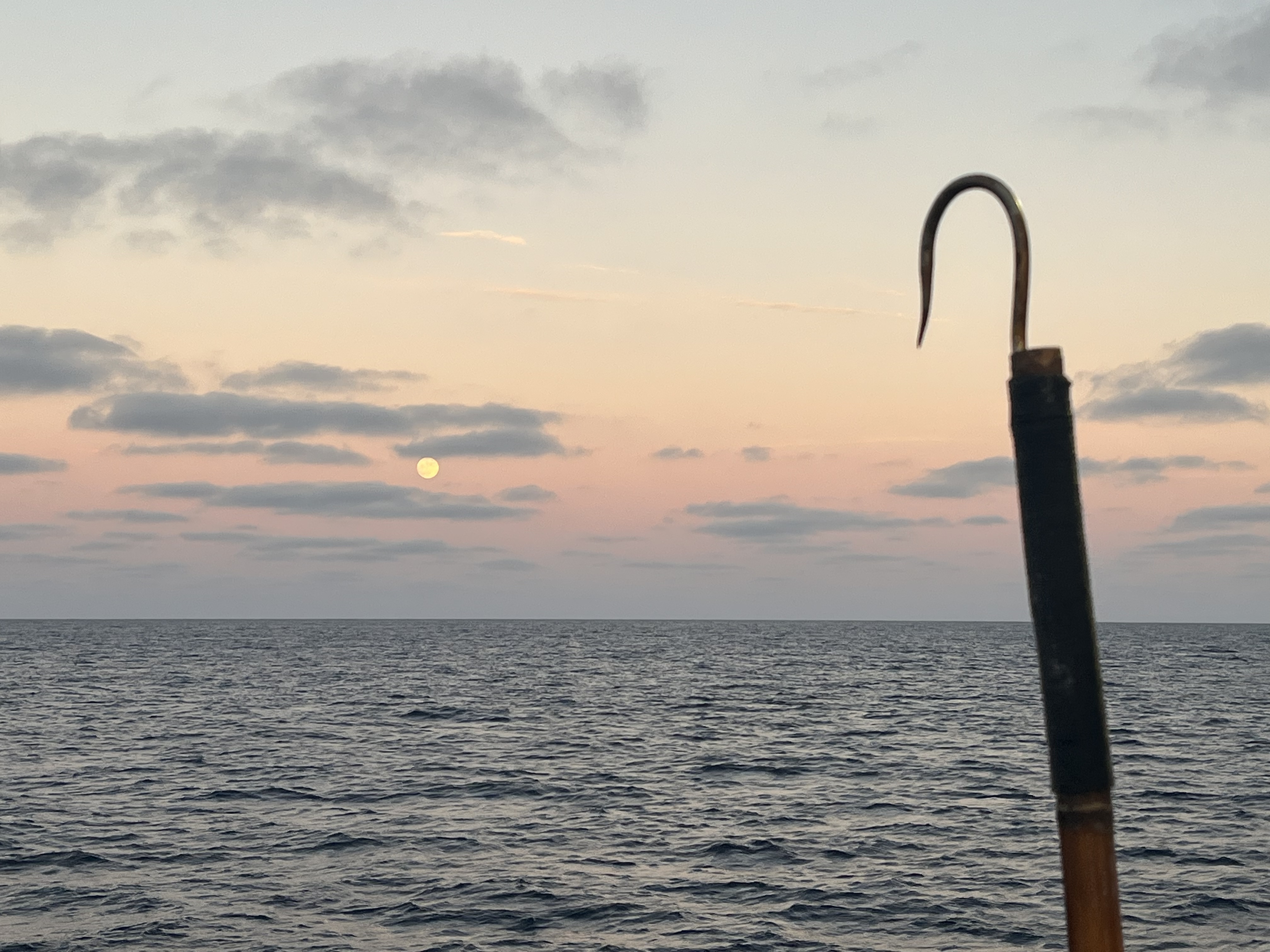 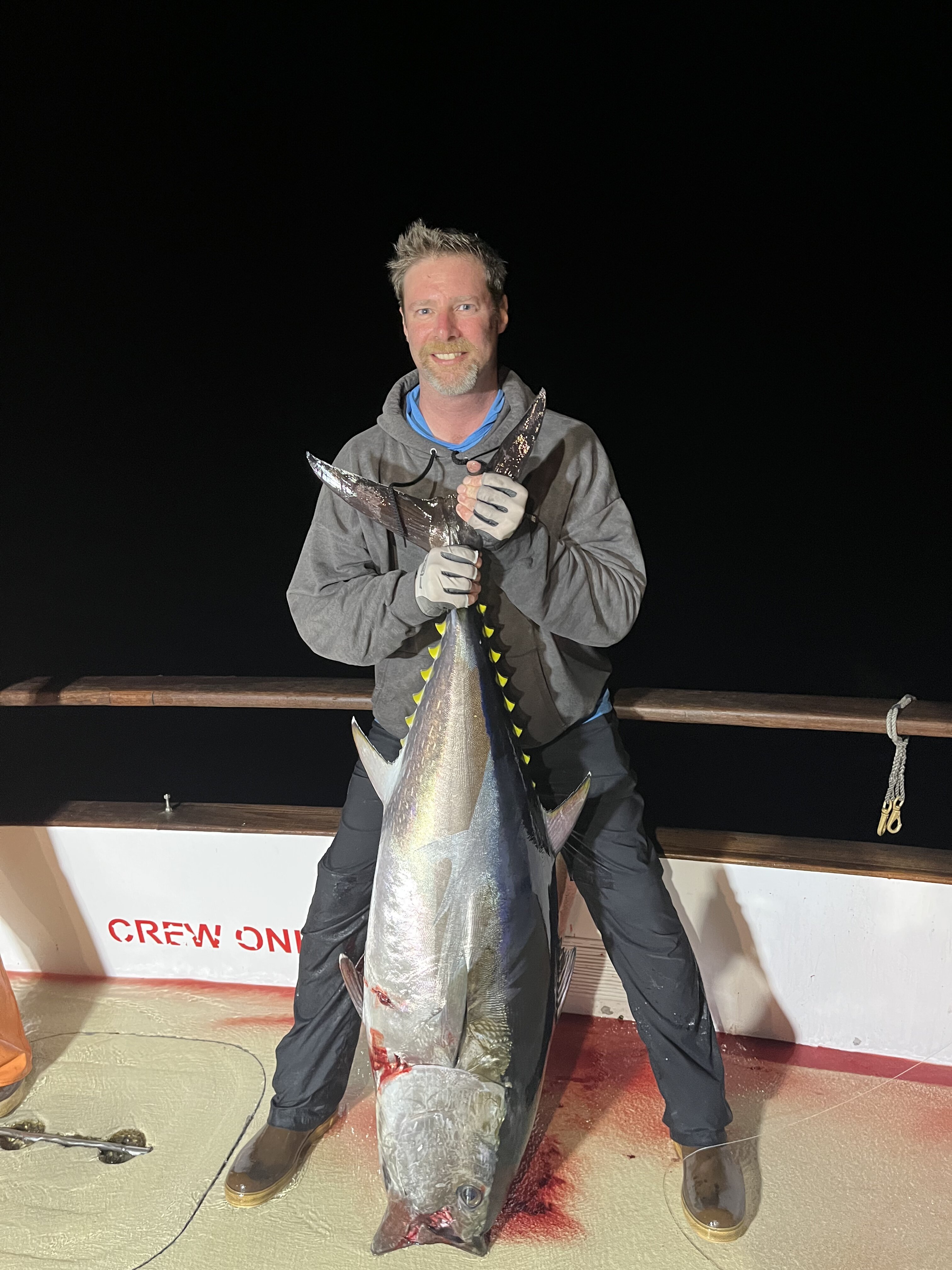 Great write up! I had a 3 day on the SoA a couple of weeks ago that was rough seas too.
Toggle signature
When I was your age, Pluto was a planet.
Reactions: Fullboat and woodfish330
Upvote 0

Nice post and picts Brother. Your writing style notes the usual ups and downs.... that are "every" Long Range Trip. Some this morning.... skunked in the afternoon...lol.

It certainly keeps you on your toes.... at least until you finally collapse ....exhausted! Nice to get a PB.... always. Nice picts too.
Reactions: litzsout619, HoxFish and Fullboat
Upvote 0

Outstanding report ! ! ! And I'm so glad for you, that the trip turned out well. Great pictures, too. I like the gloves you are wearing, I have a similar pair. It is a special feeling, losing a big one (or two, or more) after a long hard fight. Makes you respect the fish more, I find. They don't give up, so you'd better stay sharp.

Going through rough seas always make me sympathetic about the "iron men in wooden ships" who got us to where we are today.
Reactions: Scott McPherson, Fullboat and woodfish330
Upvote 0
Show hidden low quality content