Offshore PL to the 9

Bait was good and we headed out to the 9 to see if we could find some paddies. We found three small empty paddies and a tons of dolphins/birds working there way south in between the 9 and Point Loma. The dolphins didn’t seem to have any fishy friends.

Hit up some rockfish spots on the way back for some salmon grouper, a decent red and what I think was a halfbanded rockfish. I’d never seen one before and he pricked me really good on the way down. All fish were caught on knife jigs or the daiwa rockhopper jig. One of the salmon grouper attempted to eat the knife jig and it went straight through its gill then the red ate it after. Two fish on a jig with one hook.

Finished the day trolling for butts and managed 5-6 with one keeper that was released. We got a corvina and a ton of spotties as well.
Last Saturday we got 30 butts and 5-6 keepers. Fished last Sunday and struck out after the grunion run. 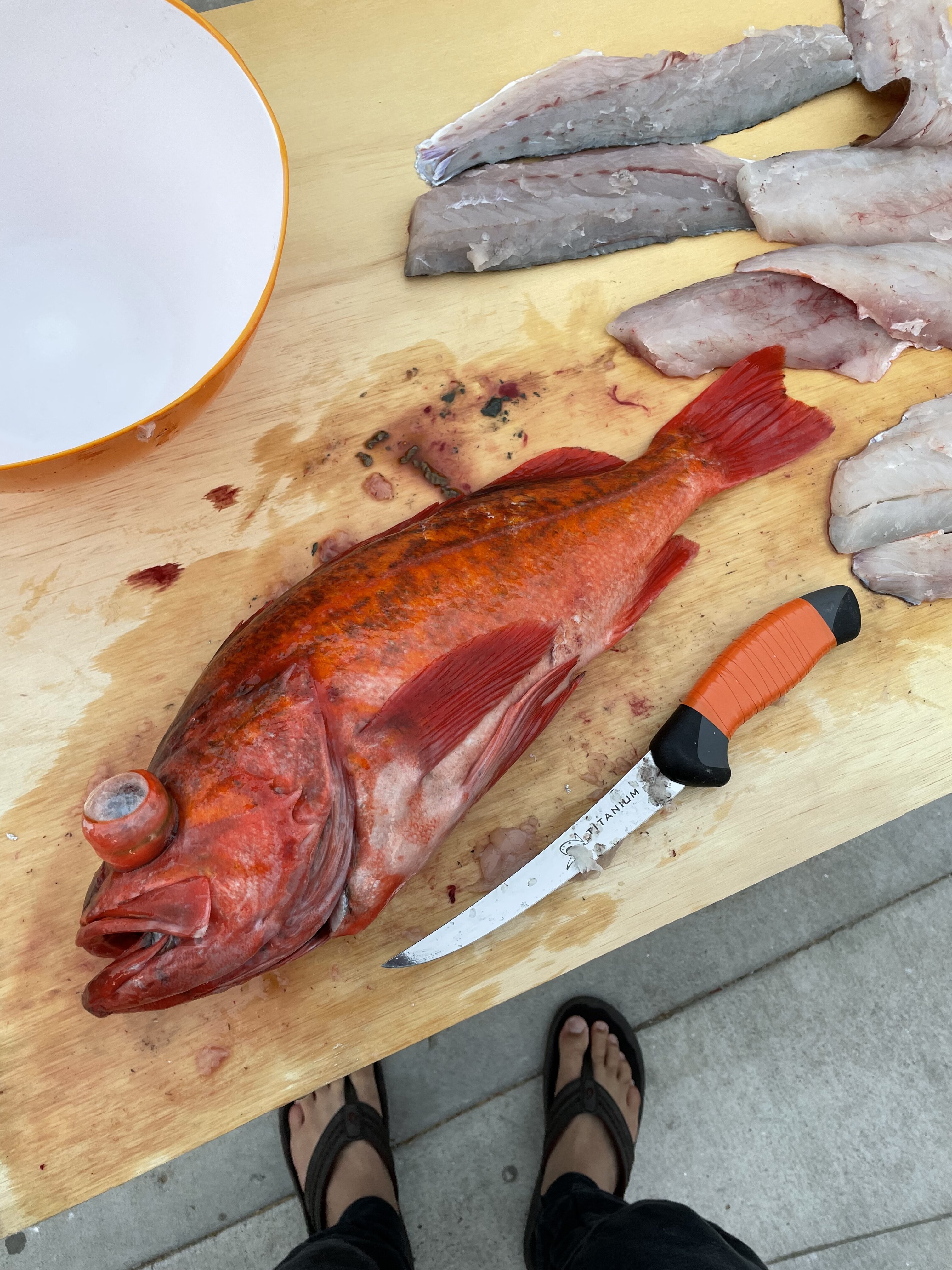 I knew that was you!! Couple shorts for me , one on a squid head, rest on plastics. Didn’t get bait
Reactions: MattFred1414
Upvote 0

Good job Matt.....fish is fish. Glad you scored some.

Better days ahead no doubt.
Upvote 0

Yeah, save some of those halibut for the rest of us!