I had a 2016 Parker 1801, sold it and now miss having a boat. Might get another but might get a Montauk 17, preferably a 19, but they are hard to come by. Anyone ridden in both an 1801 or Montauk 17 and give me feedback on how they ride comparatively?

I was really happy with the 1801. Catalina was not the most desirable, but I was down to go in the right conditions. I now realize a gave my boat away at the price I sold it. I got a great deal on it though and so hopefully that karma and all the hard work I been putting in working this COVID pandemic in the emergency department will pay off and a deal will come my way when I am ready to buy.
Last edited: Feb 5, 2021
B

owned and ridden in both...both might be goats. I'd let condition be my guide. The few things they are not good at the other is not much better.

If you need or want a backiotomy, get the Montauk.

Nothing pounds better than a 17 Whaler
Reactions: Party Cat, pukahd, plj46 and 1 other person

As a baja trailer boat Boston Whaler
As a So cal fishing boat 1801
Reactions: butcherboy
B

Never owned either, but ridden in both. I'd say they are similar but agree the Montauk pounds more.... Seems like your 1801 would be fine on majority of "decent" days or better for Cat...

Key West 1720, KW 1900 Are amazing boats that don't pound or are wet boats for their size and affordability!

1801 if you have a chance, Montauk pound like a mofo

I Own a 2015 1801 and a good friend had a 17 montauk. The Montauk is a great tough boat but the parker rides much better.
When you see a wave you think is going to pound on the Montauk it pounds most every time. On my parker i see something i think will pound it typically takes it very softly and surprises me.

Parker over BW....I never Got what folks see in a BW? And they cost Too Much! Just Sayn.
Reactions: plj46 and airslot

Dragon said:
Parker over BW....I never Got what folks see in a BW? And they cost Too Much! Just Sayn.
Click to expand...

Totally agree. Although the other hull types are much better than the Montauk which IMO is a pile of crap in the open ocean.

Dragon said:
Parker over BW....I never Got what folks see in a BW? And they cost Too Much! Just Sayn.
Click to expand...

My BW 18’ outrage, unsinkable legend. What’s not to like about them?

I also chose a Grady over a Parker.

What do people see in makos? Just saying. 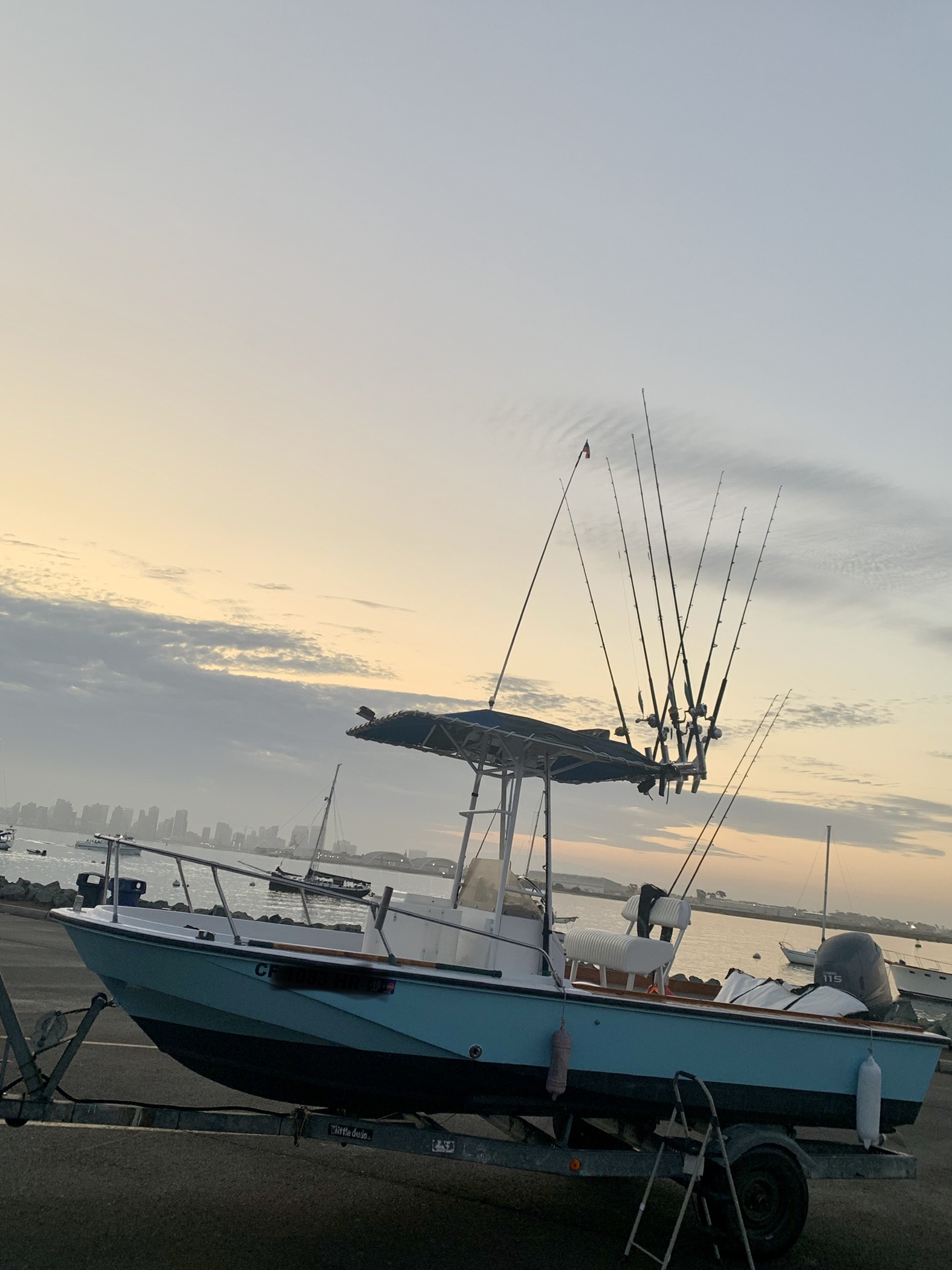 18 outrage any day , way better made boat. you can get to your fuel tanks , and it won't sink. there's a reason why whalers are hard to find.
Reactions: Unassailable, Hooops, msterallenn and 2 others

I have a 2006 17' Montauk and its a great boat for what I use it for, hooping and freshwater fishing. I feel super safe in the unsinkable whaler against the breakwall and what not. I did take it to the 150 when the yellows were biting out of long beach while parker was being serviced. Never again, we got our asses kicked coming back in with afternoon chop and wind. Go as big as you can.
Expand signature
Kill, Kill, Kill, FISH!!!!

Montauk. Put a dolphin fin on the motor. Really keeps the front end down. Doesn’t get the pounding. NEVER felt unsafe. Been out in some shitty conditions.
Parker - everything is too low nothing to hold onto and I’m short.

I also chose a Grady over a Parker.

What do people see in makos? Just saying.

Saw one just like this, same color at Cat last Friday the 15th.

I have a BW 190 Montauk with 60 gallon tank 8 ft Beam I hit Cat and SCI no problem with plenty of fuel left in the tank when we get home
Reactions: repo805

I have ridden in both and own a Montauk. You're comparing apples to oranges. You should be comparing an 18' Outrage which blows the Parker out of the water. Mattanza already provided some good reasons why.

If you are adamant about comparing the two, the classic Montauk 17 is the most economical, versatile boat to operate in its size range.

You can easily launch it solo, tow it with your car, and everything is easily accessable on the boat. These boats can operate and plane efficiently with a 70hp motor.

Granted, you should not be offshore on some days but I have felt very comfortable 20 miles out on a good day. It will pound. It is a 17' 950lb boat. All boats that size pound. As mentioned above, a whale tale prevents porpoising which significantly helps the ride.

Don't get me wrong, I like the Parker 1801 but I do not think they are built as well as the classic whalers.

There is a reason that these boats appreciate in value over time. A class boats for sure.

If you're consistently fishing in unprotected ocean waters I would go with the 1801 over the Montauk. Although, @longboard85 has a 17' invader which is similar to the Montauk and he seems to go out with nothing getting in his way! If you like to freshwater fish, fish solo a lot and get a do everything anywhere boat, I'd pick up a Montauk. Good luck in your decision.
Reactions: repo805 and longboard85
H

Thanks for the replies. I'm looking at all kinds of shit now. Key West, Grady, Edgewater, Robalo, walk-around, CC and so on. Missed a couple good ones.

Yep! Good deals sell fast! You have to be ready with cash in hand.

Errin said:
If you need or want a backiotomy, get the Montauk.

Nothing pounds better than a 17 Whaler
Click to expand...