With the bluefin starting to get with it again this past week I was itching hard to get back out there. Got lucky and snagged a spot on the Pacifica. We boarded the boat with bait already loaded up, cleared the point to flat calm seas, and pointed north where we were informed by Captain Andrew we would be targeting bluefin.

We got into the zone around midnight and Captain Sandro stopped on our first school in the dark. No biters. We searched hard and stopped on several schools that didn’t react. Finally around 4am we found a decent one and a handful of jig fish were landed, with a few of them being Yellowfin.

Once it was light out the jig bite shut off and transitioned to a light line flyline bite, with most guys including myself using 30lb and size 2 hook. We plunked away on this same spot until around 9am, it was a slow pick but we had fish around us the whole time, and we would hook a few every so often as they swam through.

Based on all the boats in the area driving around searching I think plunking away was the right move. I came away with 1bft and 1yft on this stop. I took into consideration the activity level of the fish and how finicky the bite was and made the decision to drop down to 25lb and size 4 J hook. This turned out to be the move.

Our afternoon was spent stopping on breezers, several of which yielded a few fish on the slide. But we never found a school that would stick with us and bite the paint off the boat. One thing I really appreciate about Captain Andrew is if the fish weren’t reacting to our chum, or if we were dry he would fire the motors and we’d move on to find biters, regardless of how much fish he’s seeing around the boat not biting.

In the late afternoon we stopped on a decent one that bit pretty well for us. 6oz sinker rig with 30lb and small hook was doing very well. I think a big part of this was the sinker rig helped our crappy bait swim and actually look alive lol. Our bait was absolutely terrible, bloody and beat up, some of the worst I’ve seen in a long time. And much of it rolled by noon so we had to make do with what we had, and could only chum 1’s and 2’s all day.

The sun set and it was 1st call for dinner, I gladly obliged. By this point I had 5 bft and 3 yft and I was dead beat from being at the rail the entire day with no breaks. I was ready to call it a day after dinner, but instead went to the bow and took a seat and took a short power nap.

This turned out to be a good decision because Captain Andrew put us on a good school in the dark. My first few drops resulted in fish hitting the deck. Every drop after was either a hit and miss on the fall or a hook and hand. Some seriously fun jig fishing, hot & heavy on nearly drop. We finally reached our limits at around 11pm and called it a day.

I finished the trip with 9 bft and 3 yft. Stellar day, shout out to Captains Andrew and Sancho and the crew. They worked their asses off, and we never stopped fishing hard all day… nearly 24 hours straight. It obviously wasn’t wide open fishing as it took that long to reach boat limits, but we wouldn’t have come close if the crew wasn’t so hell bent on putting us on fish. 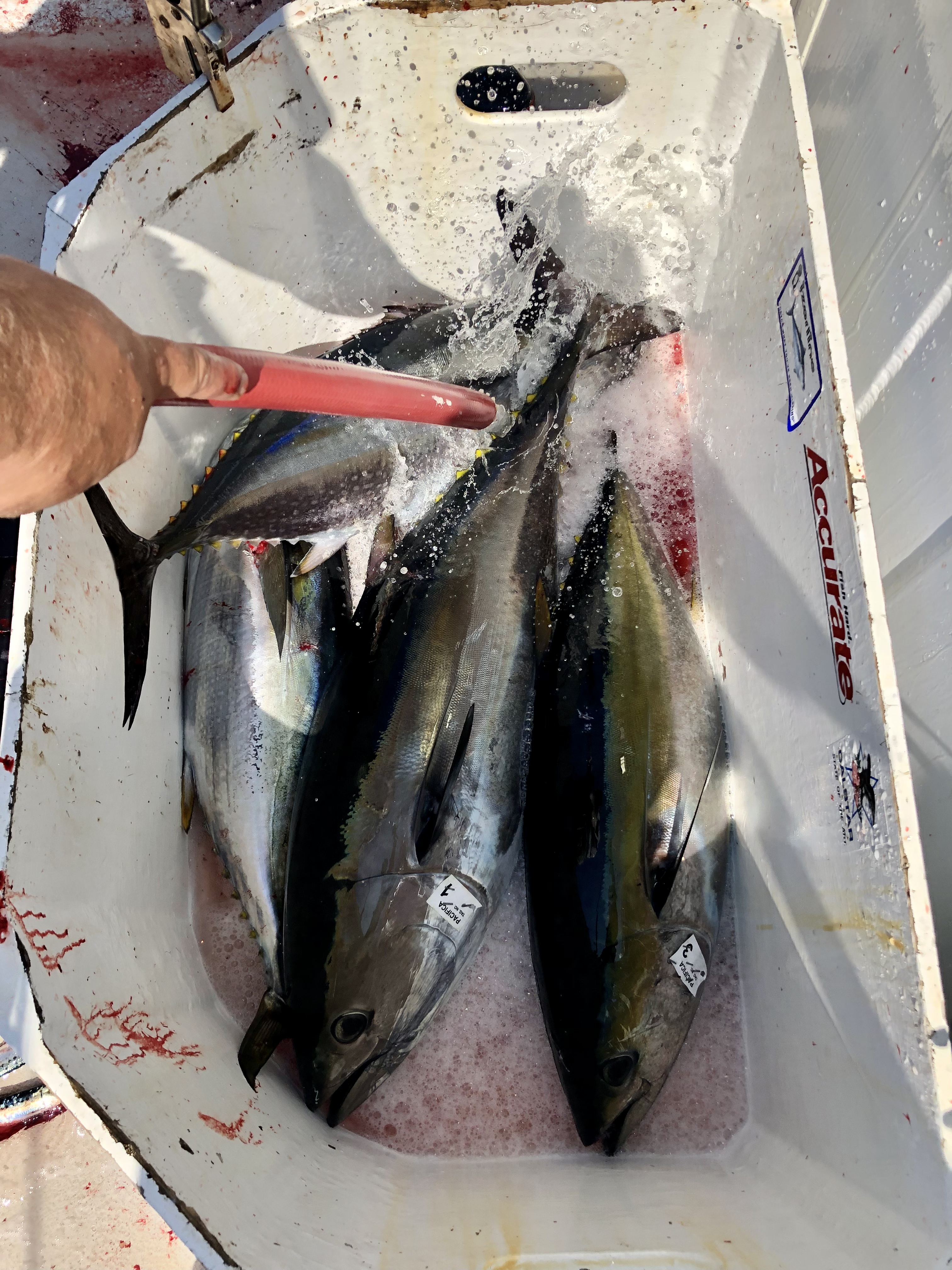 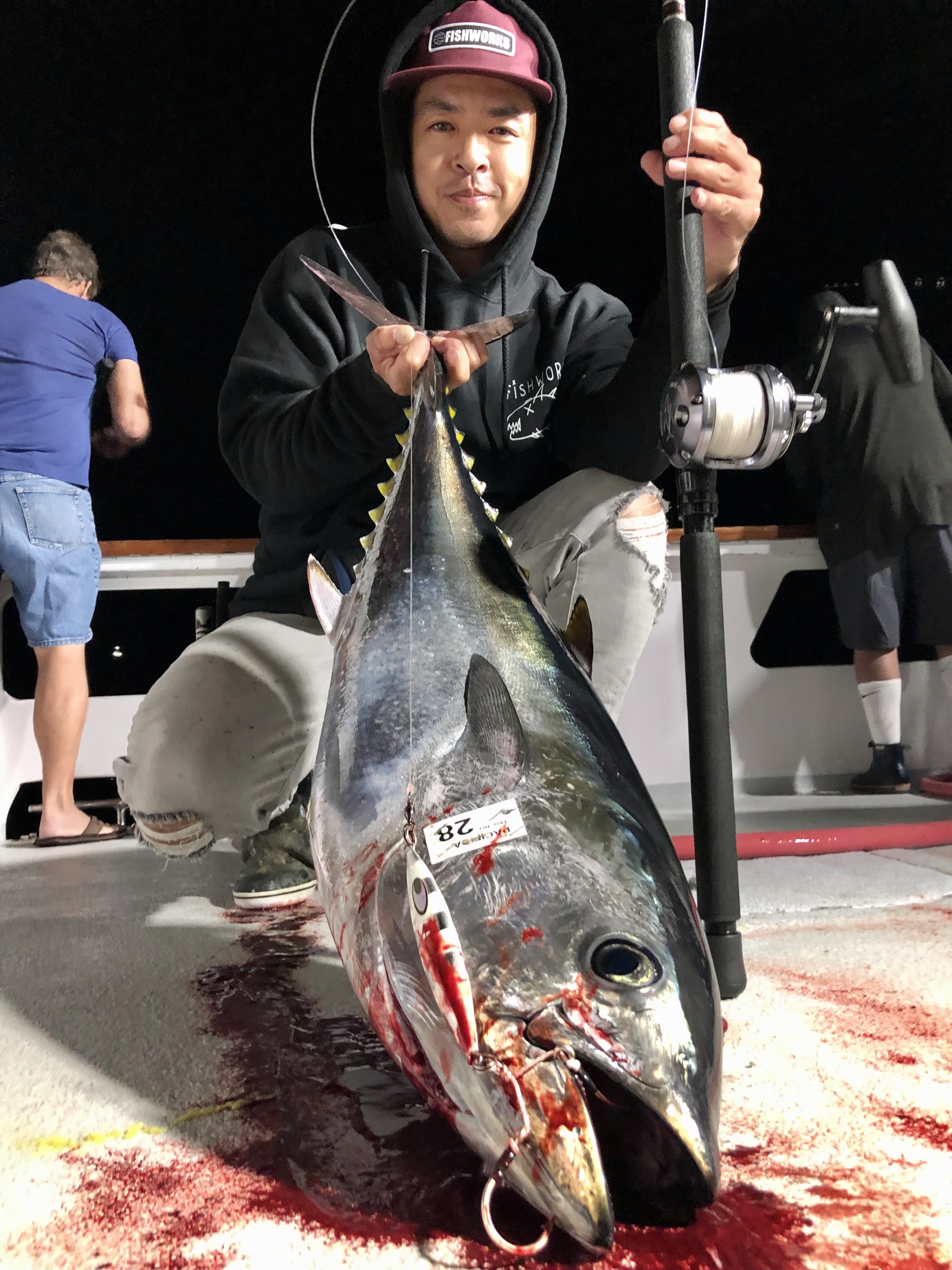 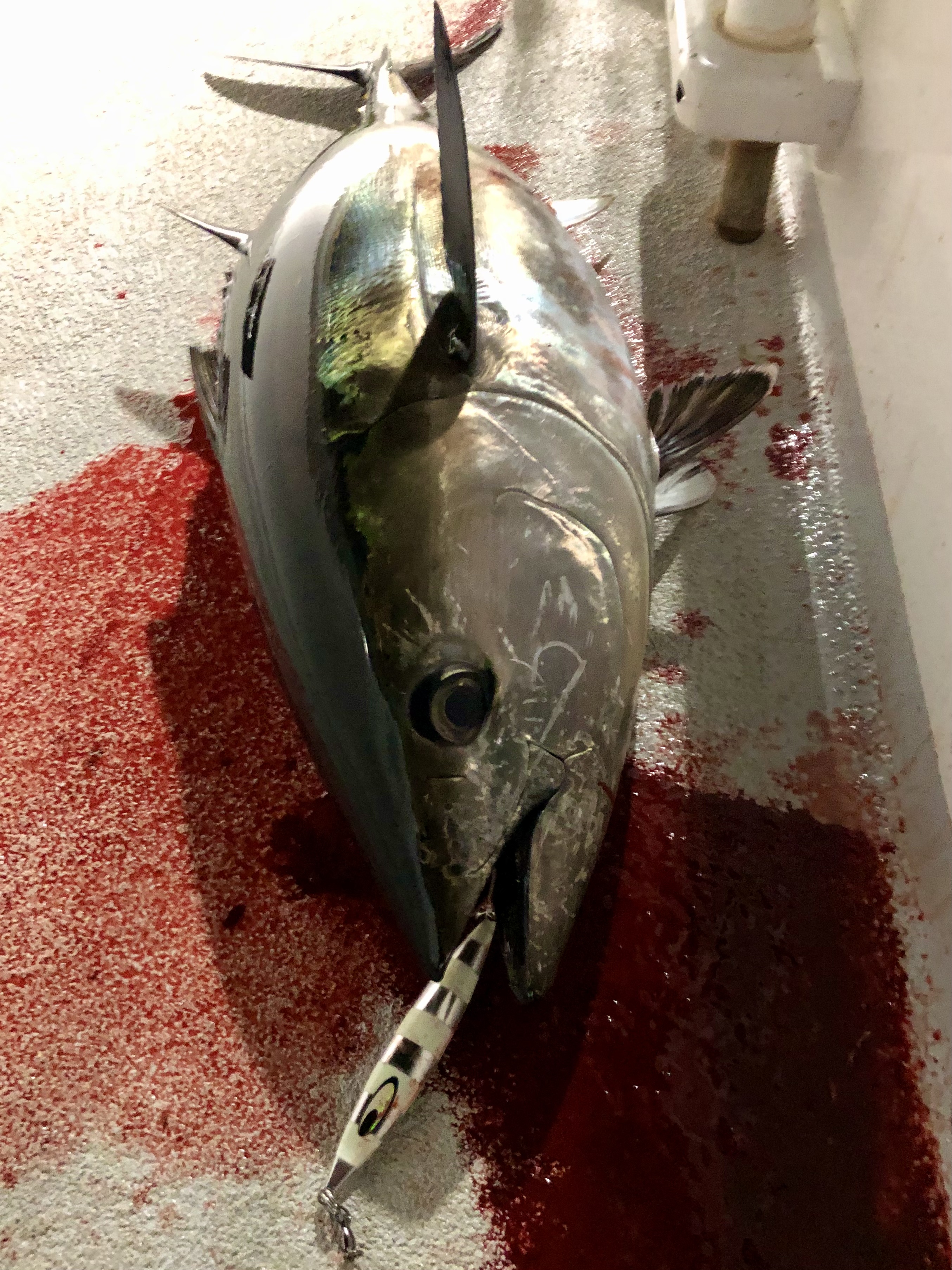 why is there always an asshole in the mix?
Reactions: Steve K, OldDawg_NewTricks, Mark C. and 2 others
Upvote 0

That is awesome, hopefully the fish will be around next week for my 1.5 day trip on this boat
Reactions: Mark C. and Tuna Dreamer
Upvote 0

Thanks for the pics and report.
Toggle signature
-AH
I get skunked and I can not lie
Reactions: Mark C.
Upvote 0

wahoo_92606 said:
That is awesome, hopefully the fish will be around next week for my 1.5 day trip on this boat
Click to expand...

You will be in good hands, the food is great as well. Hope you guys wreck em!
Reactions: Ahkhuang
Upvote 0

Thanks for the report! Andrew and Sandro are awesome. Can’t beat the parking too. Glad you slayed them. Won’t bet able to get out until Holloween. Can’t wait.
Upvote 1
Show hidden low quality content
You must log in or register to reply here.