Left Mon night already loaded with bait headed west. Got the grounds around 12 and found a school and few guys got a couple to go on 300-400g. Night fishing was slow so in the morning we headed south and ended up fishing around the tuna pens about 25 miles from the point.

My goal this year “was” to catch a triple digit fish. I’ll get to that in a minute.

Gavin said that these were bigger fish and to use nothing less than 80-100 flouro sinker rigs and 150-250g knife jigs.

Said a few choice words and get back in the game. This time with a 100# sinker rig 8-12oz sinker. Get bit down around 200’ come tight fought it for 45 min. Get it to deep color hook pulls…

Ok dust myself off, few more choice words and get back in the game. Same thing bit on the drop, crew checks the drag settle in and ready to do this again. We are drifting near the pens the fish was on the surface close to the pen, it was a close call but got the fish away from danger and dodge that bullet. Ok I’m thinking we are good. Nope, I get 3/4 of my spool back the fish says FUCK YOU! and proceeds to dump my Avet HX loaded with fresh 100# braid. Drag pinned, the spool was beyond hot to the touch. In a move to save my braid I used my plier handle to brace it between the spool and reel frame to slow this beast, like a firecracker the line snaps with a few wraps left. Again, a few more choice words.

I lick my wounds, put on my big boy pants, because cowering in a corner sucking my thumb, like Jim Carey in the bathroom in Dumb and Dumber wasn’t an option. Another angler named Chamus (sp) loaned me a Talica II 25 on a Grafighter XH, 130# now it’s time for redemption. Pin on a sardine drop it down 300’, WHAM! Come right on the fish and bendo! Ok now I’m on the right gear to fight this fish. 1.5hr later 160# hits the deck! New PB!

There were lots of casualties, break offs, and pulled hooks. One other guy got spooled on a Talica II 20. We ended up with 28 fish 3 @ 90. And the rest in the 140-170 range. We easily hooked three times as many fish as we landed. Such an amazing opportunity to catch this large grade of fish so close to home.

The entire crew on the Pacific Queen did a great job and was very helpful. A big shout out to those guys!

I am a Capatin's Concepts subscriber. Gavin and Matt make great videos and content to help educate people on the latest techniques and specific tackle that these fish are keyed in on at that time. I applied a few of them on this trip and it paid off.

This grade of fish is whole new level of fishing I have never experienced. These fish are mean and will test you and your equipment and they will exploit any weaknesses. John The deckhand equated these fish in the 120 to 200 pound class a fish as angry teenagers. If you don’t own the tackle to tackle these fish you can rent it from the landings. 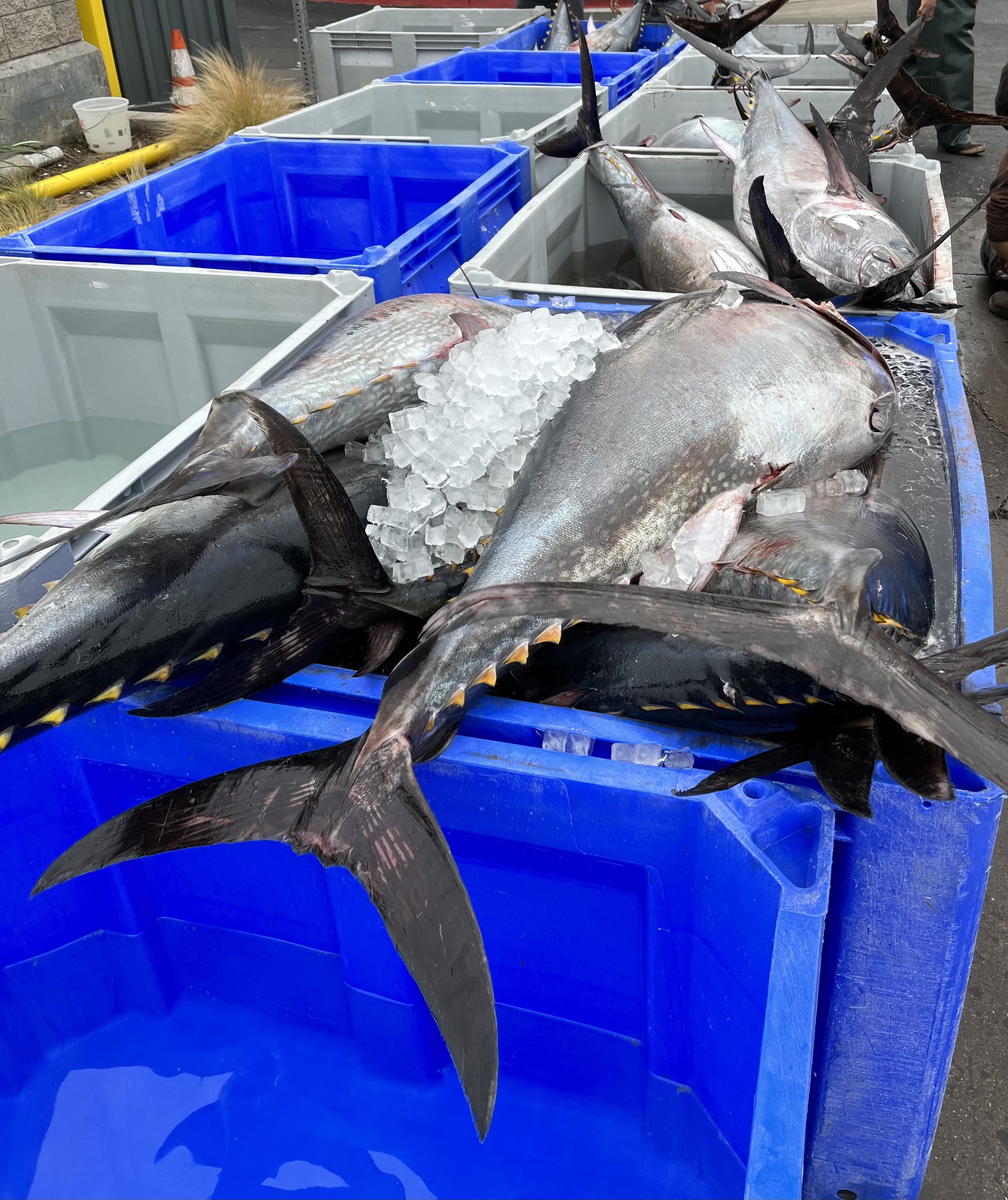 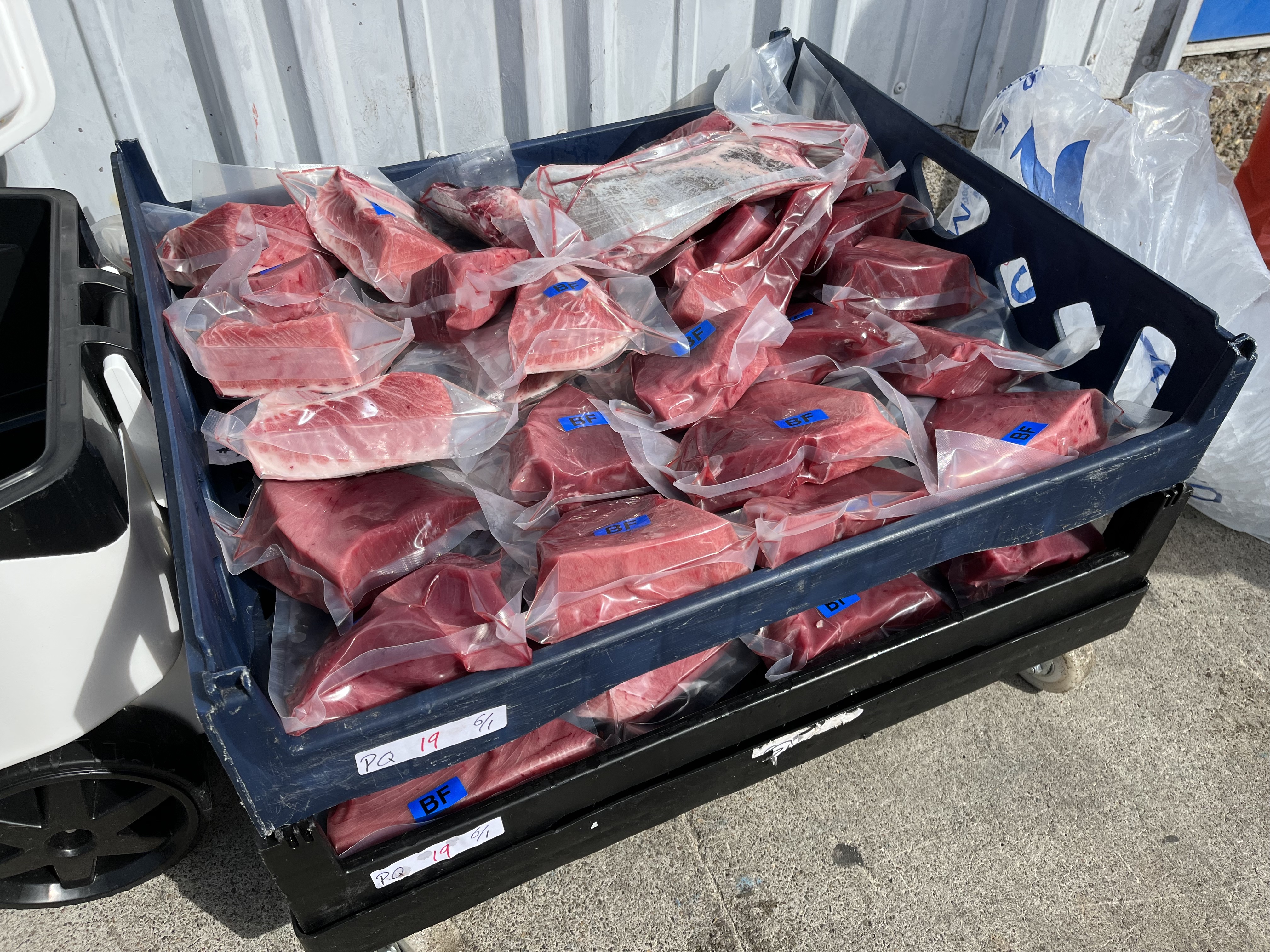 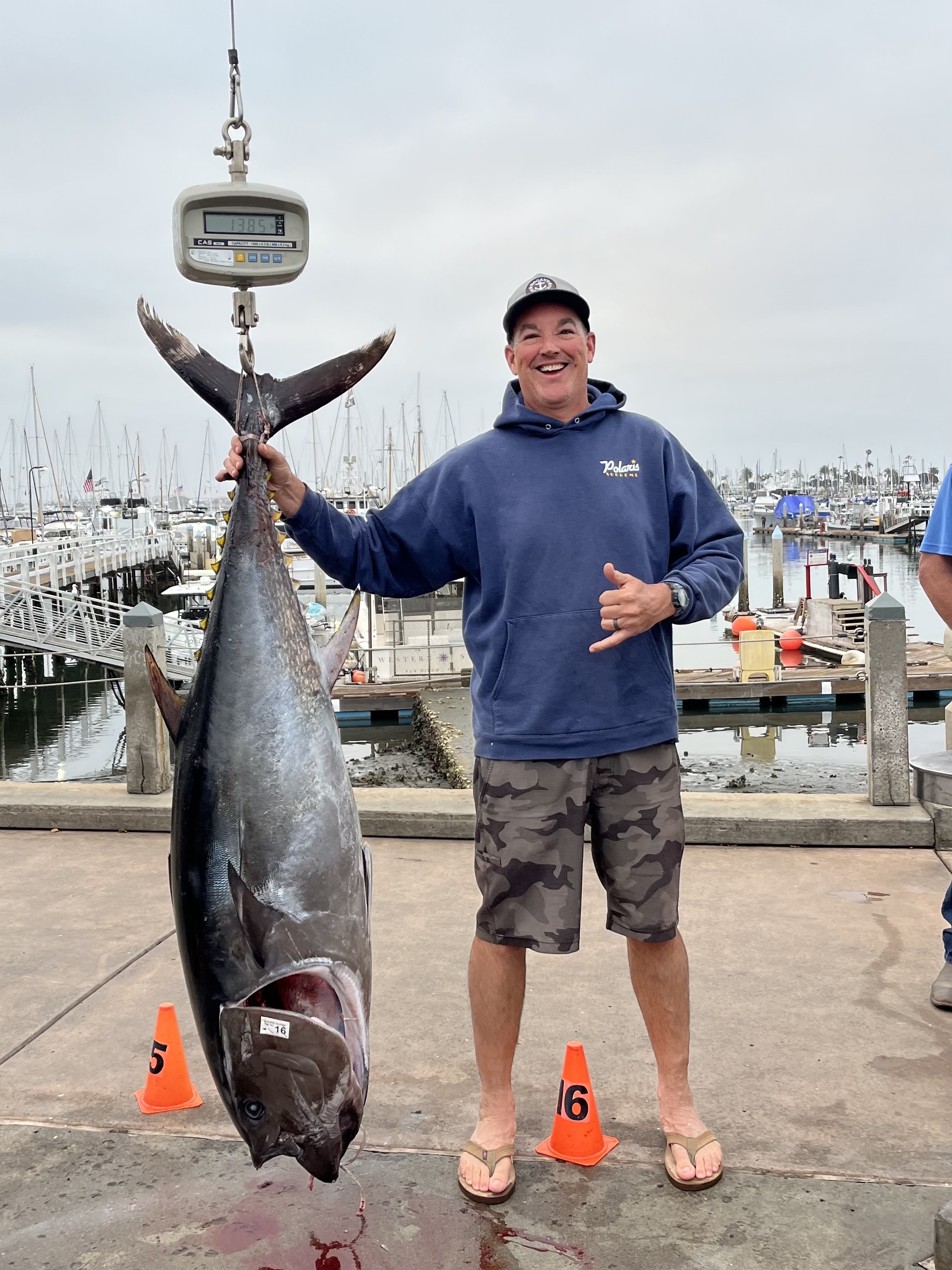 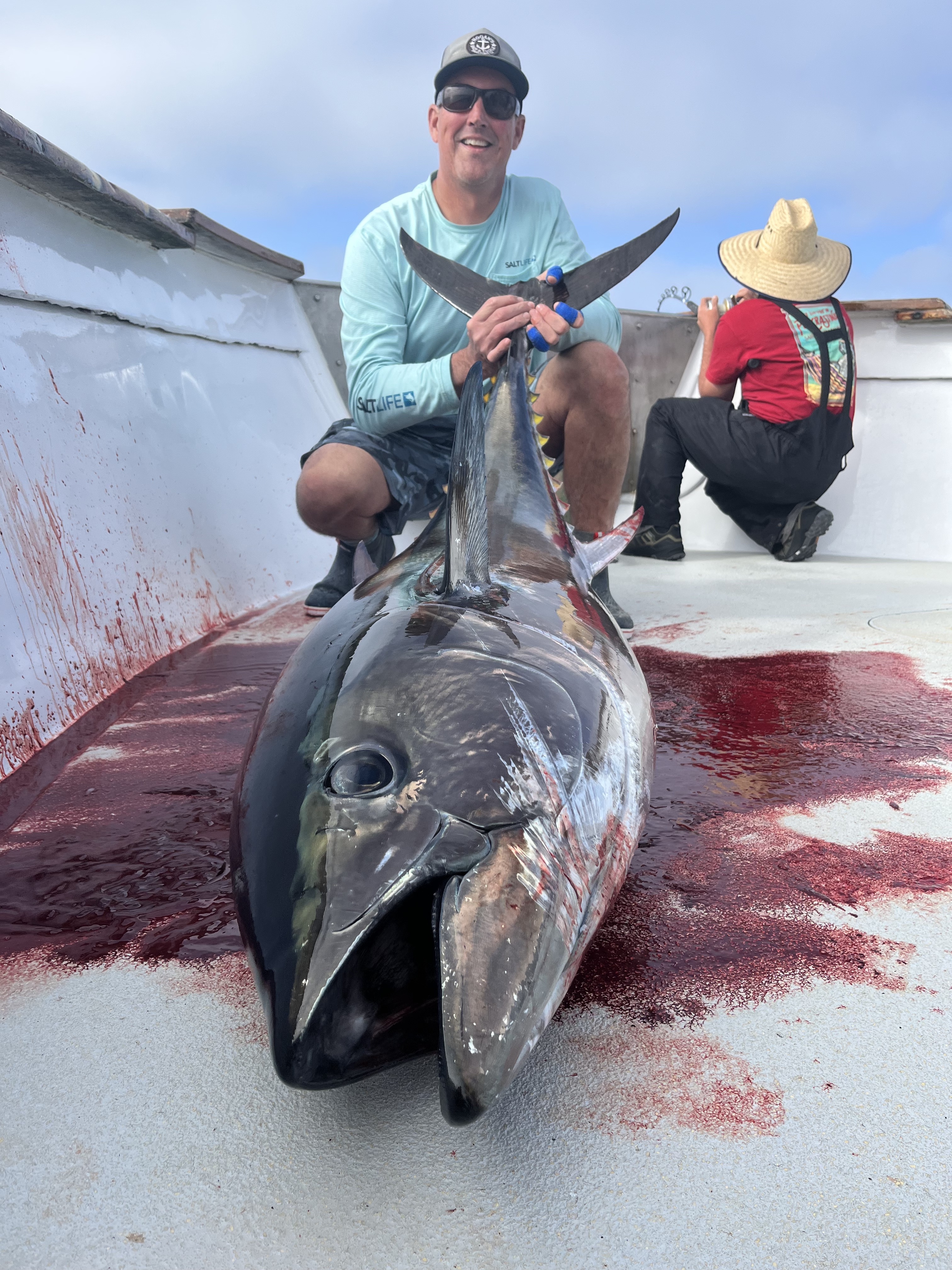 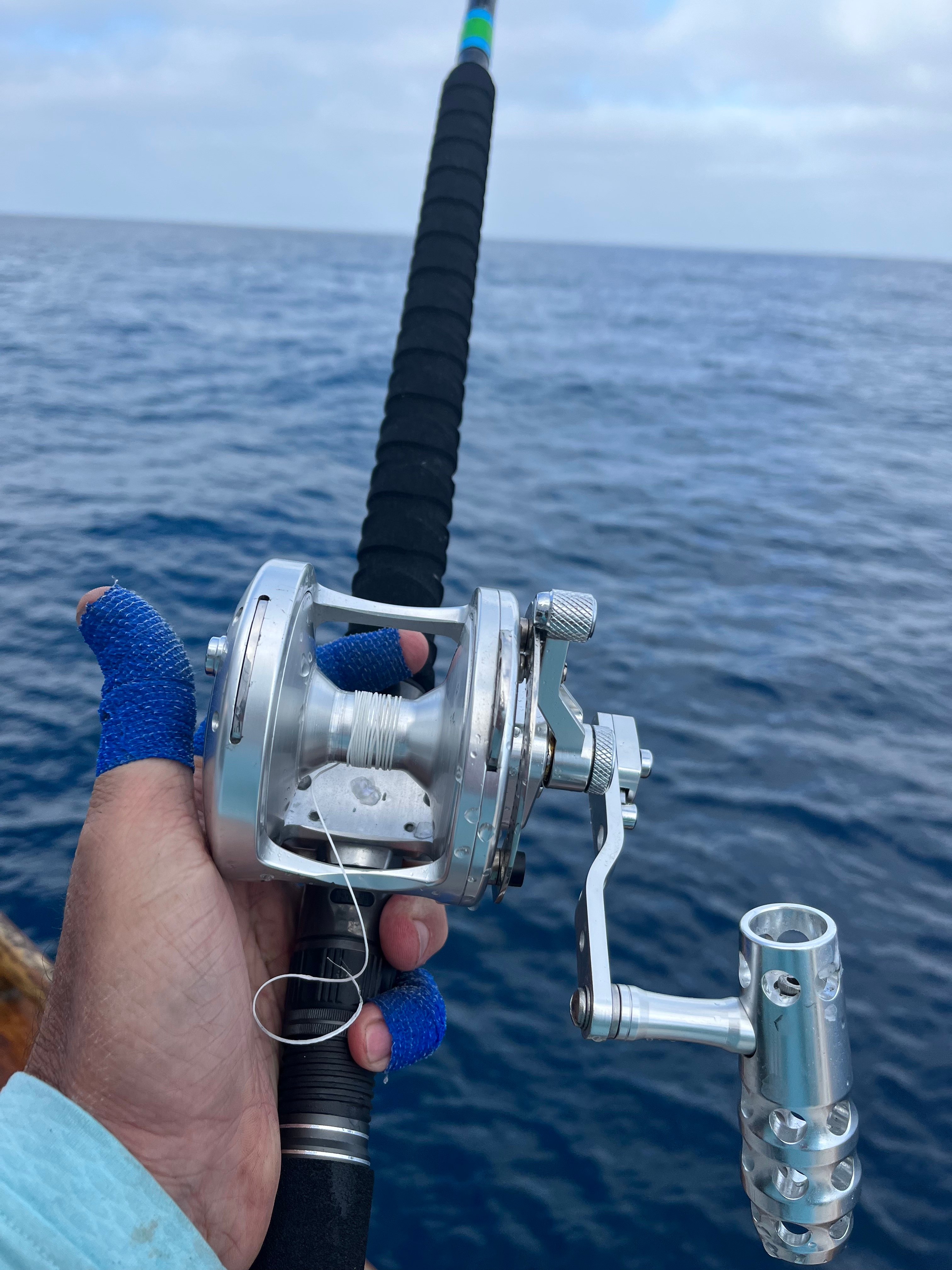 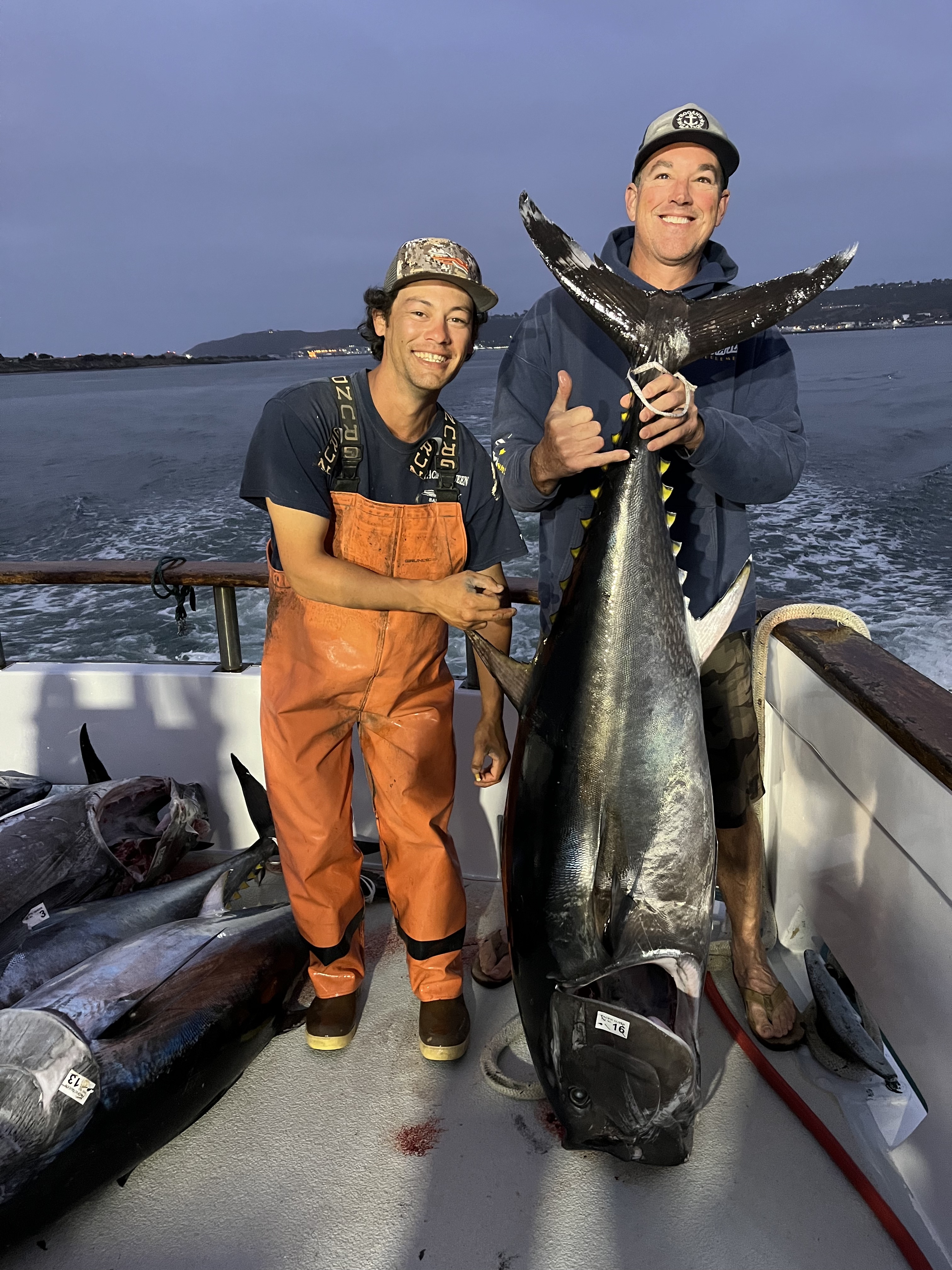 Toggle signature
Disclaimer: The opinions expressed in this post are are mostly bullshit and should not be taken seriously. It will most likely contain spelling and grammatical errors. Lat./long. #'s or fishing locations should not be used for navigationtional purposes. The above information is not intended to diagnose, treat, cure, or aid in preventing disease. All of my photgraphed fish are actually larger than they appear.
Reactions: HUTLOC, CoreyFish, DavidE and 78 others
Upvote 3

He’ll of a story man, glad it had a happy ending, makes getting your reel re-spooled and buying a couple more jigs hurt a little less, haha.
Reactions: fv1500, Tom123 and Tuna Dreamer
Upvote 0

great report - sucking the thumb was no option -

Great report. I was on the Outrider and came back on the 30th am.
Same Goal as you and almost the same report. However my PB is still swimming with my Braid dragging behind it along with 100 yards of top shot etc. Ping with the last 60 feet of braid left behind. What a blessing to have these fish here.
Reactions: starrfish, bullyo, fv1500 and 3 others
Upvote 0

Congrats and way to go on keeping at it !!!
Toggle signature
Tight lines and sharp hooks!

Oh man! You’ll be telling tales of this trip for a long time to come. That’s quite an accomplishment. Wonder how big the tuna was that spooled you? The longer we Fish for these creatures the more likely these kinds of experiences will happen to each of us. Way to ‘get some’.

I am leaving little later this afternoon on the Polaris Supreme so I am taking my heaviest gear based on your recent experience.
Reactions: fv1500 and Tom123
Upvote 0

What an amazing opportunity to get so many shots at fish that high quality. Wow!
Reactions: fv1500
Upvote 0

Nice! Those fish are mean. I got freight trained Sunday. It chewed through before spooling me after 450 yds so at least I got my line back.
Toggle signature
When I was your age, Pluto was a planet.
Reactions: backfisher, HoxFish, fv1500 and 1 other person
Upvote 0

Awesome report! Way to stick it out. Loved the Jim Carrey reference. Congrats on the PB!
Reactions: Tunahead and fv1500
Upvote 0

NICE! struggle for success and humbling failure in the same story. A+ report, and A++ trip. and nice fish!
Reactions: fv1500
Upvote 0

Nice report, fun fishing, loads of memories! Sounds like you did a bunch of very good things to get hooked up that many times on that grade of fish. Thoughts:

Sick report man!! I love that pic with the spooled reel, picture worth a thousand words right there.
Reactions: 2tuna and Tunahead
Upvote 0

Great report, way to hang in there and make it happen! PQ is as legit as they come- especially Johnny! They must have been wide open for you guys...
Reactions: fv1500
Upvote 0

The bent guy in the backround of the 4th pic is priceless, too, as a proof that it was WFO.
Reactions: HoxFish, fv1500 and short-range
Upvote 0

Damn!! Got me all sorts of excited reading your story!! Way to stay in the fight and keep going!! I probably would've shed a few tears after losing a couple..

.. Congrats on getting those BEASTS in!! Tight line's good sir!!
Reactions: fv1500
Upvote 0