Headed out to the Landing knowing this would probably be my last trip before hip replacement surgery in July, I was excited, as the recent reports have been good. A full boat left the dock sharply at 8:00 PM, picked up some phenomenal bait, turned the boat South, and away we go.
Gavin gave the all the passengers great advice on what to fish, what was working, and what to expect, and I went to sleep expecting a consistent look at Yellowfin and Bluefin the following day. My hip was/is literally a pain in my ass, feels like some one is skewering me laterally across the hindquarters with a medieval Jousting, equipped with barbs.
I woke up slow, but reminded myself, success with bluefin includes a well practiced routine, so with the help of a Norco and a nice cup of coffee from the awesome cook Jared in the galley, to the rail I went with just a fantastic group of anglers.
With Gavin and Billy skippering, it wasn’t long before we were on our first school of blue fin. I knew that I had limited wear and tear and performance due to the hip, so I went with my Mantra, “Get it done Early.” First bait I pinned on was lively, within short order it was picked up, fishing 30 lb test on a Fathom25 2Speed on a UC Elite. It was the second fish on the boat hooked and landed, I was more than relieved and went back to my half finished cup of coffee, where I left it before.
The fishing was lots of run and gun trolling for yellowfin, I handed off my first troll fish, landed a nice one during the all day ru and gun YFT fishing, however, my eye was on Blue Fin. Eventually, the boat ended up with 90 YFT, I took home two.
Throughout the day, intense tangles, lots of folks forgetting or late reeling in after not being bit on the slide, I get that it is part of fishing and learning. We had five lady anglers on board as well, all very adept, and they significantly added value to the fish count. For the most part, the passengers worked well together when it came to common courtesy and fishing etiquette, we were fortunate.
Well, amid another mid day Norco and some very nice schools of blue fin popping up, I was still short my second BFT, getting a little concerned, but holding out for the late bite. Around 4:30, we really ran into some hungry schools of both yellowfin and the occasional BFT, I knew it was time to get to work. I grabbed my Tranx 400 on an Okuma PCH 30-60, a fresh sardine, and sent it over the side as we slide up to what Gavin called was a very good sign of fish. The now consistent super tangle of slide baits was erupting, just about every angler bent, and man, I did not want to loose that fish, it felt decent. I decided to back the drag off and let it swim free from the mess, confident the Gamakatsu Circle hook would stay embedded. As it was later in the day, frankly, I was sore. I worked that fish and it worked me, I struggled hard to keep it up close to the bow, as the stern was “pretty crowded” and there was no question if I landed this fish, it would surely be my largest on the Tranx. The fish literally dragged my ass down to the stern, across the stern, then back up to and eventually landed on the port side bow. Nice 30-35 lb model. I remember some one commenting that the fish took me a while (sure it was under 20 minutes) and I was thinking to myself..”with that gear, I got that fish on quick”
‘That gear” or - that rear.
The deckhands, crew, and captains were and always are Top Notch on the Pacific Queen, looking forward to more on that boat and the New Lo-An when I am back on the mend. 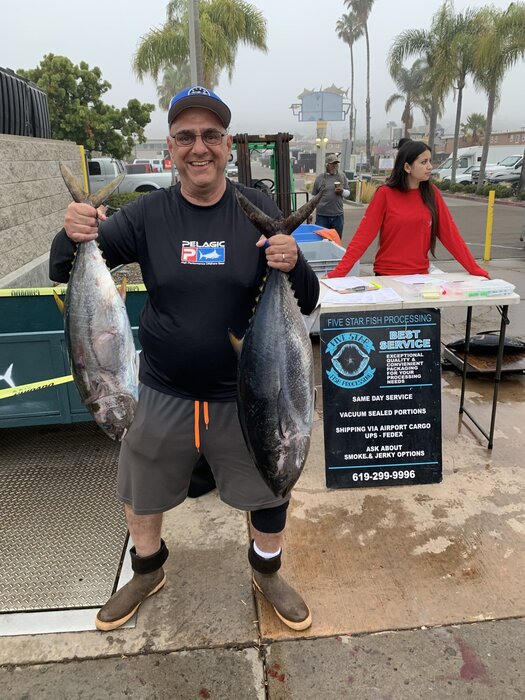 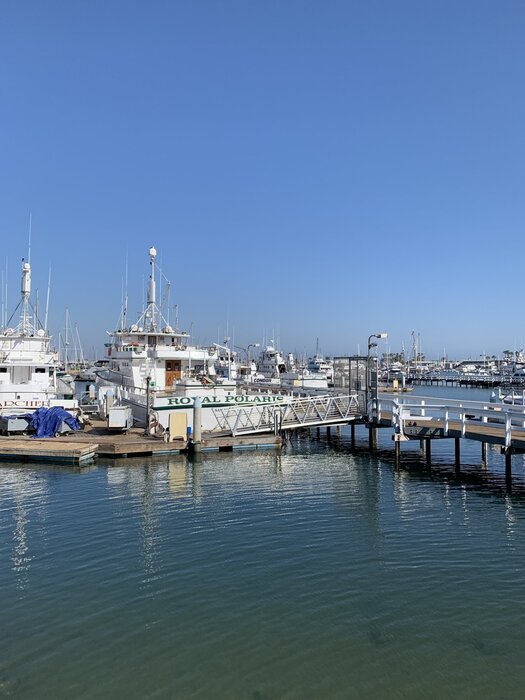 Thanks for the report and good luck with the surgery. You will be back at it in no time.
Reactions: Ctony.clark and Hardcor
Upvote 0

Good luck with your new hip hopefully the hip will be as smooth as a new reel
Toggle signature
The Killer in me is the Killer in you
Reactions: Hippie, Microbait and Ctony.clark
Upvote 0

Thanks for the report ! great catches
Reactions: Ctony.clark
Upvote 0
E

Pithy Statement to make me appear 😎

All the Great ones Play Hurt. Way to fight through.
Reactions: Reel hip and Ctony.clark
Upvote 0

Congratulations on the very nice day. I’ve several friends have that same surgery and without exceptions marveled at how much better they feel. Best of luck!
Reactions: Ctony.clark
Upvote 0

Nice work Tony! Thanks for the report.
Reactions: Ctony.clark
Upvote 0

FishAcquisition said:
All the Great ones Play Hurt. Way to fight through.
Click to expand...

Good work. Thanks for the report.
Upvote 0

Great report. Sounds like you had a blast. Wish I was there.
Upvote 0

Guys that use Lexas, Tranxs and other reels with training wheels scare me. Use the proper gear and control your fish please!
Upvote 0

JeffersonB said:
Guys that use Lexas, Tranxs and other reels with training wheels scare me. Use the proper gear and control your fish please!
Click to expand...

My Fathom 25 and Accurate 600N were strung up, on shorter rods. My Avet HX 5/2 and Penn VISX 16 were a little much for the grade we were in to, and the Tranx was set up on a longer rod, allowing for effective placement of the bait while fishing that flurry on the slide. Tranx set up with 60lb Spectra and about 30 yards of Blackwater 40 flouro and some serious cranking power, seemed like the right choice for getting the fish on the boat.
I guess your right though, I had a Saltist 50 2 Speed down below, but the stairs were rough on my hip, I guess that is where your “training wheels” comment applies. Oh, had a 40 Fathom 2 Speed with me, however, 60lb line again, not required for the grade of fish we were on.
Next time I will give you a call for reel recommendations. I have found over the last 35 years, following your fish increases your odds of landing your fish and not tangling others.
Last edited: Jun 12, 2019
Reactions: eric harner
Upvote 0 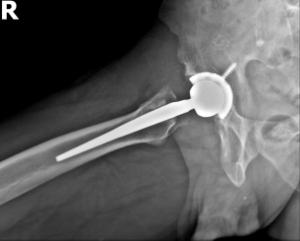 JeffersonB said:
Guys that use Lexas, Tranxs and other reels with training wheels scare me. Use the proper gear and control your fish please!
Click to expand...

then fish on your own boat please, you wont have to be scared
Reactions: James Taylor, caballo del mar, Reel hip and 2 others
Upvote 0

fly liner said:
Great report. Sounds like you had a blast. Wish I was there.
Click to expand...

Thank you, we had a stellar group of anglers
Upvote 0

Very nice! Best of luck with the hip work. You'll be reeling in no time.
Reactions: Ctony.clark
Upvote 0

Nice fishing with you again Tony and good job getting your limit again this year! Great trip and write up! 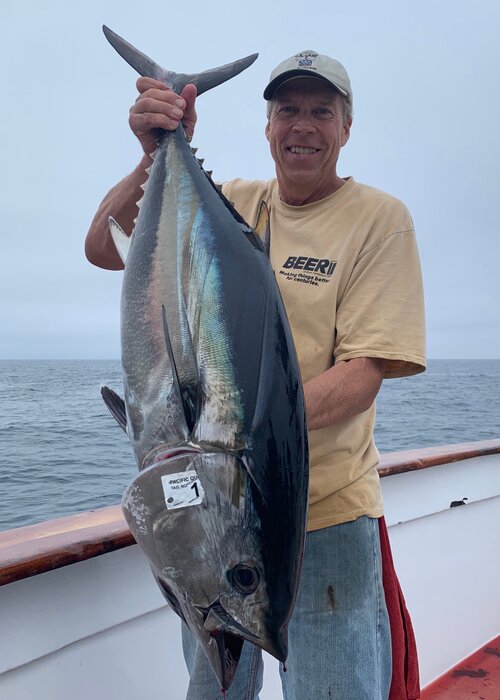 Nice job Tony !
Glad to hear your getting a new hip soon, I hear good things as
I am needing one or two of them myself.
Blessings
Toggle signature
But those who trust in the Lord will find new strength. They will soar high on wings like eagles. They will run and not grow weary. They will walk and not faint.
Upvote 0

Rimack said:
Nice job Tony !
Glad to hear your getting a new hip soon, I hear good things as
I am needing one or two of them myself.
Blessings
Click to expand...

Thank you very much.
Tight lines
Upvote 0
Show hidden low quality content
You must log in or register to reply here.