Me and my cousin headed out on this trip. Boat left 11am and we were all told it was a night bite and that the days would be long. Captain was right on about this. Got to the grounds sometime after 3-4pm. We chased schools and dropped bait, no takers. We did this for a while, with same results. I switched over to a 250g sk jig and a few stops later i was hooked up on the slide - 40 pounder, there was also another hook up on a jig this evening, and that was about it.

Once it got dark, Captain decided to move. Seemed like he knew where to go for the night bite. We probably traveled a couple hours. Once on the grounds, the jig bite was on. Saw all the usual knife jigs produce - 220-400 gram, sk's, rip rollers, streakers..., didn't see any specific color stand out. Those with flat fall type of jigs also produced. Anything in the zone seemed to work. However, fish were not big, anywhere from 20-50 pounds. This went on for a while, most everyone had one or two fish this night.

Next day, was slow. We again chased schools. Sometime after 2pm, Captain says we are over some big ones and two switch to heavy gear sinker rigs. During this stop, there are 4 hook ups. People were not ready, all 4 are lost - 2 break offs, and 2 spooled. Captain let everyone know what happened and people start changing to heavy gear. I cut off my jig rig and tie up 80lb floro leader and #2 hook. We again chased schools, sometime no hookups, other times 1 or 2. This went on for a while. These fish were from 100-180lbs. Couple hours/and a bunch of stops later, I get hooked up on one of these larger grade fish. 45 mins later its gaffed. There were 3 fish caught on this stop. I believe it was the last stop that produced that day. There were probably 8-10 of this larger grade fish.

Once evening came around, we again made the run for the nighttime jig bite. I believe the larger grade fish were closer to port. Few hours later, it was a repeat of the first night. I believe the boat had limits of these 20-50lb fish.

Following day, we again headed to the sinker bite location. Seemed like we tried the same thing, but they just were not biting. No daytime fish at all.

Last night we again made a run to search for bigger grade night bite and to fish crew limits, but it was same as before. Wide open 20-50lbers.

All in all, great trip. 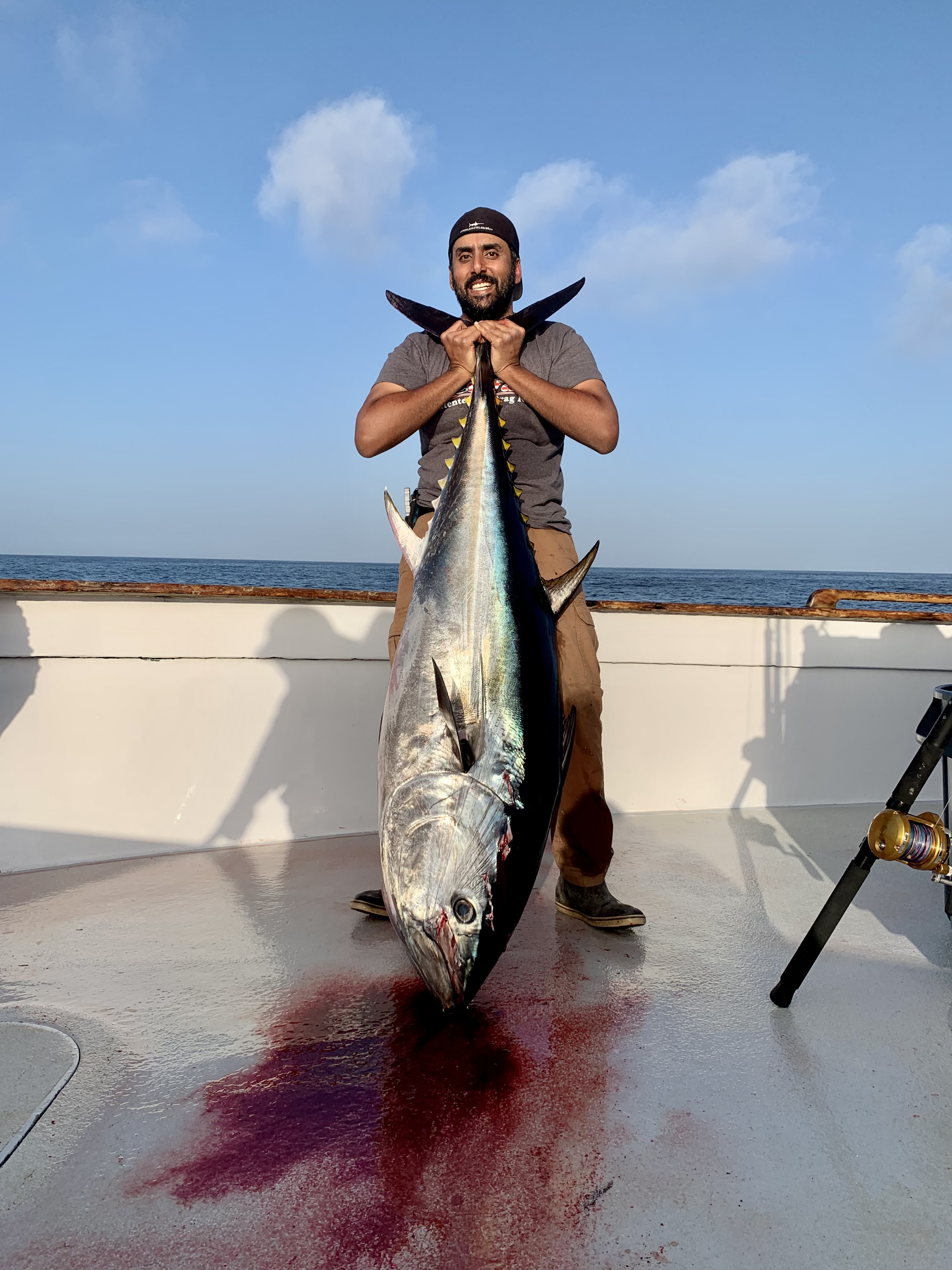 Nice fish bro! Thanks for the report! Headed to my 2.5 day end of May. Hope we get into some too.
Reactions: Jankity and Tunahead
Upvote 0

Great report and pic. NICE TUNA! Solid work
by you and your friends.
Reactions: Jankity
Upvote 0

Well done on the fish and Thanks for the Great Report! Nice to see you get that monster to really make it worthwhile!
Reactions: Jankity
Upvote 0

Nice fish! Way to listen to the captain’s tackle suggestions. And being persistent as well. Going from fishing jigs to the sinker rig isn’t easy, takes a little more patience and discipline to fish the sinker rig correctly. Way to go.
Reactions: Peg North and Jankity
Upvote 0