Just got back from my 1.5 aboard the Outrider, and it was an awesome trip. For 10 guys we had limits of fish (20 BFT) with all fish except one above 110lbs. Captain Jeff worked his butt off and it sure payed off.

The game plan was to move east from where the fish had been previous days and try and locate the new school of fish, so he shot over to the 302. From there we searched in the dark for a school to flatfall on but had no luck. By the time we hit greylight it was on. We had a few fish in jigs, and 1 on live bait, and probably 35 blowups on the kite and helium balloon combined. On the kite, all our bites were with dead flyers, and on the helium it was on the California flyer. From there it was all hands on deck. I had 3 heavier rods (mak 20, Visx 30, and Tiagra 50w) and they were all used on the kite and we still needed more. Normally I fish off a private boat and have to work the kite on it myself, so on this trip while the crew was occupied I had deployed the kite multiple times. I think at one time we have 5 kite fish hanging. By about 8:00 we had boated 12 100+lb fish. Just then we stuck a big fish on the dead flyer, even Captain jeff freaked out at the bite. We hooked it on a penn VIS 70 and it started to spool it. Within 30 seconds it had taken 400 yards of 200lb braid. My dad fought this fish for about 35 minutes and needed a break so I stepped in and fought it for another 20 until the braid decided it was no match and broke. By 11:00 we were 5 fish short of limits, and had already called in the fleet to the new biomass of fish. After catching 15 fish, the school started getting shy and boat pressured so we were forced to move. It wasn’t until 3:00 we had located the final school we needed to top off our day. We set out 1 dead flyer and had an instant blow up as it did its “back stroke” out to the “zone”. Once that happened we set out the helium balloon and had 2 baits in the zone at all times. Like the morning, it was nonstop wide open kite action. We had limits by 4:00 in the afternoon and were only 30 miles out. At that point we went searching for crew limits. Once it was dark we called it quits for the day and worked our way back in.

All in all, couldn’t have asked for a better boat, crew, trip, or group of guys. All cordial and wanted to be there.

Tips: Rail time!! Maximize the time. You won’t catch fish sleeping or taking breaks. Especially if it’s a hot bite maximize on your time.
Keep fishing even if there’s kites up. Don’t just sit next to a kite rod hopping for a fish. Fish were being caught on bait and jigs, I think the only reason we didn’t get to many on them was because we couldn’t chum them up like big boats such as the Excel or RP.
DO YOUR HOMEWORK!! This couldn’t have been stressed enough. If your going to go out anytime soon, look up videos of cow tuna fighting. We lost probably 15 fish because of slack lines or no bend in rods. You don’t want to lose a fish of a lifetime for a simple mistake.

If you haven’t checked out the outrider before, I HIGHLY HIGHLY recommend checking them out. Although the price seems high it’s very worth it. 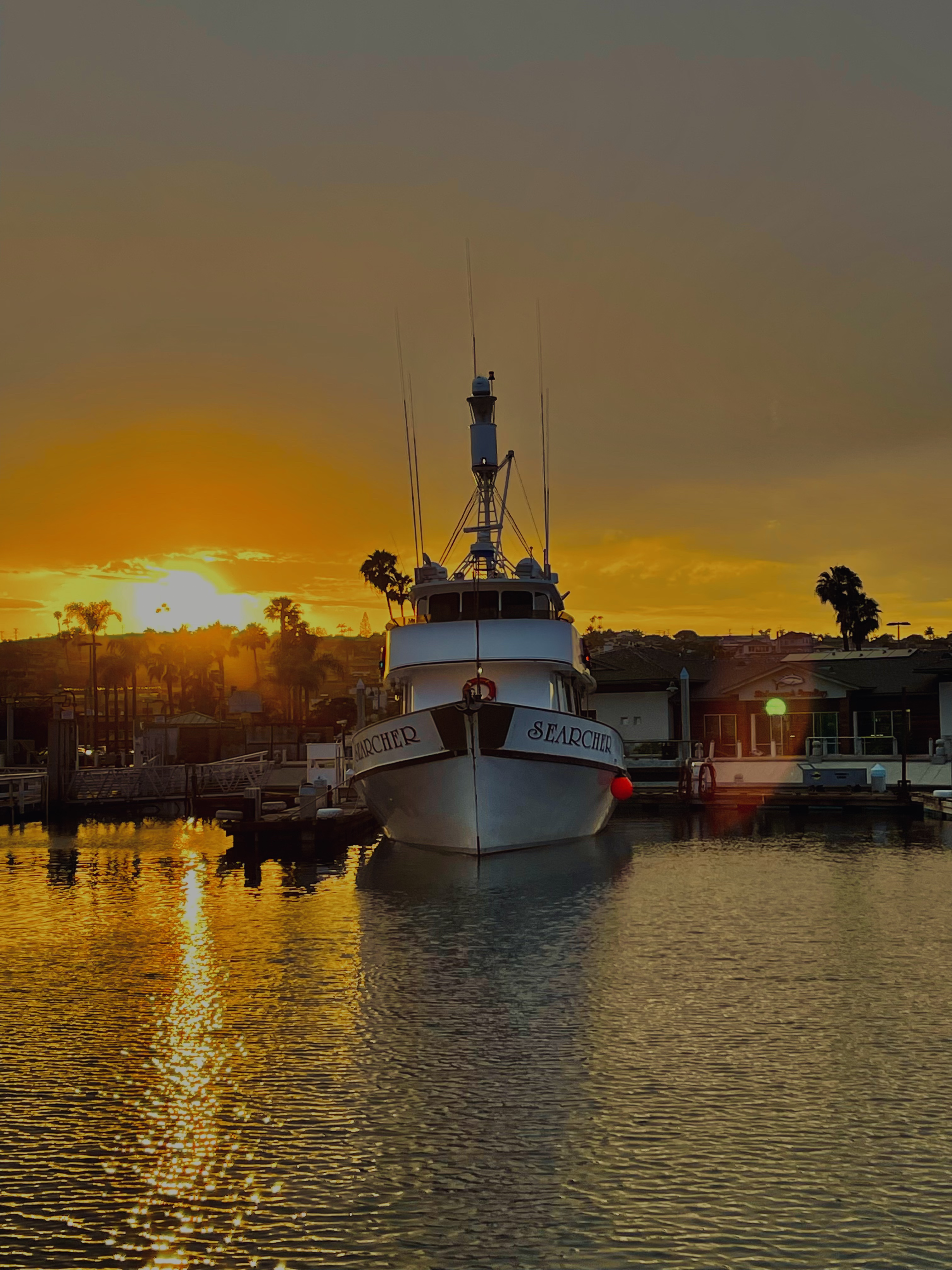 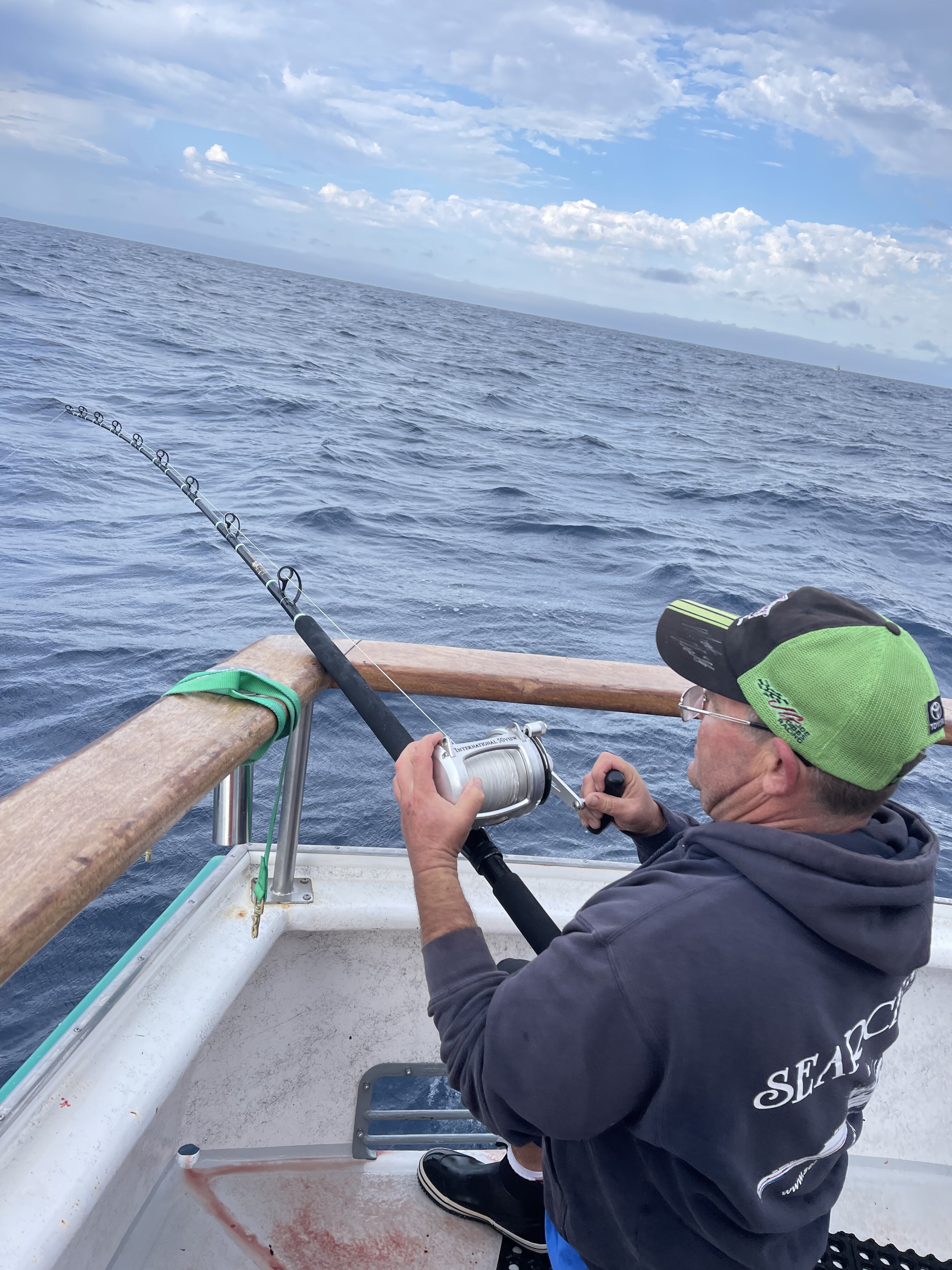 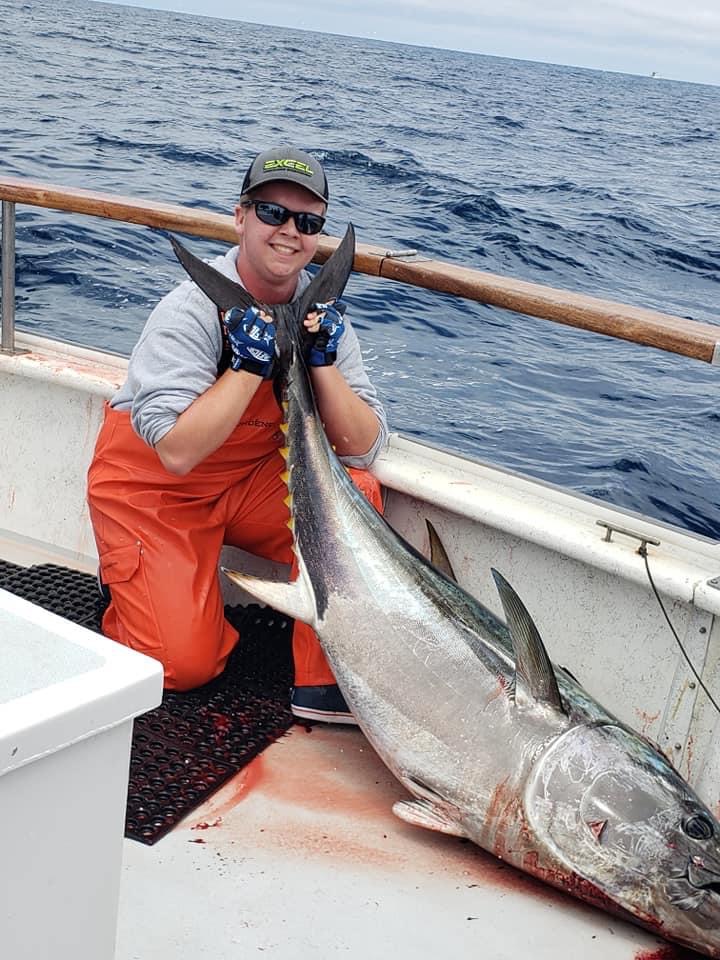 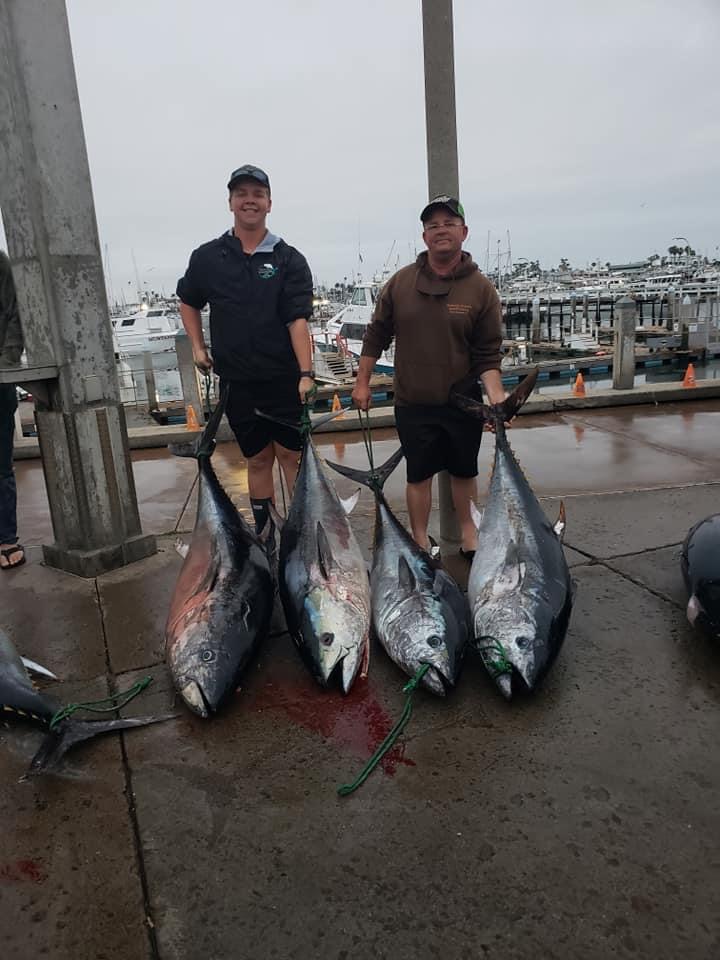 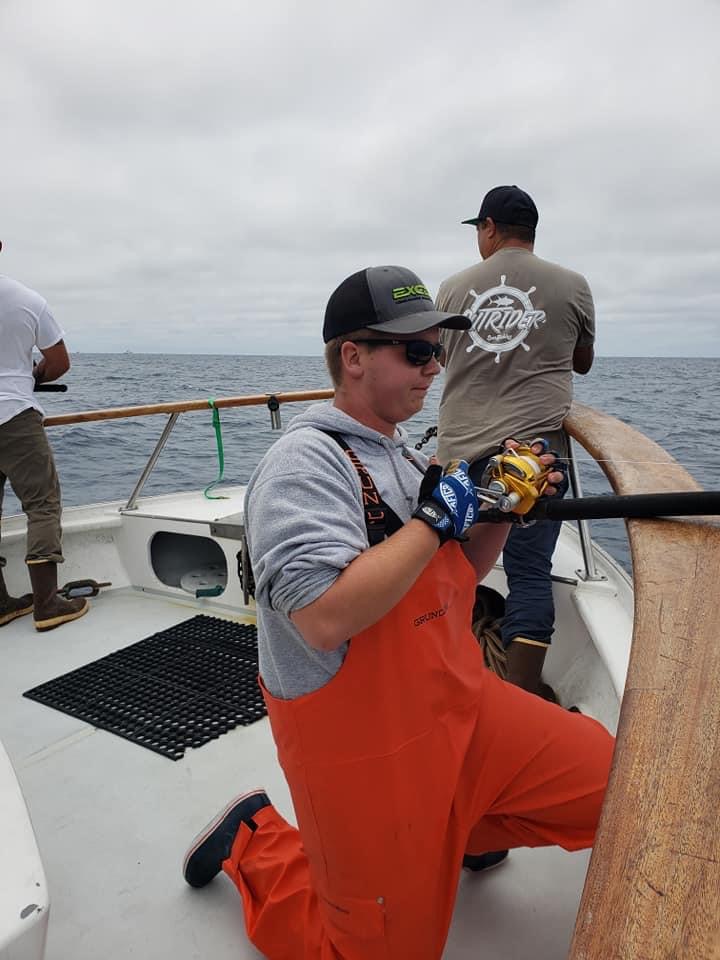 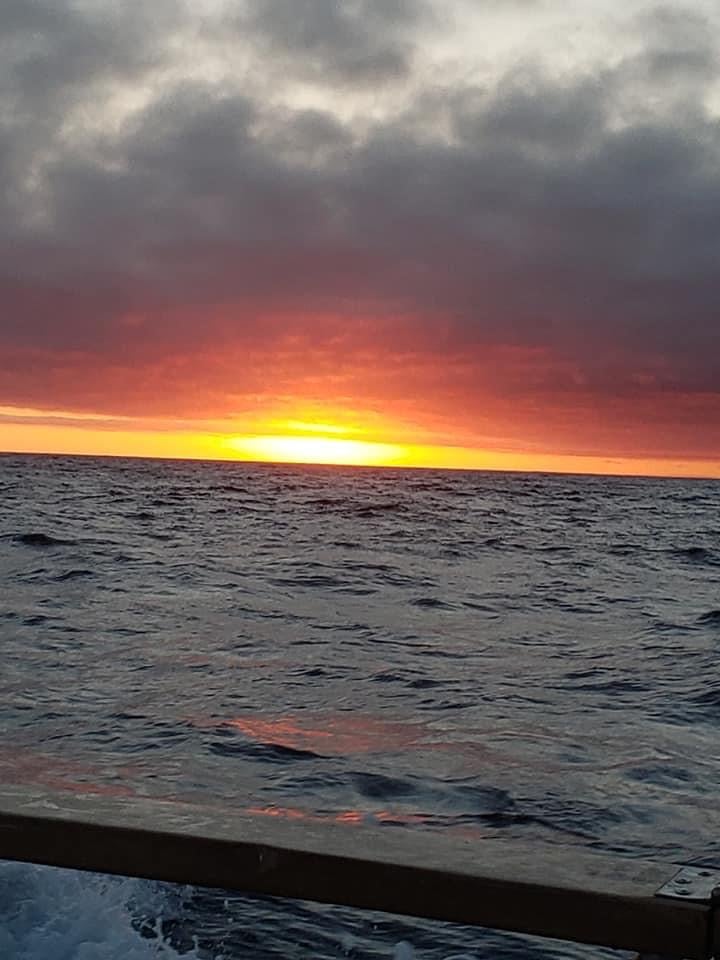 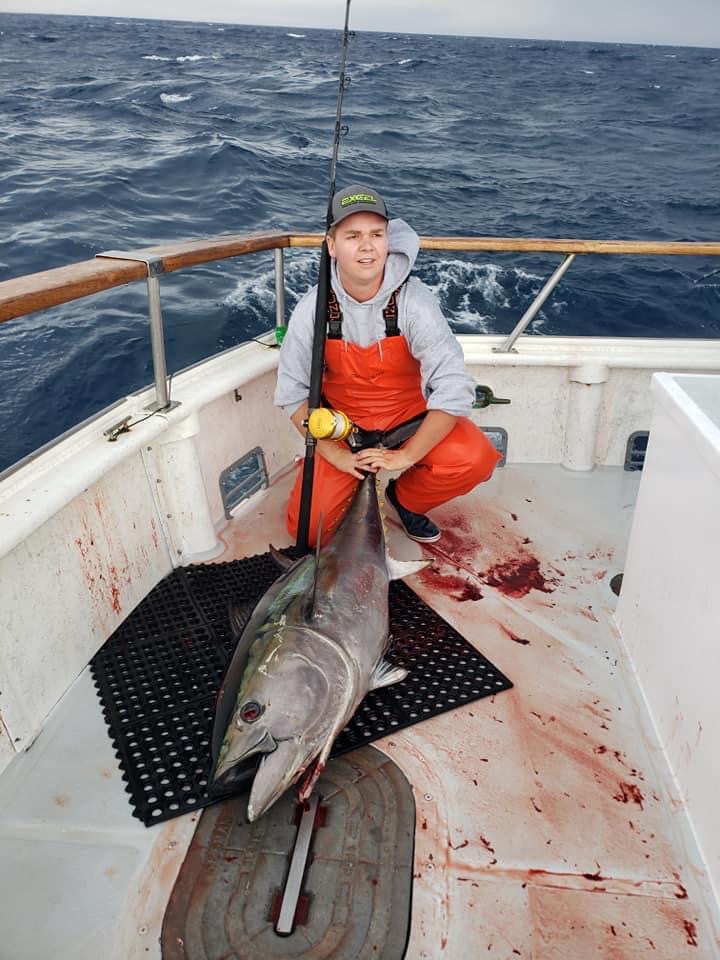 1143 Miles From The Landing

Proper report.... !!!!!!!
Toggle signature
" All that is necessary for the triumph of evil is that enough good men do nothing "
Upvote 0
W

Great post brother...nice picts too. Happy for you...and ALL those OUTRIDER passengers. Thats a great boat...and hard working crew if I ever saw one. And.....aint that KITE a great thing!! Your "tips" .... great advice brother.
Upvote 0

Gotta get on that boat!
Upvote 0

Great post. The kite and the flyer seems to still be the ticket. I am surprised other boats don't allow people to put out a kite when the crew is busy. I went on a trip recently and we probably would have had many more kite bites, but the crew was always busy and wouldn't allow us to deploy a kite that I brought. No means no, but it is extremely short sighted IMHO. Also, if you are fishing the kite, don't use an electric reel, you don't have as much control over skipping the bait in and out, which is what is required to increase the bite rate. Last year, our kite got 3 big fish in 3 hours, the boats 2 kites got 1.
Reactions: Tugboat64
Upvote 0

Good on you deploying your 3 heavy rods on the kite and helping out. I'm sure that increased productivity and the rhythm of the kite. Love seeing the kite going in and out in and out. Sounds like there were times when as fast as the kite could get back out, the bait gets stomped. 35 or so big blowouts is exciting stuff. I just like to see them. That's the real deal 1.5 day with bait fish and jig fish

Balloon and kite fish on a 1.5 day. Was not like that when I was young

Heavy cowfish on the 70. Nice to hook the fish. Cool you and your paps got to feel the fishes power run and got to pull on it

"Everyone wanted to be there"

Testament. 2019 first week of June. Just finished 3 trips on the Shogun and we found allot of very difficult schools. Then did a 1.75 day with Jeff and poked around outside nados before dark. At dark he ran 90 miles south while the entire fleet was 50 miles north of us. He found the first school of YFT for the season off of Collonet then hit 2 kelps for yellowtail. At 8am got on a 11 hour BFT 65-80lb plunker. Not another boat insight all day until he called in the Intrepid, who was running south on a 8 day. The fleet was too far to run down to us. Paid off to break free from the fleet. The intrepid found a school 1 mile away that bit. Next day the fleet got em.

Would like to fish these limited load 10 angler trips. If the kite it bitting. 10 anglers is the way

Fantastic report! Headed out July 13 on the Excel and hoping some hungry Bluefin are still around.
Upvote 0
Show hidden low quality content
You must log in or register to reply here.