On the water report, Newport Reef 6-14 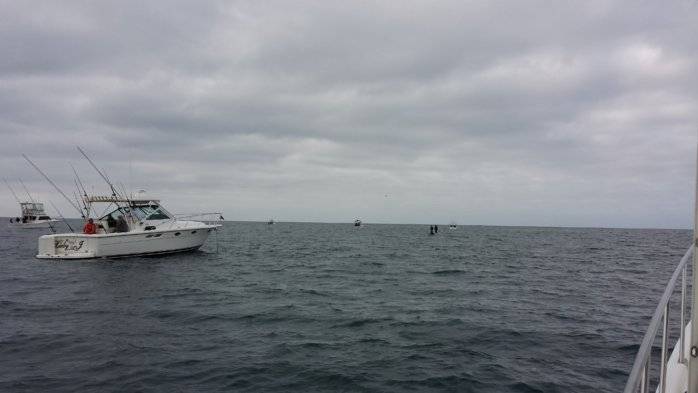 We got here at 12:30 this morning, and were the 3rd boat here.
At 6 am, there were 24 boats & we've watched a dozen wsb get boated, including one by our new neighbor off our port side (just a squid-throw away).
All fish were caught after 5:30 or so.
Lots of marks, but no luck on this boat so far.
Reactions: Simon Bon Bowery and johnnykhem
Upvote 0

Thanks for the WSB report, any cuda? Keep them coming
Upvote 0

Chad it's all about the timing or dumb luck one of those good to see your out on the water
mike
Reactions: chad gee
Upvote 0

No barracuda, but sandies are passing the time. And Cory just pulled a 7# calico 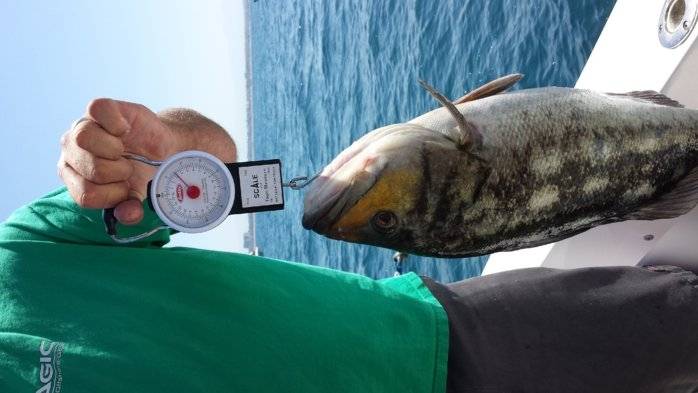 Hey Chad I hope you got one on that new truline. If you are still out there good luck.
Reactions: chad gee
Upvote 0

We had fresh dead for bait, and some macks that we jigged up, until we got the call that Pamela Rose was on the way in, and to come get some live squid around 1 at the Newport barge. By that time, only a few boats were left, with not much action except calicos & sandies.
Ran down to the barge & got a fat scoop of squid & baby spanish macks, & went right back up to where the fish were caught earlier, with only 1 boat left.
Basically caught calicos for the next few hours nonstop & had to finally call it around 3:30.
I'm guessing we ended up with 50-60 smaller calicos, 10 + sandies, 1 bat ray, and 0 wsb for the day, all fish released.
Very frustrating to watch fish get hooked less than 50 yards away by someone who just showed up, when you're marking fish all night long. Good times were had, either way. That's fishing.
Upvote 0

Hollllleee crap what a fleet on a 4 boat spot.
Reactions: Tin Slayer and chad gee
Upvote 0

rodngun762 said:
Hollllleee crap what a fleet on a 4 boat spot.
Click to expand...

You should see the video I took. Next time I run into you, I'll show ya.
Upvote 0

Right on Chad! Keep at you guy's will score,
Toggle signature

6/18/20 Catalina report they are still biting