Caught Fish, and had to put in the work to get them.

- Fun fishing, 35 to 45 miles from Point Loma
- Weather, warm overcast and perfect calm seas. Windy.com was accurate with light wind.
- Water around 69
- Worked just West 371
- Yellowtail on Paddies, Bonito on Troll
- 19 guys, 83 YT, 20 Bonito, 3 Dodo (next day had similar #'s)
- Mustang at Fisherman's Landing
- The fleet was spread out, not on top of each other.
- Paddies were hard to find, there were NOT a lot of them. The beacon paddy we worked helped out.

Last minute booking on for Friday night departure. Solo tripped it. Yellowtail on kelp has been the target for a while now. The weather looked good and limit-style kelps have been happening for a few weeks. With BFT way offshore and sketchy, YT/Dodo and early YFT seem to be a much more fun target.

We pushed off on time, got bait and headed out 35+ miles. The boat had fresh intel and some beacons on kelp. The goal was to fish first light on these. The crew was in the crows' nest at first light and spent the day looking. First kelp of the morning we put 20 on, and I had 3 of those. Good way to start the day at 6am. We kept hopping around all day for another 60 YT.

A buddy and I got beat up and skunked Fathers day weekend BFT hunting. Fast forward 4 weeks and this was more of the classic San Diego summer fun fishing.

What worked. 40LB and J hook. 1/0 - 2/0 hooks. Floro leader not required, so I skipped it. Just one more point of failure that isn't necessary. 30 LB would be just fine also. Some people were fishing 50 LB too. Flyline, surface, fresh baits. I count to 45, new bait, repeat.

I landed 7 of 9 hookups and did well. The boat as a whole was a bit shy of full limits but we did better than most of the fleet.

Lures worked for some. Salas 6x, yes. Colt Snipers didn't work, save them for the YFT. One guy was using a classic scrambled egg, heavier and did well. Light surface jigs were, Tady 45 style were so so, but worked with a longer sink.

What didn't work. 20 LB because you needed to get the fish away from the help and sometimes pull it out of the mess of people. My first two hookups were on 20 and 25, the fish went straight to the kelp and SNAP. Jumped to 40LB and what was the order of the day.

Most of the fish were not rats that yield 1 taco. These were nicer 12-18LB fun fish. Some rats in the mix and a few larger models, but overall they are good.

There were a few small Dodos, and Bonito were caught on the troll a few times. Kept and Smoked a Bonito, try it, here is a past post and recipe.

I have fished the Mustang several times in the past and the crew is great. Jason was the captain this trip. The crew was in the glass all day, kept the boat clean and as a bonus Curtis in the galley makes the burgers by hand, no frozen paddies there.

Overall numbers, the 1.5 day boats were very scratchy for BFT this last weekend, multiple boats had 1-3 fish. Not great. The Yellowtail was good for us, but you had to work. It was not limits on first stop, it was more along the lines of 5 to 20 fish per stop, but very fun. If you were on your game you could catch your personal Limits+.

Ready for the next trip already. 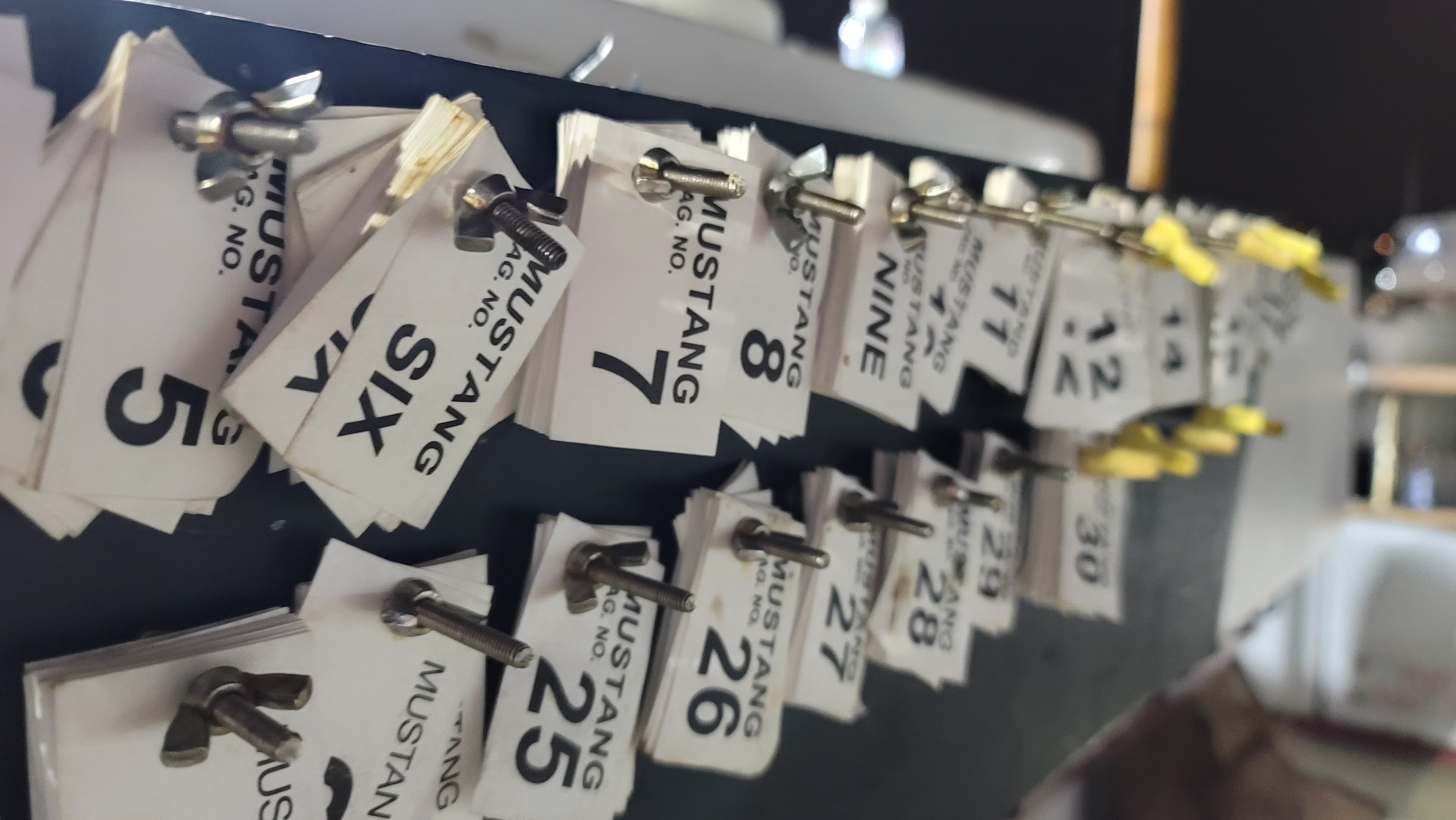 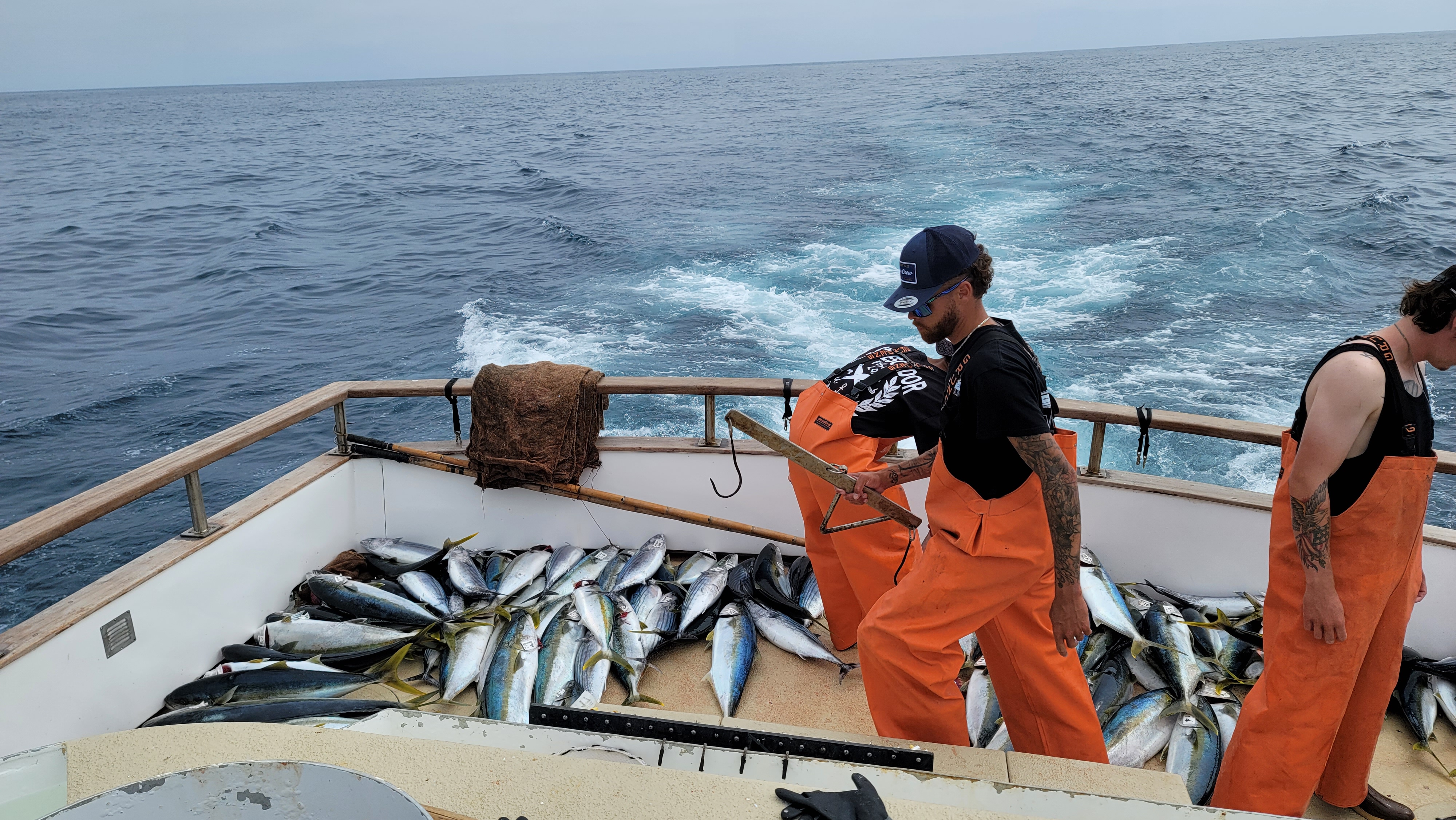 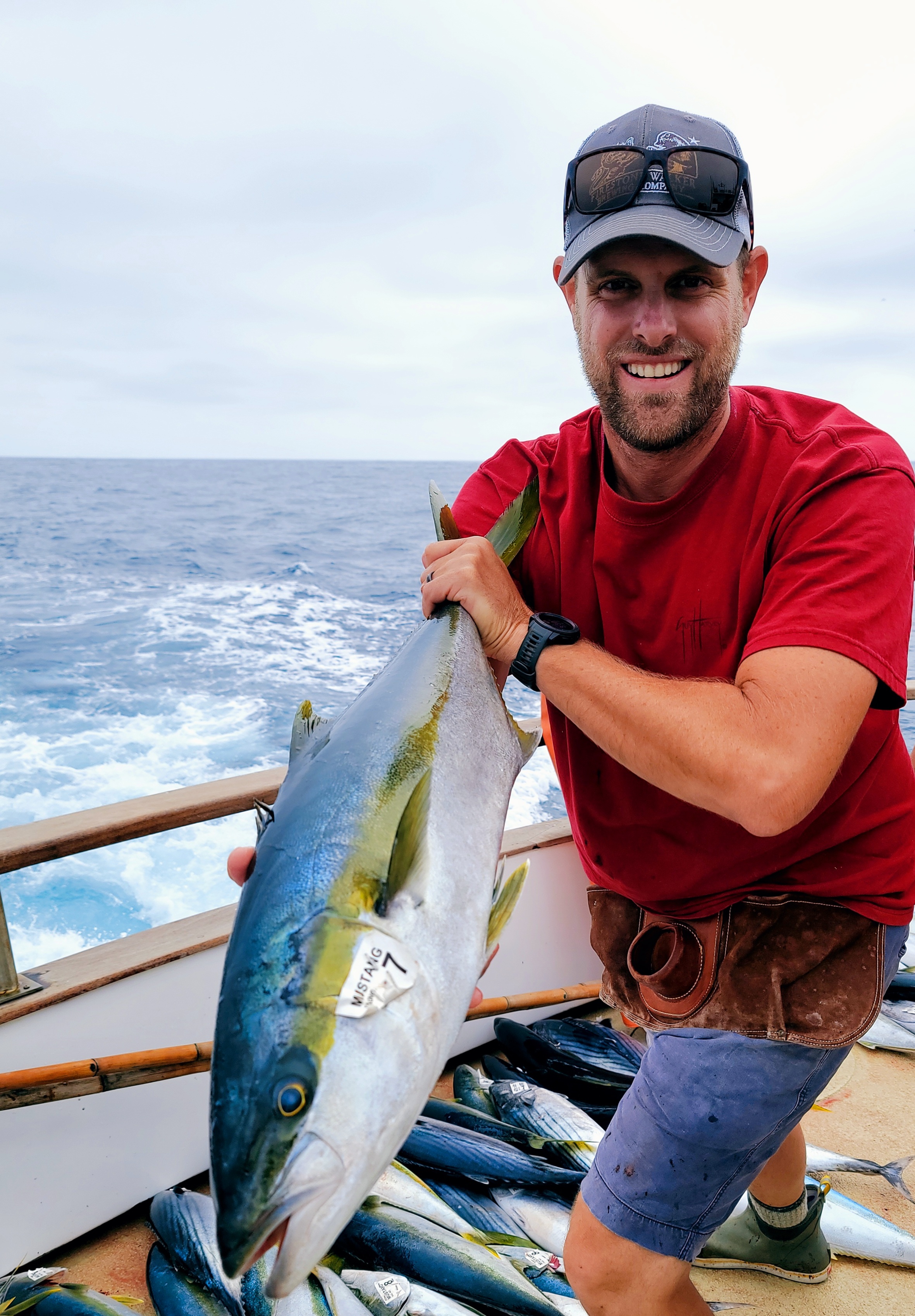 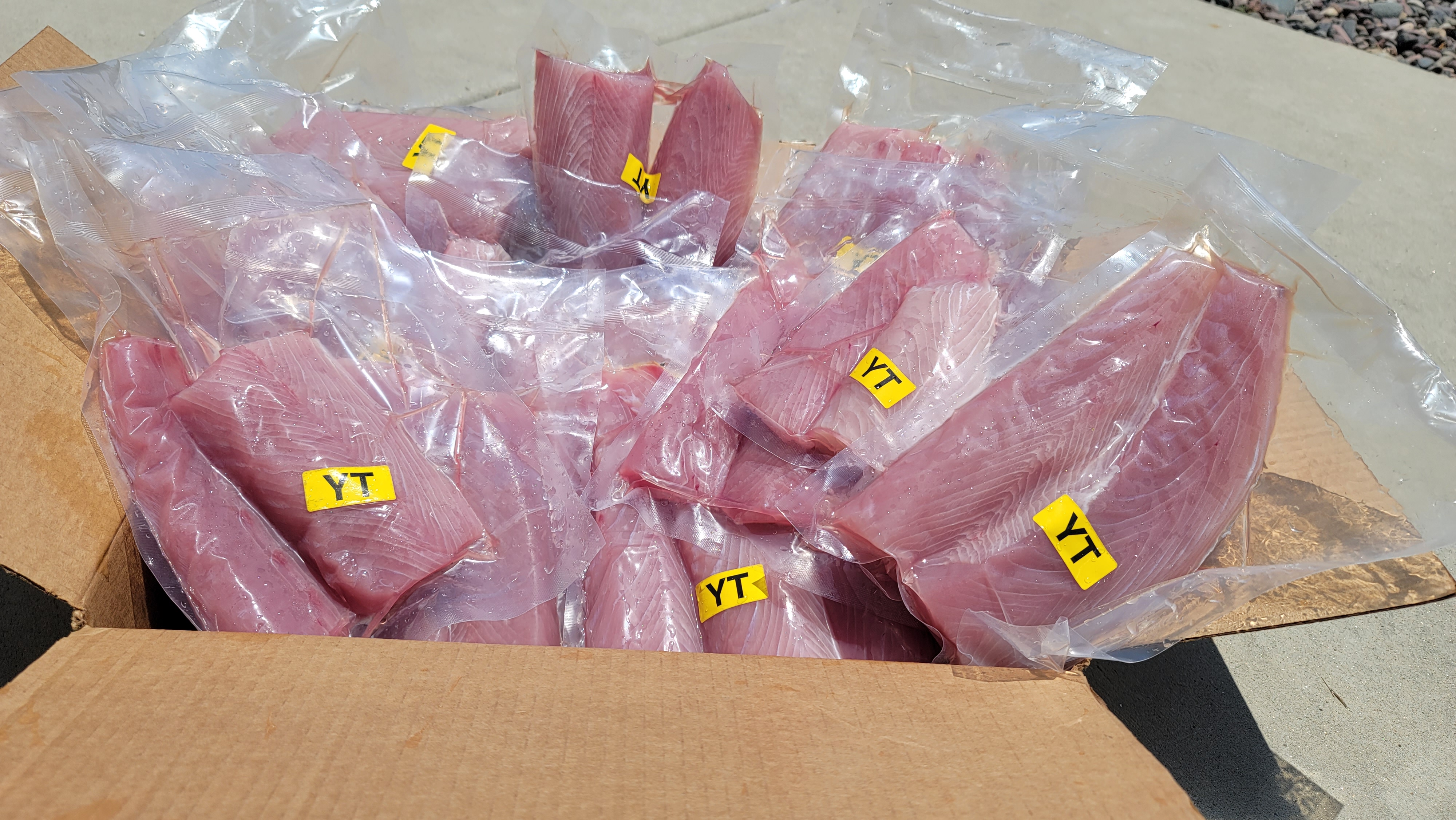 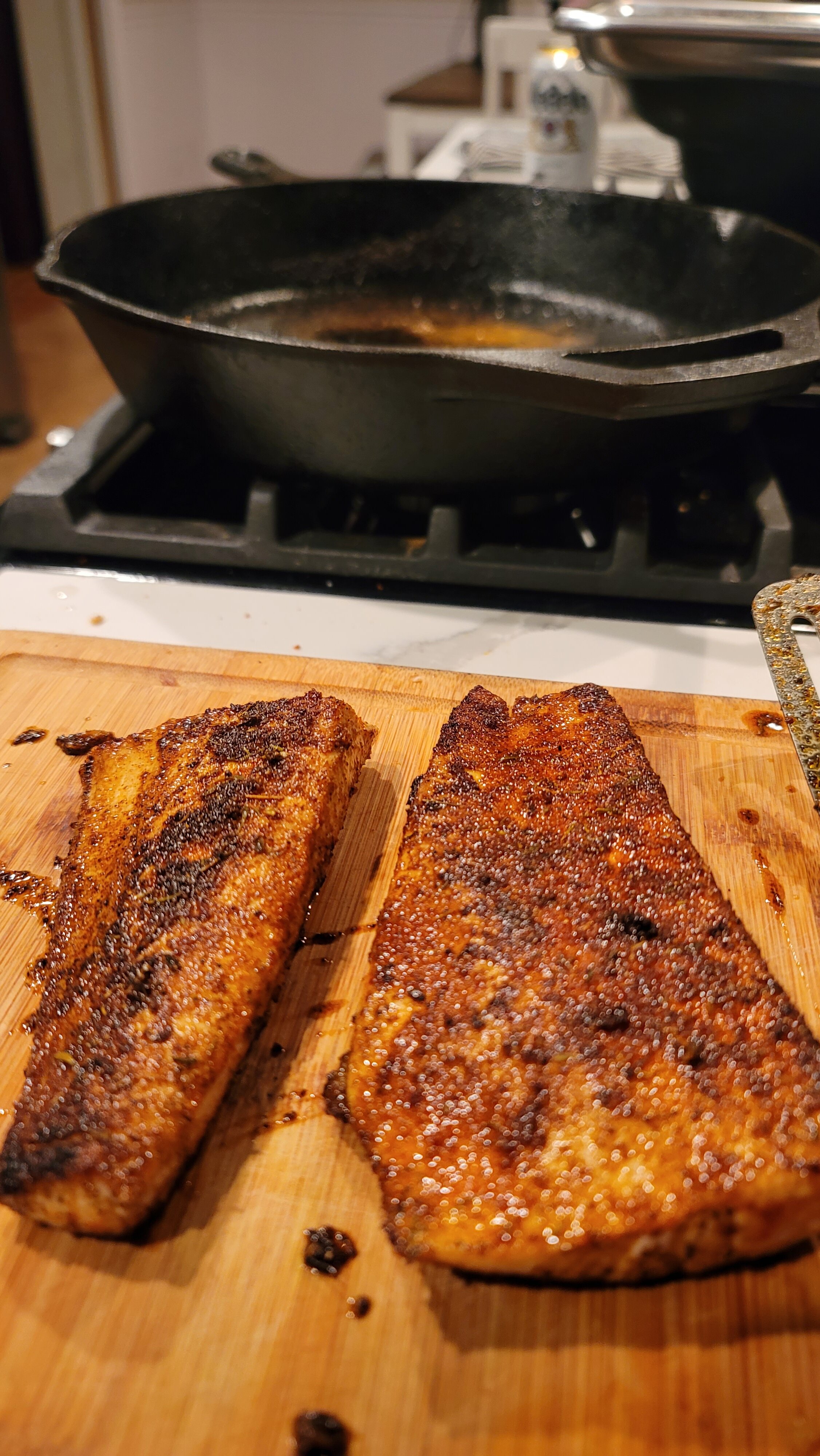 Cut Yellowtail or Rockfish filets in Half,or smaller sections for tacos
Whip 2 eggs in a bowl
Add 1 can of Italian Bread Crumbs in a 2nd Bowl
Heat Canola or Olive oil in a pan 1/4'' or so deep
Coat fish in egg batter, roll and cover with Italian Bread Crumbs
Cook in oil on both sides until golden brown. Drain in big bowl with paper towels in bottom.
Reactions: kurtisw
Upvote 0

Cut Yellowtail or Rockfish filets in Half,or smaller sections for tacos
Whip 2 eggs in a bowl
Add 1 can of Italian Bread Crumbs in a 2nd Bowl
Heat Canola or Olive oil in a pan 1/4'' or so deep
Coat fish in egg batter, roll and cover with Italian Bread Crumbs
Cook in oil on both sides until golden brown. Drain in big bowl with paper towels in bottom.
Click to expand...

Sounds good. We will try this week! Thanks

Yellowtail is a favorite of ours.
Upvote 0

For The Win, for the acronym challenged.

Nice work, and great intel. Those are great size YT. I just ordered that rub!
Reactions: kurtisw and pacificscout
Upvote 0

Good fishing with you. I landed 4 on bait. 2 on yoyo. 2 on surface iron. Handed 1 off.
Always love fishing the Mustang.
Reactions: kurtisw
Upvote 0

I had to go drool over the pictures one more time.
Reactions: kurtisw
Upvote 0