I've had this day on the calendar for awhile to take out two good buddies of mine. One has never been outside of the bay and the other just returned from deployment and is moving in November. With the fall fishing somewhat falling on it's face, I was hoping just to get on some fish for these guys to pull on, even if it wasn't anything sexy. 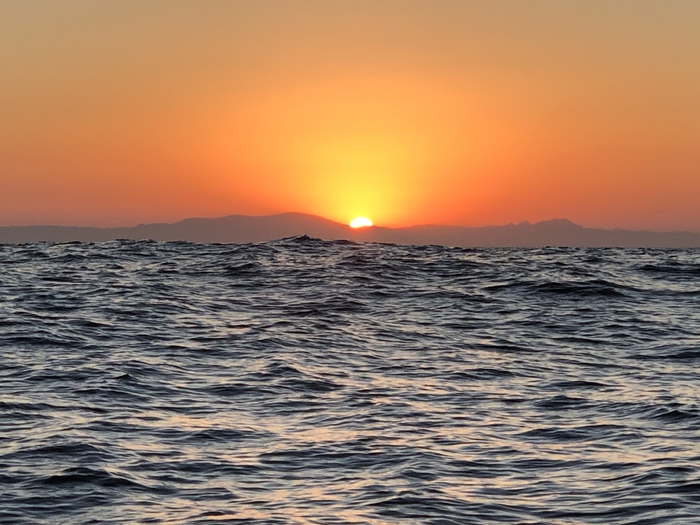 Weather was nicer than expected, less wind but more swell, my newbie did not get seasick, and we found a huge paddy first thing and got to pull on some rats, including his first yellowtail, which he was thrilled for. I suppose mission accomplished already. Metered some fish underneath but wanted to save our limited chum, so I waved in the Grande and had them use their chum instead, but nothing popped up. This was in the green cold water (68) nearish the 302 (take a look at Tempbreak and you'll see the two clear breaks in this area - focus on these breaks). 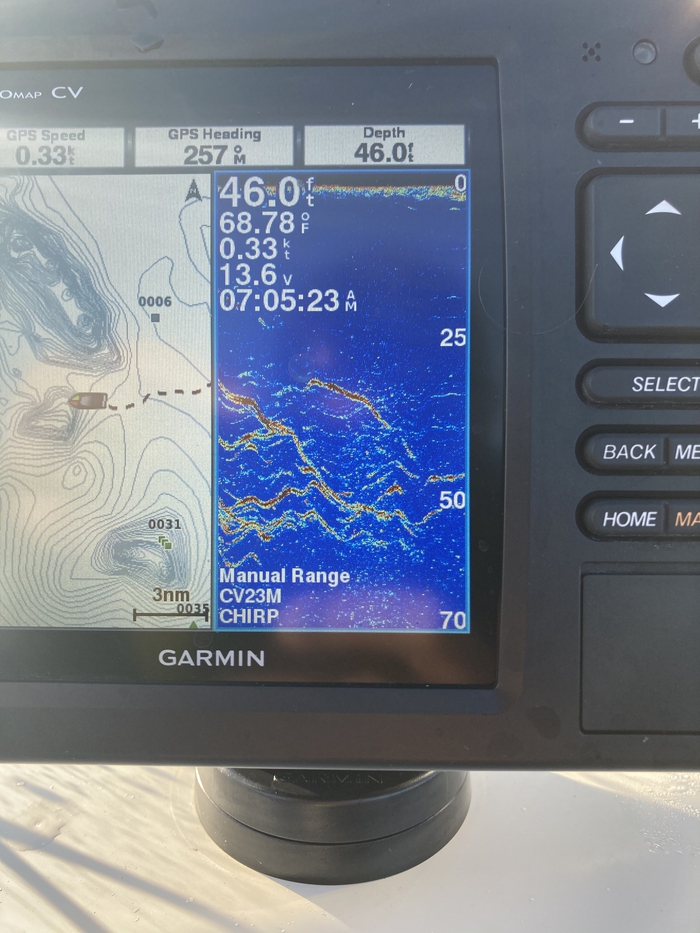 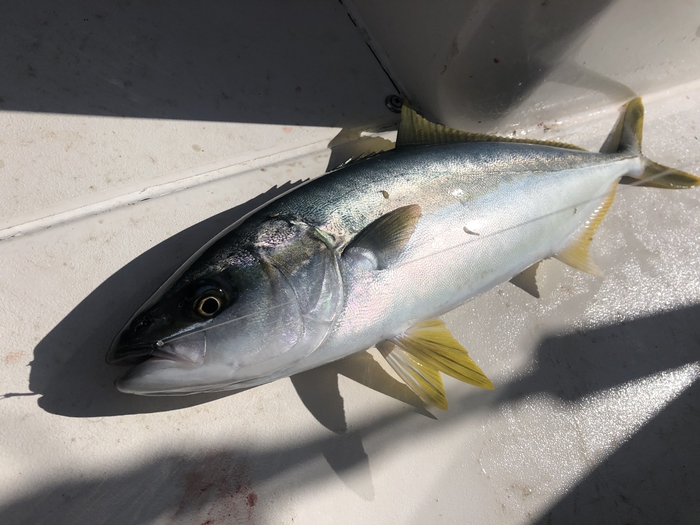 I moved East to find the warm side of the break, which we did (70) and soon after found another nice paddy loaded with rats that were just a tick bigger but way more aggressive and rushed the boat. My guys had a blast pulling on them with bass spinning gear and kept a couple for dinner. Was about to pull the plug after maybe 30 min or so to find something else when we spotted a nice dorado in the mix, and then another one. I threw a jig which they hit a couple times but wouldn't commit. Couldn't get through the rats to feed them a bait, but we worked hard on it for 15-20 min and finally got one isolated so I could drop a bait on it's head. Was a quick but hectic battle and a lot of excitement for a 10 lb dorado, but hard-earned and better than a 3 lb yellow. Looking back at the underwater footy the dodos were actually in the mix the whole time we just didn't see them. One was a nicer bull too, bummer (see if you can spot it below). 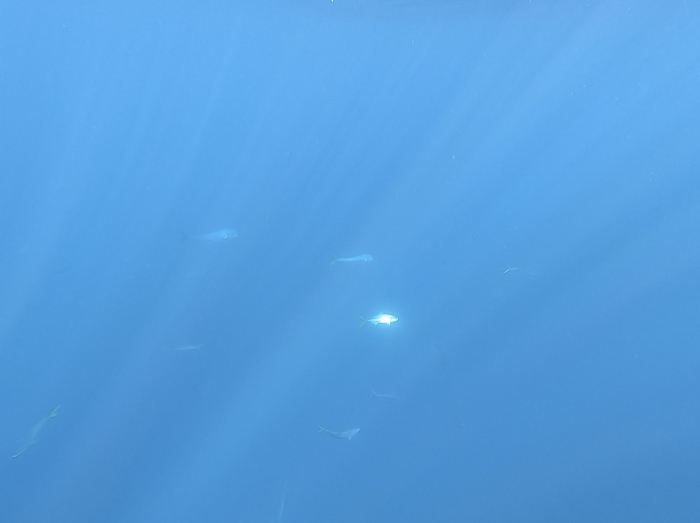 Short video sequence of the lone dodo (TRIGGER WARNING: some grunting [I'm still in a walking boot, cut me some slack], and language [Justin is an actually sailor, so yeah]). 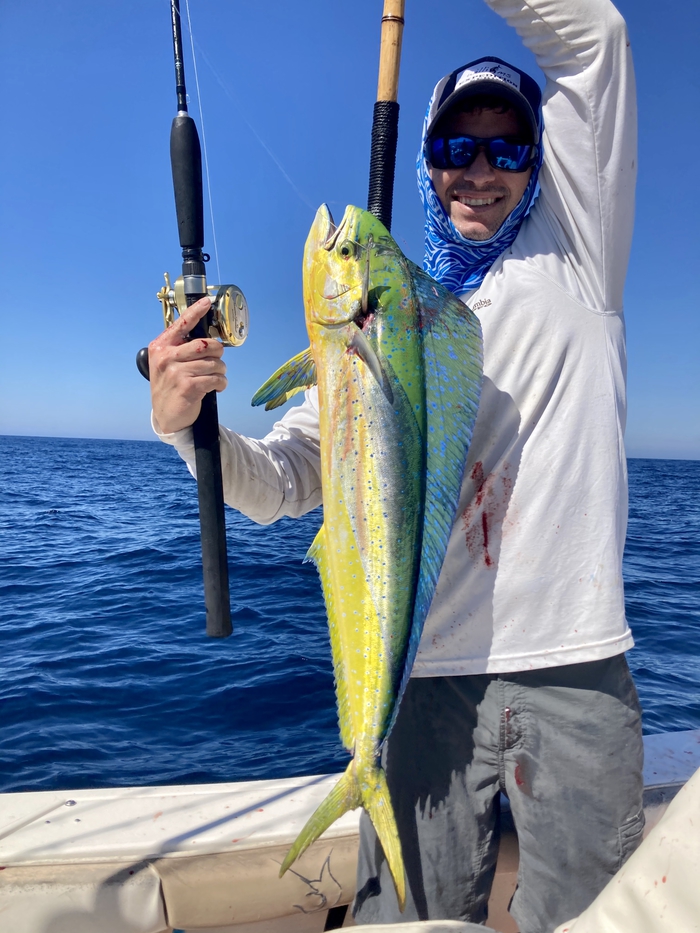 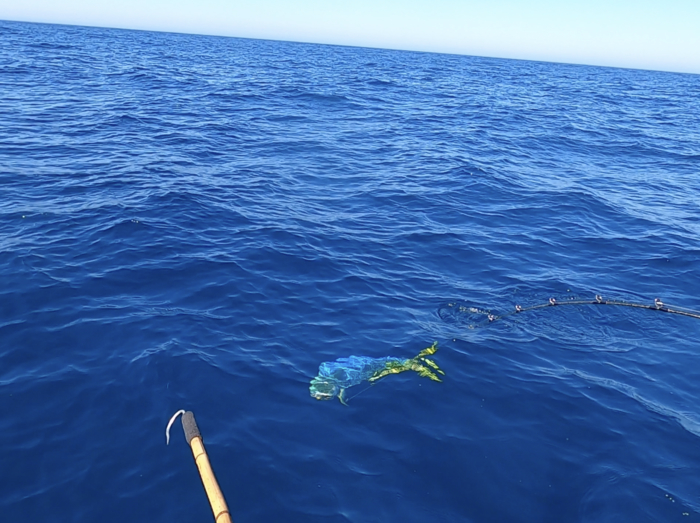 We went to re-set so we could try for the others but were distracted by a pretty big marlin jumper a few hundred hards away, and went and chased it to no avail. Couldn't find the paddy when we came back so we headed NE to other break in hopes of some tuna. Found a ton of paddies in a straight line in cold green water, but only found more rats and some bonito. I bailed early so we could hit the islands and maybe have my rookie pull on some bigger bonito for sport, but conditions were terrible. 67 and super green. Caught a bird and called it a day.

Not exactly what I would normally hope for this time of year, but it was a great day with the boys and many beers were conquered. There is definitely still fish in the area, just need to find the right kelp. Not much surface signal otherwise. At least Shelter Island was a ghost town at 0515 - that alone is a win! 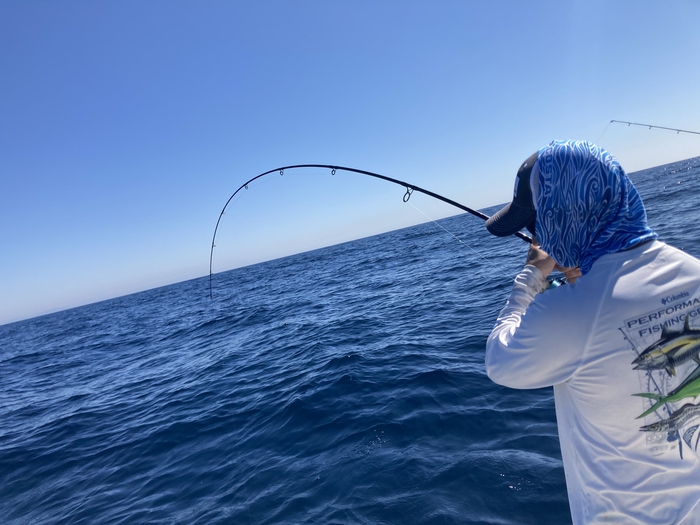 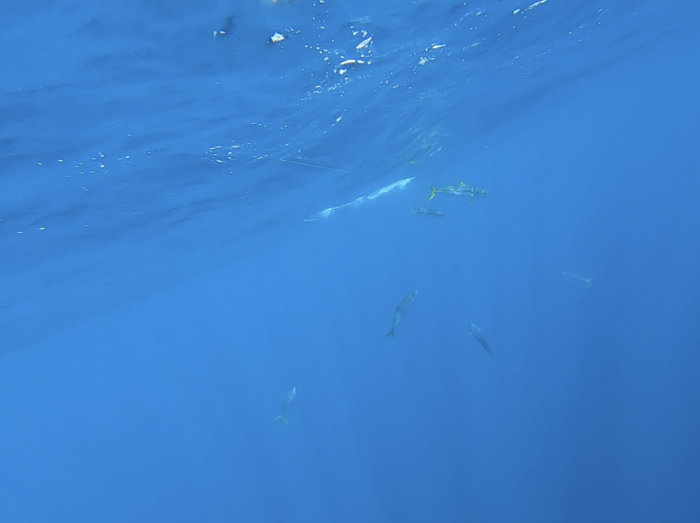 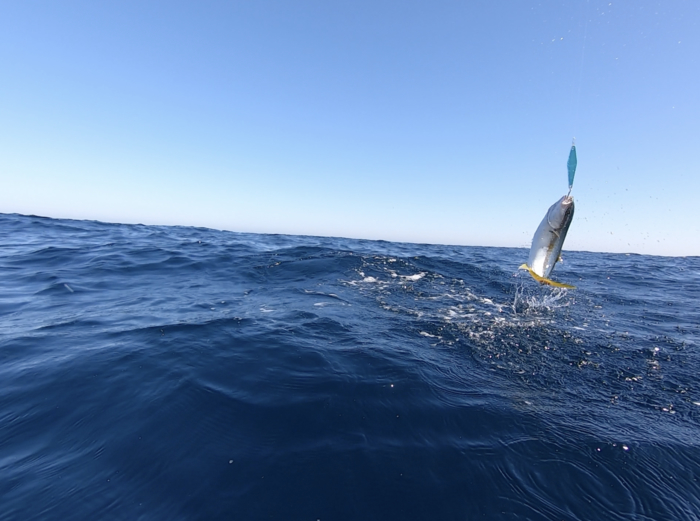 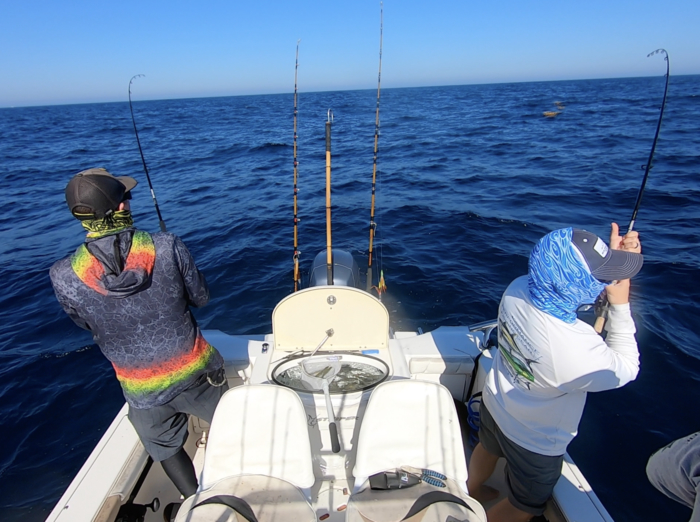 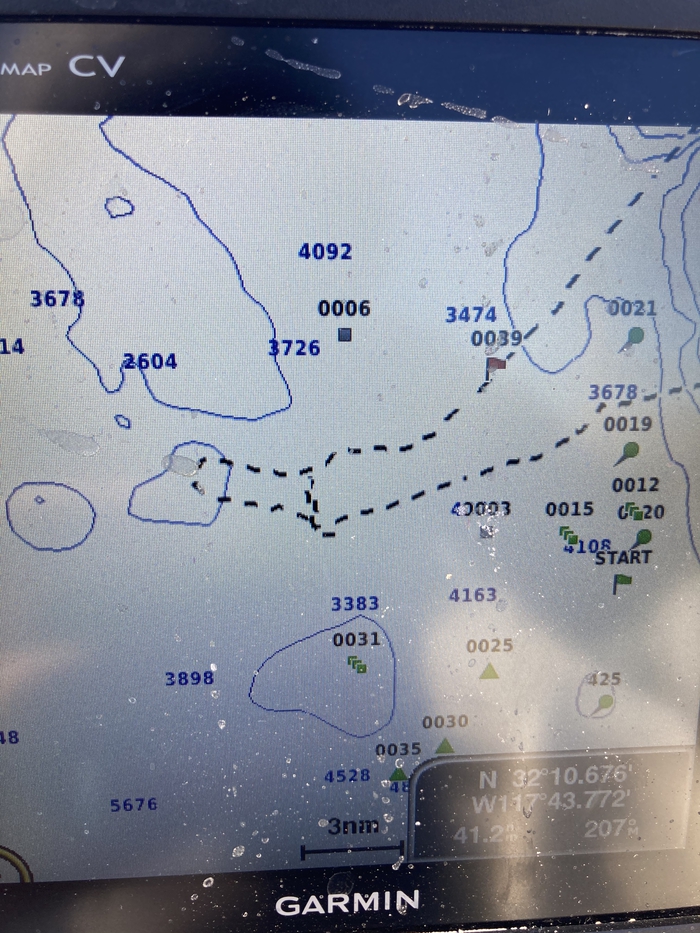 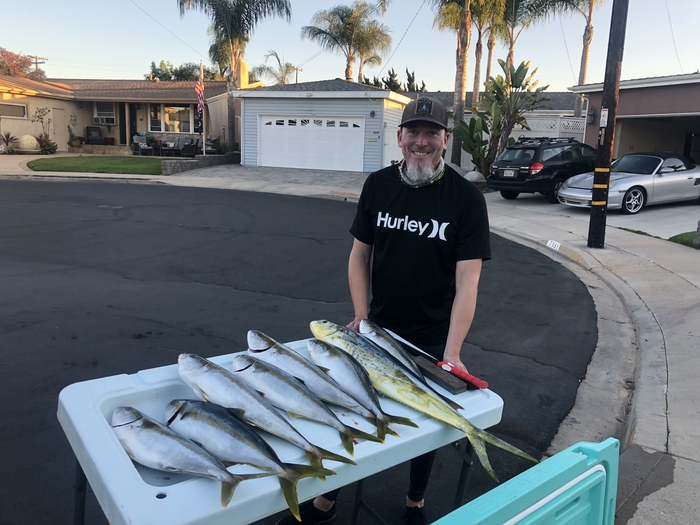 The Yellow's are actually he perfect grilling size. Yes we all prefer the bigger ones, but these eat well.
Upvote 0

Great pictures. Fun to look at. Thanks!
Upvote 0

Very cool! Thanks for taking active duty anglers out for some bendo! (Soft spot for me also). Fish don't need to be monsters when you're stacking memories with friends.

Sweet job getting your Brothers on some fish.

Nice paddy stop! I wonder if that's the paddy the Grande had their satellite tracker on. When we pulled the boat out Tuesday one of the crew was asking if we picked it up because the signal was in the lot somewhere. I guess you're their new paddy finder.

will work for fuel!