I have caught tuna in November before - but normally I have had to run at least to San Clemente Island, if not farther to the Tanner or Cortez banks.

I have certainly never seen anything like the volume of tuna I saw this past Saturday, so close to Catalina, this late in the year.

Have I mentioned that I love fishing offshore in the fall? 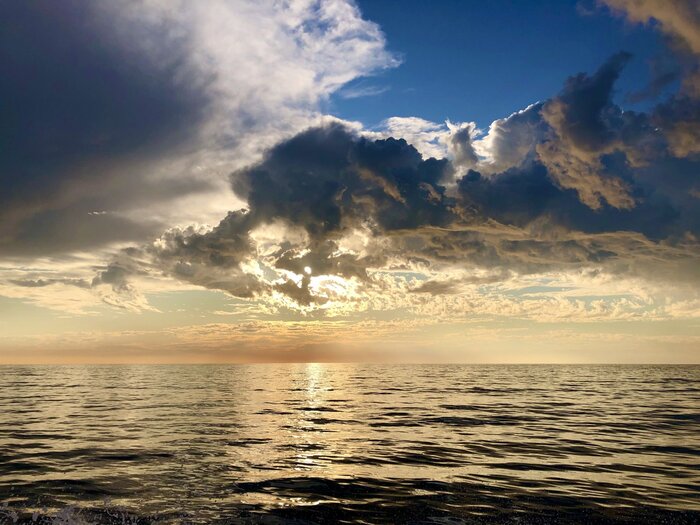 Anyway, I was expecting to do a lot of driving around until things hopefully picked up in the afternoon - but that was not the case. First thing in the morning, right off the Island, and we were seeing yellowfin tuna all over the place. Tuna foamers, tuna on dolphin, tuna on whales, tuna under birds, just tuna everywhere really.

Early in the morning all the schools were on the anchovy, and as I have usually found to be the case in this situation - they were very eager to eat the popper. 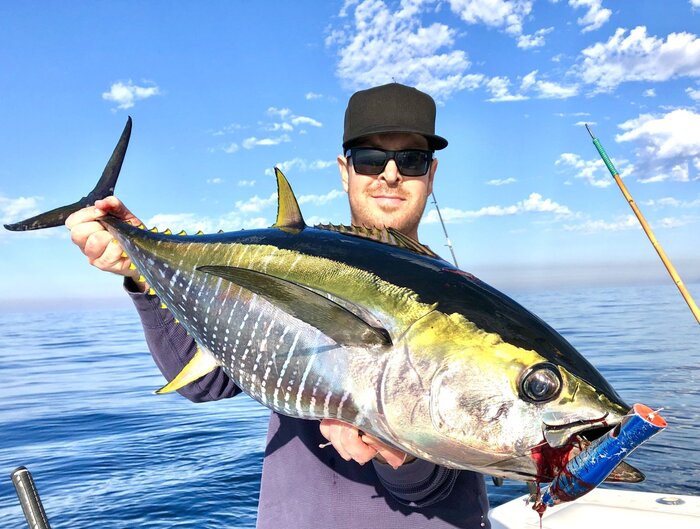 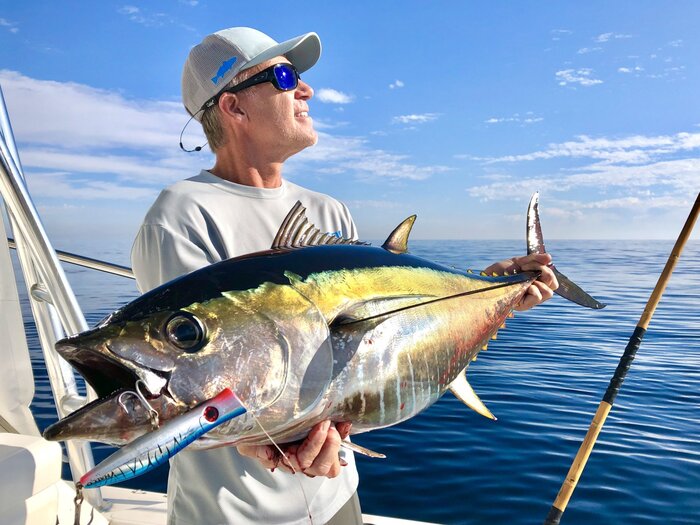 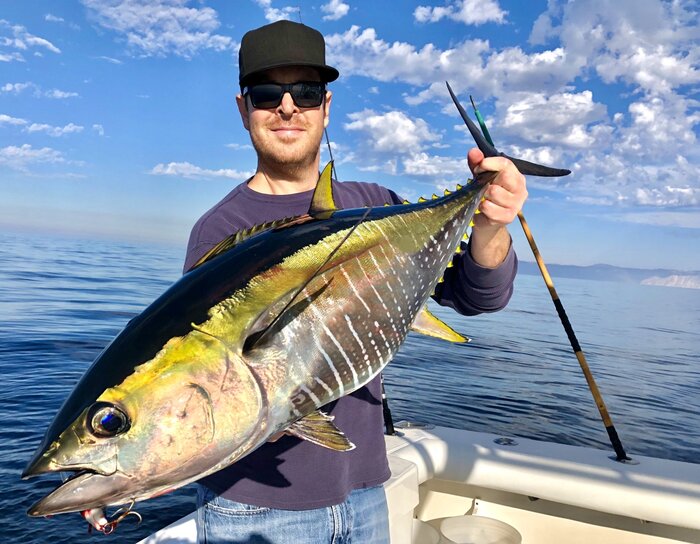 After getting several fish on the top water - we did a little hunting around looking for some bluefin, but all we found was more yellowfin and some big skipjack.

We finally gave up on our bluefin search, and pulled up on a big school of mixed yellowfin and skipjack. I dumped a ton of sardine on them and they went wide open and stuck to the boat for the rest of the day until we were ready to go - and we left them biting.

The yellowfin were all between 20 and 50+ pounds (Stephen got the jackpot 50 pounder on bait). The skipjack were big for skippies - 15 pounders. I hooked a ton of skipjack....while Stephen didn't hook a single one. Obviously not inviting him back on my boat again. 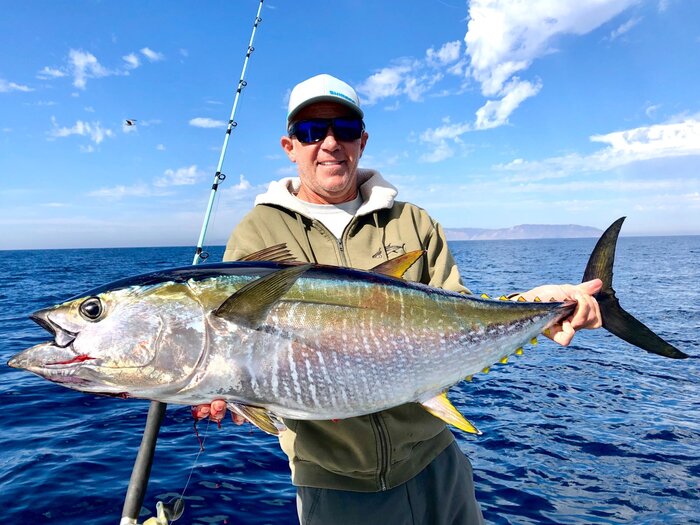 Last fish before we headed back to San Pedro: 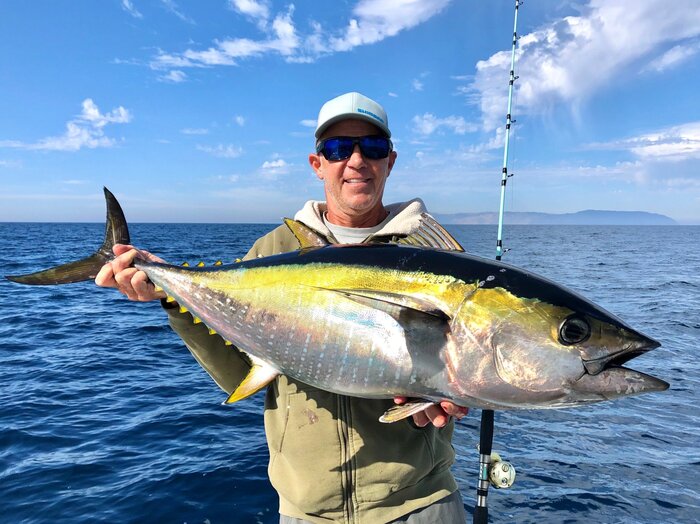 Jonathon.. that sounds like a slow day for you bud.. great job!
Toggle signature

As always, outstanding.
Toggle signature
Sometimes I wish i was a bird so I could fly over some people, and shit on their head.
Reactions: flyliner
Upvote 0

awesome day !!!!
since you'll have an open spot now on the boat. you have room to invite me...I'll trade you for a salmon trip up my way.
Toggle signature
you can't trip a tripper
Reactions: flyliner
Upvote 0

Bad Boys! Whatcha' going to do.

Any BFTs may have gotten lucky. Believe you would have nailed them also. Great fall catch. Congrats.
Reactions: flyliner
Upvote 0

Your pictures are always excellent!

Thanks for the report. Man those YFT sure are photogenic. Are you using an iPhone to take your pics?
Reactions: flyliner
Upvote 0

Nice tuna. Thanks for the report.
Reactions: flyliner
Upvote 0

Is that the back or front side of Catalina in the background?
Reactions: Jkastrow
Upvote 0

Offshore My best season in 65 years

Upvote -3
M
Islands Catalina with a side of bluefin (not)