Newbies on a Half-Day

I had a couple of pals tell me that they wanted to try fishing offshore instead of from the shore of a lake, and get their kids interested too. I get a kick out of starting people out, so I looked around and found that the afternoon half-day boat out of 22nd Street Landing in San Pedro, the Monte Carlo, has been carrying light loads most of the time. So we agreed to meet down there yesterday, Wednesday, at noon and go out for a few hours.

It turned out very well. There were only fourteen of us total on the boat, my group was more than half of that number, so we had lots of room. Other than a handful of line-crosses, I don't think that there was a serious tangle all day, even though the anchored boat was swinging in the breeze. It was strictly bottom fishing, the crew said that they hadn't seen a surface fish in so long they couldn't remember what a bonito looked like. The fishing has been pretty bad for quite a few weeks now for bonito and barracuda and yellowtail in half-day range out of Long Beach.

But that was OK with us. We put on 8-ounce weights and dropper loops and sides of sardines and sometimes whole sardines, and sent them down. It helped to have something besides a hook, a plastic tail or a bucktail jig or something, and red was the best color on this day. We would hook a sculpin pretty regularly, so I got to help the youngsters learn not to handle them casually, and nobody got hurt even though we brought a lot up. The vast majority were just a couple of inches too short, so everybody got to practice handling the fish gently and sending them back down.

The website says that the catch for the day was 46 sculpin. That was, I'm sure, the count from the cleaning table. I personally released a dozen, and saw a dogfish shark and several sand dabs and one rockfish brought up along with at least another hundred short sculpin. Everybody caught enough fish to keep them interested, it was a beautiful day in the sun with enough breeze to keep cool, and nobody got seasick. And introducing youngsters to the joy of a sportboat cheeseburger is a life-changing experience.

If you are frustrated by spooky bluefin, take a newbie fishing! 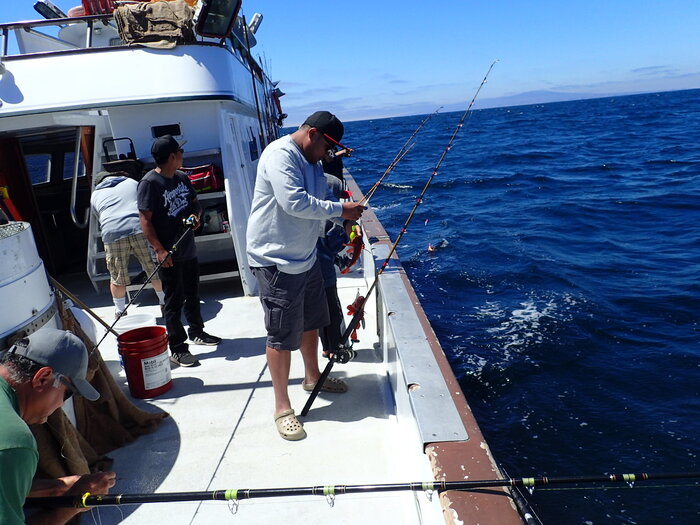 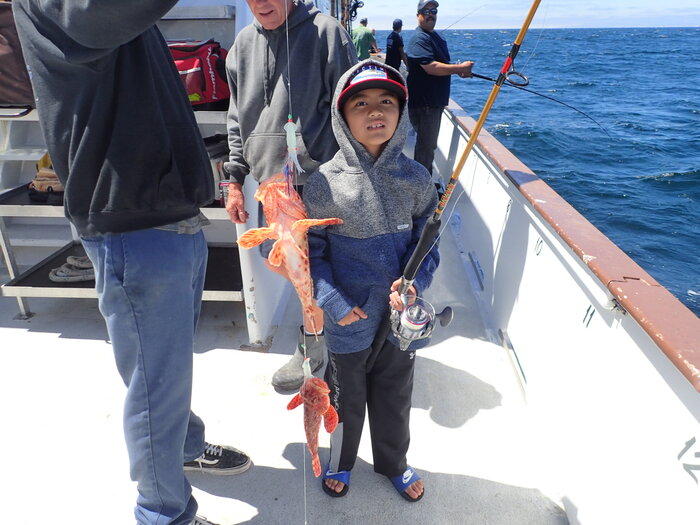 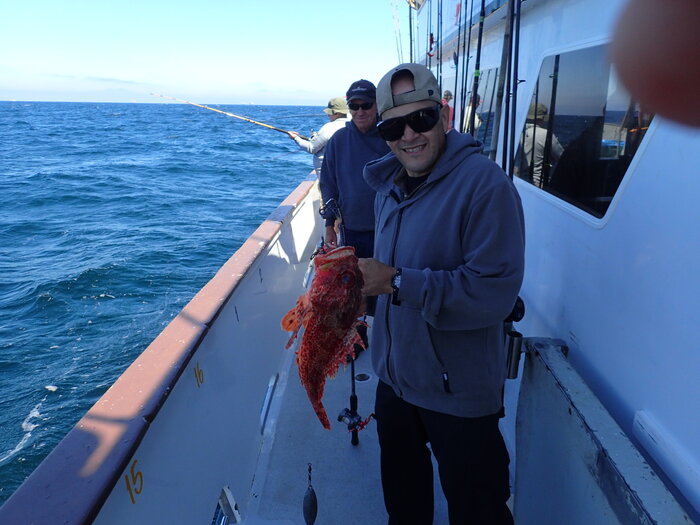 Big Sculpin!
Toggle signature
"When beholding the tranquil beauty and brilliancy of the oceans skin, one forgets the tiger heart that pants beneath it; and would not willingly remember that this velvet paw but conceals a remorseless fang." H.M.
Reactions: surfgoose
Upvote 0

Great report and way to change it up. hard to beat 14 folks on that size a boat.
Reactions: surfgoose
Upvote 0

Good job! Love the Monte!
Toggle signature
"You keep fucking with me, you da one gone be sleep, fo eva!"
Reactions: surfgoose
Upvote 0

Sculpin are my favorite local fish to eat.
Reactions: surfgoose
Upvote 0
A

Great work!! The industry owes you a Thanks for getting new fisherman on the water!
Reactions: surfgoose
Upvote 0
Show hidden low quality content
You must log in or register to reply here.

Inshore Half Day at the Shoe 4-4